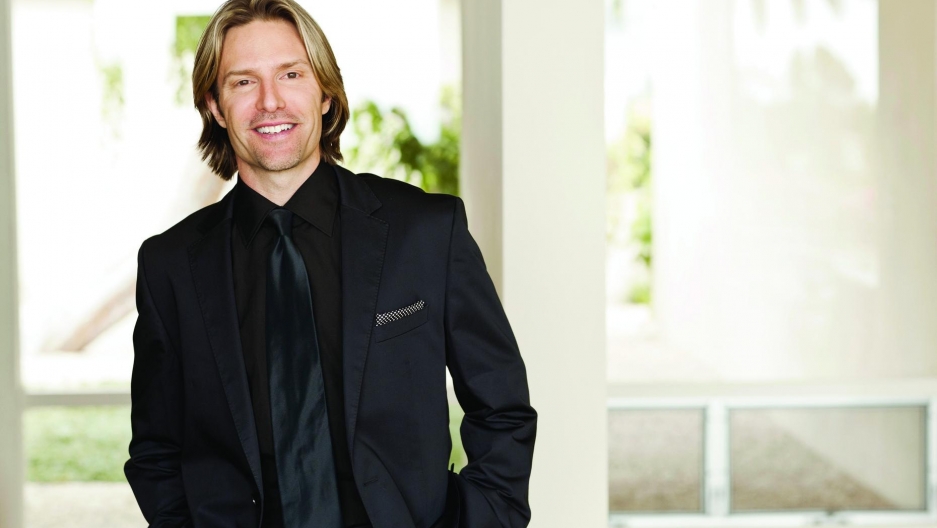 While classical institutions usually bemoan the aging audience, Eric Whitacre’s fan base is squarely in the prized demographic of 18- to 30-year-olds. Whitacre may be the most popular choral composer working today, with his music beloved by school choirs, university groups and professional singers alike.

The 49-year-old attributes his success with young listeners and singers to an active presence on social media, but it certainly helps that his sensibility is steeped in 1980s New Romantic pop. He’d still give it all up to tour with Depeche Mode: “Even if they don’t need a keyboard player, they’ve got to need somebody to carry their suitcases around,” Whitacre says.

But he’s serious in his admiration for their songwriting; he’s arranged the band’s hit "Enjoy the Silence" for his ensemble. “Some of these songs — they’re dated because they use ’80s synths and drum machines, but the songs themselves are poignant and genuinely moving,” he tells Kurt Andersen. “Some of my pieces, if I play them on the piano, bare bones, you can hear the influence of Depeche Mode.”

Whitacre’s most celebrated success has been online, where he’s organized a virtual choir consisting of thousands of people from all over the world contributing by video. He got the idea from a teenager in Long Island who posted a video of herself on YouTube singing the soprano part to his piece “Sleep.” “With the Virtual Choir," Whitacre says, "we’re trying as hard as we can to push the technology. Very soon, I hope, we’ll be able to sing in real time. I’ll be able to pull out my iPhone 8 and start conducting Beethoven Nine, and a thousand people can join in on their lunch hour, from their phones.”