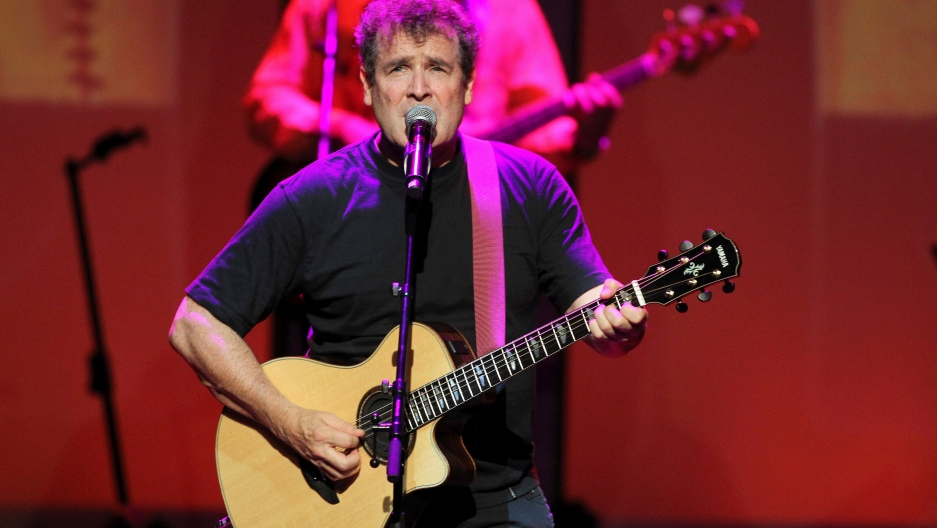 South African singer and songwriter Johnny Clegg, one of the few white artists to openly confront the apartheid government in the late 1970s and 1980s, died on Tuesday aged 66, his agent said.

He had been diagnosed with pancreatic cancer in 2015.

A Grammy nominee and Billboard music award winner, British-born Clegg was known by many South Africans as "umlungu omnyama," or "the black white person." He spoke fluent Zulu and mixed it into his traditional folk music, or "mbaqanga."

“His music had the ability to unite people across the races and bring them together as a community. We send our sincere condolences to his family, friends and fans. Clegg has made an indelible mark in the music industry and the hearts of the people”.
#RIPJohnnyClegg pic.twitter.com/I6fNlk6vk2

"His music had the ability to unite people across the races and bring them together as a community. We send our sincere condolences to his family, friends and fans," it said.

"Clegg has made an indelible mark in the music industry and the hearts of the people."

Clegg formed the band Juluka in 1969 with the black guitarist Sipho Mchunu at a time when mixing among races was still illegal under South Africa's institutional segregation.

The 1987 hit "Asimbonanga," a tribute to Nelson Mandela, who at the time had been imprisoned on Robben Island for over two decades, was one of the high points of a glittering career.

He went on to perform the song for Mandela on stage in South Africa at the popular Aids awareness concerts that Mandela organized.

After being diagnosed with pancreatic cancer in 2015, Clegg cut down on his public performances while undergoing treatment, which won him a period of respite.

In late 2017, he embarked on a farewell tour called "The Final Journey" that took him to 12 cities in North America before circling back to Africa.

The World's Marco Werman interviewed Clegg on "The Final Journey" tour. He told Werman about his remarkable dance education — in a hostel, home to mostly Zulu laborers.

As a teenager, he learned from Zulu laborers that he met in a segregated hostel.

"My passport was that I was a kid and I was not yet part of the oppressive apparatus," Clegg said. "I wasn't an adult. I wasn't going into the army. I was 15 and I had a genuine love and a genuine hunger for this and they recognized that."

Clegg also reflected on the origins of his guitar playing and influences in South Africa and played a "walking song."

Clegg was born in England, the child of an Englishman and a jazz singer from Zimbabwe (then Southern Rhodesia). After they divorced during his early childhood, his mother took him to live in Zimbabwe.

Related: South Africa is telling some radio stations they need to play almost all local music

He arrived in Johannesburg as a teenager in the 1960s, where he encountered the black migrant workers outlawed from the inner city by the infamous Group Areas Act and other racial laws governing nearly every aspect of life in the country.

He immersed himself in the lives of the migrant workers living in derelict hostels, learning the Zulu language, maskandi guitar and the dance styles the migrants often used to distract themselves from the harsh labor in the mines.

Clegg's politically charged recordings and multicultural outlook put him in direct conflict with the apartheid government, with much of his music banned from the airwaves and his public performances limited. Apartheid ended in 1994.

In a 2002 interview with Reuters, Clegg was hopeful about the future of the emerging democracy he had helped to build, saying: "In five or 10 years we'll see a more reflective youth culture."

Clegg received a number of honorary doctorates and awards, including the presidential Order of Ikhamanga.

Marco Werman contributed to this reporting.