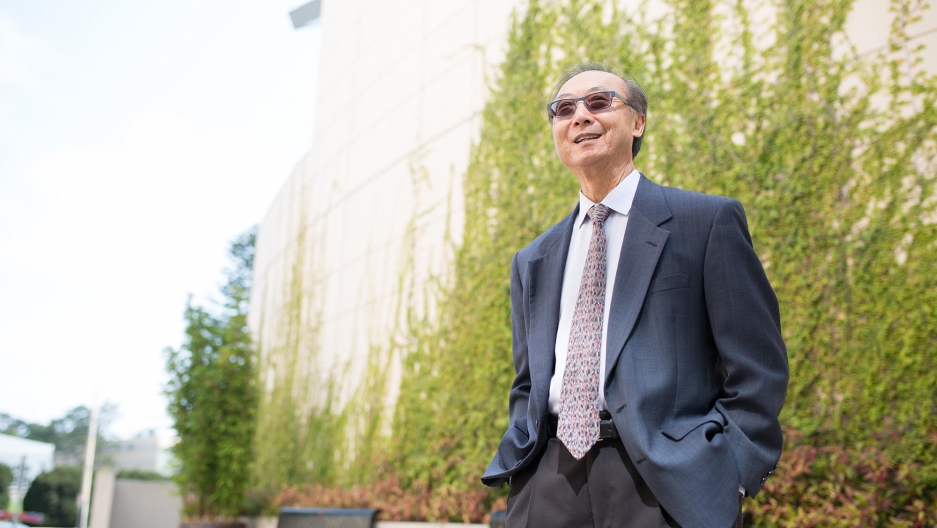 Bill Ong Hing, a law professor at the University of San Francisco, studies immigration policies of past US presidents. His latest book is titled, "American Presidents, Deportations and Human Rights Violations."

Courtesy of University of San Francisco

Once again, immigrant communities are bracing for immigration raids that will target people with final deportation orders, including parents of children who are US citizens.

Meanwhile, a small US Border Patrol holding facility in Clint, Texas, has recently become a focal point for debate after government inspectors and lawyers documented its squalid, overcrowded conditions. Border officials have denied the reports.

Related: How an ICE contract divided a Rhode Island city along racial and generational lines

For critics of the Trump administration, news of the raids and reports about conditions at Border Patrol holding cells characterize the administration’s hard-line stance on immigration. But how do Trump’s immigration policies compare to actions by past US presidents? 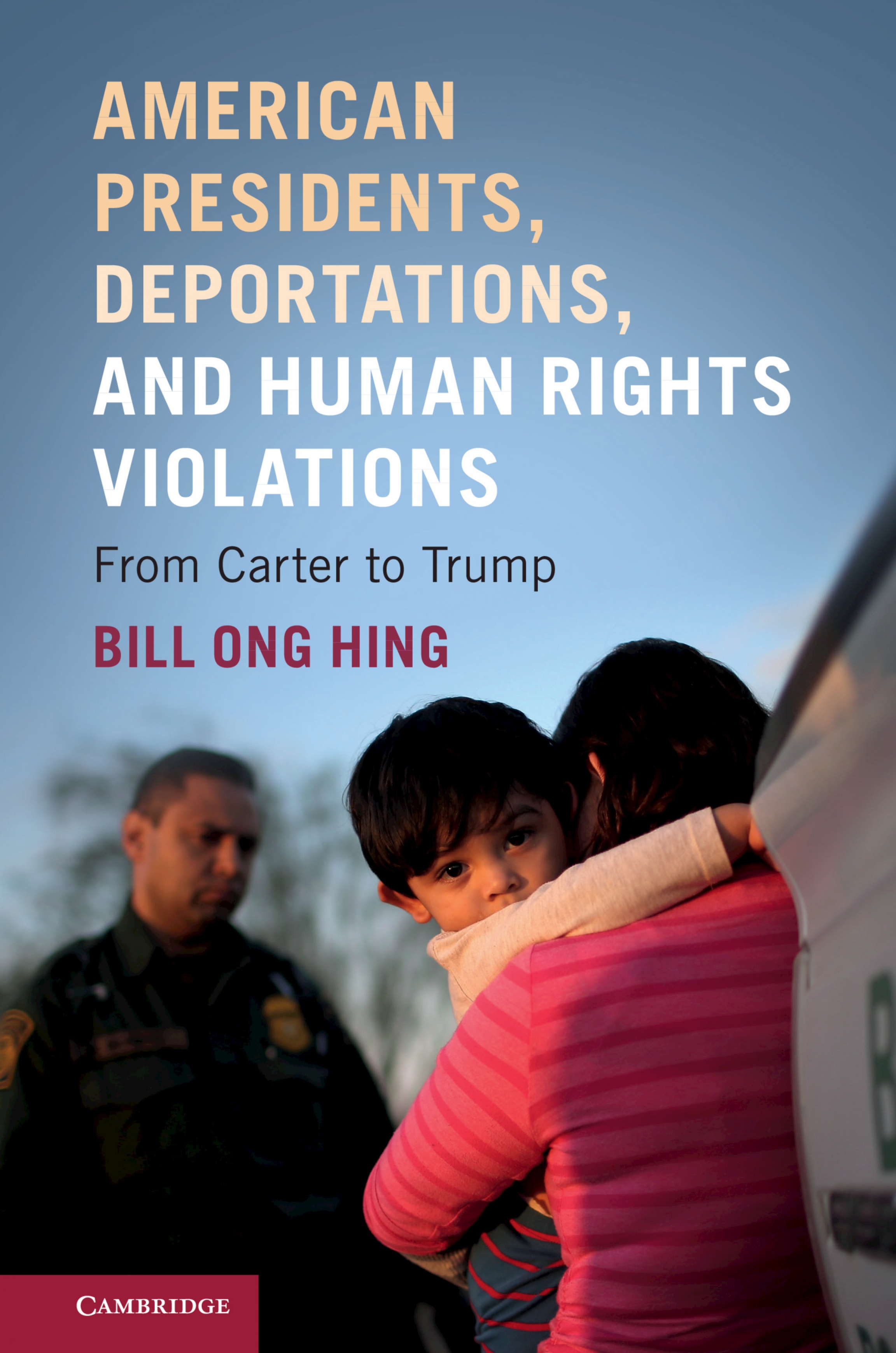 Bill Hing tracks immigration policies that came out of the Carter presidency in the late 1970s through the Obama years. He says the enforcement tools used by the Obama administration laid the groundwork for the Trump administration.

Courtesy of University of San Francisco

Bill Ong Hing, a law professor at the University of San Francisco, has spent decades working on immigration. His latest book, “American Presidents, Deportations and Human Rights Violations,” analyzes how US presidents have handled migration and the US-Mexico border.

Hing describes one critical moment during Jimmy Carter’s presidency, which began in 1977.

“Jimmy Carter gave a speech near the end of his administration welcoming refugees to the United States and Fidel Castro actually took him at heart and released many people from Cuban prisons and from mental institutions and put them on flotillas."

“Jimmy Carter gave a speech near the end of his administration welcoming refugees to the United States and Fidel Castro actually took him at heart and released many people from Cuban prisons and from mental institutions and put them on flotillas,” Hing says.

Related: The long, bipartisan history of dealing with immigrants harshly

The Carter administration accepted many of those Cubans into the US, though some with criminal records were jailed. At the same time, Haitian refugees began fleeing the oppressive regime of Jean-Claude "Baby Doc" Duvalier, but the Carter administration labeled them as “economic refugees," a description that, Hing argues, overlooks their motivations to escape political oppression.

Dictatorships and civil wars also triggered mass migration from Central America in the 1980s, during Ronald Reagan's presidency. At first, Reagan denied asylum to many of the migrants. In his book, Hing recalls how the US was aligned with the right-wing governments of El Salvador and Guatemala. Years later, it was demonstrated that those governments had directly engaged in much of the deadly oppression of the people.

Related: Immigrant detention centers are a grim reminder of history

“The Reagan administration is [a] Jekyll and Hyde administration," says Hing. "At the same time that they were denying asylum to Guatemalans and Salvadorans, Ronald Reagan went ahead and signed IRCA — the Immigration Reform and Control Act of 1986. It did grant amnesty to about three million undocumented immigrants, and so President Reagan recognized that undocumented immigrants actually benefited the United States.”

Hing also expands on the reality of the US-Mexico border in the 1980s, which was not as militarized: “It was Mexicans, primarily, there was a large number of them were coming for seasonal work. It was very clear there was circular migration. That's why when the Central Americans came in the 1980s, it was much easier to come across the border."

Hing points to the Bill Clinton administration as a turning point at the border. "That's when the militarization of the border begins, with Operation Gatekeeper, where they close off the border at the easiest places to cross."

“They put up double, triple fencing and they begin to use high technology with infrared with body heat sensors. ... Bill Clinton actually lays the groundwork for what we have today."

“They put up double, triple fencing and they begin to use high technology with infrared with body heat sensors,” says Hing. “Bill Clinton actually lays the groundwork for what we have today."

During George W. Bush’s presidency, the federal government created the Department of Homeland Security after 9/11. In 2003, Immigration and Customs Enforcement, or ICE, was created. On the border, there were more attempts to try and keep migrants out with bills such as the Fence Act in 2006 — legislation that both Hillary Clinton and Barack Obama (then US senators) supported, which would have built a fence all along the southern border but was never fully funded.

Hing spoke with The World’s Monica Campbell about how policies from past presidents — including the Obama administration — paved the way for the Trump administration to implement its hard-line strategies around immigration.

Monica Campbell: If we can imagine Trump reaching into a toolbox when it comes to immigration, what are some of the tools that he's reaching for right now?

Bill Ong Hing: The one tool that Barack Obama unnecessarily used that Mr. Trump has taken full advantage of is the detention of families.

You recently went to the holding cells at the [Texas] border. And you saw people detained. What was that like?

My experience in mid-June is something I will never be able to erase from my mind. I personally interviewed a four-year-old with his 12-year-old brother, a 5-year-old who was left alone after being separated from his father. The children were very dirty. They had not been able to bathe. Their hair was dirty.

What would be your recommendation for attending to hundreds of thousands of people coming to the US over the course of this year?

I would recommend that we exercise the humanitarian nature that is in all of us, I would hope. I am not expecting that every person who comes to the United States be granted asylum or protection. They should be afforded due process and if at the end of the day, they're not eligible for relief, then I understand [they] should be denied. But right now, we're not even giving a fair chance for people to tell their stories.

Looking toward 2020, some Democratic candidates say they will undo Trump's executive orders on immigration. They say they'll do this on day one. What do you think of this?

A new president on day one can actually eliminate the vast majority of these enforcement tools that President Trump has attempted to implement with a stroke of a pen. Sending a new policy about not detaining and separating kids. The Muslim ban can be changed overnight kind of thing. But here's the problem: The problem is the culture of the Immigration and Customs Enforcement and the Border Patrol. That's one thing that I worry about.

Whoever wins the presidency, you mean?

Whoever wins the presidency is going to have to deal with a cultural problem with immigration enforcement folks. President Obama had a problem with the culture when he announced Deferred Action for Childhood Arrivals. He was immediately sued by the ICE union. They argued that he was preventing them from doing their job. When Donald Trump ran, the Border Patrol union actually endorsed him. They had never endorsed anyone else. That is the fear ... that President Trump has unleashed these agents who are very happy doing what they're doing in terms of enforcement.

Although we've certainly heard about agents who’ve expressed sadness at what they're being ordered to do.

I think there are definitely — and I met some at Clint — there are definitely some Border Patrol agents that are not happy with working at a place like Clint, and trying to tell their supervisors that what's happening there is wrong. That definitely is true. But when it comes to the day-to-day ICE agent who's out in the field, I think that many of them are very happy to make arrests and to deport people [and] put them on their way because they feel that that's what their job is, irrespective of the families that may be affected.

Do you think there is a national consensus on immigration?

We are a nation of immigrants, but we are also a nation that loves to debate immigration policy and that's been true since day one. You can contrast George Washington with his speeches of open arms for people from all over the world with Benjamin Franklin, who wanted English-only in schools in Pennsylvania. Because he was upset about German-speaking students. There's never going to be unanimity across the nation on what our immigration policy should be.