Lynn Shelton is a prolific director.

She has made eight feature films in 13 years, including “Your Sister’s Sister,” “Touchy Feely” and “Outside In.” She has also directed some of the best TV shows of the last decade, from “Mad Men” to “The Good Place” to “Glow.”

And it was on “Glow,” the Netflix comedy about a misfit all-women crew of wrestlers, that Shelton worked with Marc Maron. Maron now stars in her latest film called “Sword of Trust,” a comedy where Maron plays  a cantankerous pawnshop owner who along with his dimwitted assistant team up with some out-of-towners in a madcap attempt to sell a Civil War-era sword to potentially dangerous conspiracy theorists. 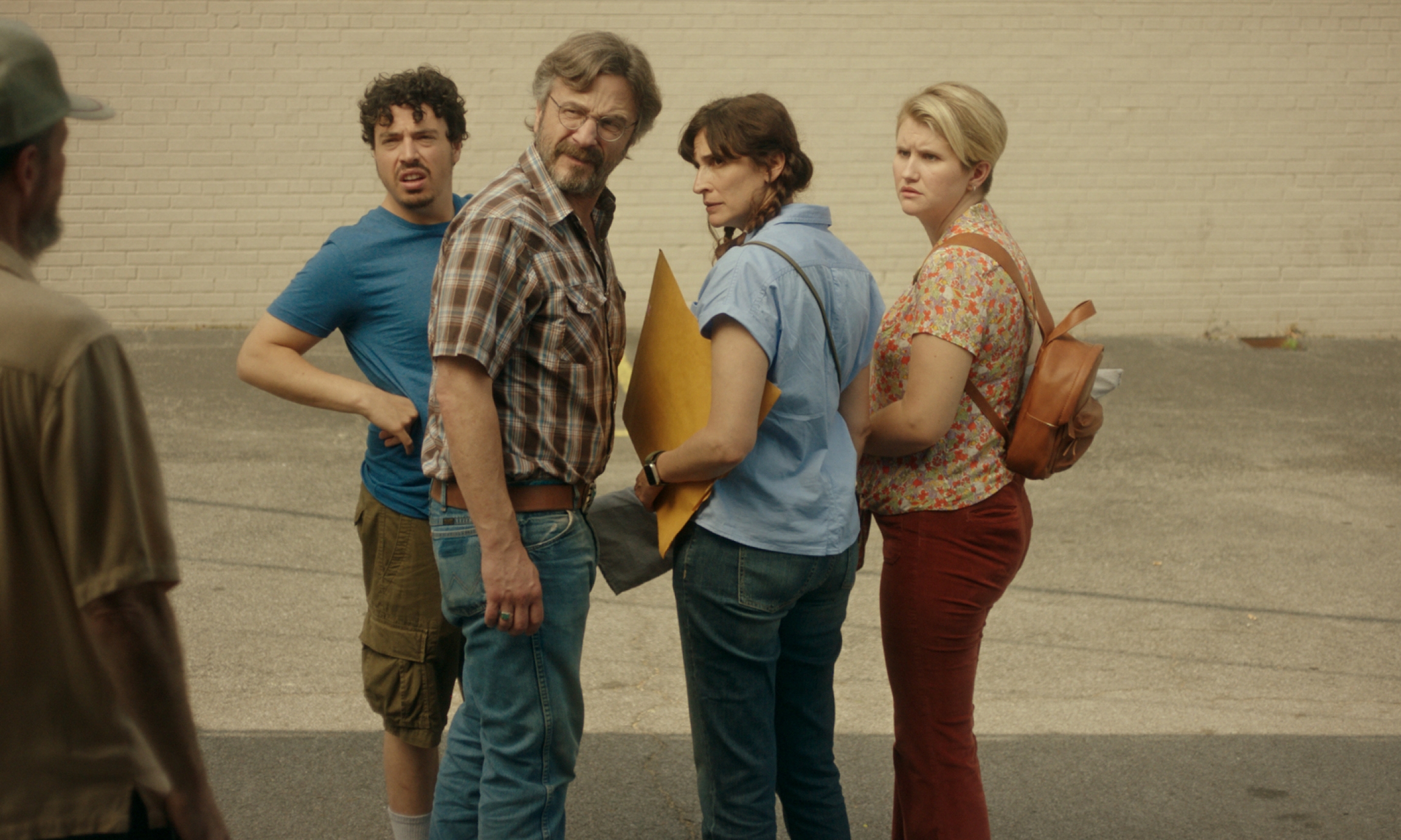 Most of Lynn Shelton’s movies have some degree of improvisation, but “Sword of Trust” is almost entirely unscripted.

“I haven’t worked with improvisation to such an enormous degree,” Lynn Shelton tells Kurt Andersen, “since ‘Your Sister’s Sister’ ... and I’ve been dying to get back to that process.”

Shelton also wanted to make something that felt relevant. “I wanted to create a film that would feel like it was of this moment and it was saying something and adding to the conversation,” Shelton says.

“I also wanted to make a film that didn’t make you want to slit your wrists after seeing it,” she says. “I get enough of that from real life.”

Shelton talks with Kurt about the made-up conspiracy at the heart of her film, the art of directing without a script and her work on the upcoming Hulu mini series “Little Fires Everywhere.” She also gives a behind-the-scenes look at one of the best and most pivotal scenes of the movie.

“Sword of Trust” opens in select theaters July 12 and is available for streaming July 19.