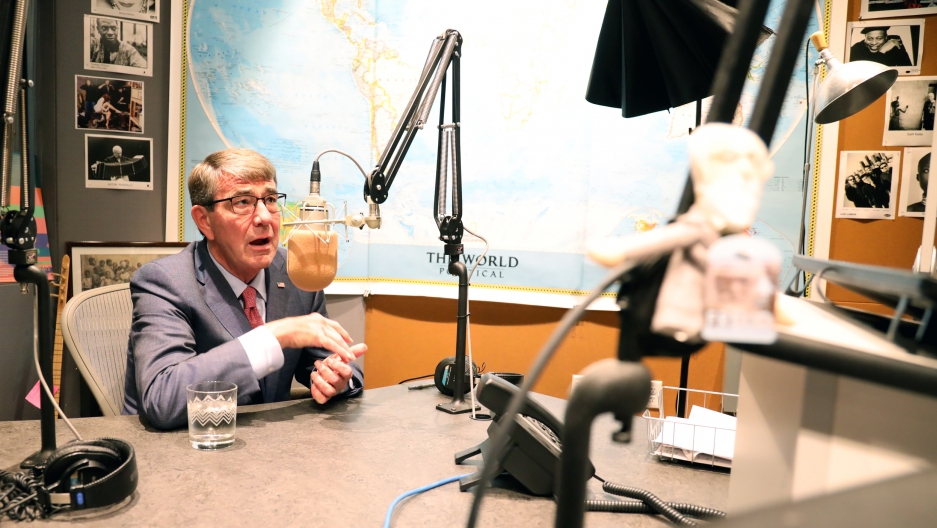 US President Donald Trump took over the Independence Day celebration in Washington, DC, on Thursday, bringing in tanks and arranging for a flyover of the nation's capital.

With US fighter jets flying overhead, Trump praised the military and reveled in a show of pomp and patriotism that critics called a political event.

Trump, a Republican who was inspired to stage the flashy affair after seeing a similar display in France, dismissed concerns ahead of the ceremony about the expense and militaristic overtones of the event outside the 97-year-old Lincoln Memorial, a symbol of national unity.

Ash Carter, who served as secretary of defense in the Obama administration, says there are other holidays for the military.

"Well, Fourth of July is really a salute to independence and to freedom and to the values of America," he says. "Remember, we have Memorial Day and Veterans Day, which are days devoted to — and appropriately so — to the military. So, it's fine for the military to be part of things but what they're really supposed to be doing is training for war. The military is not for parades. It's supposed to be training for war."

Carter was secretary of defense from 2015 to 2017 and currently director of the Belfer Center for Science and International Affairs at Harvard Kennedy School. He's the author of "Inside the Five-Sided Box: Lessons from a Lifetime of Leadership in the Pentagon," published in June.

Carter spoke with The World's Marco Werman about the July 4 celebration, current tensions with Iran and how the role of technology has played in election manipulation.

Marco Werman: So, at what point does the secretary of defense need to put his or her foot down and say, "No, we're not going to do X, Y or Z because that is politicizing the armed forces?"

One of the jobs is to protect the institution from politicization. So they should put their foot down. I was secretary of defense during the 2016 election campaign, for example, and I was asked every day, "Candidate so-and-so" — remember there were 20 or so candidates — "said thus-and-so, would you comment on it?" I would say, "No, I won't, because I'm the secretary of defense and furthermore, I'm not going to allow other military officers to comment on it." It's inappropriate. We have civilian control of the military in this country but we also have a depoliticized military — very important principle.

Related: Tanks roll through Washington in biggest July 4 display of military pageantry since 1850

Secretary Carter, rapidly escalating tensions in the Gulf, between the US and Iran right now — leaders in Washington and Tehran say they don't want a fight, but stumbling into a shooting war seems increasingly likely. How could this situation, in your view, spiral out of control? What would that look like?

Well, Marco, I think you used the right word, which is stumbling. I don't think either our country — and the president has expressed himself on this — wants a war. He just said that. And the Iranians have to know they're not in a strong position. So, the problem is not intentional war, it's unintentional war. Now, when I was in office, 10 sailors who mistakenly sailed into Iranian waters were detained and that was immediate — I mean, I was alerting forces, we had airplanes in the air, and we take that real seriously when our people are detained. Fortunately, the Iranians released them very quickly. But if that were to happen today with all this tension, that kind of thing that crosses a line ... that's where you get an unintentional conflict in an atmosphere of tenseness.

And looking at it that way, as you reflect back on the Iran nuclear treaty, what benefits do you see of that today?

Well, first of all, it was a purely nuclear agreement. So as secretary of defense, it took off my plate one of my headaches with Iran but it didn't take all the headaches off. And I think one of the critiques of the Iran deal was that it didn't do everything. Now, that wouldn't have led me to recommend to the president to throw it out. But that's cried-over spilled milk now. You asked what affect it's had. Well, [when] President [Barack] Obama was still in office, they did all this stuff that was irreversible like destroy a nuclear reactor, destroy a bunch of centrifuges. So we get that benefit, even though we walked away from the agreement.

Related: The Iran nuclear deal created an opening for American businesses. Then Trump walked away.

Technology and the military is another big theme in your book and as a former secretary of defense and a physicist, you sought out collaborations with tech companies and Silicon Valley. How do you weigh the benefits and risks of these partnerships, especially when a lot of these tech companies have been platforms for serious challenges to civil society? 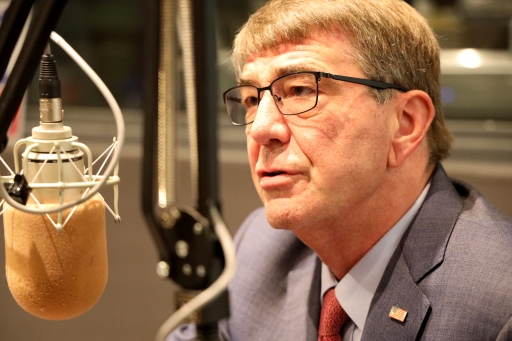 Former US Secretary of Defense Ash Carter doesn't agree with the Trump administration's military influence in the Fourth of July celebrations. "The military is not for parades. It's supposed to be training for war," Carter said.

Now, you're right, the same attitude that caused some people in the tech community not to work with defense [also] caused them not to care about other social consequences of their work. That's why you see the filthiness of much social media. That's why people have concerns about artificial intelligence being applied to their lives without their understanding or in a way that's heedless of their rights. This is why we were concerned about jobs and training in the way technology can take jobs and nobody seems to care. These are serious matters where technologists have a responsibility to their fellow human beings, as well as their fellow Americans. They need to pay attention to their social and human responsibilities. Some of these people behave in a way that is just heedless or clueless when it comes to the broader consequences of what they're doing. So we need some government regulation and we need some self-regulation by people that oughta know better.

You're talking about the Facebooks, the Zuckerbergs, the Twitters?

Yeah, yeah, yeah. These are long overdue [for] self-awareness.

Given how technology was crucial to the manipulation of the 2016 election, do you view that as an act of war?

It certainly was deliberate aggression by Russia. And I bet you'll ask me next, "Did we do enough?" And, no, I'll tell you we didn't and we still haven't. If you need evidence of that, just look at Vladimir Putin. Does this look like a man who's chastened?

Well, the next question was, how should the US be preparing for 2020?

— and deep fakes are basically videos where you cannot determine whether what is being said by the subject is real or not.

Right, and for several hours at least people will be led to believe that a certain candidate said something ridiculous and some people will never see the second story that says that was rubbish.

Well, two things. Some of it is exactly what you're talking about a minute ago, Marco: The responsibility of social media companies to partner with government to make sure they're not manipulated. The other thing is just being a resilient society. I think our people are more canny now than they were in 2016. I think everybody is going to need to not only count to 10 but count to several hundred after they see an emotionally stimulating story about the election and before they get all fired up about it, wait to see whether it's really true.