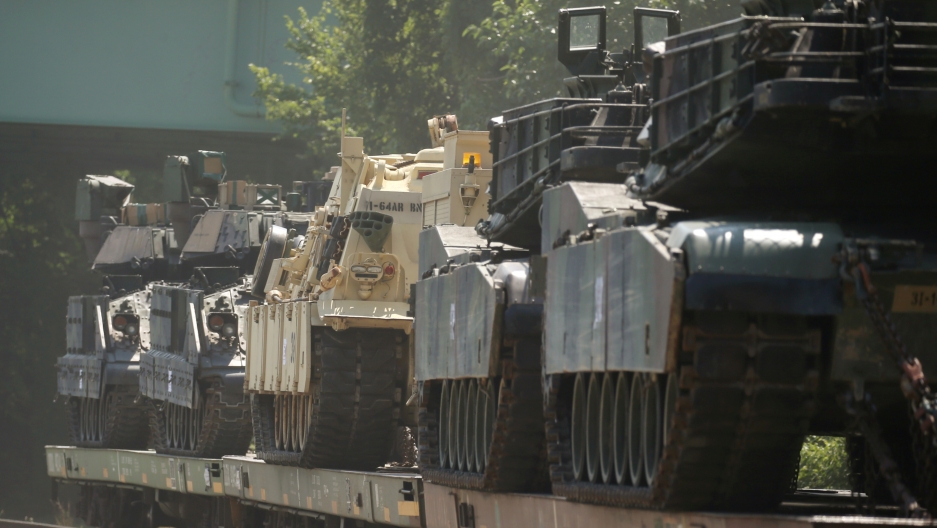 Troops, tanks and a flypast will give a military flavor to this year's Independence Day celebration in Washington, DC. President Donald Trump is re-branding the day as a "Salute to America." The shift is controversial but not unprecedented.

The army moved tanks and other armored vehicles into the nation’s capital on Wednesday night. This might normally make a  news consumer think a coup was underway. But this is America in 2019 and President Donald Trump wants to add a military flavor to this year’s Independence Day celebrations.

The day after the Declaration of Independence was signed, founding father John Adams wrote about that historic day to his wife, Abigail, back home in Massachusetts.

He declared, “I am apt to believe that it will be celebrated, by succeeding generations, as the great anniversary festival.

"It ought to be commemorated, as the Day of Deliverance by solemn Acts of Devotion to God Almighty. It ought to be solemnized with Pomp and Parade, with Shews, Games, Sports, guns, Bells, Bonfires and Illuminations from one End of this Continent to the other from this Time forward forever more.”

Related: Trump wants a big military parade, but the Founding Fathers might not approve

Adams was right. The nation’s birthday has become one of its favorite holidays.

But Americans have often disagreed over how to celebrate it officially, especially over how much “pomp and parade” should be included.

In 2019, President Trump has reignited that debate by inserting a greater role for the US military (and himself) in the Fourth of July celebrations in Washington, DC.

It’s controversial, but not unprecedented.

The Smithsonian Magazine published some research last year into the history of military parades in the United States. For the past century and a half, they have been primarily reserved for celebrating great military victories: the end of the Civil War; the end of both World Wars; and most recently, the end of the 1991 Gulf War. 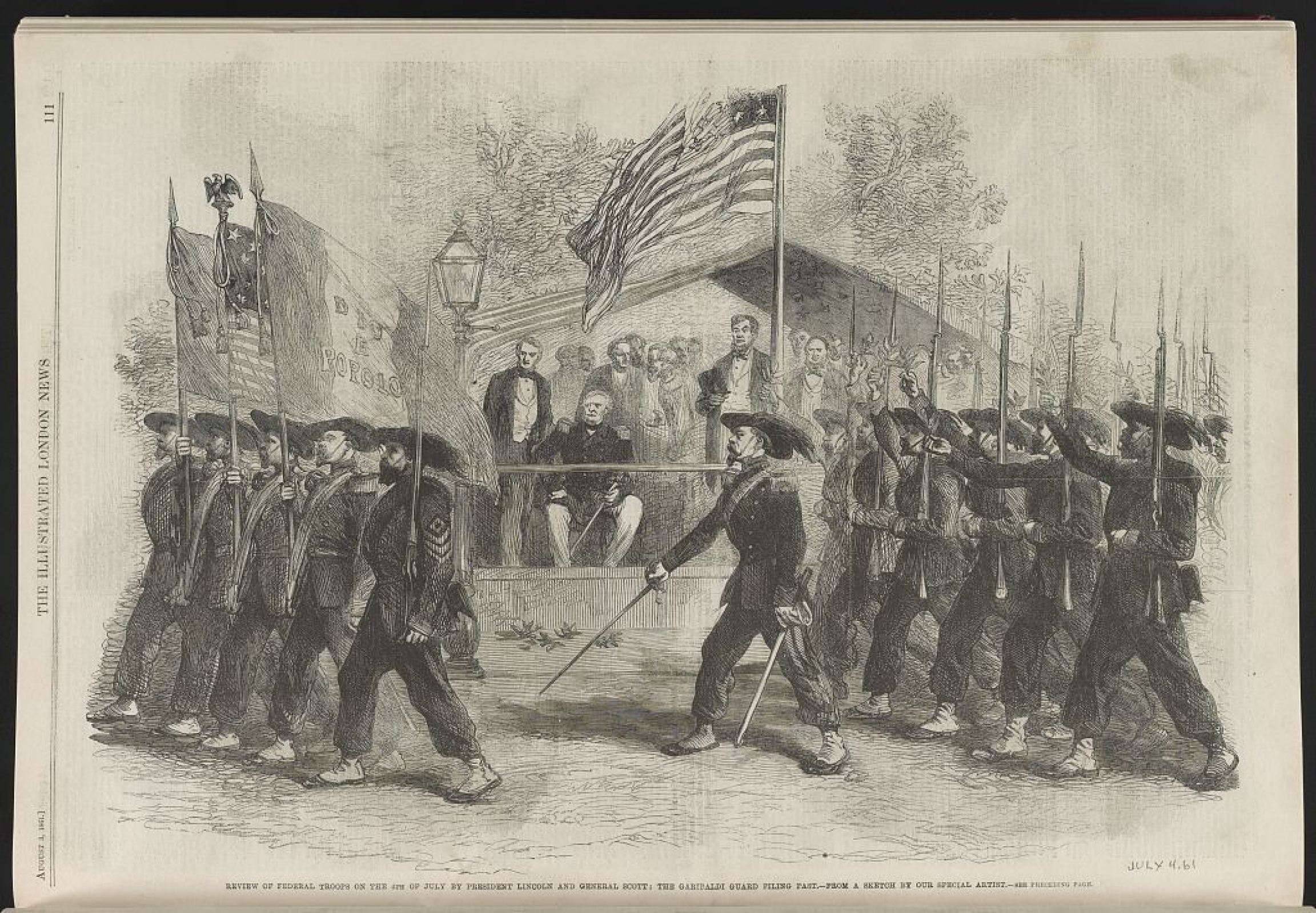 This print shows uniformed men of the Garibaldi Guard Regiment, New York Volunteers marching past President Abraham Lincoln and General Winfield Scott during a parade of 20,000 troops in Washington, DC. A large American flag waves above the reviewing stand, while a soldier walks with the Italian "Dio e Popolo" flag. The Illustrated London News description mentions: "As each company came in front of General Scott the men took the green sprigs they had fastened amid their cock feathers and threw them towards the old chieftan. The Garibaldi Guard is composed of Hungarians, Germans, Swiss, Italians, and French, and they are uniformed after the fashion of the Sardinian Bersaglieri."

There was also some military display at the inaugurations of presidents in the early years of the Cold War. Think Eisenhower and Kennedy. But that fizzled out in the Vietnam era.

As a rule, the military is kept out of American public life. The military is generally happy with that. Cadets at West Point and the other military academies are instilled with the notion that the military serves the Constitution and the nation, not any single political figure or party. They must at all times try to avoid any appearance of partisanship.

President Trump has tweeted to say the military is “thrilled” to be taking part.

If you go back to America’s earliest decades, the Fourth of July saw plenty of military pageantry in Washington. The Smithsonian’s research found Presidents Jefferson, Madison, Van Buren and Polk presided over military parades on Independence Day. But the tradition died under Zachary Taylor in 1850. Himself a general, perhaps he understood how soldiers felt?

But military celebrations were controversial even then.

For most of their history, Americans did not care for the military. Standing armies were seen as a threat to democracy, and plenty of the Founding Fathers and their successors would have been content to dispense with an army and navy altogether and instead rely on the courage of militia citizen soldiers.

In most other Western-style democracies, military pageantry largely fell into disrepute after World War I. Many felt militarism had helped caused the catastrophe. The key exception is France, which still celebrates the French Revolution of 1789 with a large military parade on Bastille Day each year. President Trump witnessed one in 2017 while visiting France. He’s been trying to have one here ever since.

That idea was slow-rolled by his Secretary of Defense, James Mattis, and finally killed when the Pentagon put a $90 million price tag on the project. The military portion of this year’s July 4th “Salute to America” is not being disclosed, but is believed to be less than that.

Large displays of military might are a mainstay of authoritarian regimes, from Mussolini’s Italy in the 1920s to Putin’s Russia today. Émigré writer Julia Ioffe tweeted about the imagery.

I left Russia for this. https://t.co/uvT9cZTFz1

But this is not Putin’s Russia. Some protest groups are expected to make an appearance. The anti-war group Code Pink has been given permission to bring a giant inflatable Trump baby to the National Mall tomorrow  — but the blimp can't be filled with helium because of the risk to aviation.