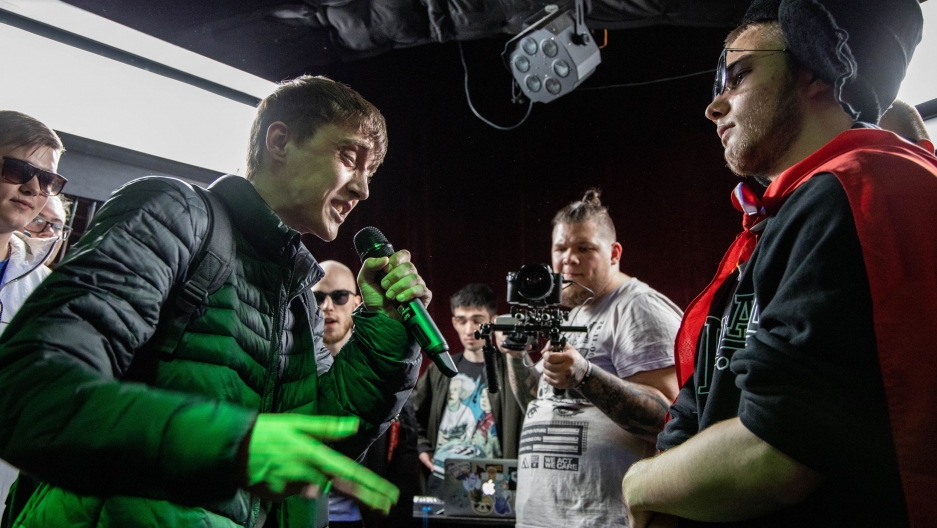 A rap battle takes place at the Alibi Club in Moscow.

A generation of young Russians has embraced rap. It’s become an ever-present soundtrack in the country. So what are today’s young Russian rappers writing about? What’s on their minds?

Pretty much everyone seems to have strong feelings about Russian President Vladimir Putin — but not rappers. This is wildly different from hip-hop in the West, where politics are deeply ingrained in the music and culture.

Related: Russia’s next generation is ready to remake their world

So what are rappers in Russia talking about in their lyrics? They have a platform and a microphone. So why aren’t they speaking out about real issues? Well, some of them are, while others have tried. But most just won’t go there.

“I think for [rappers], it's [a] kind of self-expression,” explains Russian music journalist Nikolay Redkin. “There are not so [many] youth culture institutions in Russia. So battle rap is one of them. You need to express yourself. But, for example, you can’t write songs, you can play guitar or piano — you think [is] battle rap good for you? You watch these battle rap videos on YouTube [and] you see how they get millions of views and you think, ‘I can do it also.’”

The World’s Marco Werman and Daniel Ofman recently spent time in Moscow at a rap battle. Here’s what that looked like. 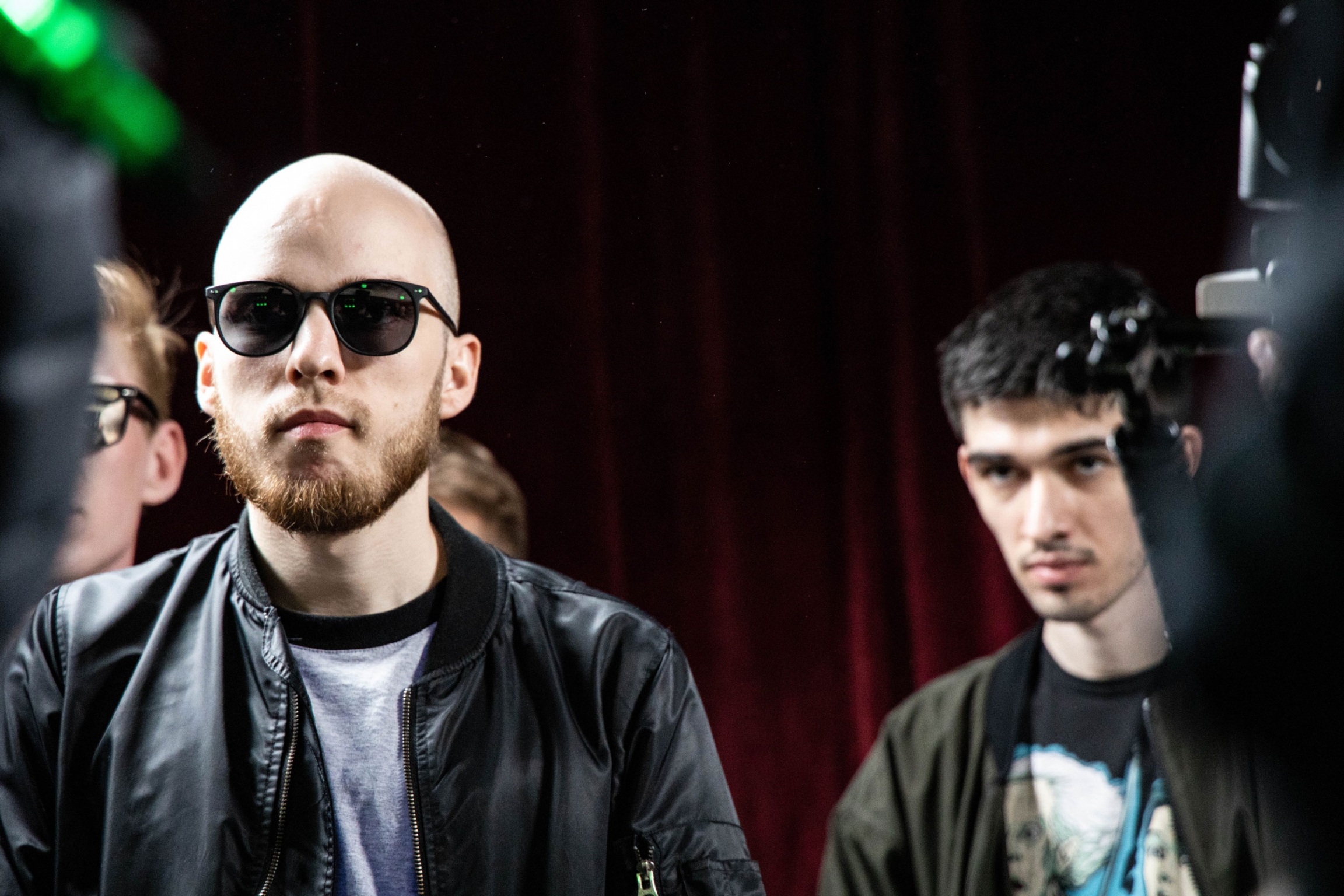 Dmitri Kapranov (left), watches a performance in the Alibi Club in Moscow. Kapranov is the Moscow coordinator of the Slova Project, an organization that hosts and judges rap battles all over the Russian-speaking world. 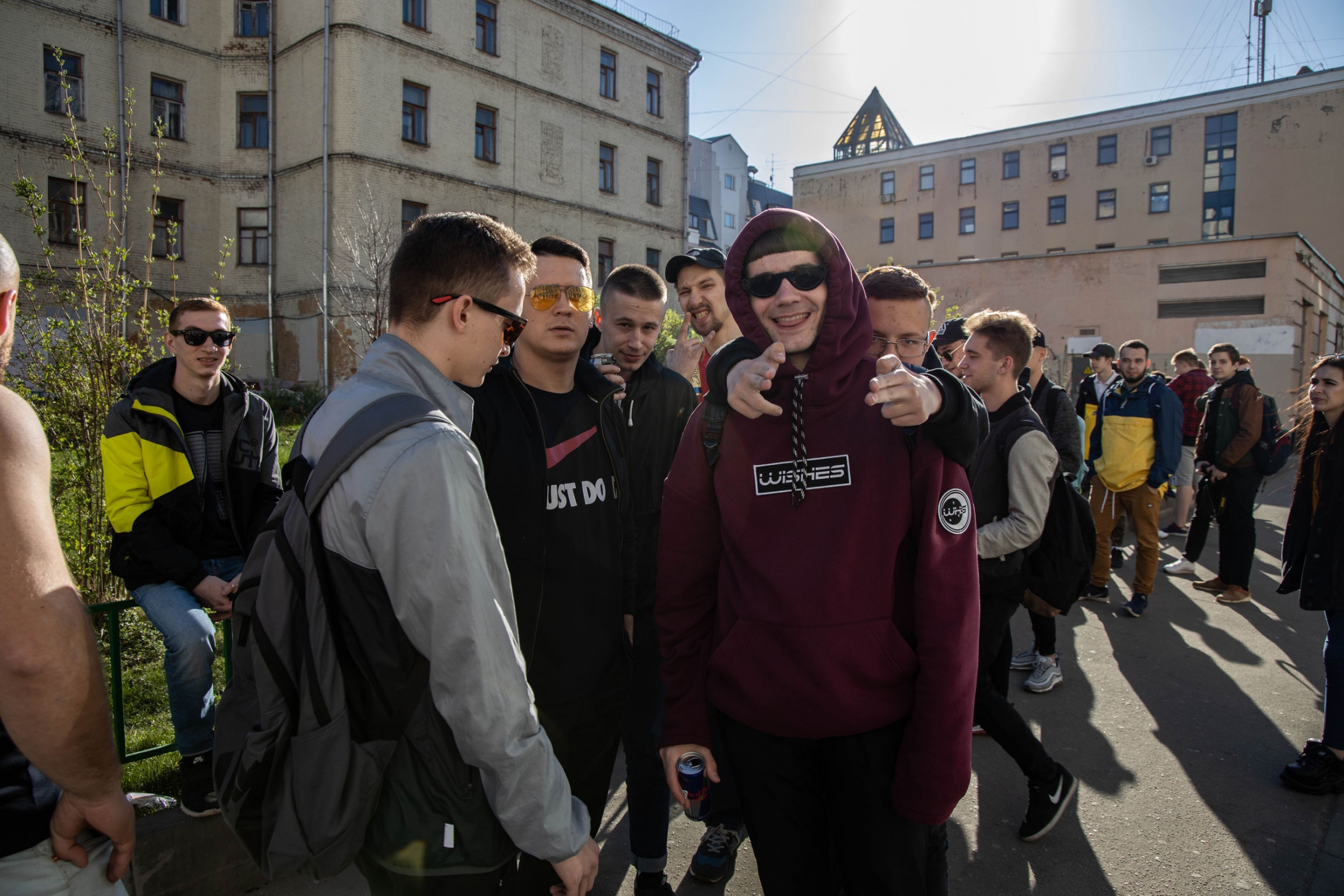 Vitaly Kobziv (center), from Ukraine, has been rapping for about five years.

“I’m rapping about some positive sides which are in our life,” Vitaly Kobziv, who has been a rapper for about five years. “I prefer to concentrate on some really uplifting things in our life to underline, to make people be more attentive to such things which make our life better. Not on something sad, not on something depressive, but something uplifting.” 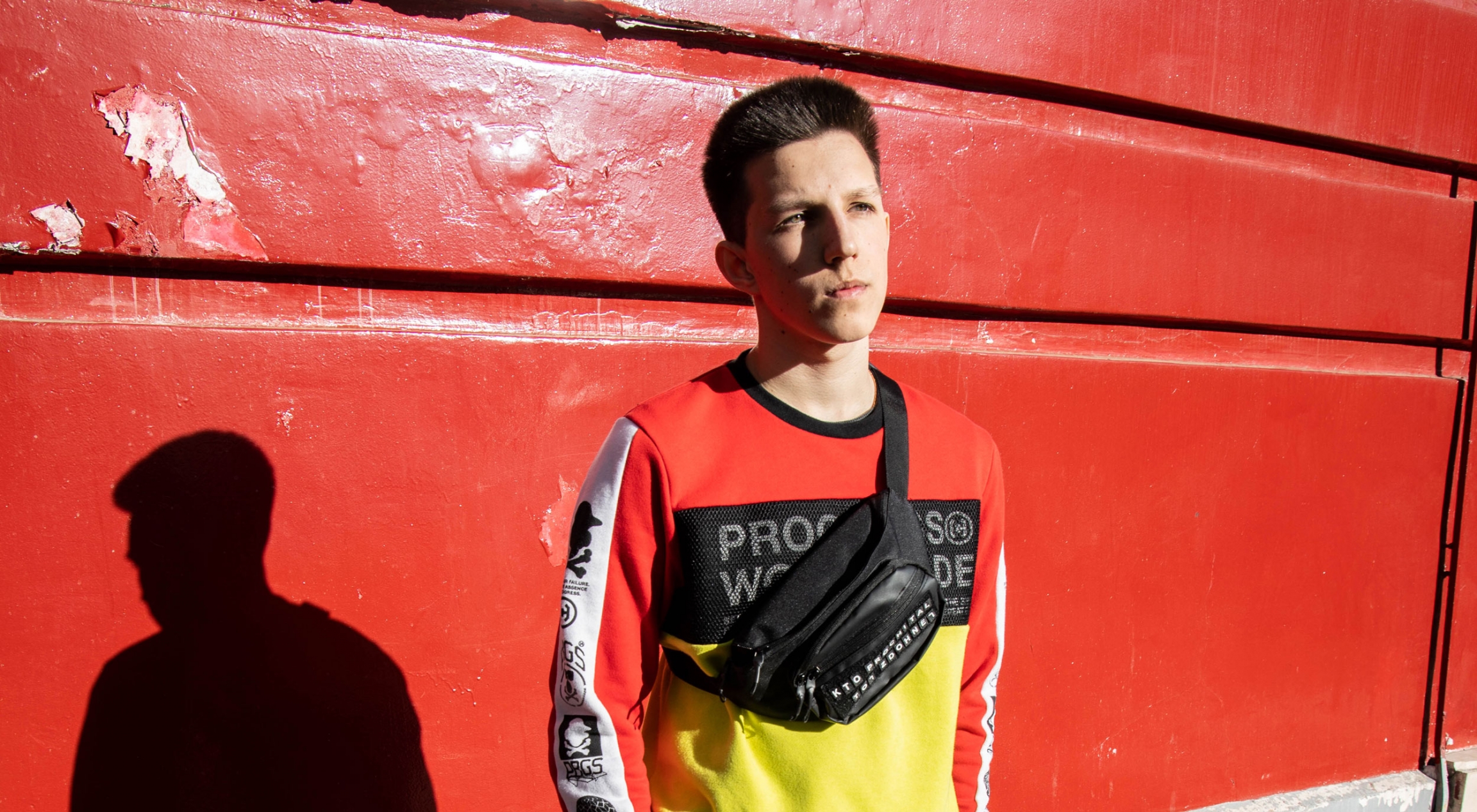 Ilya Mazellov, aka MZLFF, poses for a portrait before the rap battle begins.

“In my music, I like to entertain,” says Ilya Mazellov, who goes by the moniker MZLFF. “I like to make sure I cover my bases. I want people to hear the music, to hear my disses, to hear the lyrics and not just the sound. Most importantly, I’m trying to use humor to really dish out some disses.” 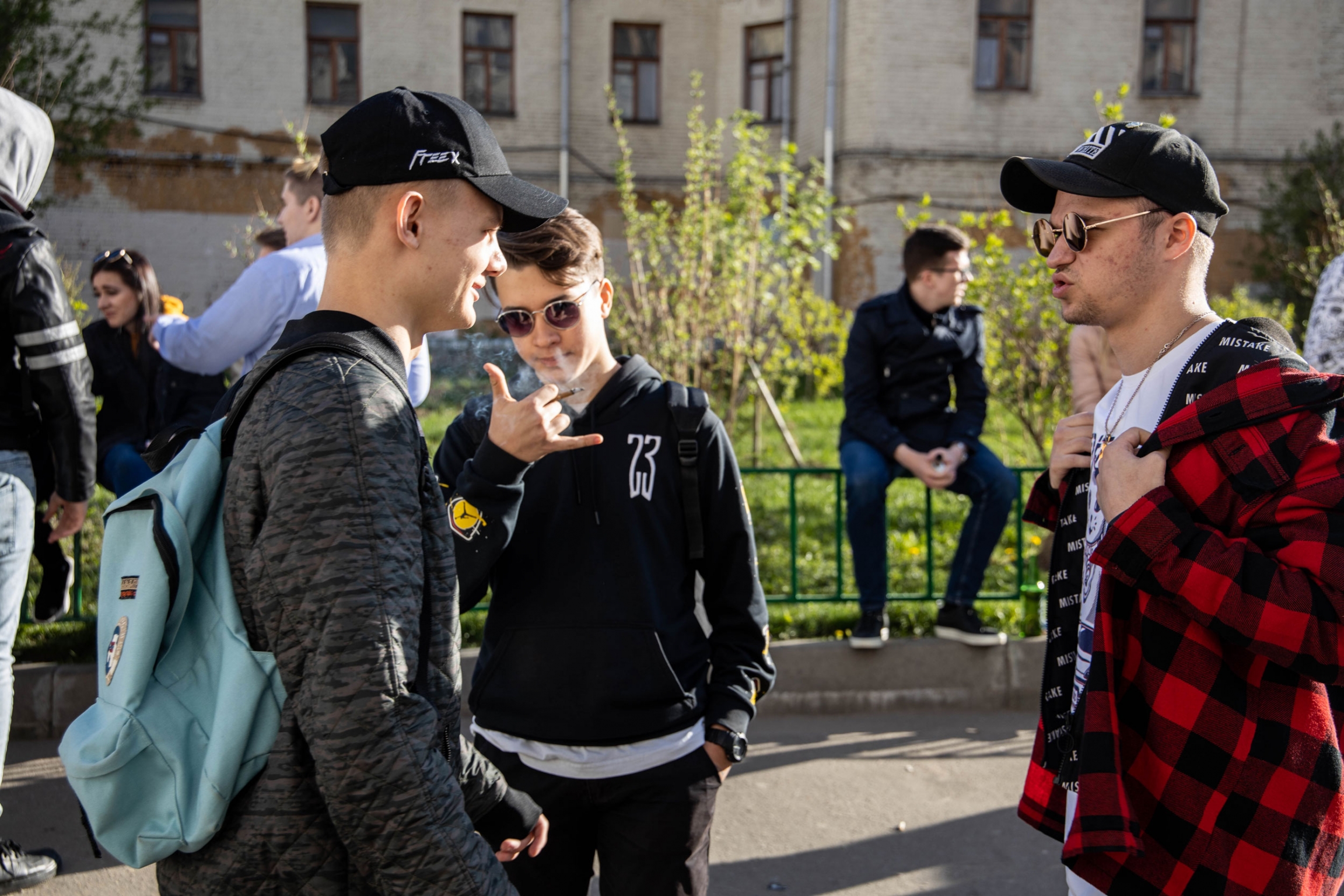 Several people wait outside the Alibi Club before the night’s rap battle. 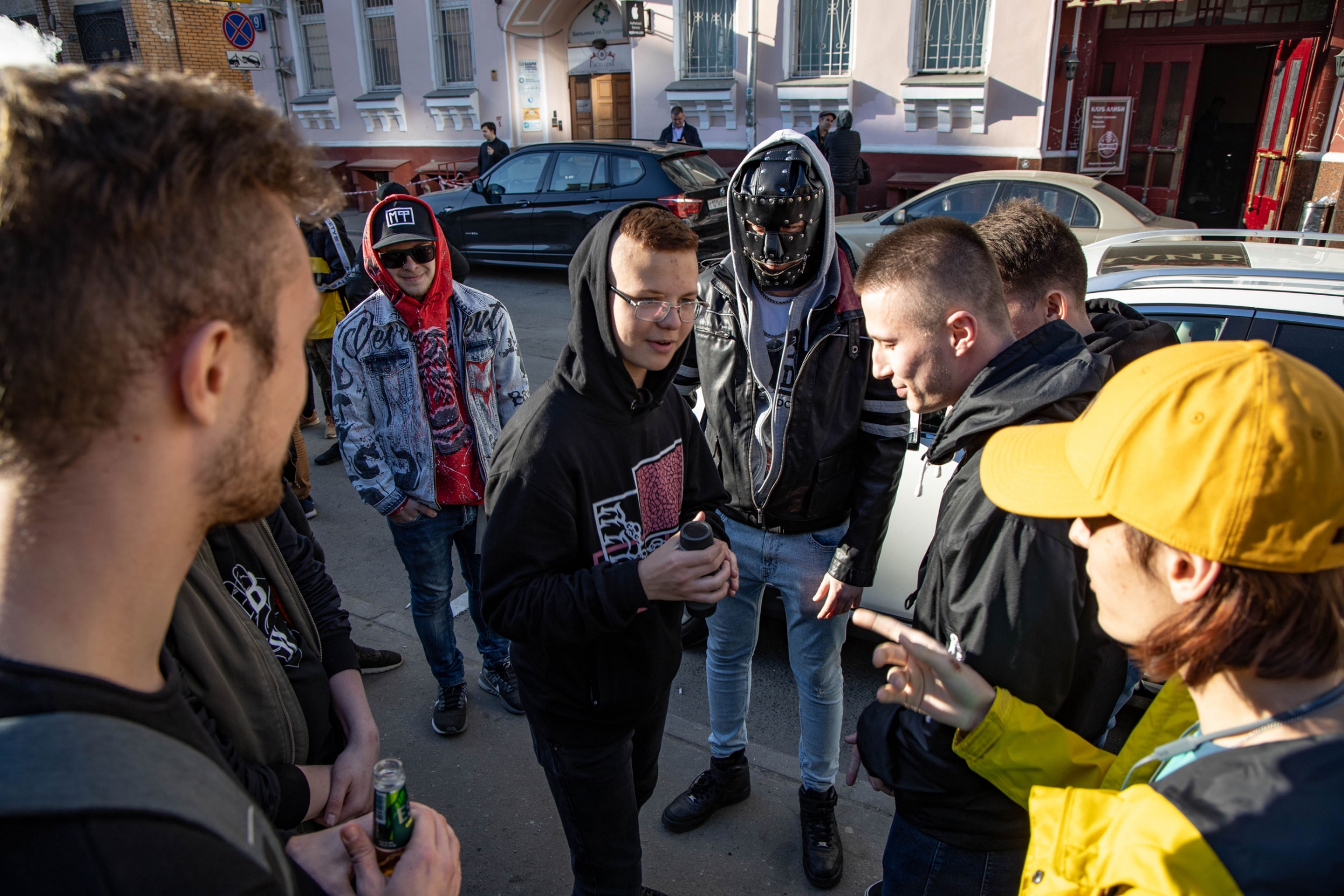 Rap is now the most popular music genre in Russia amongst teenagers and people in their 20s. A group of rappers and spectators hold sidewalk freestyle battles outside the Alibi Club before the event. 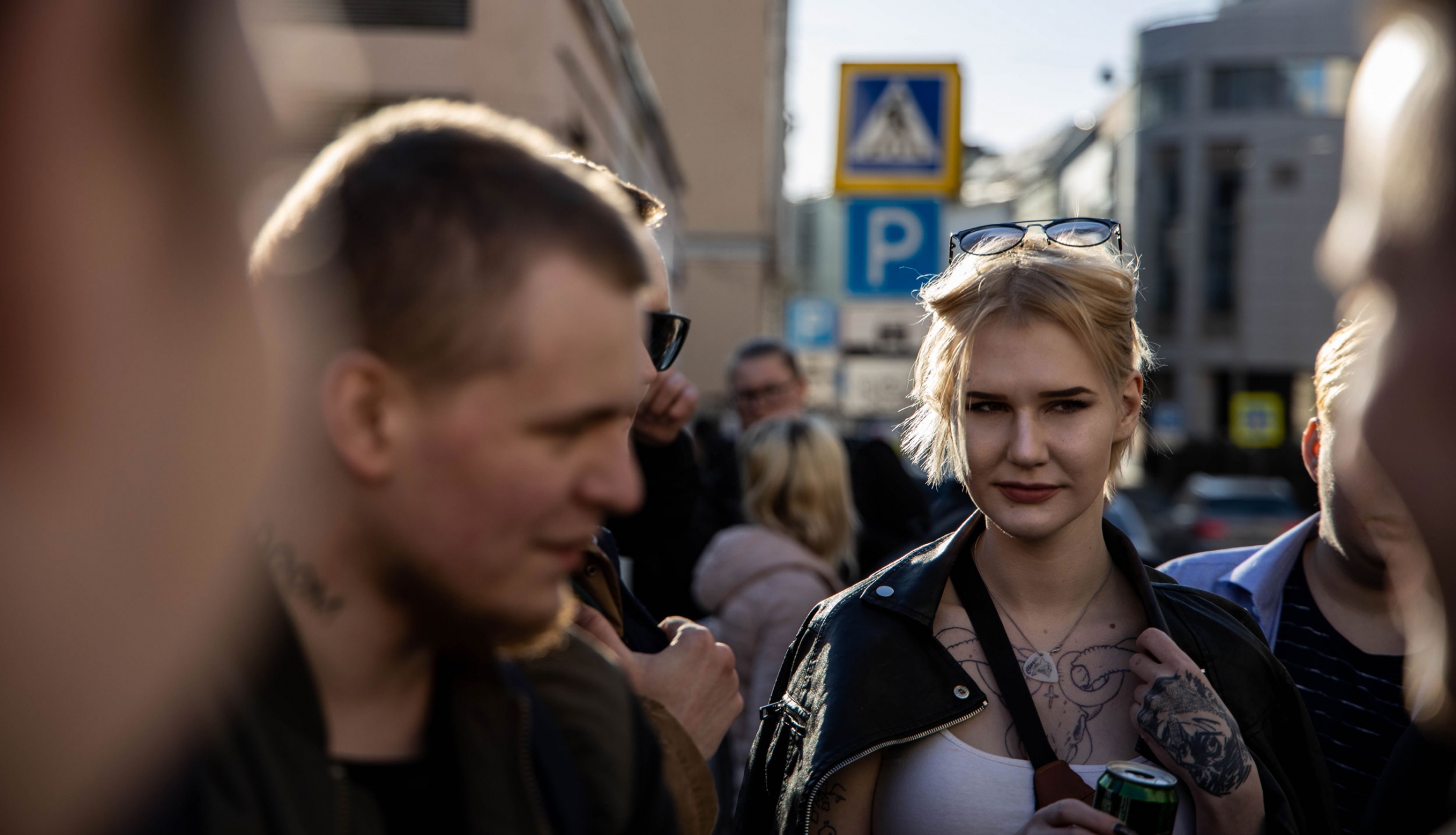 People gather before the rap battle. The crowd filled the Alibi Club. 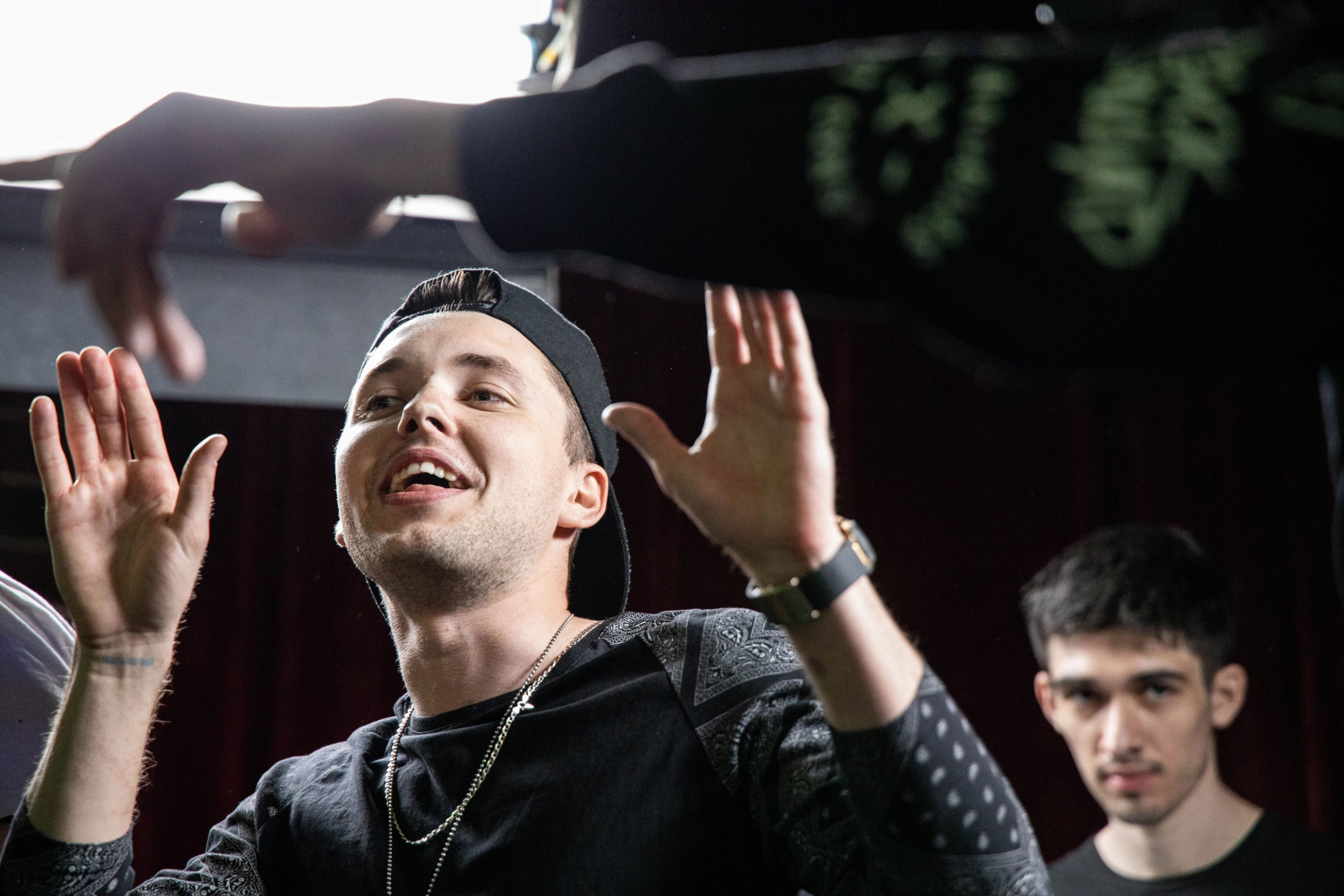 A rapper takes the stage at the Alibi Club before the rap battle. 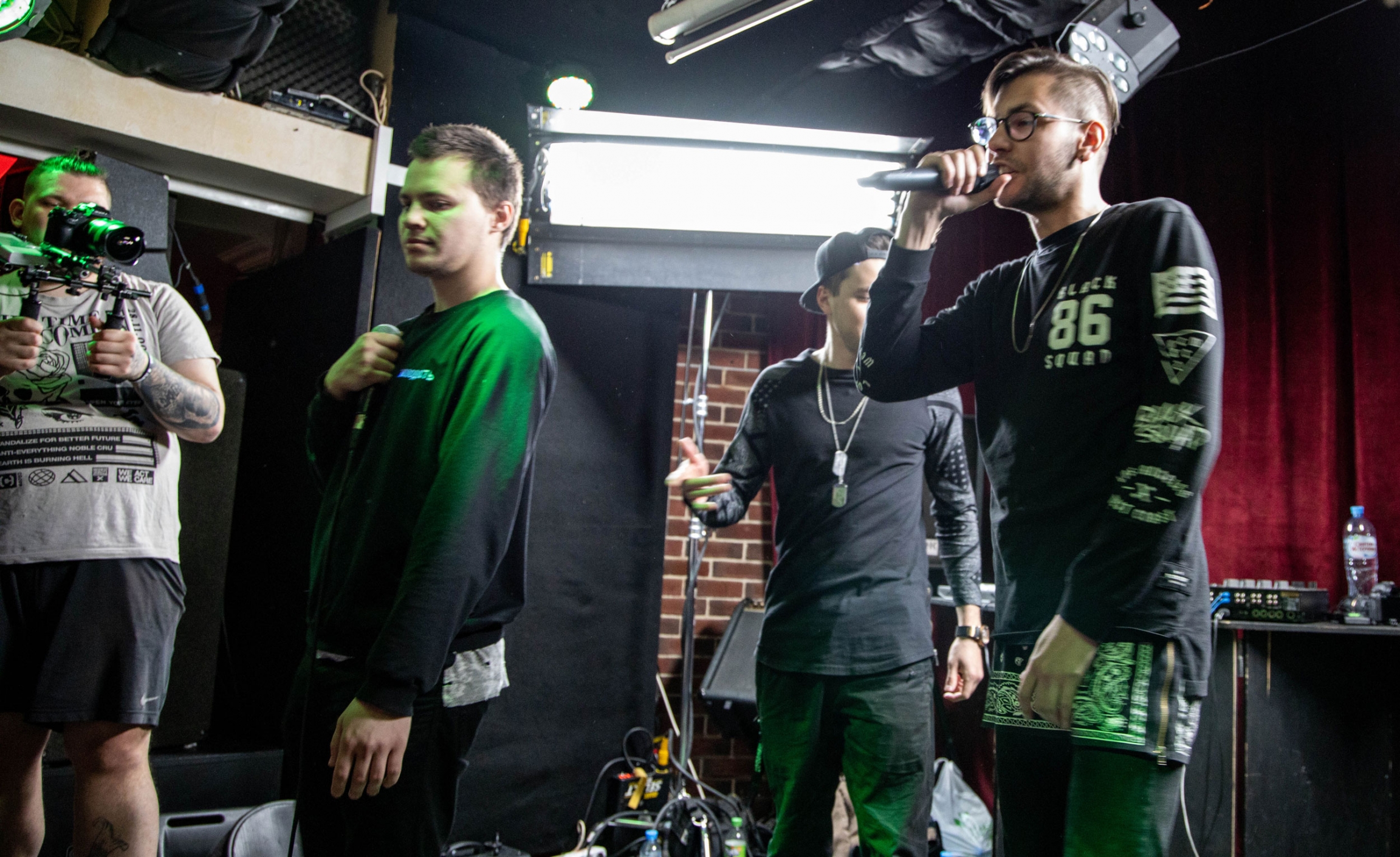 Rappers perform at the Alibi Club in Moscow Russia. When they perform covers, the crowd raps along with them, hands in the air.