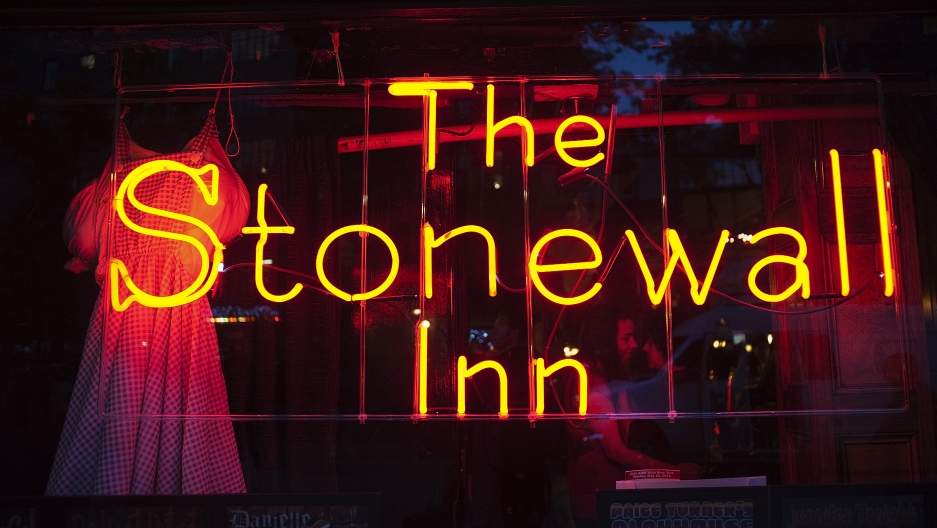 Two women hug as they talk by the window of the Stonewall Inn in New York's Greenwich Village.

Friday marks the 50th anniversary of the Stonewall Riots, which became one of the most pivotal moments in the international movement for LGBTQ rights.

On June 28, 1969, the gay rights movement jumped into the American public consciousness.

The Stonewall Inn, a gay bar in New York City’s Greenwich Village, was raided by police in the early morning hours. NYPD officers entered the bar and shut it down after ordering patrons to leave. Instead of leaving, many of the patrons fought back against the police, resulting in riots that lasted several days and received widespread media attention.

Martin Boyce was there that night, and he remembers “the pain, the anger, the frustration, the humiliation, the constant badgering, the constant turmoil that they caused in our lives: Now was the time to get it out,” he told the New York Times.

“We all fight on the shoulders of those who rioted on those nights and the subsequent several days,” says Sarah McBride of the US-based Human Rights Campaign.

Related: How a small church in Massachusetts became a destination for LGBTQ asylum-seekers from all over the world

The Stonewall Riots not only empowered LGBTQ people in the United States, but around the world, says Jessica Stern, the executive director at Outright Action International, an LGBTQ advocacy group.

“The No. 1 most important change to happen [after Stonewall] is the proliferation of LGBTIQ organizations across cities and states in America and across the world," she says. "Most of the world has adopted organizations that are dedicated to the advancement of this cause now. These organizations are what produces legal and policy change, media visibility, and cultural change,” she said.

"We all fight on the shoulders of those who rioted on those nights and the subsequent several days."

There are currently pro-LGBTQ organizations in 164 countries out of the 194 countries, according to a recent Outright survey.

And globally, things are changing.

India, the world’s largest democracy, decriminalized gay sex and ruled that “discrimination on the basis of sexual orientation is a fundamental violation of rights” on Sept. 6, 2018. India’s discriminatory laws were put in place during the colonial era, as was the case for many former colonies with anti-LGBT laws. Other countries have recently overturned similar laws, including Angola and most recently, Botswana. 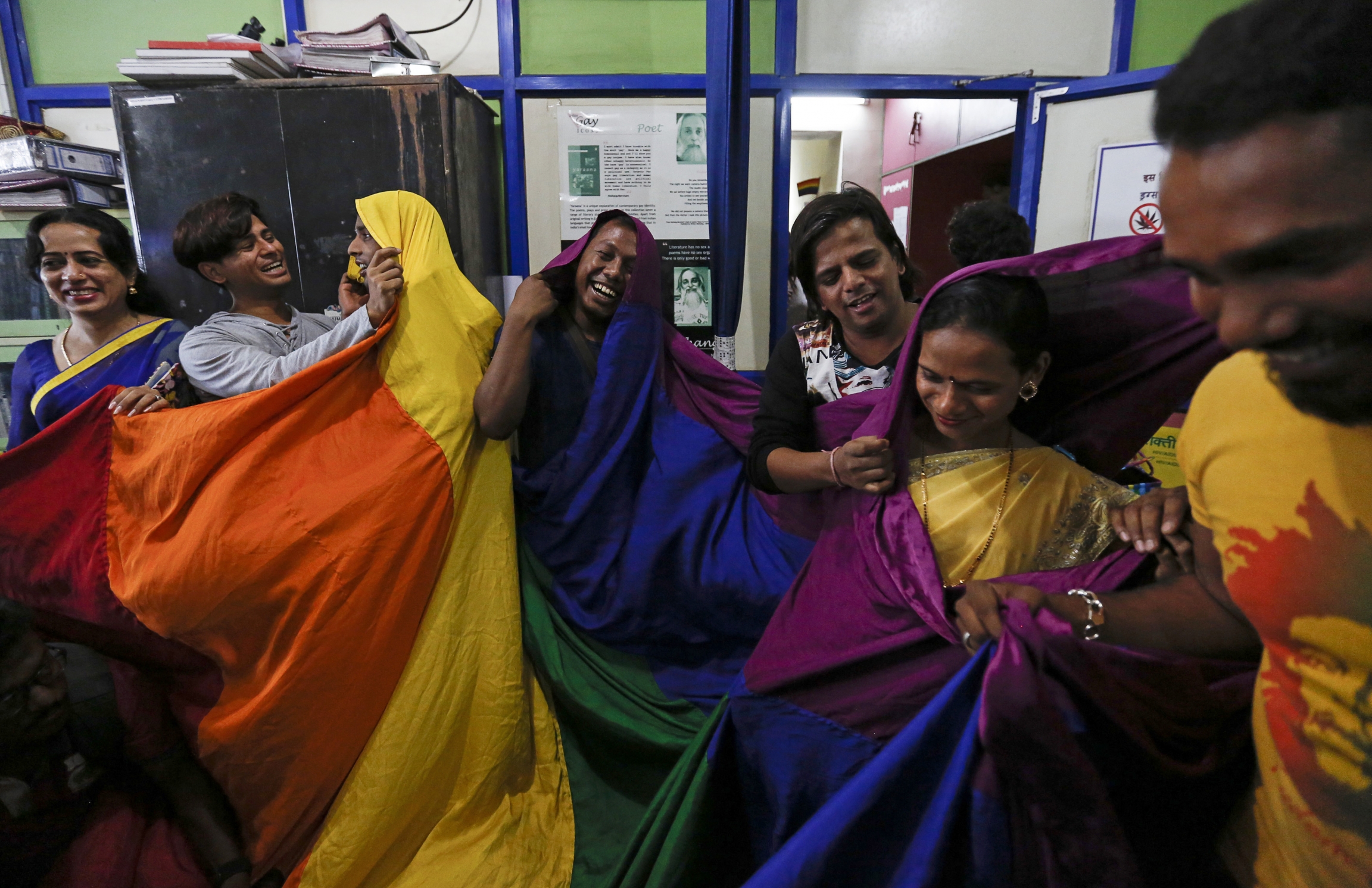 LGBTQ rights activists cover themselves with a rainbow flag as they celebrate the Supreme court's decision on gay sex in Mumbai.

Ymania Brown of The International Lesbian, Gay, Bisexual, Trans and Intersex Association (ILGA) said that since the Stonewall Riots, two-thirds of the countries that had previously criminalized homosexuality have since decriminalized it.

But Ymania Brown said that even though the LGBTQ community has gained a lot throughout the last 50 years, the movement still has a long way to go.

Related: Why it's gotten harder for LGBT people in Haiti since the earthquake

"If it took 50 years to get this far in the United States, why should it take 50 years in Iraq or Saudi Arabia or Cameroon? Why can’t we cut that number in half using our collective community strength?"

She said it’s still dangerous for LGBTQ people in many parts of the world. Seventy countries still have laws criminalizing homosexuality, including Kenya, where a court case to decriminalize homosexuality last month was shot down.

One of the most vulnerable groups is transgender people, particularly trans women of color, where even in the United States there is an epidemic of violence targeting them, says Sarah McBride, the national press secretary of Human Rights Campaign.

“We as a country need to more fully recognize the scope of that epidemic [of anti-trans violence] and adopt the policies transgender people need not just to live but to thrive; not just in the US but around the world,” McBride says. 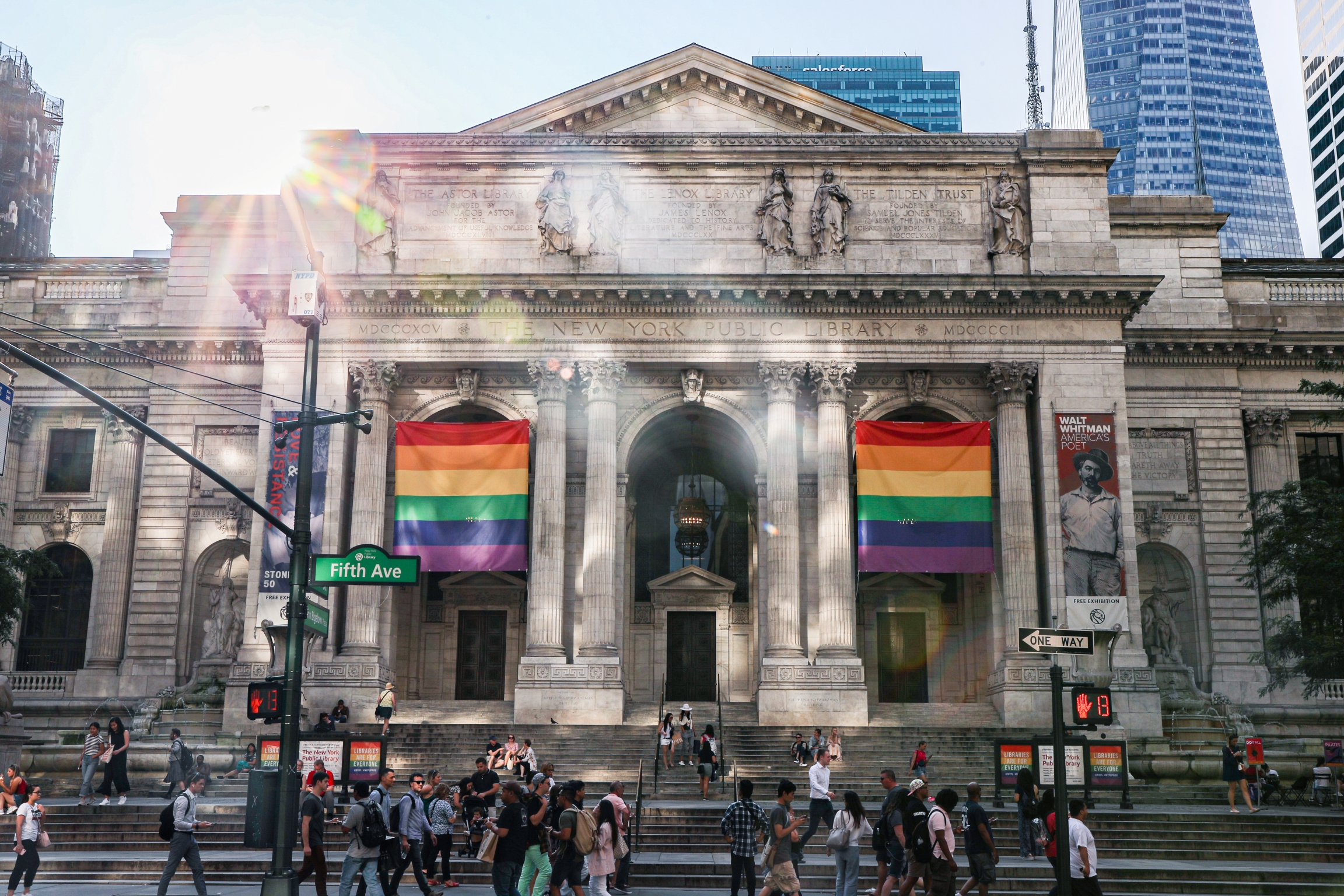 Rainbow pride flags are seen at the New York public library ahead of the 50th anniversary of the Stonewall riot, in New York.

Changes can be difficult to achieve because of a “serious lack of resources” — only $0.04 of every $100 of international development money is used to support LGBTQ people worldwide, Stern says. Still, she says that the LGBTQ movement “achieves enormous things on a poverty budget.”

But despite energy and progress, Stern says there are places without advocates where they're needed most.

“There are no LGBTIQ advocates in some of the countries where the criminal laws are the worst and the living conditions are most dangerous,” she says.

While activists are still working hard for securing LGBTQ rights, activists point at Stonewall as a beginning of change and liberation.

“People don’t have to build everything from scratch by themselves anymore,” Stern says. “We can help catalyze progress. If it took 50 years to get this far in the United States, why should it take 50 years in Iraq or Saudi Arabia or Cameroon? Why can’t we cut that number in half using our collective community strength?”