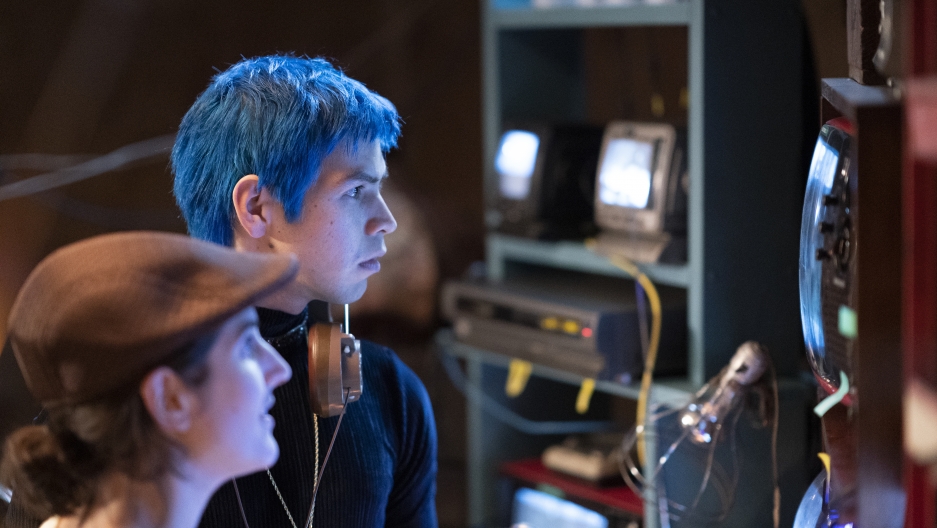 Ana Fabrega as Tati and Julio Torres as Andres in “Los Espookys.”

Set in Latin America, the new HBO comedy series “Los Espookys” follows a group of friends who start a business creating spooky stunts for clients in need of a little horror. Think “Scooby-Doo” meets a telenovela.

Julio Torres and Ana Fabrega — two of the co-creators, writers, producers and stars of the show — sit down with Kurt Andersen to talk about “Los Espookys.”

Set apart from other half hour comedies in its quirky comedic style and visual presentation, the series is also written almost entirely in Spanish. Its creators hope to bring their unique sense of humor and cultural background to a wider audience.

“The world outside of the U.S., most people consume American media and they primarily do it in English,” Torres says. “You know, a teenager anywhere in the world is watching the ‘Avengers’ movie and they're probably watching it subtitled. So now it's like, well, let's have it be both ways.”