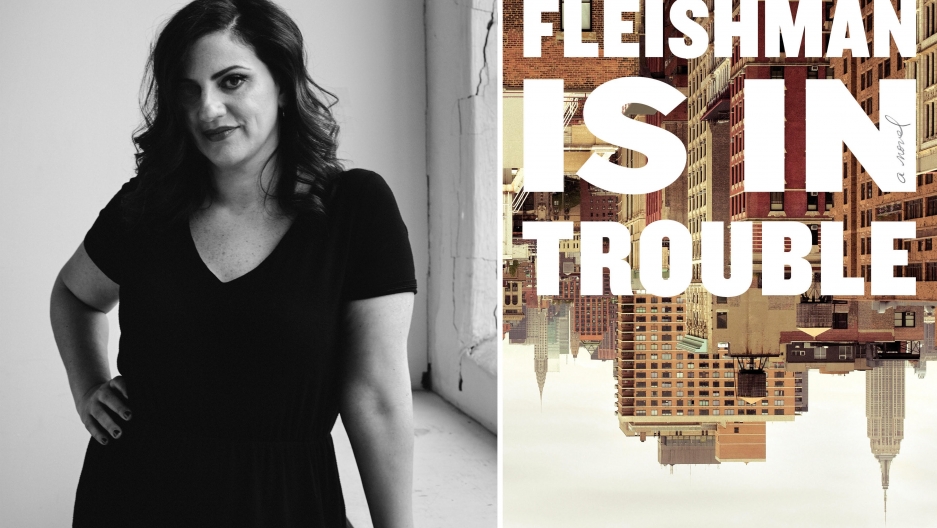 Taffy Brodesser-Akner and her new book, “Fleishman Is In Trouble.”

A few years ago the journalist Taffy Brodesser-Akner saw a rash of divorces among her friends. And she observed these newly-single people encountering the 21st century dating world for the first time.

“At first the thing that lit me on fire about this were the apps,” Brodesser-Akner tells Kurt Andersen. “The idea that back when we were all dating in the first place you had to show up in your disgusting human body and try not to look too needy in your eyes … And here now everything had shifted so that you were supposed to lead with your desire.”

These experiences inspired Brodesser-Akner’s debut novel, “Fleishman Is in Trouble.” Toby Fleishman, the protagonist, is a Manhattan doctor and father in the middle of a fraught divorce. Toby fills his time with app dating and feels betrayed by his more ambitious wife. This resentment was also inspired by the real divorces of Brodesser-Akners’ friends.

“Every man at some point … would say, ‘She was just so angry all the time,’” she explains. “But I couldn't believe how little examination of the anger question there was. I couldn't believe nobody felt that they then had to explain, ‘Here's what she was angry about.’”

Brodesser-Akner speaks with Kurt about the challenge of writing from the male perspective and about what she learned from the portrayals of marriage and divorce on the TV shows “Thirtysomething” and “Mad Men.”