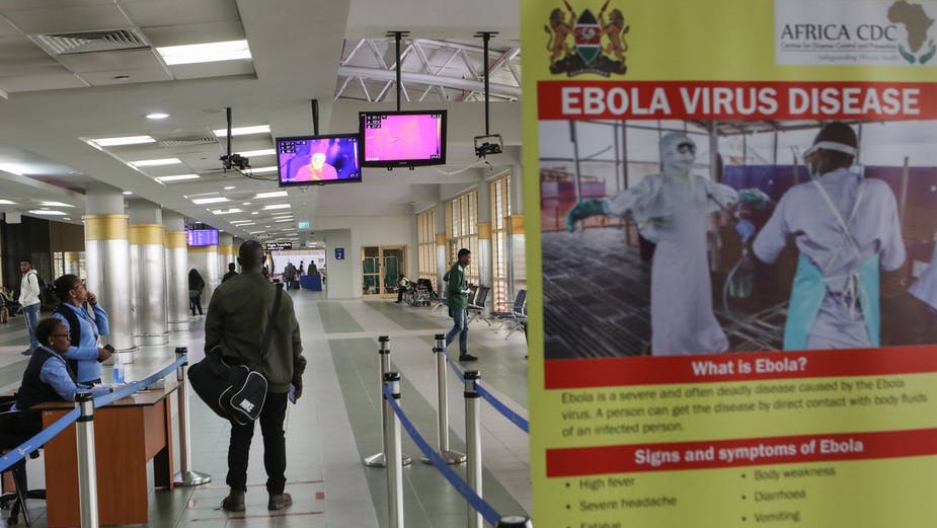 The second largest Ebola virus disease outbreak on record is currently raging in the Democratic Republic of the Congo (DRC) with over 2,000 cases and more than 1,400 deaths recorded. Uganda, which shares a long and porous border with DRC, registered its first confirmed cases and two deaths and, earlier this week, a suspected case in Kenya fortunately turned out negative.

While the epidemic has been mostly contained in the DRC, the potential and risk of spread is high. Given that Kenya shares a porous border with Uganda — and is a busy international travel hub — is Kenya ready to handle an outbreak? The Conversation Africa’s Moina Spooner asked Abdhalah Ziraba to share his insights.

How prepared is Kenya to handle an Ebola Virus Disease outbreak?

We saw Kenya’s Ebola response spring into action when there was a suspected case in Kericho, western Kenya. The patient was quickly isolated, samples were taken, and all potential contacts were traced. Major health facilities in the region were alerted and prepared to handle any reported cases. Kenya’s Health Cabinet Secretary was quick to issue statements to reassure the public. These actions show that all players are alert.

Kenya has been preparing for this. There’s a national ebola preparedness and response contingency plan tasked to monitor the situation, make sure enough personnel are trained and respond to suspected cases. Under this plan, there’s a rapid surveillance and response team who get dispatched to support health facilities that report any suspected Ebola case.

There are also experts on the ground. During the 2014 outbreak in West Africa, a Kenyan team of 170 people was dispatched and they spent about six months helping to bring down the epidemic. These individuals are part of Kenya’s Ebola mitigation teams that have now been mobilised to all major entry points.

Kenya appears prepared, but a lot more can be done.

There needs to be more awareness messaging for the general public — like Uganda has done in its border districts. Tighter screening at all borders (especially along the border with Uganda) is crucial, too. Primary health care workers — even those in private facilities — need to be able to pick out suspected cases. It is not clear to what extent low level health care workers have been sensitised on managing and reporting suspected cases.

All health facilities also need to be provided with a minimum of supplies to help them manage suspected cases. And in the event of a confirmed case, the ministry should consider providing an experimental vaccine to all front-line health care workers, as the DRC and Uganda are doing. That’s because health care workers are at a higher risk of exposure to the virus in any outbreak.

Who are the main players involved in managing the risk?

Healthcare providers are key. How quickly an outbreak is spotted and controlled depends on their ability to identify a case and manage patients while protecting themselves, and others, from infection.

The general public is vital too, especially when it comes to reporting cases early and managing the crisis. But they need to be equipped with the right information. In the past, in places where epidemics were poorly understood, they quickly flared up due to misconceptions about where the disease came from and the mode of transmission. People also continued with cultural practices that increased exposure — like the washing of dead bodies before burial.

Political leadership is critical in making decisions regarding resource mobilisation, distribution and to maintain order. A serious outbreak can lead to panic and the breakdown of security. This would affect those seeking health care; hinder service provision; and fuel misinformation.

Other leaders — community, cultural and religious — can also play a critical role in educating the public, and clearing up misconceptions that often fuel the spread of an epidemic.

International players — like the World Health Organisation — give vital support when it comes to technical and financial resources. Without these an outbreak could quickly become an epidemic. These actors must be engaged with from the planning stage.

What are the biggest risks Kenya faces?

The spread of the Ebola virus is made worse when there’s a lot of movement of people within — and between — countries. Kenya has wide and porous land borders with its neighbours. Many people cross the borders without being formally screened and documented.

Also, while there are thermal cameras at all official border points, there is a small risk that infected people would come into the country before getting the first symptoms. The time-lag between getting infected to showing symptoms ranges between two and 21 days.

Has Kenya had outbreaks before? How well did it manage them? What lessons were learnt?

While Kenya has never had a confirmed Ebola virus case, there has always been a risk. And so Kenya has taken proactive measures, including maintaining some form of surveillance.

The problem has been the consistency with which these measures have been applied. For example, the thermal cameras haven’t always been active or passenger travel history questionnaires consistently collected. As long as there’s an outbreak nearby, the country should always be alert.

Abdhalah Ziraba is an associate research scientist at the African Population and Health Research Center.