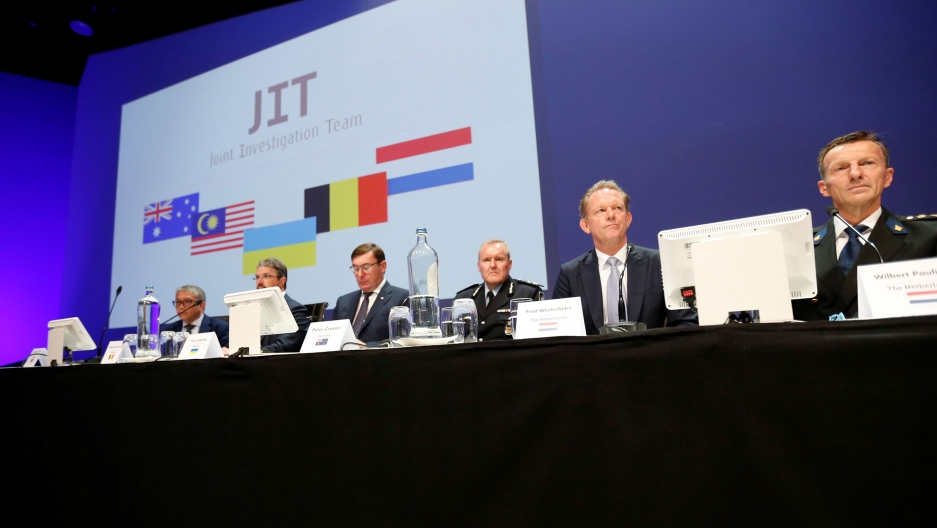 Investigators on Wednesday announced murder charges for three Russians and a Ukrainian for the 2014 downing of Malaysia Airlines flight MH17 over eastern Ukraine which killed 298 people, in a trial expected to start in March.

The suspects are likely to be tried in absentia, however, as the Netherlands has said Russia has not cooperated with the investigation and is not expected to hand anyone over.

"These suspects are seen to have played an important role in the death of 298 innocent civilians," said Dutch Chief Prosecutor Fred Westerbeke.

"Although they did not push the button themselves, we suspect them of close cooperation to get the (missile launcher) where it was, with the aim to shoot down an airplane."

Dutch Justice Minister Ferdinand Grapperhaus said in a letter to parliament the Netherlands had taken unspecified "diplomatic steps" against Moscow for failing to fully comply with legal requests or providing incorrect information.

The Dutch-led international team tasked with assigning criminal responsibility for the plane's destruction named the four suspects as Russians Sergey Dubinsky, Oleg Pulatov and Igor Girkin, and Ukrainian Leonid Kharchenko. It said international arrest warrants for the four had been issued.

Girkin, 48, a vocal and battle-hardened Russian nationalist, is believed to live in Moscow where he makes regular public appearances. He is a commentator on Russian and foreign affairs via his own website and YouTube channel.

"The rebels did not shoot down the Boeing," Girkin told Reuters on Wednesday without elaborating.

Ukrainian authorities said they would try to detain Kharchenko, the suspect believed to be on their territory.

MH17 was shot out of the sky on July 17, 2014, over territory held by pro-Russian separatists in eastern Ukraine as it was flying from Amsterdam to Kuala Lumpur. Everyone on board was killed.

Most of those on board were Dutch. The joint investigation team formed by Australia, Belgium, Malaysia, the Netherlands and Ukraine found that the plane was shot down by a Russian missile.

Last year Russian President Vladimir Putin called MH17's downing a "terrible tragedy" but said Moscow was not to blame and there are other explanations for what happened.

The governments of the Netherlands and Australia have said they hold Russia legally responsible.

Asked if she expected the suspects to attend the trial, Silene Fredriksz, whose son Bryce was on the plane, said: "No, I don't think so. But I don't care. I just want the truth, and this is the truth."

Moscow has said it does not trust the investigation.

"Russia was unable to take part in the investigation despite expressing an interest right from the start and trying to join it," Kremlin spokesman Dmitry Peskov told reporters.

The investigation team said Girkin was a former FSB security service colonel who served as minister of defense of the Donetsk People's Republic (DNR) in the summer of 2014.

Prosecutors have said the missile system that brought down the plane came from the Russian 53rd Anti-Aircraft Brigade, based in the western Russian city of Kursk.

By Toby Sterling and Anthony Deutsch/Reuters