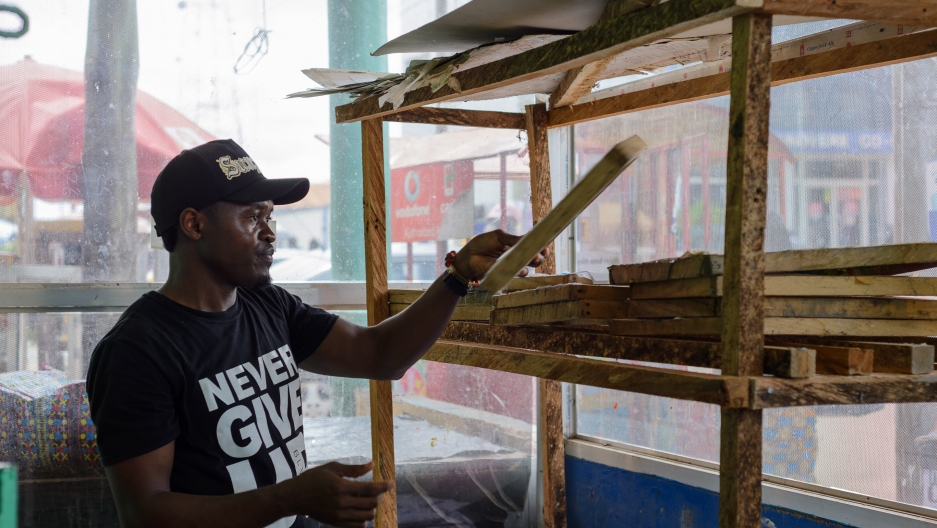 Halifax Osei Acheampong says there are few men his age left where he grew up.

“All the youths are gone," Acheampong says. "They have gone to Libya to look for work.”

Acheampong lives in Sunyani, a mid-sized city of about 200,000 in central Ghana. He's not ready yet to leave for Libya — and European governments are sponsoring programs to encourage men like Acheampong to stay in Ghana.

In the Sunyani area, communities crowdfund to help young men migrate via Libya to Europe in the hopes of remittances that, in turn, enable more young men to migrate. It’s home to 52% of all returnees rescued from Libya by the Ghanaian government during the 2011 uprising and subsequent civil war.

“All the youths are gone. They have gone to Libya to look for work."

“I have a cousin and an uncle who went to Libya and now they are in Europe,” Acheampong tells The World.

Another cousin died while living in Libya.

“Now that there is a crisis in Libya, some [migrants] suffer from gun wounds, some are going through torture and slavery,” says Superintendent Haruna Alhassan of Ghana's Migration Information Center, based in Sunyani — the first of its kind to provide information on migration safety.

In 2019, about 555 migrants died in the Mediterranean Sea trying to reach Europe, according to the latest figures from the International Organization for Migration.

Acheampong, 30, has also contemplated leaving Ghana many times but has so far not done it. Instead, he started a small graphic design practice in 2018 making screen-printed T-shirts.

Now he’s part of a business entrepreneurship program that he hopes will help him turn his company, “Haliwear,” into a profitable venture so that he can employ others and keep his friends from leaving. The project, funded by GIZ, the German development agency, is part of a larger pan-European effort to stop Ghanaian migration to Europe. 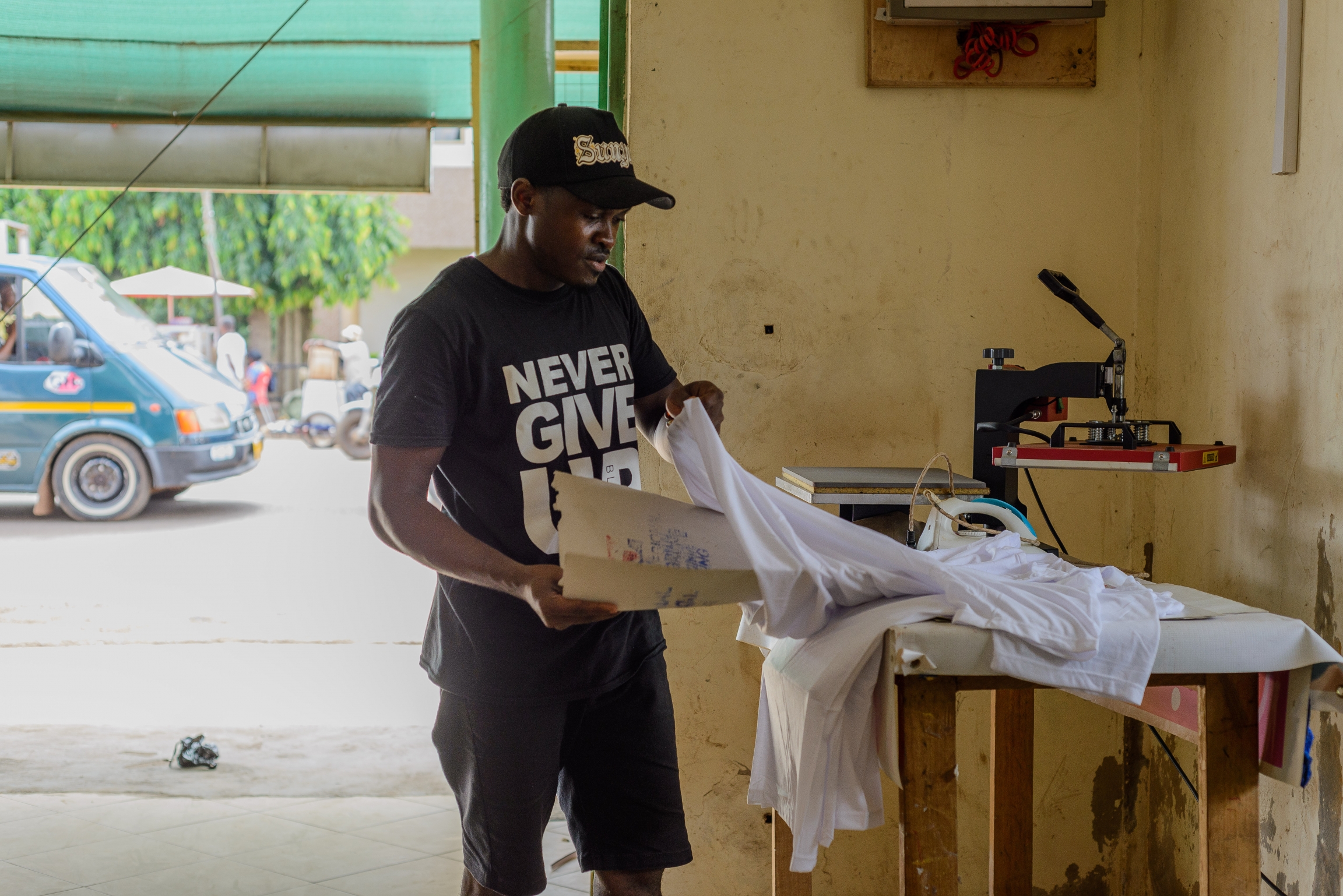 Acheampong, 30, has also contemplated leaving Ghana many times but has so far not done it. Instead, he started a small graphic design practice in 2018 making screen printed T-shirts.

Between January and March 2019, five-day boot camps were held in Accra, Kumasi and Sunyani. More than 3,200 young entrepreneurs participated.

These cities were chosen because youth have migrated via Libya to Europe in higher numbers than anywhere else in Ghana to look for jobs and a better life.

Unlike many of the other African countries where people flee for Europe, Ghana is a robust democracy with good economic prospects. It’s the fastest growing economy in the world in 2019, according to projections by the International Monetary Fund.

But that hasn’t stopped thousands of young Ghanaians from attempting the perilous journey to Europe via the Mediterranean in search of greener pastures.

According to the International Organization for Migration, 62,422 Ghanaians remained stranded in migrant detention centers in Libya alone in March 2018. Ghanaians formed the fifth highest number (out of 38 nationalities) of detained migrants after Egyptians, Nigeriens, Chadians and Sudanese.

That’s because structural problems belie Ghana’s economic projections and stellar GDP figures: Ghana’s new wealth, precipitated by the discovery of oil, has yet to trickle down to many — especially young people — in rural Ghana.

Unfair global trade rules and the enduring legacy of British colonialism means Ghana is still dependent on the export of raw materials, such as cocoa, which hit a 10-year low in 2018. Ghana and the Ivory Coast, producers of 70% of the world's cocoa, agreed in June on a minimum price for cocoa to try to protect farmers.

The unemployment rate of 6.7% is marginally above the sub-Saharan Africa rate. And the situation is most bleak for youth without formal education qualifications.

Paul Nana Nketiah, a 46-year-old accountant, stands before a small, attentive class, including Acheampong. He teaches the basics of budgets and business plans: “Financial management starts with a budget,” he says. 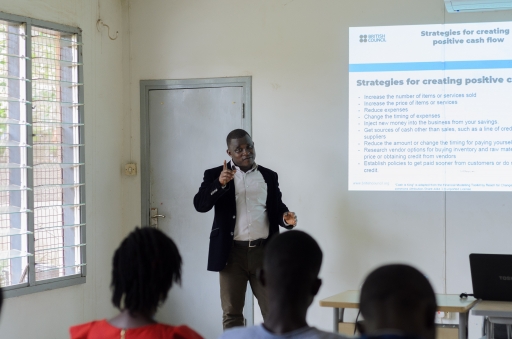 Paul Nana Nketiah, a 46-year-old accountant, stands before a small, attentive class and teaches the basics of budgets and business plans.

Nketiah teaches young Ghanaians how to own and manage a business as part of the second round of GIZ’s entrepreneurship program — officially called “Jobs for Youth: Migration and Employment Promotion Project.”

Classes such as the ones Nketiah teaches are part of wide-ranging efforts across Europe to stop migration and to show that “alternatives to irregular migration do exist in the country,” says Alan Walsch, head of GIZ in Ghana.

The EU’s other initiatives include bolstering patrols on the Mediterranean while strengthening the coastguards of North African countries. Despite the militarized seas and gruesome testimonies, many still attempt the trip.

Across Europe, far-right politicians are on the ascent, riding on a wave of populism and xenophobia. In European Parliament elections last month, far-right parties swept to victory in a number of countries including Italy, France and the United Kingdom.

In Germany, an open-door policy may have already cost Chancellor Angela Merkel her chancellorship — she announced that she will not run for reelection. Merkel’s decision to allow more than 1 million migrants and refugees has been praised, but it also ​​galvanized anti-immigration parties such as Alternative for Germany — now the third largest party in parliament.

If Nketiah’s business classes can prepare young Ghanaians for success in business, the idea is that it will keep them rooted in Ghana. But Nketiah can already see a few problems with the scheme.

Daniel Ankamah Mensah, also one of Nketiah’s students, acknowledges the urgency and desire for change.

“In 2017, I moved from my hometown to Accra to work on how I could get out of the country to continue my education and find a job because, after school, I wasn't getting employment,” says Mensah, 28. 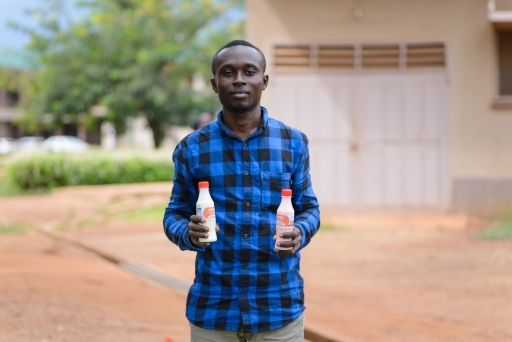 Daniel Ankamah Mensah started a yogurt-making business in his hometown in 2018. He tried to migrate to Europe in 2017 search of a job and further education.

He graduated with a degree in biochemistry in 2014, but still hasn't gotten a job and says dozens of his university friends have already left the country for Europe. After his own plans to migrate failed, he returned to his hometown to start a yogurt-making business. But nearly a year later, it’s yet to turn a profit. He hopes Nketiah’s lessons will change that.

About 90% of all Ghanaians who leave for Europe via the Mediterranean are young men aged 16 to 35, Superintendent Alhassan says. For young women, the destination is Gulf Arab countries where they find employment as domestic helpers under the kafala system which “can amount to forced labor,” according to the United Nations.

But the efficacy of the entrepreneurship program remains a question mark. Realistically, not all businesses will succeed and not everyone possesses the temerity to manage a business.

Professor Peter Quartey of the Center for Migration Studies at the University of Ghana has studied the use of aid by France to help minimize migration by setting up industries in areas with high migration with the hope that new jobs and income will stop people from leaving.

“The scale was very low and therefore it was not able to achieve very significant impact,” he said. Quartey adds that a major shortfall of such initiatives is monitoring after the project ends.

“If, after the training, you equip them with capital and you don’t ensure that the funds are used for the intended purpose, that will not help.” 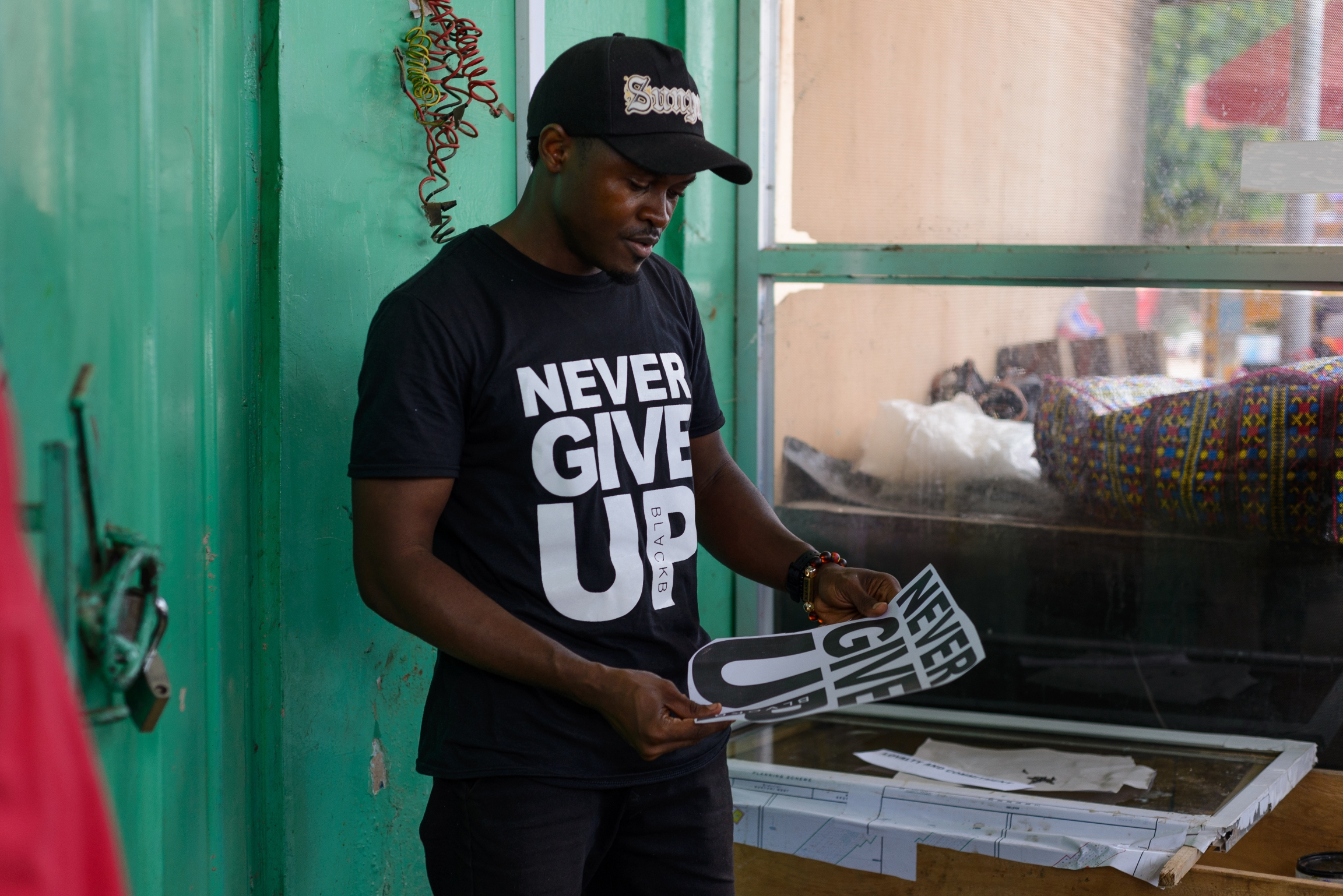 Acheampong, 30, checks out his design "Never Give Up." He decided to stay in Sunyani and build his screenprint business, but some of his family has already left. "I have a cousin and an uncle who went to Libya and now they are in Europe," he said.

Economic prosperity leads to greater security and mobility, and the GIZ-funded classes might convince some would-be migrants to try making a life at home. But it could also produce the reverse result.

For young entrepreneurs with big dreams, a small business might not be enough to keep them home if they are convinced of greener pastures in Frankfurt.

Editor's note: This story has been updated to clarify Angela Merkel is the current Chancellor of Germany.