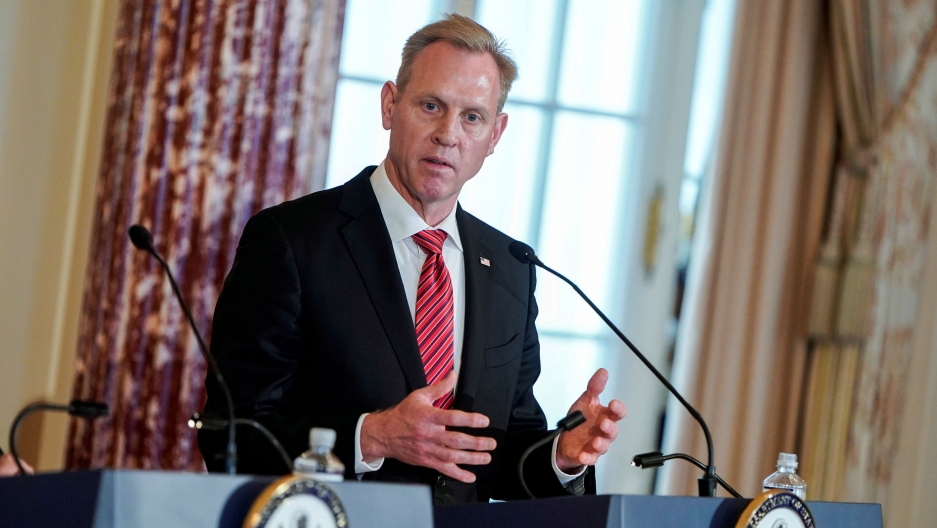 Acting US Secretary of Defense Patrick Shanahan speaks to the media in Washington, April 2019.

President Donald Trump announced on Tuesday that Acting Defense Secretary Patrick Shanahan has withdrawn from consideration to head the US military, stoking uncertainty about the leadership of the Pentagon at a moment of rising tension with Iran.

The decision comes amid reports of domestic violence in Shanahan's family, including between his ex-wife and his son and another account of violence between him and his ex-wife. The alleged incidents emerged as the FBI was conducting background checks ahead of a Senate confirmation hearing.

Trump said the secretary of the Army, Mark Esper, will be named as the new acting defense secretary. Esper, who is widely respected inside the Pentagon, had been considered a leading contender for the job if Shanahan was ultimately not confirmed.

But the decision, which Trump said owed to Shanahan's desire to spend more time with his family, promises to prolong what has already been the longest period without a confirmed secretary of defense. Shanahan was the longest official in history to serve as secretary of defense in only an acting capacity, according to Pentagon records.

Trump's critics had already questioned whether Shanahan, without Senate confirmation, had the power to stand up to Trump if he had a difference of opinion on military strategy, since his nomination could be withdrawn at any time.

The former Boeing executive did not have prior experience in national security matters before he was picked by then-Defense Secretary Jim Mattis to be his deputy. Shanahan had been in the job, in an acting capacity, since Mattis stepped down at the end of 2018 citing policy differences with Trump.

Trump's announcement of Shanahan's decision came shortly after USA Today reported that the FBI had been examining a nine-year-old domestic dispute involving Shanahan and his then-wife as part of a background check for the job as Pentagon chief.

The newspaper reported that Shanahan said he "never laid a hand on" his former wife. But USA Today reported that both he and his wife had claimed they had been punched by the other.

The Washington Post reported a gruesome incident involving Shanahan's teenage son allegedly hitting his mother, Shanahan's ex-wife, with a baseball bat, leaving her unconscious, in a pool of blood.

"Bad things can happen to good families and this is a tragedy, really," Shanahan was quoted telling the Washington Post this week. He added the disclosure of the incident would "ruin my son's life."

Pentagon officials could not be immediately reached for comment about the domestic violence reports or about Trump's announcement.

A source familiar with the situation said Shanahan met Trump in the Oval Office on Tuesday morning, telling him that he wanted to step down. The source, speaking to Reuters on condition of anonymity, said the decision was 100 percent Shanahan's.

By Phil Stewart and Steve Holland/Reuters