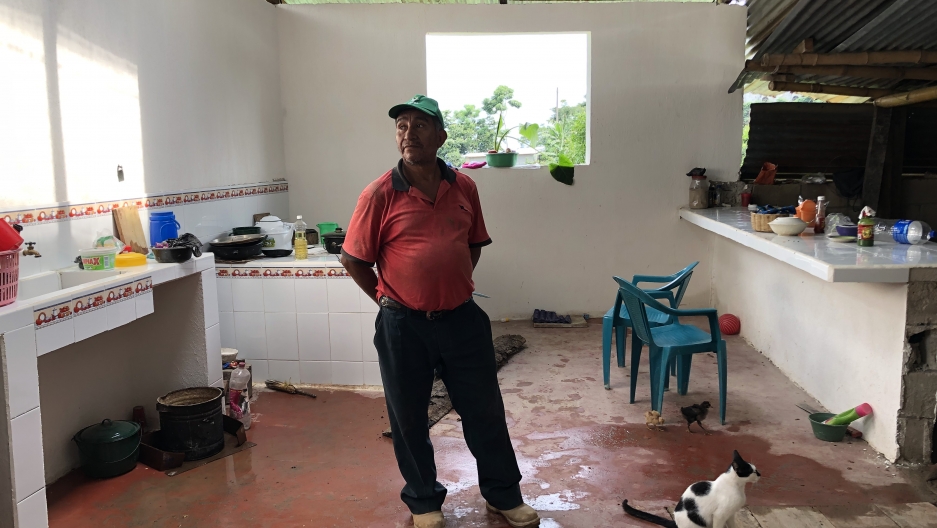 Fernando Gónzalez Hernández stands inside a newly built house in western Guatemala. It was built with remittance money from his son, who lives and works in the US.

Guatemalan voters went to the polls Sunday, sending two presidential candidates to a runoff election in August. Whoever wins will be under enormous pressure to stop Guatemalans from migrating: US President Donald Trump doubled down this week on his promise to withhold millions of dollars in aid to the country until it reduces the number of migrants reaching the US border.

But stopping people from leaving Guatemala may be a tall order. Migration has become a duty for many families in some parts of the country, and those already in the US are leaving an imprint on their homeland from afar. 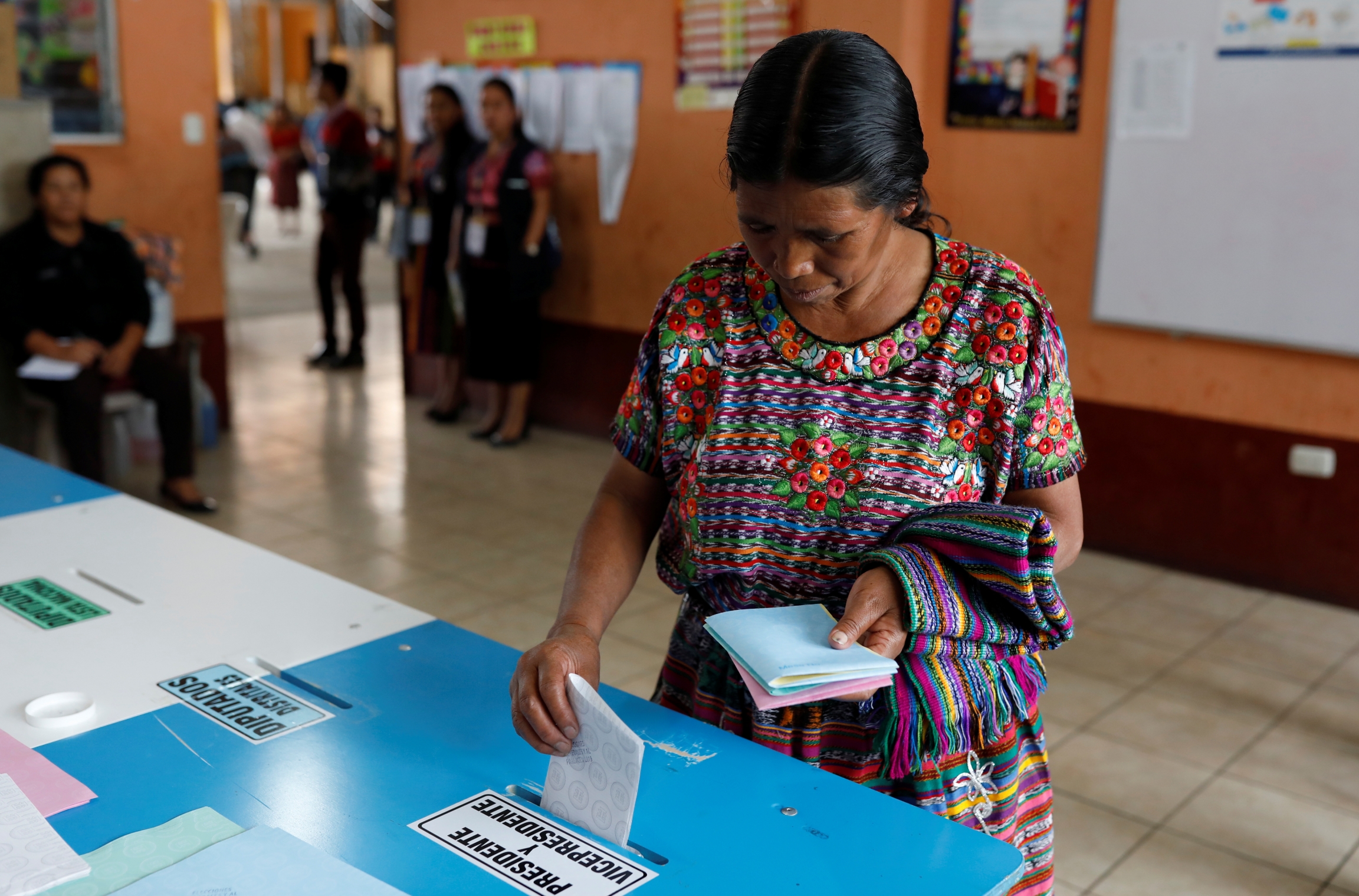 A woman votes at a polling station during the first round of Guatemala's presidential election in San Pedro Sacatepequez, Guatemala, June 16, 2019.

In the village of Comunidad Agraria Emanuel, a coffee-growing region in western Guatemala, Fernando González Hernández watches as his nephews saw wood. They’re building a cabinet for his new home.

González helps by straightening out old nails with a hammer so that they can be reused. The home is a work in progress — thanks to one person: González's eldest son.

He states his son's name with pride: “Federico González Morales. He’s in Indiana."

His son works in construction and sends home remittances, or cash, every month. It’s money that’s helping build this home, which is bare-bones but comfortable: a big living room, small kitchen, two bedrooms, a concrete floor. The roof is mostly tin shingles roped together — but González says it’s better than it was before.

“When it rained, the wind blew off parts of the roof. We had to go run and fetch it,” he said, laughing at the memory. So far, the new house has cost around $6,500 — far beyond what the family here could save without help from their son’s remittances.

González makes around $4.50 per day as a coffee farmer in Guatemala, which isn’t enough to pay for basic expenses. It’s a situation many families face here, especially since coffee prices have crashed in recent years.

Today, around one in four Guatemalan families receive remittances — mostly from the US — and those remittances account for roughly 50% of their income. The reliance on family remittances in Guatemala started around 15 years ago, said Manuel Orozco, director of the Migration, Remittances and Development program at the Inter-American Dialogue, a Washington, DC-based think tank. The average remittance is around $300 per month, he said.

One of the first things migrants do is send money to family members to invest in a new home, or fix up their old one.

“The main reason they do that is because it’s a safe, reliable and attractive way to build assets in your homeland,” Orozco said. 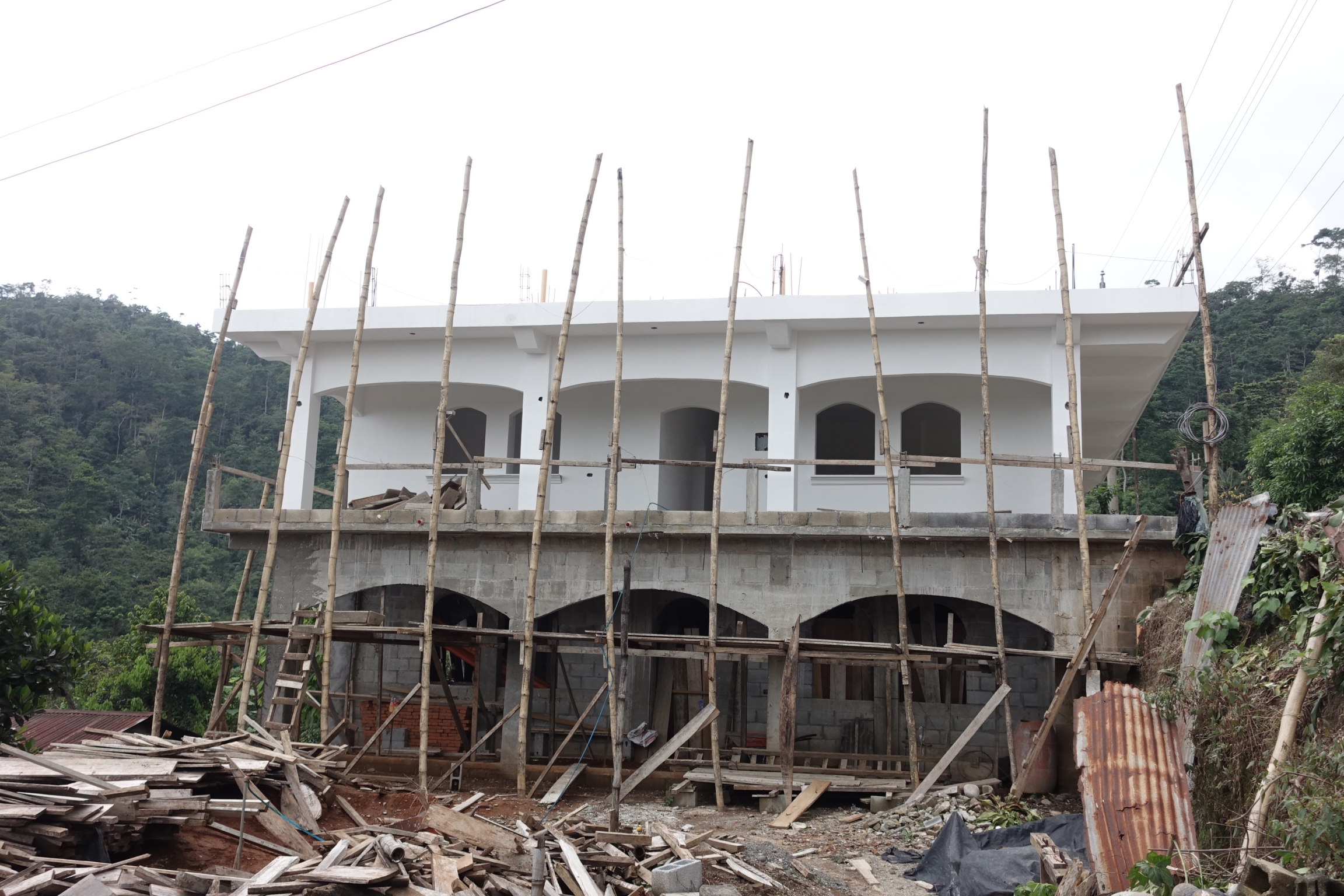 New houses are constantly being built with the help of remittance money in the village of Comunidad Agraria Emanuel, a coffee-growing region in western Guatemala.

Also, buying — or building — a home in Guatemala is nearly impossible for poor people, many of them small-time farmers who have been hit hard by droughts. More than half the population lives below the national poverty line, and 23% lives in extreme poverty.

“They don’t have access to the financial system. There is very little access to mortgages because interest rates are very high,” Orozco said. Interests rates hover around 13%.

As more Guatemalans migrate, new houses are going up every month in Comunidad Agraria Emanuel with money from remittances. But the tradeoff is an exodus of people. Since October 2016, more than 800,000 unaccompanied minors and parents traveling with children have turned themselves in to US Border Patrol agents. Guatemalans make up 40% of them.

Overall, Guatemala has seen "over 1% of its total population migrate to the US in the first seven months of this fiscal year," according to acting Homeland Security Secretary Kevin McAleenan.

González’s youngest son recently left for the US to seek work, leaving behind his wife and kids. But he didn’t make it: He was caught by US border officials and placed in detention.

González is unsure whether his son will be deported to Guatemala. But even if he is, there’s a good chance he’ll try his luck again. Single adults generally pay smugglers about $10,000 to cross the US border without detection. Under the deal offered by smugglers, they usually get three shots at it — which means they keep trying. Earning money to send back home is a big motivation.

“It’s for necessity,” González said. “To do something. It’s for the family.”

Guatemala as a whole has come to financially rely on remittances, said Claudia Samayoa, a human rights worker in Guatemala. They total around $9.3 billion per year, or 12% of the country’s GDP.

“Our main export is people."

And that can have a negative impact on families, she said. Guatemalans who go to the US often leave behind all or some of their children to be raised by one parent or their grandparents.

“There are some studies saying the possibility of co-opting children for gangs is exactly because the family structure has been lost,” Samayoa said.

Still, the lure — and economic necessity — of migration propels more people to leave. Trump’s efforts to withhold millions of dollars in aid from El Salvador, Guatemala and Honduras for failing to stop migrants from leaving for the US is likely to make life even harder for those countries. And not a single person in Comunidad Agraria Emanuel expressed hope that Guatemala's next president would improve their life in a tangible way.

Maida Santizo lives in Comunidad Agraria Emanuel, not far from González. As she fried up beef outside her small house, she reflected on the recent migration of both her son and her daughter — who left with Maida’s granddaughter.

“We are poor. We can’t give my daughter what she wants — for herself or her child,” she said.

Santizo said her son and daughter will send home money to support her and her husband. But, she added, “I didn’t want them to go. They are leaving us here, alone.”