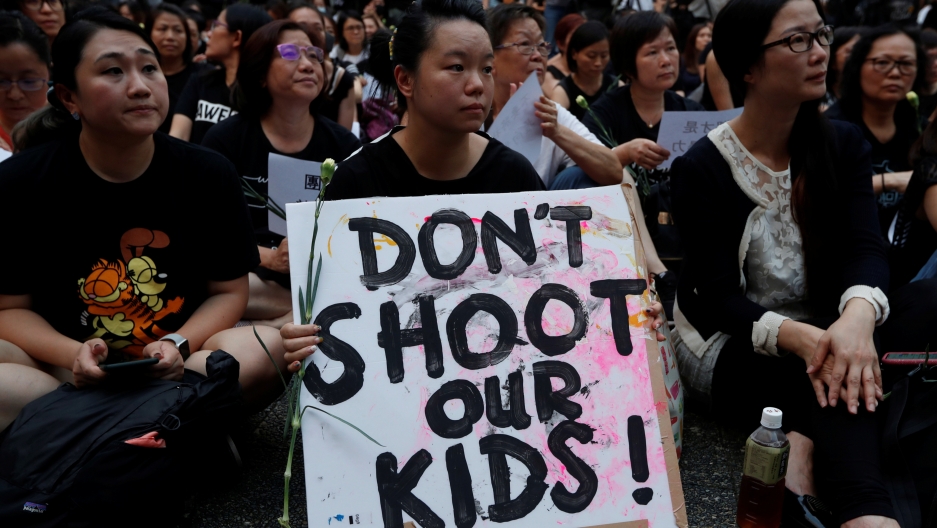 People attend a rally in support of demonstrators protesting against proposed extradition bill with China, in Hong Kong, China, June 14, 2019.

Hundreds of thousands took to the streets of Hong Kong this week to protest an extradition bill. The bill, which will cover Hong Kong residents and foreign and Chinese nationals living or traveling in the city, has many concerned that it may threaten the rule of law that supports Hong Kong's international financial status, as well as its legal system.

Opposition to the bill on Sunday triggered the former British colony's biggest political demonstration since its return to Chinese rule in 1997 under a "one country, two systems" deal. The agreement guarantees Hong Kong's special autonomy, including freedom of assembly, free press and independent judiciary.

Emily Lau, a Hong Kong lawmaker and politician, has been a prominent pro-democracy activist, vocalizing her opinions regarding the conflicts and protests taking place.

"...We don't want people to think that Hong Kong is a real police state. This sort of behavior is unacceptable.”

“I don't know what the police are doing,” Lau said. "Yesterday, they went to hospitals to arrest people. And now, today, they go to university dormitories. And, of course, we must get the police to come out and stop that and to behave in a civilized way. And they should know the whole world is watching. So we don't want people to think that Hong Kong is a real police state. This sort of behavior is unacceptable.” 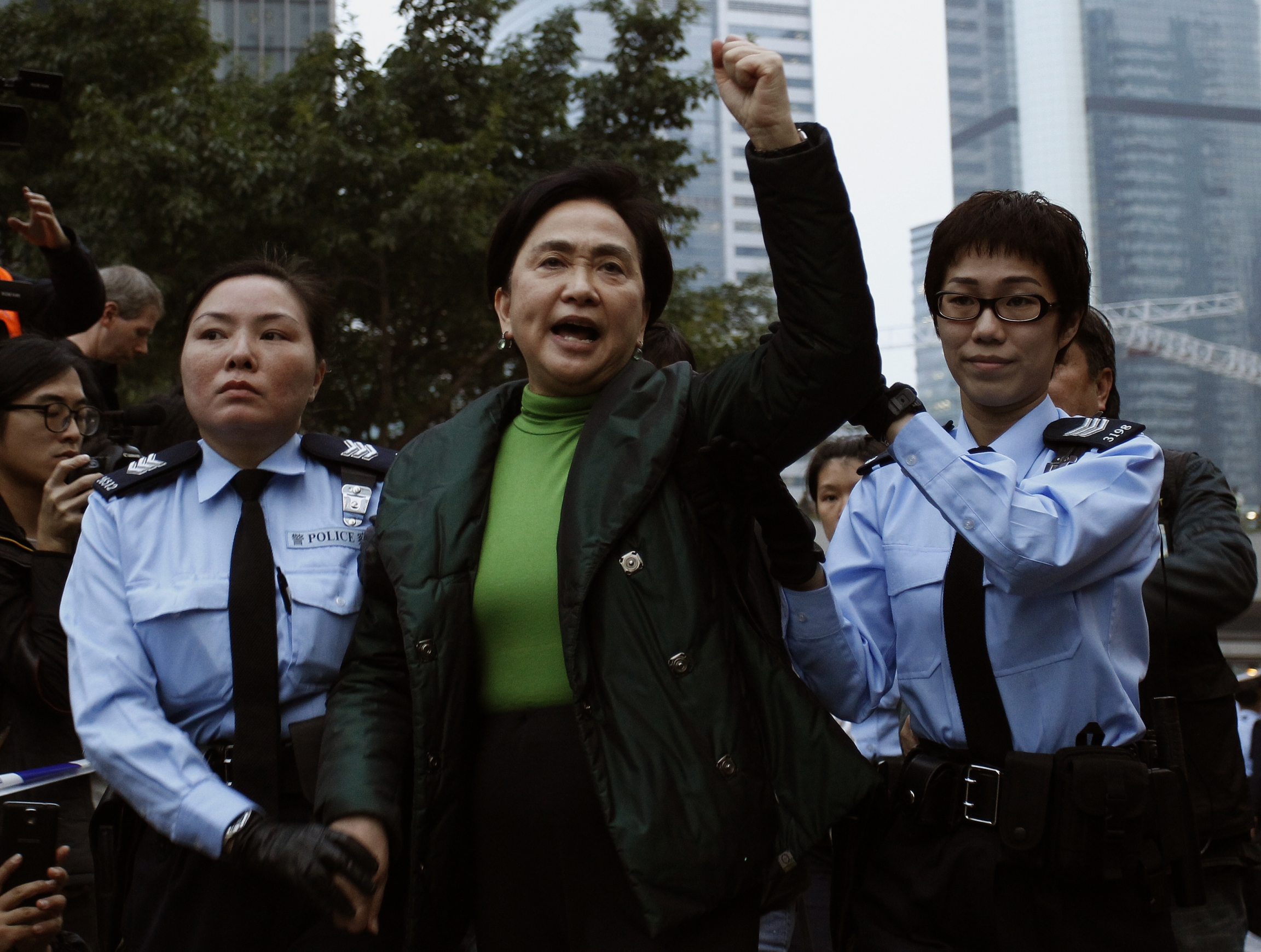 Pro-democracy lawmaker Emily Lau chants slogans as she is taken away by the police outside the government headquarters in Hong Kong December 11, 2014. Hong Kong police arrested pro-democracy activists and cleared most of the main protest site on Thursday, marking an end to more than two months of street demonstrations in the Chinese-controlled city, but many chanted: "We will be back".

Lau spoke with The World's Carol Hills about her thoughts on the extradition bill, the protests and her hopes for the future of Hong Kong.

Carol Hills: Do you worry that Hong Kong is being pulled into the larger clash over Asia's future, pitting America and China against one another in increasingly worrisome ways?

Emily Lau: Maybe it's inevitable, but I think Hong Kong — we have been part of China for 20-odd years — managed to have a separate existence under China's policy of one country, two systems, whereby the people here — the 7 million — can enjoy freedoms, personal safety and the rule of law, independence of the judiciary which the people in the rest of the People's Republic of China do not enjoy. So this is something quite remarkable, but now it seems the Chinese government is getting fed up with us and they want to take away those things, so you can see the city is fighting back. That's why we have a million people marching.

"So many things are happening so just don't say we are a lost cause."

Emily, at this point, do you wish Hong Kong could separate from China and have full autonomy?

Most of the Hong Kong people do not want it. I have been a representative of the people for a quarter of a century. When I started out, of course, I said I believed in self-determination. But when the British were negotiating with China about the future of Hong Kong in the 1980s, there was no self-determination movement because the vast majority of the people here accept that they are Chinese and that Hong Kong is Chinese territory. So if I'm going to represent them, I have to respect their wishes, and now we are not fighting for independence, we are just fighting for the Chinese to keep the promise that they made to us of one country, two systems. They destroyed our free lifestyle.

Now it seems like this movement, though, is running out of options. Its youth leaders have tried to join the government only to be jailed, disqualified, accused of being stooges for China's rivals. What more can the protesters and can people in Hong Kong do?

If the city is in turmoil like this, the businesspeople are very upset and when they are upset, they will want to do something, too. So many things are happening, so just don't say we are a lost cause.

"...what you have seen on the streets of Hong Kong is really people power ... that's what the Hong Kong people are like."

But what leverage, at this point, does the opposition have to move its costs forward?

We are not very big. Political parties are very small. But what you have seen on the streets of Hong Kong is really people power and there is no one really [who] can organize these people to come onto the streets. Not this 1 million people marching or the big gatherings outside the legislative council and government complex. It's just the people themselves. And that's what the Hong Kong people are like. I don't think they want to be manipulated or organized, but when they know something is important, they will turn up.

Emily, what is your next move specifically? What are you going to do next?

They have just organized another march on Sunday. This time we will march in black.

Are you going to go?

I will be there and I hope that politicians in your countries will ask questions in Parliament, in Congress. Just let the whole world know the nasty things they are doing to little Hong Kong.