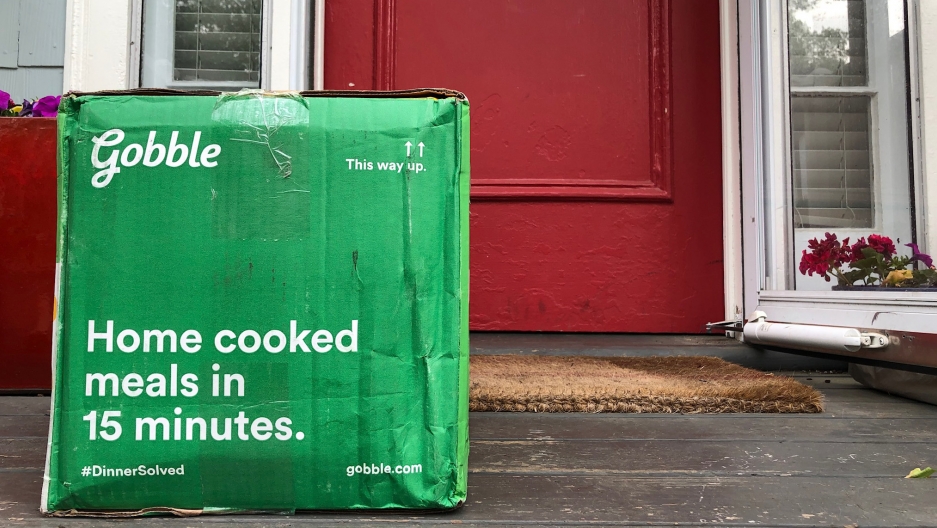 Home-delivered meal kits are a $3.1 billion-a-year business in the United States, perhaps half the worldwide market.

Every Wednesday is a big deal around my house — my wife, Amy, opens our big box of meals, shipped from the company Gobble. Home-delivered meal kits are booming across the globe, like meals from Hello Fresh or Blue Apron that arrive in the mail. They send us the raw ingredients and a recipe; we cook it up.

Last week we got grilled lemon-pepper chicken drumsticks with zucchini and summer tortellini salad, crispy fried polenta cakes, and pan-roasted chicken with broccoli and mac and cheese. It takes us about 15 to 20 minutes to cook each one of these meals. My wife is faster.

We make fewer trips to the grocery store, have fewer fights about what to eat, and get a tasty, healthy meal out of the deal.

But then there’s that packaging … and the guilt that comes with it.

The amount of trash and recycling we generate for just three meals seems obscene. Each meal comes in a plastic bag, then each ingredient comes in a smaller bag or container. The meals come surrounded by Mylar bubble wrap and multiple packets of “Nordic Ice.”

We recycle what we can. Still, we’re not alone in feeling conflicted about all that wrapping.

“I had a number of friends who were subscribing to meal kit services and expressing a lot of guilt about the amount of plastics and packaging that were being produced.”

“I had a number of friends who were subscribing to meal kit services and expressing a lot of guilt about the amount of plastics and packaging that were being produced,” says Shelie Miller at the University of Michigan’s School for Environment and Sustainability.

So, Miller decided to investigate the carbon footprint of the meal kit boom by comparing the greenhouse gas emissions related to meal kits versus buying food at the grocery store. She pored through Department of Agriculture data and sent some undergrads to a local grocery store to replicate a meal kit.

“What we found is that the meal kits actually had lower environmental impact than the same meals from a grocery store,” Miller says.

It can be hard to believe when you see all that packaging. 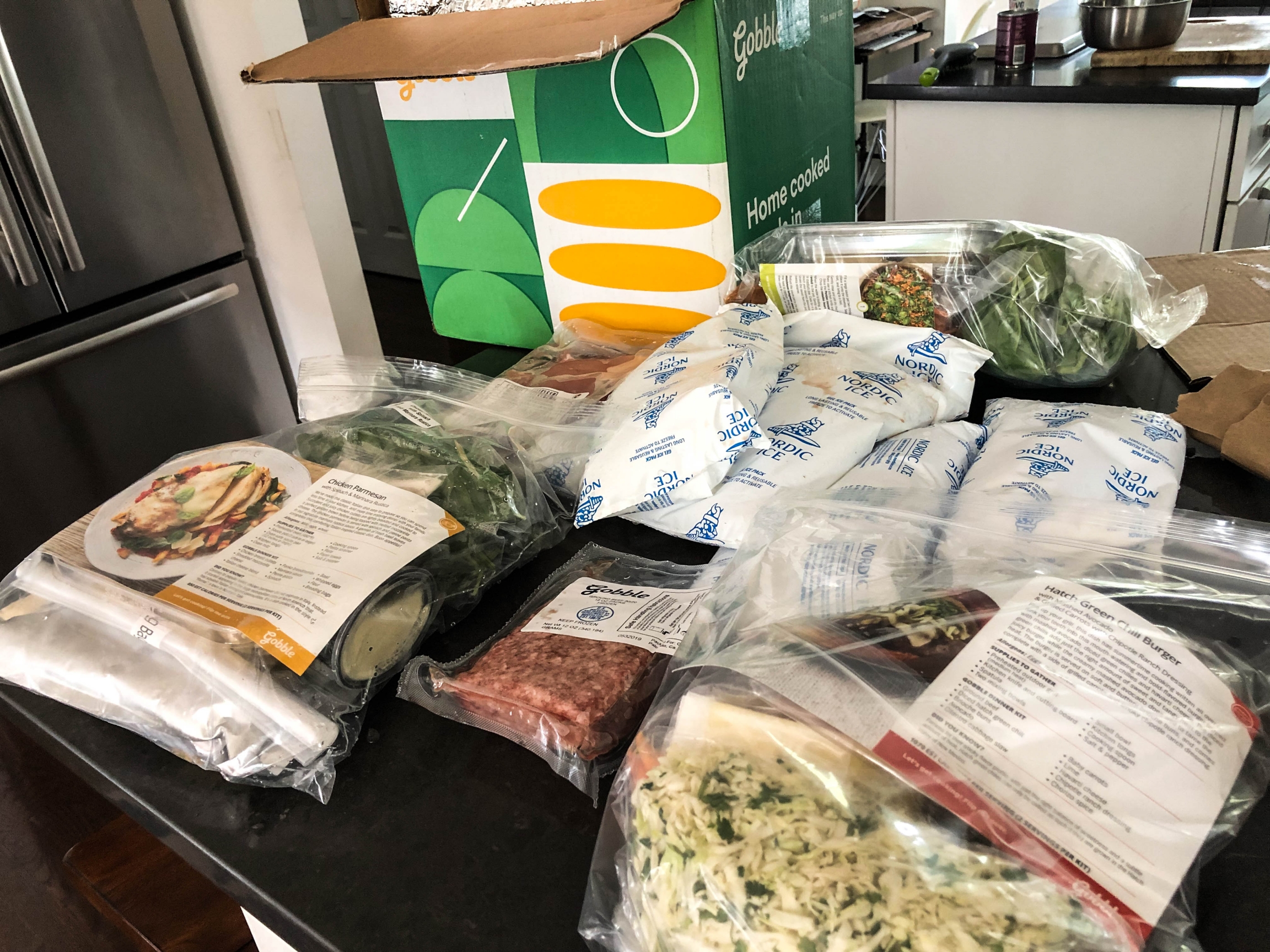 A meal kit from the California-based company Gobble — the packaging keeps food separated and cold.

But Miller says people need to look at the big picture. She says we tend to focus on what we see right in front of us.

When most of us go to the grocery store, there’s a mismatch between what we buy, and what we actually eat.

“The nice thing about the meal kits is that they're perfectly proportioned to the recipe that we're buying,” Miller says and calls food waste the “invisible problem.”

Even if we were trying to re-create an exact meal-kit recipe with our shopping list, Miller says not wasting food would still be a challenge.

Worldwide, about 30 to 40% of food gets wasted. If food waste were a country, it would rank only behind the US and China for greenhouse gas emissions, according to the Food and Agriculture Organization of the United Nations.

According to the market research group “Packaged Facts,” US consumers are buying about half of the world’s meal kits — $3.1 billion worth a year, with growth projections of 12% annually for the next four years.

The concept is also taking off in “Germany, the UK, Australia, Canada, New Zealand and France,” says Cara Brosius, who researched the meal kit industry with Packaged Facts and the Freedonia Group, a market research firm in Cleveland.

China and India are also on the meal kit horizon as e-commerce continues to grow in those countries.

Miller is looking to study China’s meal kit industry next and also adds a big caveat to her study of US consumers: individual results vary. There are a huge number of moving parts when figuring something like this out — transportation, packaging, air pollution and water quality, to name a few.

“It’s another case of ‘the devil is in the details,’” says Susan Selke, director of the School of Packaging at Michigan State University.

“If you're a responsible consumer, you certainly can shop at grocery stores and have less environmental impact than by having all your meals delivered in meal kits with all the associated extra packaging,” says Selke. 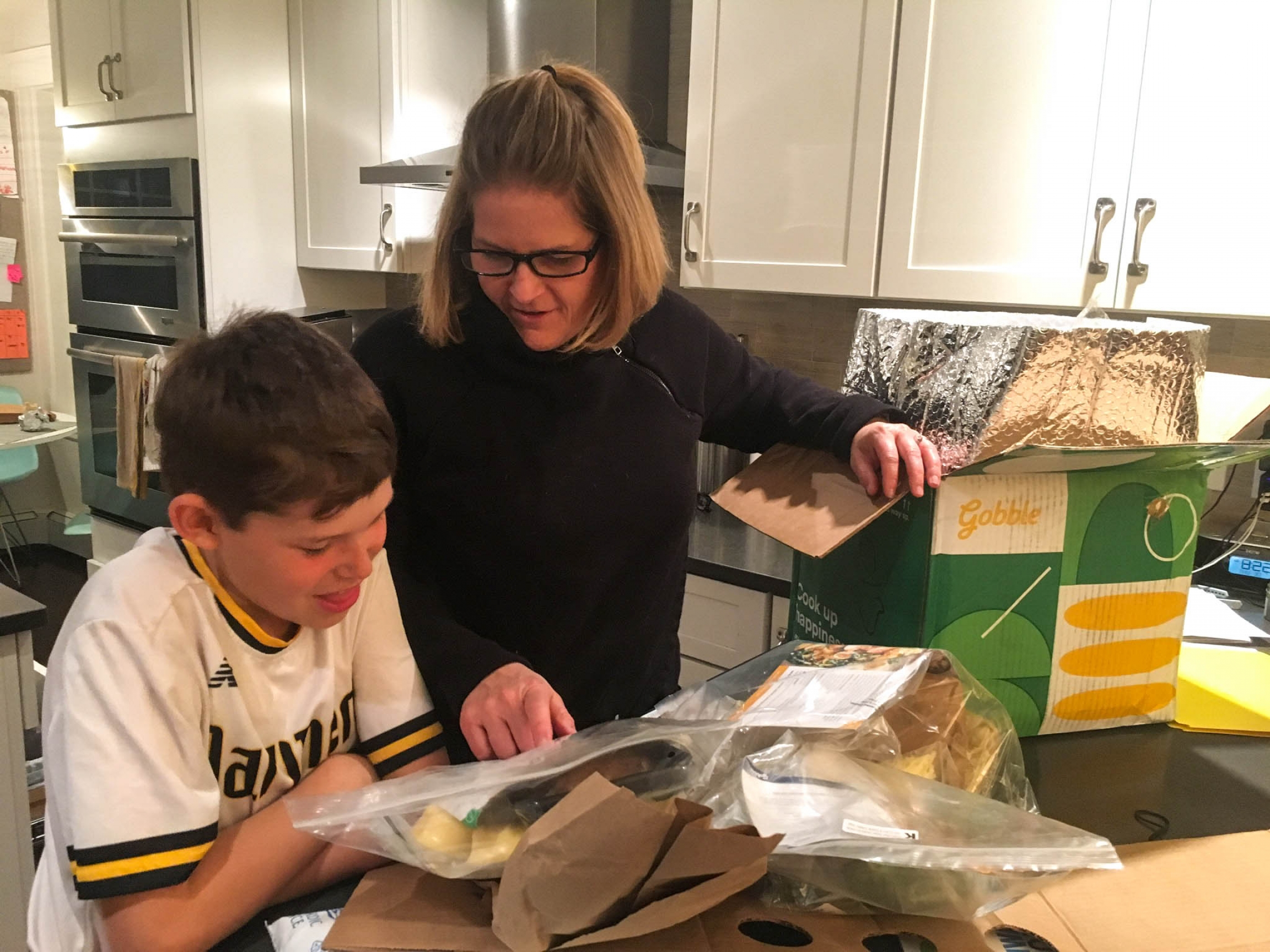 Wednesdays are a big deal when our meal kit arrives. For my son, Charley, and wife, Amy, it’s like unwrapping a present.

But it can be hard to be that responsible consumer. And Selke adds that meal kit companies are, in fact, trying to minimize their footprint.

“Because packaging is an expense to the companies using it, they have an automatic economic incentive to try to try to spend less on packaging,” Selke says. “We’ve turned out a lot of graduates over the years who go out to these companies and save them money.”

In most cases, she says, less money spent on packaging means less environmental impact. Still, is there a better way?

In the European Union, as well parts of the US, there’s a big push to cut down on household waste. And that’s shifting meal kits into grocery stores where you don’t need a big cardboard box, ice packs and bubble wrap.

Cara Brosius says buying at the store can be cheaper and, actually, easier: “You would think that delivery would be more convenient, but people do not want those packages to be out on their doorstep for a long time.”

A mismatched delivery time can spoil everything. Literally.

So, could meal kits bought at the grocery store hit the environmental sweet spot? It would mean less food waste and packaging, and no more polluting diesel trucks coming right to my door just for me.

“But that's just one package on a big truck that has a lot of packages,” says Shelie Miller. “Meanwhile, most people drive to and from the grocery store to get their meals. And so it ends up being more miles per meal.”

Now, if you walk to a farmers market, bring a cloth bag and eat all the food you buy, you clearly win the environmental sweepstakes. But for the rest of us who want to cook a decent meal and care for the planet, it’s more complicated.