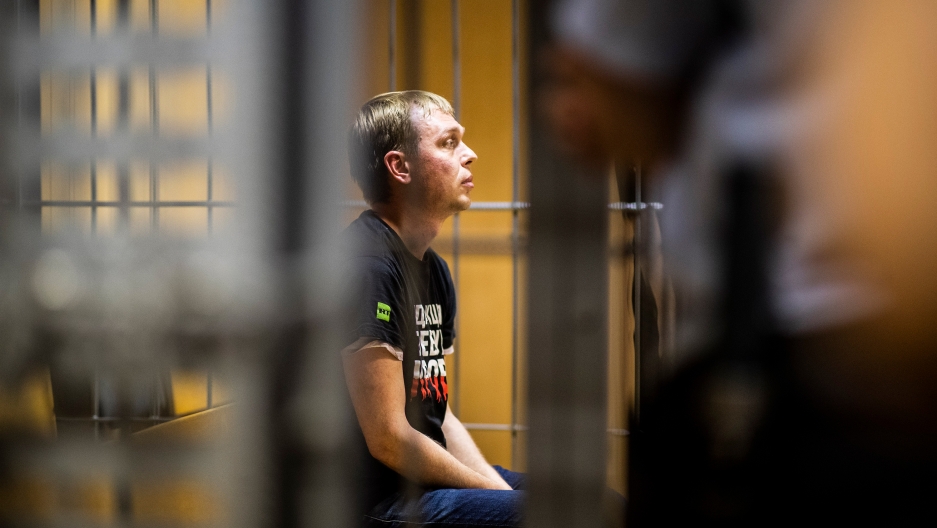 Ivan Golunov sits behind bars after being arrested in Russia in what some say is retaliation for his investigative reporting.

Update: Russian police on Tuesday abruptly dropped drugs charges against journalist Ivan Golunov, a rare U-turn by the authorities in the face of anger from his supporters who alleged he was framed for his reporting and threatened to stage a mass protest in Moscow. Reuters

An international outpouring of outrage and solidarity has followed the beating and detention of Russian investigative journalist Ivan Golunov, with Russian celebrities, state and independent journalists and even officials coming out in support.

Golunov, who reports on corruption in Russia, was arrested June 6 in Moscow and charged with attempting to sell drugs. His legal counsel says the narcotics were planted and those familiar with Golunov's work suspect that his investigative coverage may be the true motive behind his arrest.

"I did not commit a crime, I am ready to cooperate with the investigation, I have nothing to do with the drugs," Golunov, 36, was quoted by Russian news agencies as saying.

On Monday, three major Russian newspapers published nearly identical front pages and a joint editorial in a nearly unprecedented show of solidarity. The BBC describes it as a “watershed moment: when Russian journalists from across the political spectrum realized the "system" had gone too far.”

For the first time in their history, three Russian newspapers will print identical above-the-fold designs on their front pages. They read "I/WE ARE IVAN GOLUNOV." pic.twitter.com/FCuEY2LEIv

Golunov is under two months' house arrest in Moscow while the investigation continues after a court rejected a request from investigators to hold him in custody, likely a response to public outcry over his arrest.

Journalists critical of the government or other authorities have led a dangerous existence in Russia since the 1990s. According to the Committee to Protect Journalists, a US nongovernmental organization, 58 journalists have been killed in Russia since 1992, of whom 38 were targeted for murder.

Golunov is a freelance correspondent with Meduza, an investigative Russian-language news outlet, based in Riga, Latvia, where press freedoms far outrank those in Russia. Pro-Kremlin outlets dominate the Russian media sphere, while independent journalist organizations like Meduza have faced difficulties.

Meduza editor-in-chief Ivan Kolpakov spoke with The World's Carol Hill about Golunov's arrest and what the emotional outpouring of support could mean for the charges. “We are 100 percent sure that it was absolutely a made-up case.”

Carol Hill: Ivan Kolpakov, why do you think Ivan Golunov was arrested?

Ivan Kolpako: We think that it is because the main characters of his latest article did not want him to publish this piece. That's it. This is very simple.

And the subject of this latest article is the funeral business in Moscow with some sort of corruption story related to it?

Yeah, but I can't give you more details. He wrote a lot of anti-corruption stories. And this is just one among others.

Golunov I know appeared in a courtroom and I understand it was quite an emotional scene.

It was. It was really hard. You know he was detained for three days and he did not have any connection with the outer world except his attorney. So when Golunov just appeared in the court, he realized that thousands of people, that hundreds of journalists are following his story and thousands of people are covering this story. It was super emotional. I think he was he was surprised and he, how to say it in English, I'm sorry. [Hills: Crying?] A bit, a bit, maybe a bit. Just couple of eye drops.

What sort of response are you seeing in Russia and elsewhere around the world to Golunov's arrest? 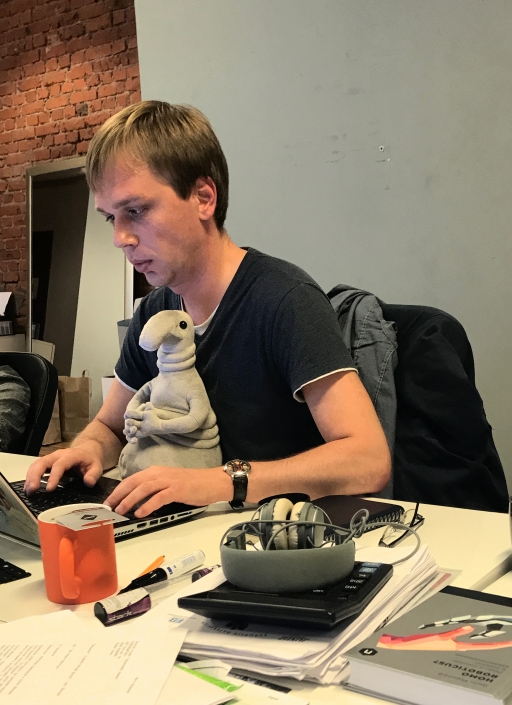 Investigative journalist Ivan Golunov has a reputation both for investigative stories and his sense of humor, says Meduza editor Ivan Kolpakov.

I think nothing like this happened for 15 years or even more in Russia. Celebrities, TV presenters, state journalists, independent journalists, musicians, poets, writers, bloggers and even some officials support Ivan Golunov in Russia. So this is more than just a Facebook bubble. This is what people talking about in the public transports. This is what people talking about in taxi. This is a huge story.

What is it about his work that has generated such an enormous response?

He has a very strong reputation within the industry and people who actually organized the prosecution of Ivan, they did not realize how strong is his reputation and how many people love him and how many people are ready to support him. He is smart and clever and funny and, well, he investigates these stories about the corruption in Moscow. He's a brilliant journalist.

What sort of sentence does Golunov face?

Do you have any sense that there is such an uproar about this that the whole case could be dropped?

Yes, I would say that now we have more hope that this case can be dropped than a few days ago.

Meduza has provided open access to all of Golunov's work for the site, including his 2017 piece on how federal censors monitor and punish Russia's mass media, which has been republished on TheWorld.org.