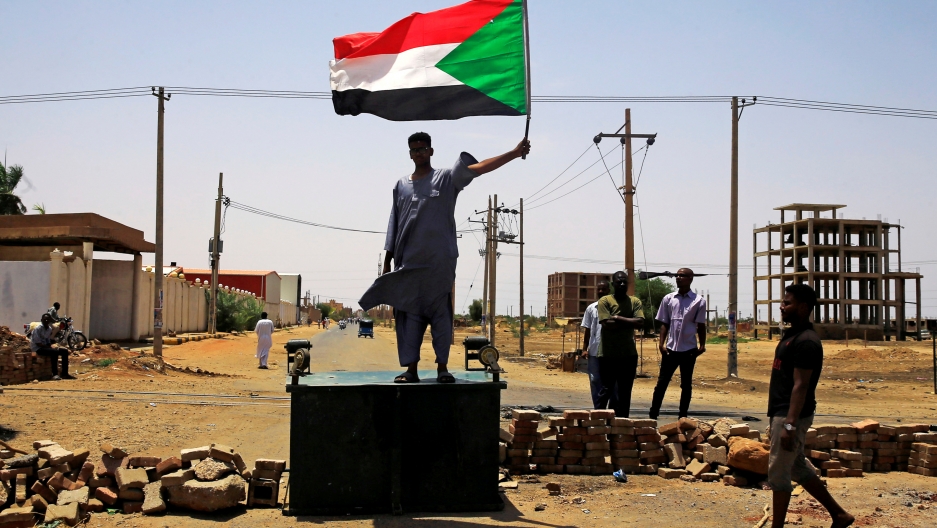 A Sudanese protester holds a national flag as he stands on a barricade along a street, demanding that the country's Transitional Military Council hand over power to civilians, in Khartoum, Sudan, June 5, 2019.

The African Union on Thursday suspended Sudan until there was civilian rule, intensifying global pressure on its new military leaders to stand down after the worst violence since Omar al-Bashir's fall in April.

Ethiopia — where the continental bloc is based — planned a mediation effort, with Prime Minister Abiy Ahmed due on Friday to meet members of both the ruling Transitional Council and the opposition, a diplomatic source said.

Both sides had been in talks over a civilian-led transition to democracy. But their already faltering negotiations collapsed when security forces stormed a sit-in protest camp on Monday, killing dozens of people.

Related: Dozens dead in Sudan after the military, protesters clash

Meeting in Ethiopia's capital Addis Ababa, the AU's peace and security council invoked its response to interruptions of constitutional rule by suspending Sudan.

That followed widespread condemnation of the bloodshed from the United Nations and the West.

Britain summoned Sudan's ambassador to the Foreign Office on Thursday to express its concern.

The Declaration of Freedom and Change Forces opposition alliance said it was not ready for more dialogue and demanded that the military hand over power.

"The coup council and anyone involved in its crimes since April 11 must be held accountable," it added in a statement, also demanding the dissolution of the feared paramilitary Rapid Support Forces (RSF). Witnesses have said the RSF, which controls Khartoum, led the crackdown on the protest camp.

The opposition says 108 people have died in violence since Monday, but Sudan's Health Ministry put the toll at 61 people, including three security personnel it said were stabbed to death.

The militias are accused of atrocities in Darfur, and Bashir was indicted by the International Criminal Court for war crimes and genocide — which he denies. He is now detained in Khartoum. 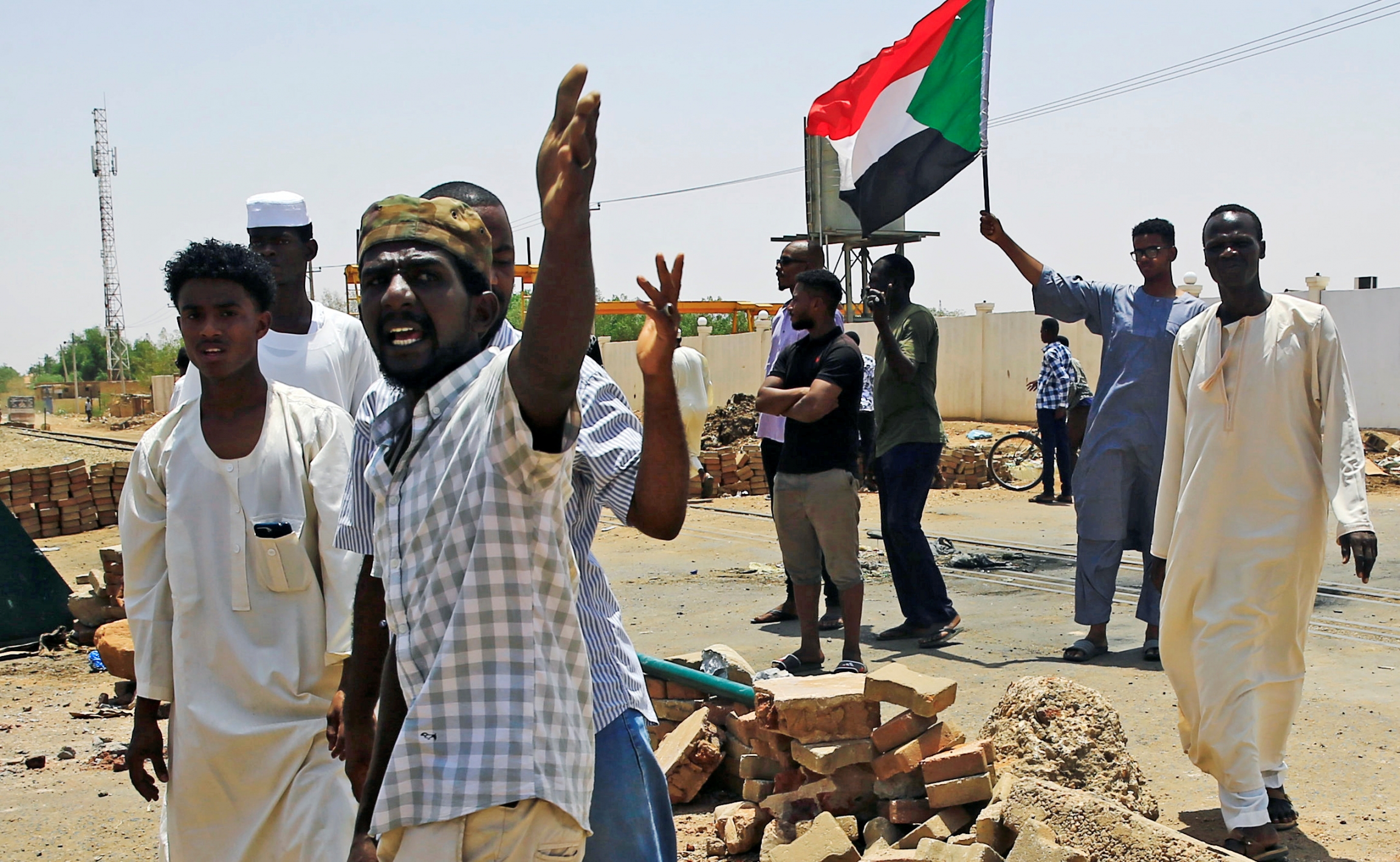 Sudanese protesters set up a barricade on a street, demanding that the country's Transitional Military Council hand over power to civilians, in Khartoum, Sudan, June 5, 2019.

Rights group Amnesty International blamed the RSF for this week's violence. "The RSF, the special military force which killed, raped and tortured thousands in Darfur, brings its murderous rampage to the capital," it said.

"Reports that bodies have been dumped in the river demonstrate the utter depravity of these so-called security forces."

The military council says Monday's raid was targeting criminals in an area adjacent to the camp and got out of hand.

It said it was the victim of a media smear campaign and has promised an inquiry.

State news agency SUNA said on Thursday the public prosecutor had questioned a number of witnesses and vowed to complete the investigation as soon possible.

The RSF's high profile on the streets of Khartoum suggests that Dagalo, a former Darfur fighter with a fearsome reputation, is calling the shots, at least when it comes to security.

He is close to Saudi Arabia and the United Arab Emirates and has committed Sudanese troops to the military coalition they lead in Yemen's civil war.

Related: Bashir is out, but 'protesters are not satisfied' with military rule

Though Monday's raid had been followed by protests with roadblocks and fires, normal movement began to return to the Sudanese capital on Thursday. Witnesses said traffic was flowing again on main roads, though many shops remained closed.

Sudan has been rocked since December when anger over rising bread prices and shortages turned into protests against Bashir that culminated in the military removing him after a three-decade rule where he became a pariah in Western eyes.

After Monday's events, the military council canceled all prior agreements with the opposition on a democratic transition and announced plans to hold elections within nine months.