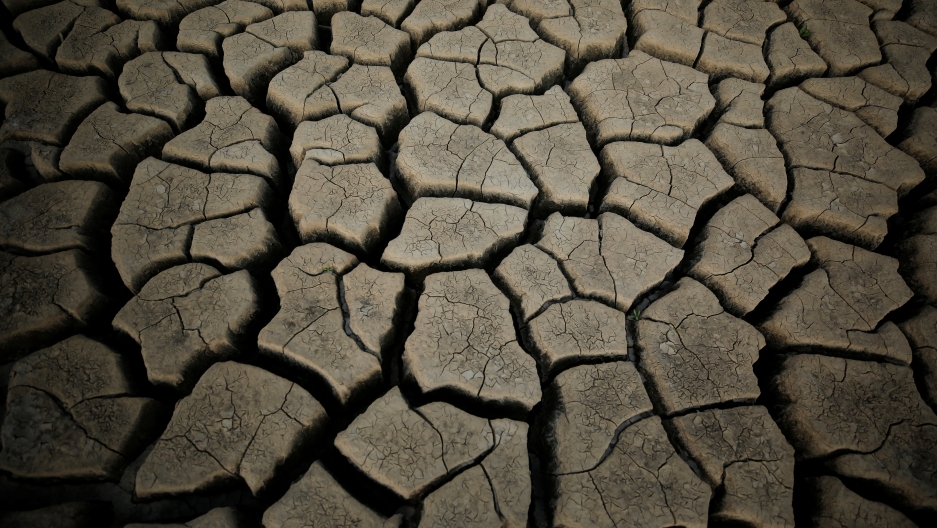 As if crop failures, infrastructure damage and biodiversity loss linked to climate change weren't enough, new research finds that since 1961, global warming has reduced the gross domestic product of poorer countries an average of 25%, while some richer countries have actually benefited.

Science shows global average temperatures have been rising since at least the late 1800s, but the sharpest increases have come since the 1950s. In the short term, this is good for business in many rich countries, which happen to be in cooler parts of the world.

On the other hand, poorer countries, which are largely in the hotter parts of the world, have seen their economies grow slower, or in some cases even decline, as the planet has warmed.

The new data come from a recent study published in the Proceedings of the National Academy of Sciences by Noah Diffenbaugh and Marshall Burke.

“We often think of global warming as something that's going to happen in the future … but the world has already been warming due to anthropogenic, or human-caused, influence,” says Burke, deputy director of food security and the environment at Stanford University. “We wanted to understand: What has been the impact of the warming that we've already seen? Has this done anything to economies around the world?”

The study, Burke explains, imagined two different scenarios: the world as it has been in the last half century — that is, a world that has warmed between .5 degrees and 1 degrees Fahrenheit — and a world in which temperatures were fixed at pre-1950’s levels.

“You can imagine it as someone running into a headwind,” Burke explains. “They’re still making forward progress, but they're making much less forward progress than they would have had the wind been at their back, as it has been in many wealthier countries.

“Furthermore, given that wealthy countries have been responsible for the vast majority of historical greenhouse gas emissions, any clear evidence of inequality in the impacts of the associated climate change raises critical questions of international justice,” Burke and his co-authors write in the study.

The data also suggest that the larger temperature increases predicted for the future will worsen conditions in poorer countries, while richer countries will see the economic advantages they currently enjoy begin to diminish, Burke says.

But if the Bay Area warms an additional three, three or five degrees, as it likely will in the future, that will push it off the optimum. “That’s going to likely generate, especially over the long haul, pretty negative impacts on our economic productivity,” Burke says, who lives in the region.

Rising temperatures in areas that are already warm also contribute to surges in out-migration, like what’s happening in Guatemala, Honduras and even parts of Mexico. People most often move north from these areas. The same is true for sub-Saharan Africa. “You see a large increase in the number of asylum applications in the European Union, for instance, in years in which sub-Saharan Africa is hotter than it normally is,” Burke notes.

Some of the fastest-growing economies right now are in developing — that is, hotter — parts of the world, which Burke views as a cause for optimism that the trend in global inequality could be reversed. Even in sub-Saharan Africa, which for decades experienced slow or even negative economic growth, many countries are growing quite rapidly, he notes.

He feels less optimistic, however, about how future changes in climate will affect these trajectories.

“Climate is not destiny,” he says. “It’s unlikely that climate is going to completely reverse the progress that we've seen. But our results and our research would suggest it could slow it down substantially. These places might keep developing, but they will do so much more slowly than they would have otherwise.”

Burke and his colleagues hope their study “puts numbers on this very important issue.” “People have the intuition that poor countries are likely the most harmed by changes in climate, but to make informed policy decisions, we really need numbers around that,” he says. “How much harm has already occurred? How much harm might happen in the future? We need to know the size of the problem before we can figure out how to allocate resources to address the problem.”