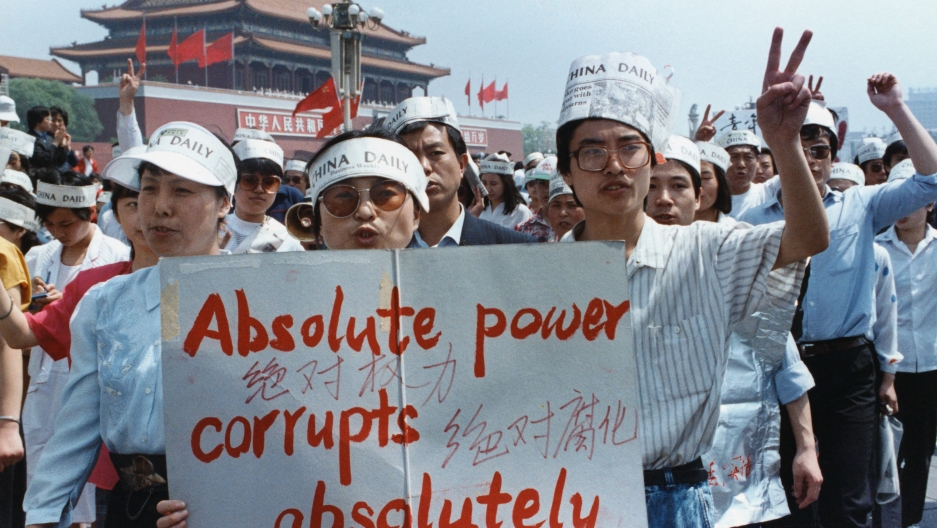 A group of journalists support the pro-Democracy protest in China.

June 4, 2019, marks the 30th anniversary of the massacre in Tiananmen Square, when the Chinese government brutally cracked down on protestors who had been occupying the square.

Beginning in April 1989, student-led movements in Beijing, many of which were pro-democracy, began protesting in Tiananmen Square. Protesters called for political reform and the respect for human rights in the wake of the death of liberal Communist Party member Hu Yaobang. By late May, the growing protests pushed the government to declare martial law in an attempt to put an end to the unrest. Over June 3 and 4, the Chinese military began to clear Tiananmen Square, killing hundreds — it's impossible to know the death toll — of protesters in the process.

The event remains deeply controversial throughout China. Internet, textbook and media censorship of the events is widespread throughout the country.

Here are historical images from the protests. 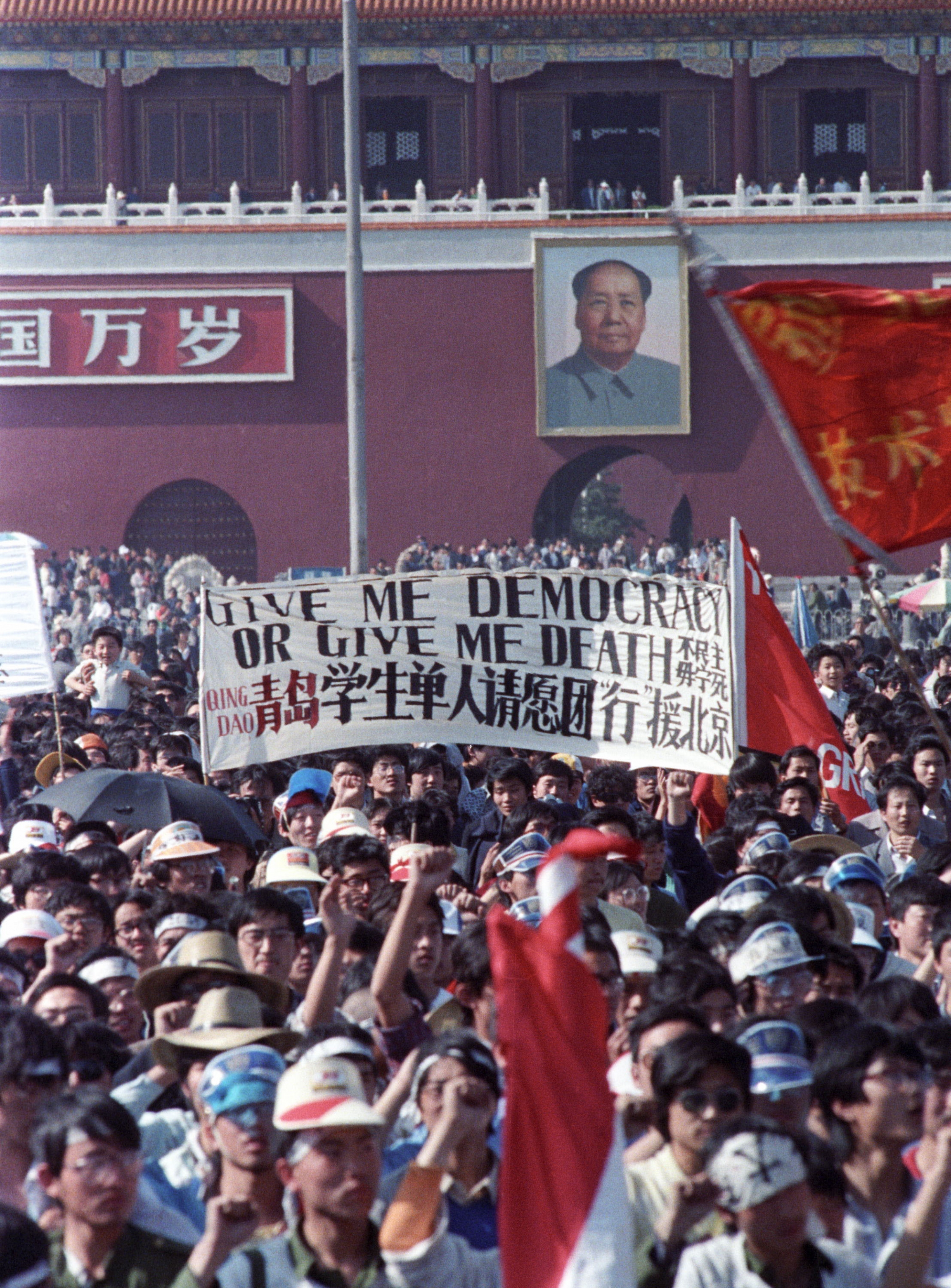 Chinese students carry a sign that reads "Give me democracy or give me death" during a demonstration in Tiananmen Square on May 14, 1989. The entrance to the Forbidden City and a portrait of Mao Zedong is in the background. 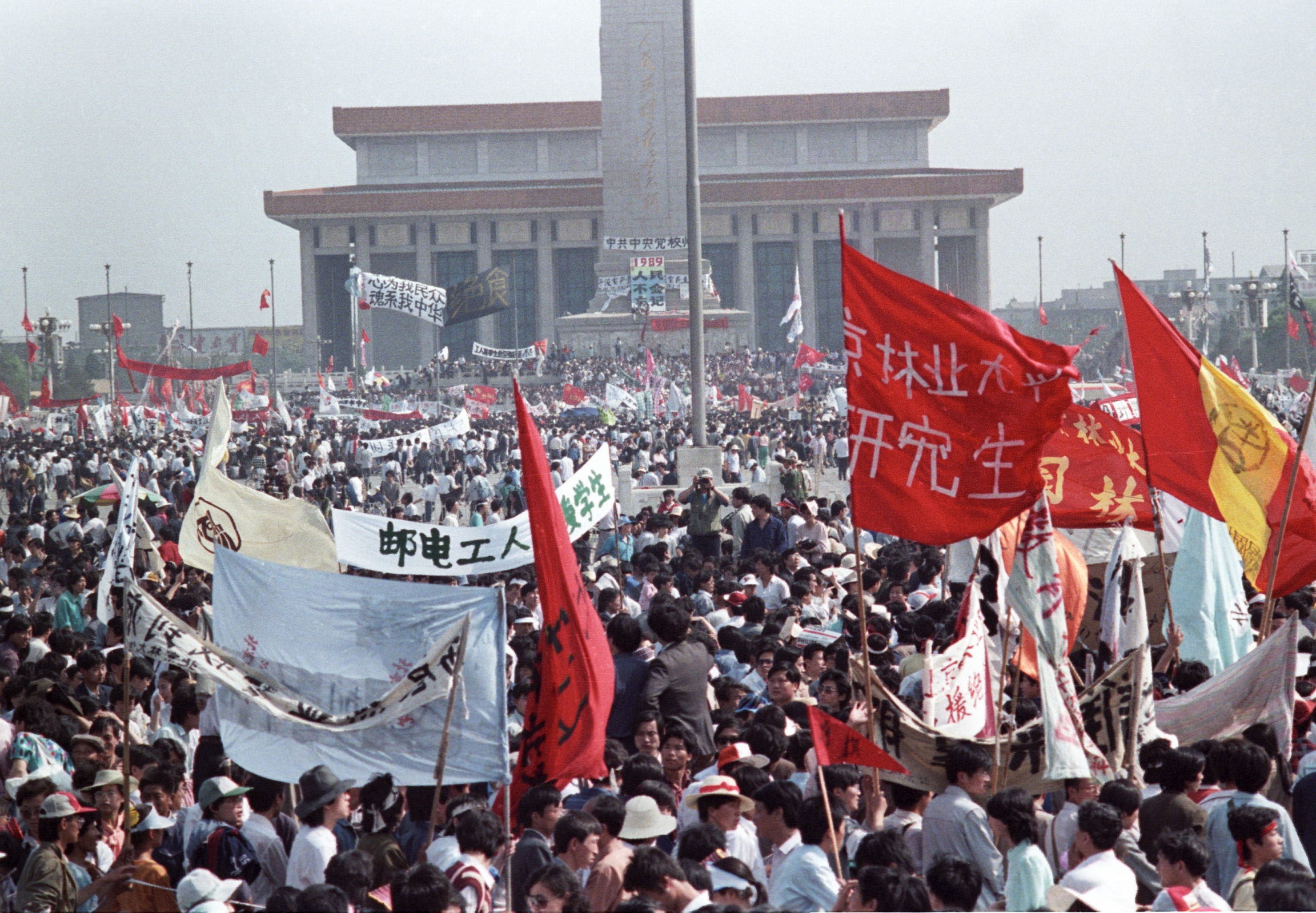 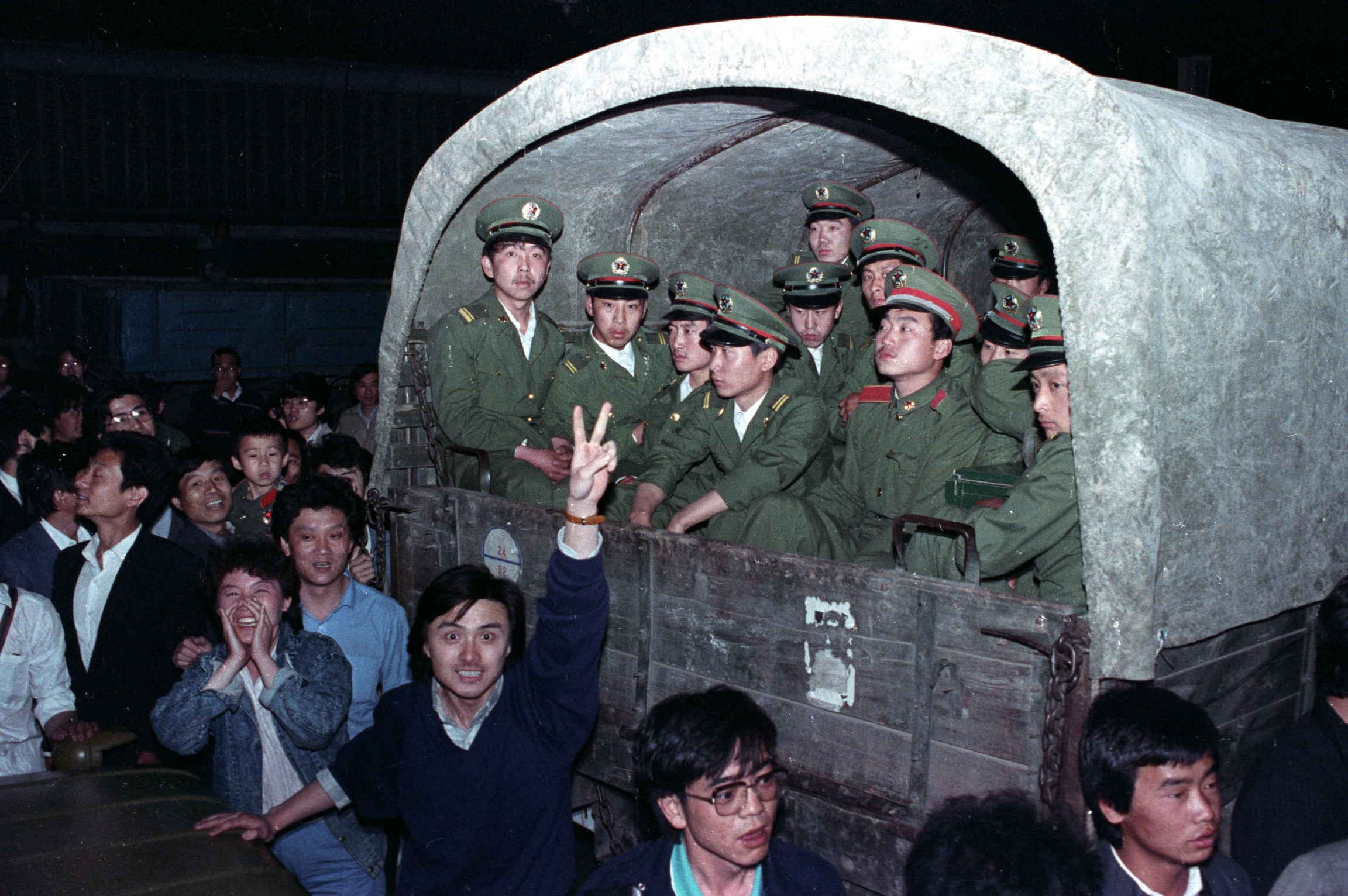 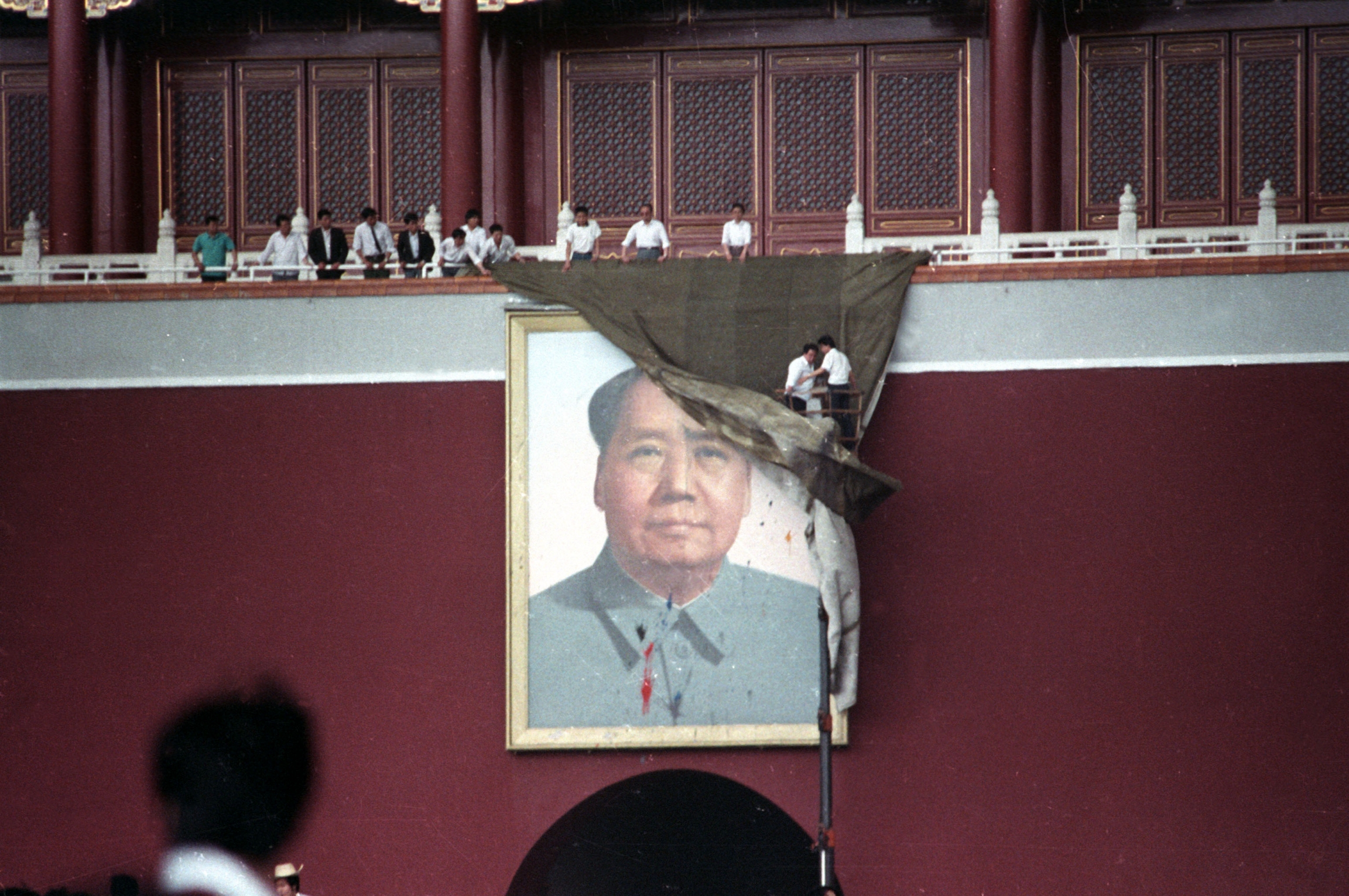 Workmen try to cover the portrait of Mao Zedong in Beijing's Tiananmen Square after it was pelted with paint on May 23, 1989. 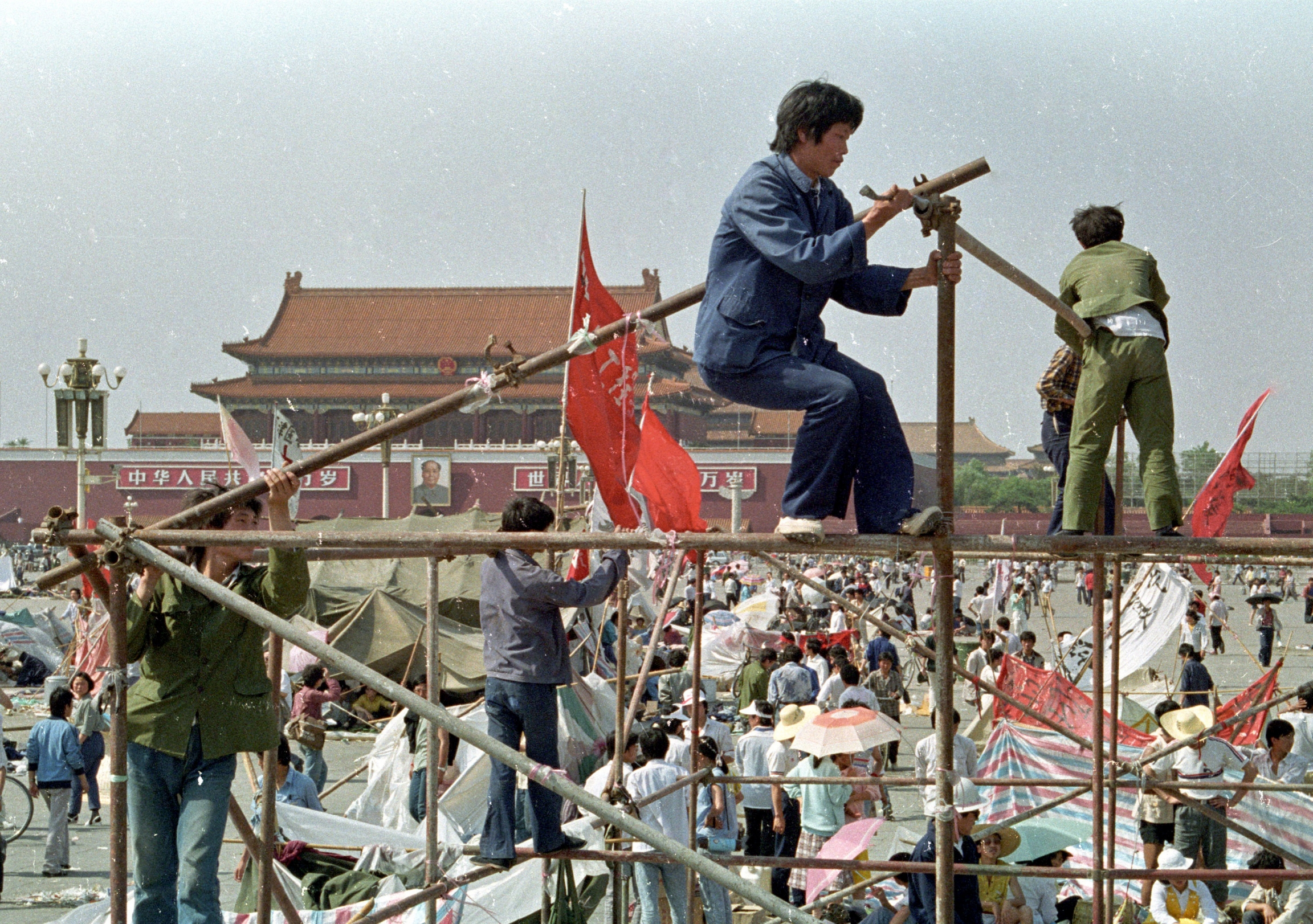 Protesters construct tents in Tiananmen Square to protect themselves from the elements on May 26, 1989. 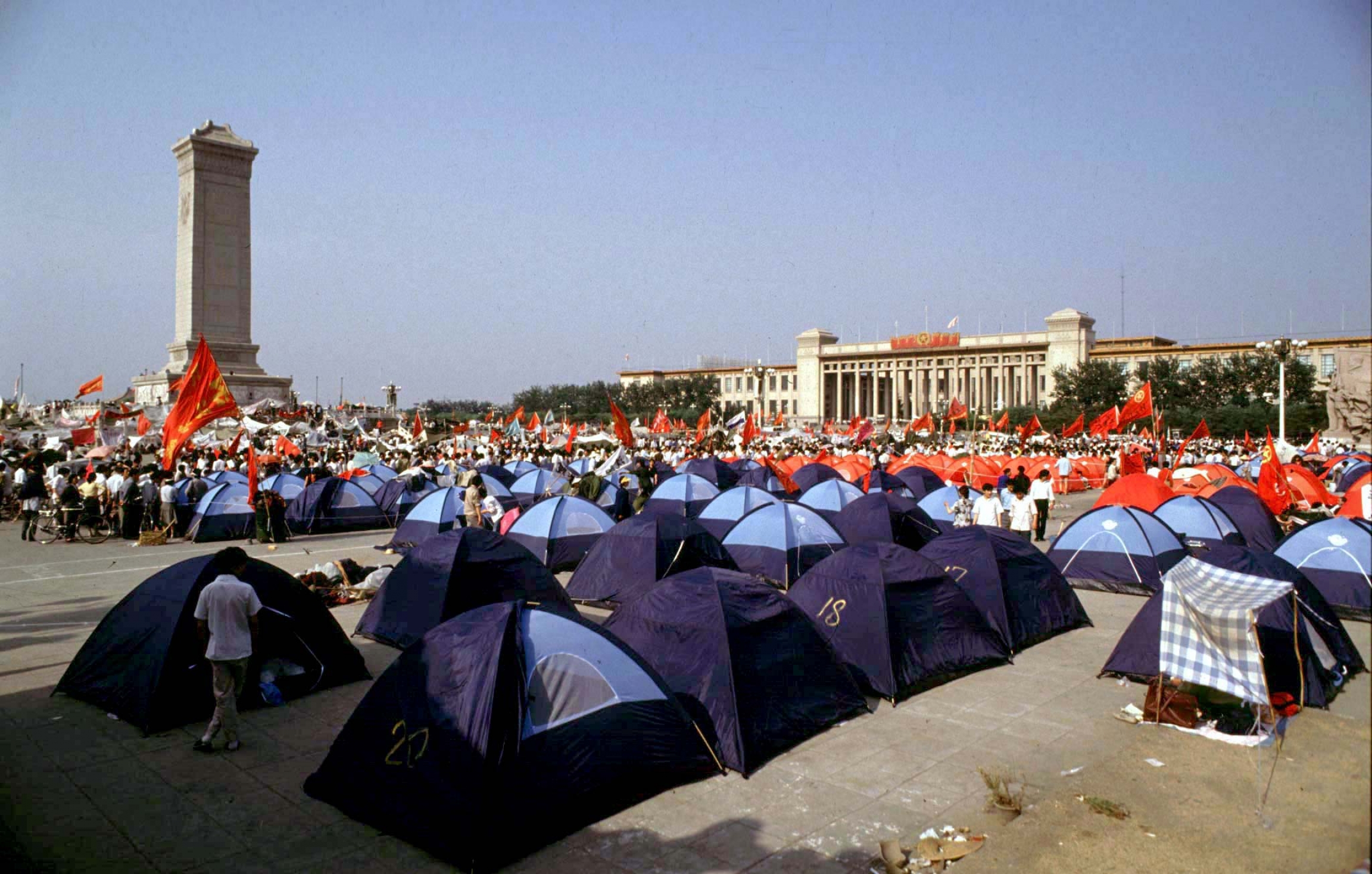 Demonstrators’ tents in Tiananmen Square on May 31, 1989. 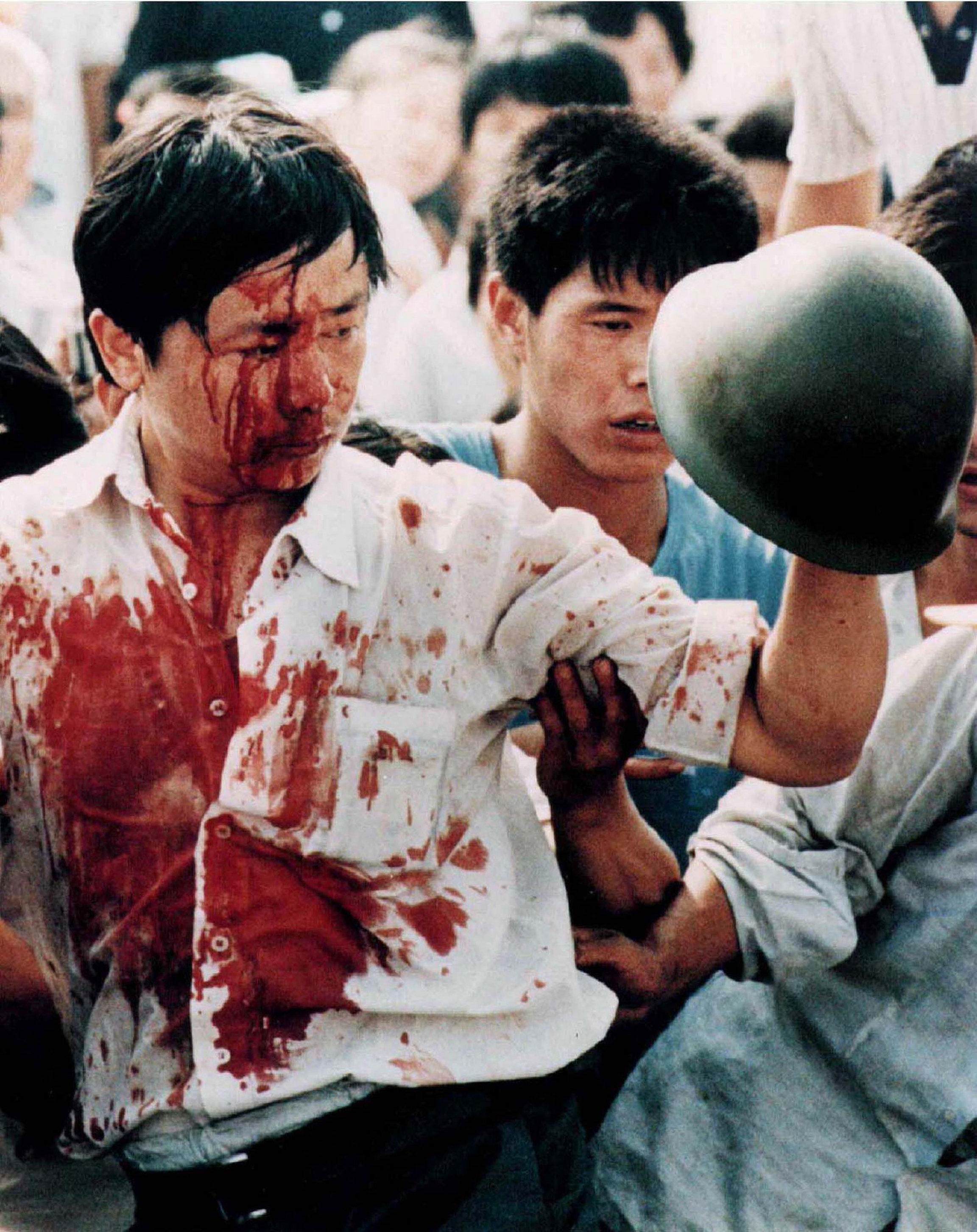 A protester stands covered in blood as the Chinese military clears Tiananmen Square on June 4, 1989. 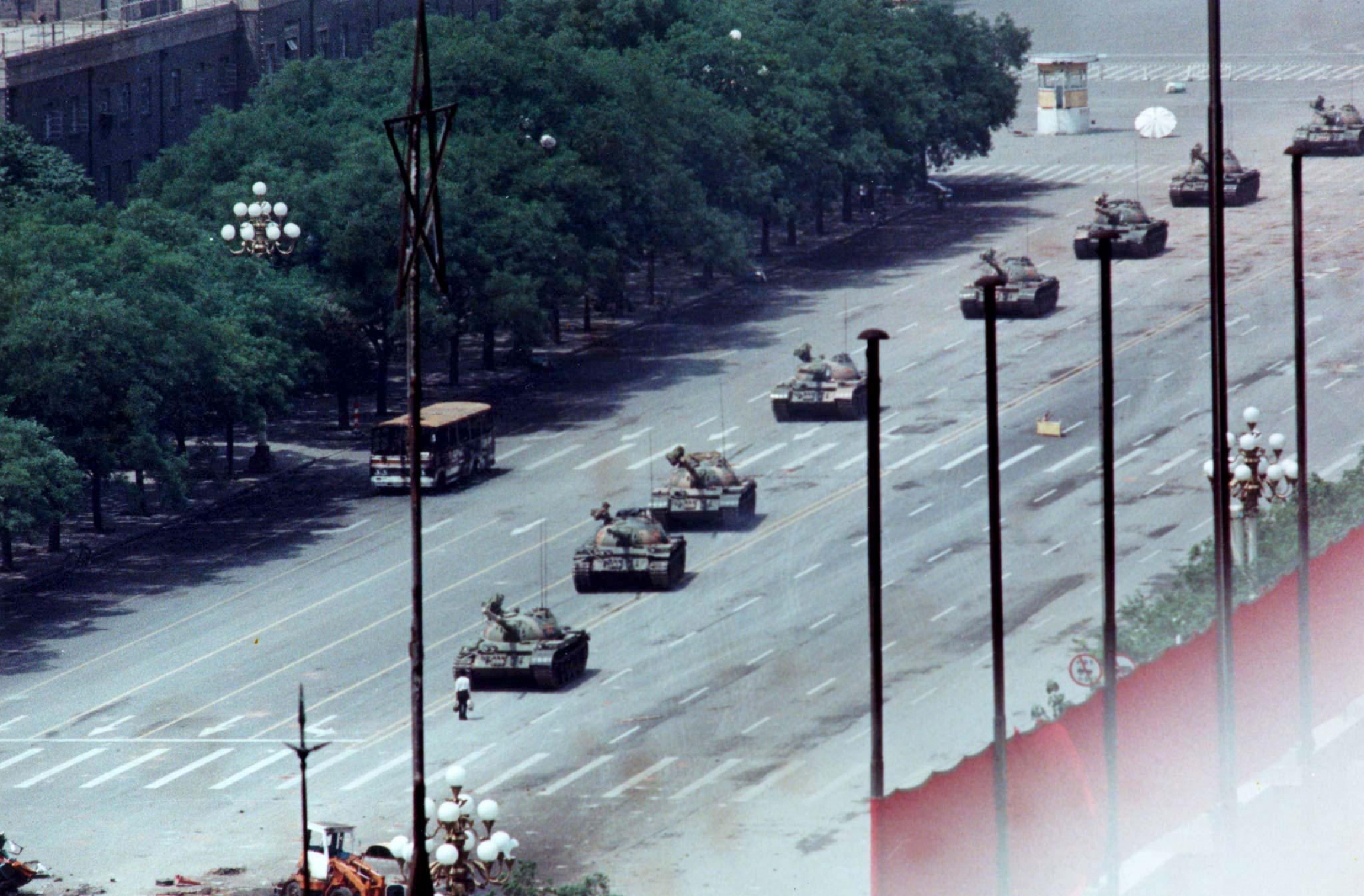 Known as "Tank Man," this unknown protester was photographed and videotaped as he stood in front of an convoy of tanks in an attempt to block their advance on June 5, 1989, one day after the violence reached its boiling point in Tiananmen Square. This visual was shared with the world and has become of the most famous images of the event.