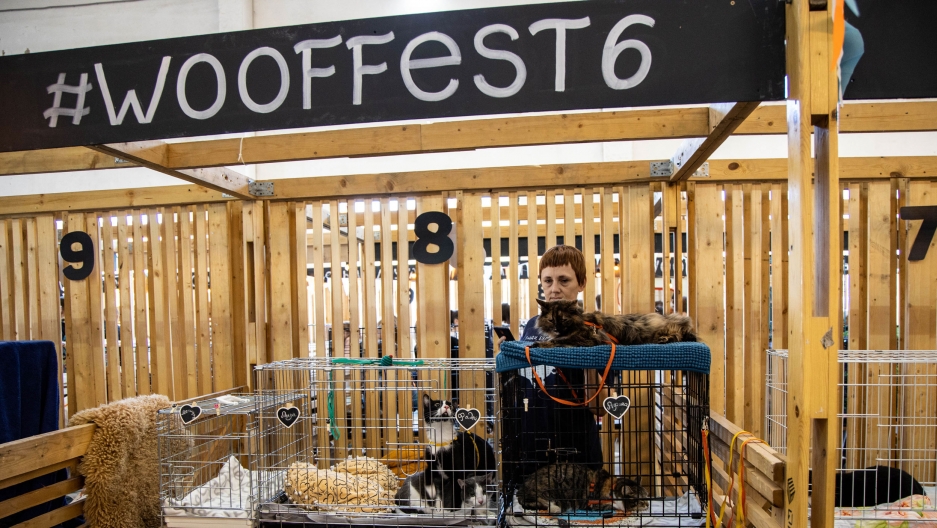 A volunteer at the annual WOOF fest adoption event on "cat day," run by the NIKA Charitable Foundation.

In Russia, dogs say “gaf, gaf.” But at WOOF Fest, an annual adoption event in Moscow, it doesn't matter what language a dog barks in. Volunteers are just hoping Moscow's stray animals will get homes.

“Yes, Moscow has a big stray animal problem; this is the case with both cats and dogs,” says volunteer Ariana Malinofskaya. “I believe that we need more volunteers who are willing to help out and fix the mistakes of other people, because most stray animals end up on the streets because of people.”

The 20-year-old has been volunteering since she was 15, working with special needs children, at different sports events and, of course, with animals. But these are not just passion projects. 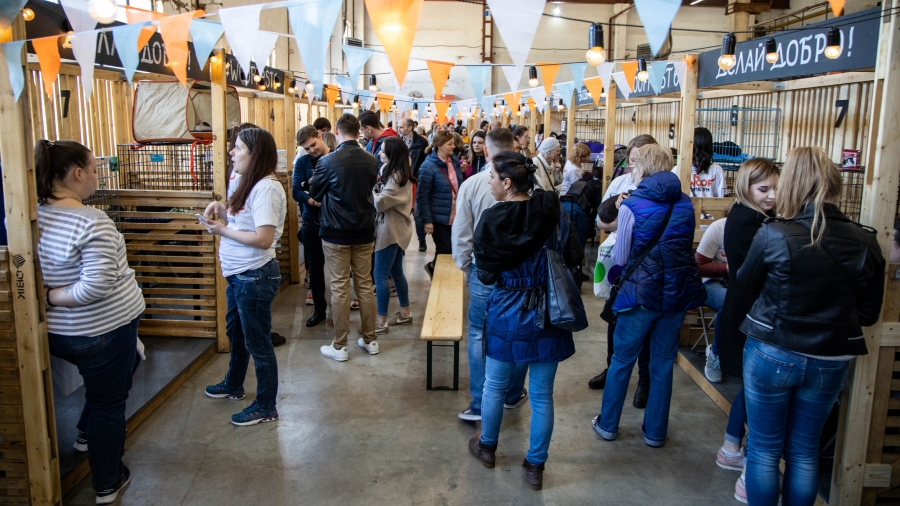 Malinofskaya is one of a growing number of Russians who is volunteering her time to help solve issues facing the country — issues that the Russian state is not taking on itself, she says.

"I believe, though, that soon this situation will change.”

“On a government level, they don’t deal with these problems because it’s not a simple problem to fix; you actually need to work on it and put time into it,” Malinofskaya says. “There needs to be financial backing, and it’s possible that our government isn’t willing to do this. Perhaps there are some other reasons as well. I believe, though, that soon this situation will change.”

This trend in civil society is still relatively new to a state emerging from nearly a century of Soviet-era repression and a devastating economic transition in the 1990s.

Volunteering only started to take off in the mid-2000s, when many Russians were starting to feel more financially stable and had greater access to information technology, says Ekaterina Shulmann, a political scientist and professor in Moscow.

Russia also weathered two natural disasters — wildfires in 2010 and catastrophic floods in 2010 and 2012. Citizens responding realized that what they were doing was more effective than what the government had to offer, she says. 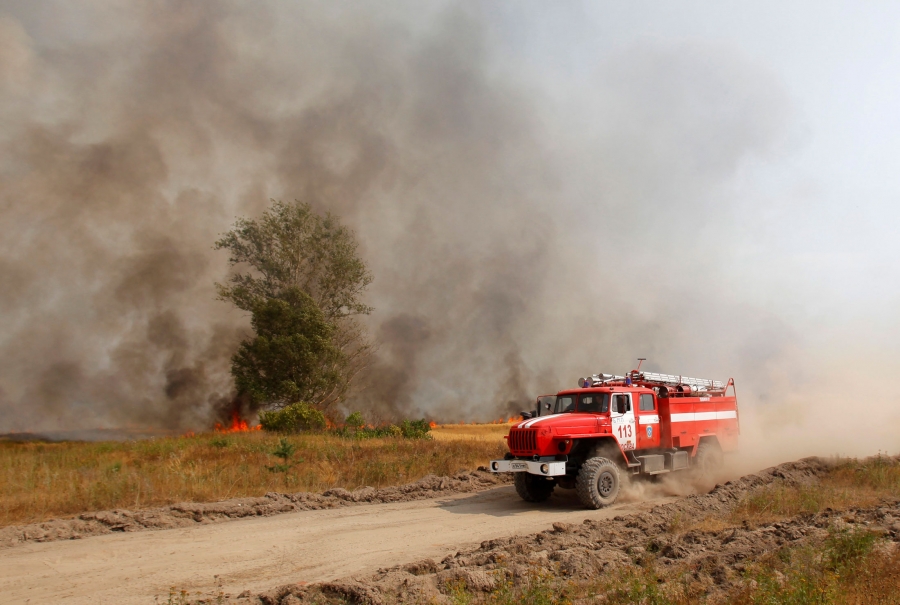 A fire engine drives along a road while smoke from a wildfire cloud the air outside the settlement of Kustarevka in Ryazan region, about 210 miles southeast of Moscow, Aug. 10, 2010.

“This was exactly the moment when the growing Russian civil society met the corrupt and low effective state, and discovered that [the state] didn't have enough resources, commitment, values — just plain money,” Schulmann says. “The number of NGOs and the number of people involved created a new feature of Russian society ... and its very existence. Since then, we continue to see the growth of involvement even instead of the state’s attempt to coordinate control coerce or repress civic activity.”

While the Russian government says it supports volunteering and gives out grants to NGOs tackling small social problems — like funding the NIKA Foundation, the organizer of WOOF Fest — it is wary that more civil society will lead to more political action, Schulmann says.

“[The Russian state] desires to kind of outsource a number of social responsibilities — which it cannot or is not willing to undertake — to NGOs,” says Schulmann.

But there is a catch.

"The state wants to absolutely control anything that resembles or threatens to become political activity."

“The state wants to absolutely control anything that resembles or threatens to become political activity,” Schulmann adds.

This becomes a problem when volunteers want to go beyond solving a problem at the ground level — like getting animals adopted — to making actual systemic change, especially if it targets the state itself.

“Every systematic problem that Russia has — and we have many of them  — we have problems with animals, many problems, and with trash, and the environment, with everything,” says Igor Kalyapin, who founded an NGO addressing torture.  “Now if you work on mowing lawns, you won’t have problems. But if you ask, ‘Goddammit, why are our lawns so messed up and dirty? Why are parks coming down in cities and people can’t breathe? Why are we polluting Lake Baikal?’ If you ask these questions publically, you’re screwed. Cats, dogs, bushes — you will immediately become a foreign agent, you will be accused of God-knows-what to the point where they can just throw you in jail.”

Kalyapin is pointing to increasing government crackdowns on NGOs operating in Russia.

In 2012, Russia enacted a law requiring any NGO receiving foreign donations to register with officials and submit to invasive audits and restrictions. Some NGOs — Amnesty International, Human Rights Watch — have been the target of governments raids. Some have closed and others have reduced the amount of foreign funding they accept, even as they serve important functions in society.

“[The Russian government] would love for somebody else to do the job, but they want their controlling functions.”

“[The Russian government] would love for somebody else to do the job, but they want their controlling functions,” Schulmann says. “They want to watch over to regulate and to punish. This makes the situation difficult for those who want to do the [work of NGOs].”

For Kalyapin, who directs the Committee Against Torture, that threat hits close to home. His organization investigates torture cases and provides assistance to victims across Russia. The cases they are addressing — some with harrowingly gruesome outcomes — are largely offenses committed by Russian law enforcement.

“Here in the Russian Federation, we have problems with the law, lawfulness,” Kalyapin says. “There's this idea that the law is one sphere, and real life is on a different sphere. They could intersect at some points, but at other points, they just completely don't.” 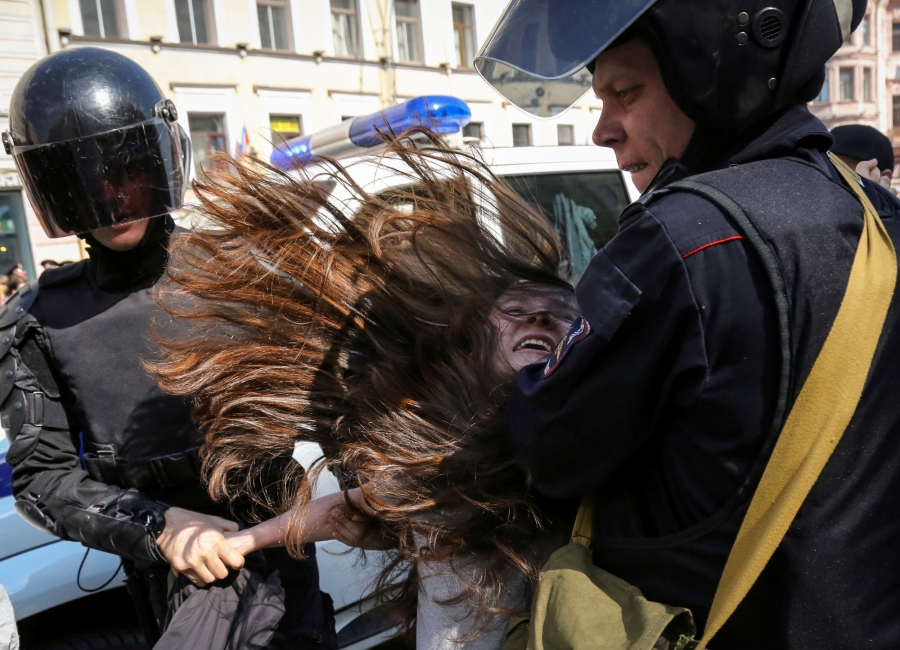 Police officers detain an opposition protester during a May Day rally in Saint Petersburg, Russia, May 1, 2019.

Kalyapin himself was a victim of government abuse. In the early 1990s, Kalyapin and a group of colleagues created a society of human rights in the city of Nizhny Novgorod in Western Russia that initially targeted extortion by government officials but expanded to help victims of other crimes. One day, he was arrested on what he says were trumped-up charges.

“I was beaten to a pulp for 24 hours while in custody. They turned me into a patty,” Kalyapin says. “They let me out but they totally destroyed and took over my business. It was all gone. I understood something really important as I was under custody. … This idea of being accused any day of being a terrorist or a criminal, I decided I couldn’t live in such a country.”

Kalyapin then founded the Committee Against Torture, which works to hold the government accountable to victims. And while there is a federal agency, the Investigative Committee of Russia, that is officially supposed to do this work, it is ineffective — many victims do not report their cases and the majority of those who do are rejected outright.

Over the last 19 years, Kalyapin's committee has established 194 cases of torture, leading to 144 convictions of officials for some brutal human rights offenses. It's just a handful of cases per year, but for Kalyapin, the work is about more than each individual case — it's about creating the systemic change that is so hard to achieve in Russia.

Even the volunteers at the WOOF festival say there should be more money and more legislation to support their cause.

“This should all start on the government level,” says Svitlana Golubev, a senior volunteer at the NIKA foundation. “Unfortunately, in our country, we don’t have legislation addressing this stray animal problem that we have  — even domesticated pets aren’t protected — therefore I believe to really help animals, it must start with the government.” 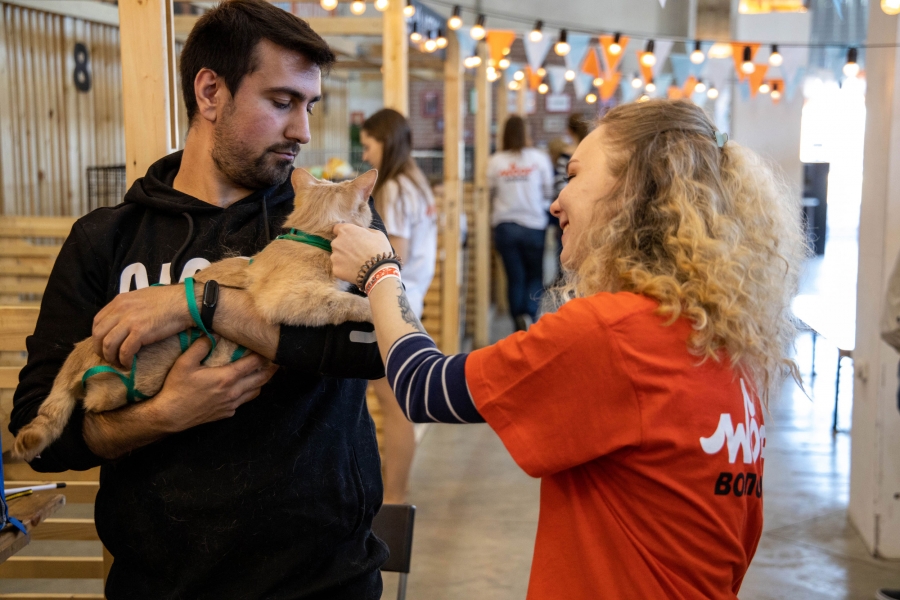 A voluteer plays with a cat up for adoption at WOOF Fest.

Malinofskaya, too, says the path forward is small, incremental steps and changing the laws.

“I believe the next step is getting even more attention, increasing public awareness of this problem,” she says. “We must transition to action. Right now there is some legislation that some people are working on a trying to pass. We need to continue doing what we’re doing and just increase the scale.”

Even Kalyapin sees hope for the future.

“One day the scales will tip in our favor, one day this darkness or haze that’s covering Russia ... it will pass."

“One day the scales will tip in our favor, one day this darkness or haze that’s covering Russia, this mode of indifference and apathy towards the authorities, this idea that we’ll ignore everything as long as we live well and we don’t have war, it will pass,” he says. “But in the meantime, it’s important that the international community gets an accurate representation of what problems we have and how we intend to solve them. Sooner or later, we will get the opportunity to influence the government.”

This is part one of The World’s four-part series, 'Generation Putin.' Marco Werman and Charles Maynes contributed to this report.