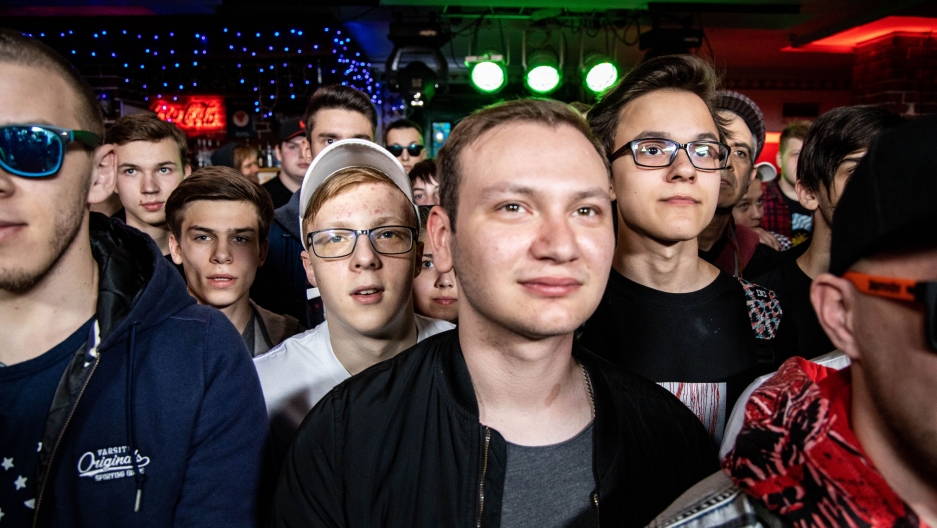 Russian youth gather at a concert in Moscow.

Arina Malinofskaya spends her weekends at animal shelters across Moscow helping dogs and cats get adopted. On a sunny May Saturday, Malinofskaya is in charge of volunteers at the 10th annual WOOF fest, a yearly adoption event run by the NIKA Charitable Foundation.

NIKA and WOOF helps combat a huge problem in Russia: There is no infrastructure to take care of strays, so the streets are full of dogs and cats. Before the 2014 Olympics in Sochi and last year before the World Cup, headlines about stray roundups appeared in publications around the world.

"I adopted a dog from a shelter," Malinofskaya explains as she directs volunteers and sets up animal cages. "I understood that this animal got on the streets because of other people and I understood that if I don't do this, no one will do it for me. All the volunteers here think this way: If not I, then who?" 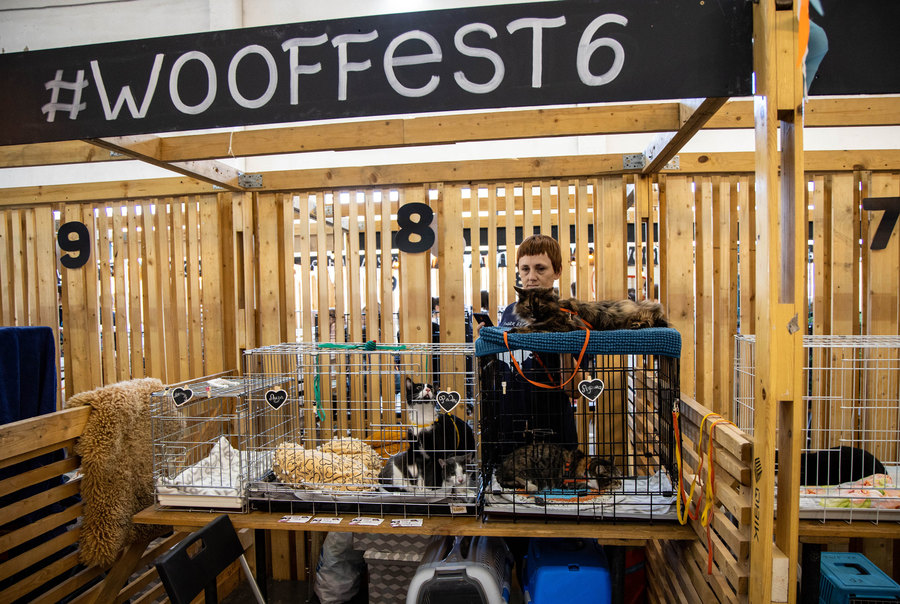 A volunteer at the annual WOOF fest adoption event on "cat day" run by the NIKA Charitable Foundation.

Malinofskaya, 20, is one of the 63 million people in Russia under 34. They account for 43% of the total population and for many of them, this is their calling: If not I, then who?

“I think that the young generation is waking up,” says Lyubov Sobol, a lawyer active in opposition leader Alexei Navalny's party. “Many people who have seen many cases of injustice at some point stop trying to fight back, so they give up and stop demanding for rights. I think that the younger generation has less of this hopeless feeling that the older generation has because they lived through lots of injustice during the Soviet period.”

Those born in the wake — a group of young people who have grown up knowing only a President Vladimir Putin — are just now coming of age and finding their places in Russia.

It’s been nearly a generation since the end of the Cold War and the fall of the USSR. Those born in the wake — a group of young people who have grown up knowing only a President Vladimir Putin — are just now coming of age and finding their places in Russia. There’s a battle being waged for their votes, their activism, their viewpoints.

They’re also trying to build a better world around the nebulous definitions of what is allowed — and not allowed — by the Russian government.

While “political activity” — advocating for legislation, for example, — is discouraged, especially if the subject is controversial (LGBTQ rights, feminism, domestic abuse, torture), the government condones “volunteerism,” encouraging people to solve problems like adopting stray dogs or helping victims of domestic abuse as long they as they don’t seek wholesale change.

"Everything is hybrid here," says political scientist Ekaterina Schulmann. "The state wants to absolutely control anything that resembles or threatens to become political activity. It has an inherent distrust and fear of grassroots movement."

From hope to authoritarianism

Russia is still under severe US sanctions that came, in part, as a result of Russia’s annexation of the Crimean Peninsula in 2014. The US and Russia are also divided when it comes to foreign policy in Ukraine, Venezuela, Syria, Iran and other key focal points in the Middle East.

It wasn’t too long ago that Russia was considered by most Americans to be the United States’ main adversary. The Cold War shaped peoples’ opinions of Russia and Russians for multiple generations. The binary view of East vs. West, Soviet Union vs. the United States seeped into politics, pop culture and even sports.

In 1989, political scientist Francis Fukuyama famously wrote an essay in National Interest magazine titled “The End of History?” One of his key arguments was that, with the end of the Cold War, the great ideological battle between East and West was now over. America and Western democracies came out on top, and the Soviet system had gloriously and conclusively failed.

"What we are witnessing, is not just the end of the Cold War, or a passing of a particular period of post-war history, but the end of history as such: That is, the end point of mankind's ideological evolution and the universalization of Western liberal democracy as the final form of human government,” he wrote.

Many shared Fukuyama’s worldview. The end of the Cold War and the fall of the Soviet Union, felt like a great triumph — the future looked bright. It was only a matter of time until the US would truly be the sole world superpower and Russia would fall in line as another young, up-and-coming democratic society. In other words, it was time for Russia and the US to get along.

In the past 30 years, a different reality has set in. After the fall of the Soviet Union, Russia's democratic transition was stymied by painful economic upheaval and ineffectual leadership of Boris Yeltsin in the 1990s, leaving many Russians to associate “democracy” with inequality, poverty and chaos. This paved the way for Putin, a former KGB officer, to capitalize on Russians' desire for stability and strong leadership. But once in power, Putin has led Russia back towards authoritarianism. 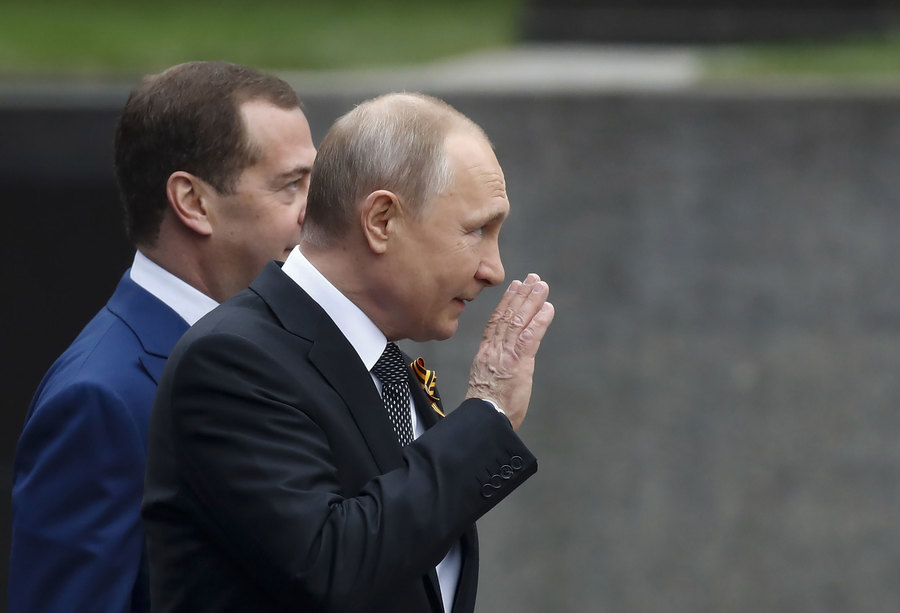 Putin first ran for president in 2000 and served two four-year terms. Then he switched positions with Prime Minister Dmitry Medvedev, who extended the presidential term from four to six years. Putin ran again in 2012 and 2018, when he won 76% of the vote (there have been allegations of vote rigging). Russia barred main opposition leader Alexei Navalny from running in the 2018 election, citing a controversial embezzlement conviction. Russia has begun considering changing its laws to allow Putin to continue as president beyond 2024.

In 2012, Putin signed a law forcing nongovernmental organizations receiving funding from abroad to disclose their contributions and be added to a registry. Some NGOs closed in the wake, and others have been raided by officials. In 2017, Russia amended the law to include media organizations and designated them “foreign agents.” The law has been used to levy fines on independent media.

And a 2017 law allows the government to regulate internet use. The country has charged and convicted some people for sharing internet memes. The internet is still mostly unrestricted, but it is changing.

For many Gen Zers and millennials in Russia, the name Vladimir Putin is synonymous with the presidency. But this younger generation, which has grown up after the fall of the Soviet Union, is not made of the same fabric as their parents and grandparents.

These generations are different in many key ways. They are free to travel outside the country. An open internet allows them access to a wealth of information from all over the world, and they prefer social media to television — more memes, less propaganda.

“You only get free expression on the internet.”

“You only get free expression on the internet,” says 31-year-old Sobol, who produces the Navalny Live YouTube channel, one of the main ways Alexei Navalny’s opposition party broadcasts its messages. “Therefore we get the word out about our political activism and our projects and our opinion on Twitter, YouTube, Facebook and other social media. Other media is simply closed off to us and others who are on the opposition.”

As a result, younger Russians are simply more open to the wider world, data say.

“[The] desire to leave speaks not of the imminent departure, but of a fundamental openness towards such an opportunity,” wrote Denis Volkov, who conducted a similar study with the Levada-Center, an independent Russian polling and sociological research organization. “[The results are] an indicator of the general openness of our society to the outside world.”

According to Volkov, this openness to the West, especially among younger people in Russia, is in opposition to anti-Western propaganda campaigns from the Russian government. Russian respondents believe that “in the West, people live comfortably, and have access to high-quality healthcare and education,” Volkov explains. They generally have a positive view of life in the West “despite current conflicts and television propaganda, which represents the West almost as a living hell.”

‘The internet is ours’

While many young Russians feel empowered to voice their opinions, this access to information does not mean that all young Russians have taken to the opposition and reject Putin’s authority — far from it. 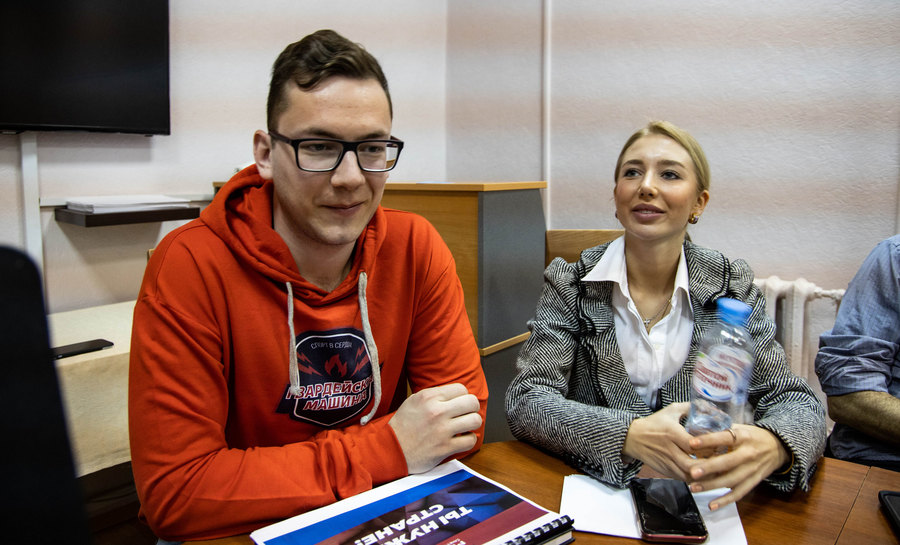 Alexander Malikov, director of the St. Petersburg branch of Molodaya Gvardiya (left) sits at a table with other members at a recent meeting.

The youth branch of United Russia, Putin’s party and the ruling party in Russia, is called Molodaya Gvardiya, or Young Guard. It’s the largest political group for young people in the country. The group organizes political events and rallies, attends conferences and serves as launching pad for those seeking political office. Its members also do general volunteer work, like working in animal shelters, visiting senior citizen homes and collecting food for food banks.

“The streets are ours, the internet is ours.”

“I want to emphasize that Molodaya Gvardiya never left the streets,” says Alexander Malikov, 27, the director of the St. Petersburg branch. “The streets are ours, the internet is ours.”

This battle over the hearts and minds of young Russians will pave the way for the next big shift in Russian politics. Even though younger people are generally less active politically and turn out to vote at a lower rate compared to the general public, the government and the opposition are looking ahead.

But the internet is a Pandora’s box that Putin, despite recent attempts, will not be able to close. 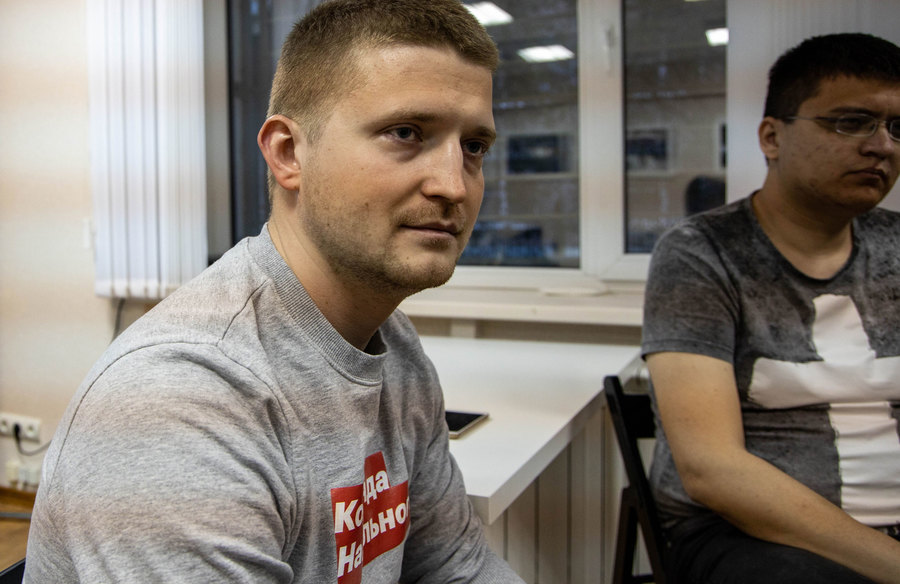 “In my opinion, the propaganda that [the government tries] to use to influence younger people is not effective because they don’t understand how young people think, how young people function,” says Dimitry Silivonchik, the leader of Nizhny Novgorod’s branch of Navalny’s Future Russia Party. “They try to copy the style of successful young YouTubers and activists, and using that format, they inject their propaganda. As a result, it looks clunky. It’s just laughable and ineffective.”

Still, regardless of their politics, Russia’s young people are ready to make a difference.

“It’s cool now in Russia to be active and to volunteer,” says Molodaya Gvardiya member Malikov.

And on the other side of the political spectrum, Silivonchik feels the same: “If we don’t do this work, then we will lose our future,” he says. “That motivates me.”

This is not a Russia that you’d recognize from the news, pop culture, or your US history textbook. This is Russia right now.