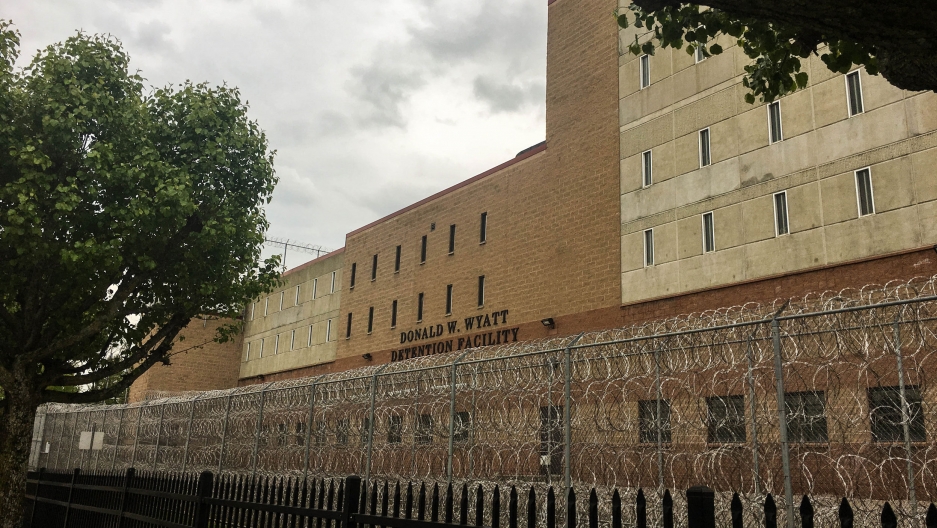 The Wyatt was the first in a nationwide building boom of privately run prisons encouraged by the Clinton administration.

“It's huge,” said Daniella Magana, 18, a Central Falls native and senior at Blackstone Valley Prep Mayoral Academy. “You know, you can't really miss it. But I never really knew much that was going on.”

Until this past March. Magana heard about it at school: The Wyatt was holding 133 people for Immigration and Customs Enforcement, or ICE. People were protesting outside. Magana was asked to speak at a demonstration. She’d never done that before, and her parents were worried. They’re from El Salvador.

“One of the biggest fears is, ‘OK, well, what if you go speak out, and then somehow this comes back to us, and we for whatever reason get in trouble, or worst-case scenario get kicked out of the country,’” she said. “They don't want that.”

Magana calmed their fears. When she spoke outside the Wyatt, she was surrounded by city leaders.

But it did, once, for another generation of Central Falls residents. Twenty-six years ago, when the struggling city needed money, a detention center seemed like a good idea.

Related: Why it's harder to win asylum, even in New York

The Wyatt was the first in a nationwide building boom of privately run prisons encouraged by the Clinton administration. It was set up as a nonprofit corporation, with a board whose members are appointed by the mayor.

“The revenues that came in from the facility were first to be used for its operation,” Lazieh said. “Secondly, to pay the bonds. And thirdly, the city would gain any revenue if the revenues exceeded those amounts.”

And the city did make money, initially — more than $5 million. But that all stopped in 2008, when a detainee died as a result of medical neglect. After that, ICE canceled all of its contracts with the Wyatt. The facility continued to take detainees from the United States Marshals Service and Federal Bureau of Prisons. Without ICE, the Wyatt fell into deep debt. It tried for years to work its way out by getting back in business with ICE. It wasn’t successful until earlier this year, the ICE contract was renewed.

“There is revenue to be brought to the city through the proper operation of the facility — that this new contract was going to accomplish.”

“There is revenue to be brought to the city through the proper operation of the facility — that this new contract was going to accomplish,” Lazieh said.

But then came the protests outside the Wyatt, followed by a move that got people talking in Central Falls. It happened in one evening. On April 5, the mayor abruptly appointed new board members. And those members voted to cancel the ICE contract, saying the detainees hadn’t had access to lawyers. Lazieh, the former mayor, was in the audience and said the board had no proof.

“I think the interest of Central Falls has been centered on satisfying the Hispanic population in our city and not being fiscally responsible to the entire ethnic populations in our city through proper management,” Lazieh said.

It seemed as if the Central Falls protesters had been successful. ICE began moving its detainees out.

Deborah Gonzalez, director of the Immigration Clinic at the nearby Roger Williams University School of Law, was asked to come in to tell the remaining ICE detainees at Wyatt about their legal rights. Gonzalez said there were about 20 of them wearing orange scrubs and white cloth shoes.

“One of them looked really young. Like he’d just turned 18,” she said, recalling how she asked them if they knew where they were — Rhode Island. “And they’re like, ‘Well, it’s in the US,’” Gonzalez laughed. “I don’t think they have any concept of where that is.”

She said one young man knew he was being transferred out of the Wyatt and cried because he thought he was going to be deported.

“He held onto the table and said, ‘We don’t want to leave this place.’ Although they were just going to another facility. But I don’t think they were being told where they were going.”

“He held onto the table and said, ‘We don’t want to leave this place,’” Gonzalez remembered. “Although they were just going to another facility. But I don’t think they were being told where they were going.”

The Wyatt warden, Daniel Martin, says what people don’t understand is that detainees are treated really well there.

“That's not always the case in other correctional systems,” he said.

Martin says he’s used to locals misunderstanding what he does.

“Very simply, you just have to kind of educate them and inform them as to what, you know, what we do and how we do it,” he said. “We would hope they would support the fact that we don't control who's housed there. You know, unfortunately, this is a business that's misinterpreted.”

A misinterpreted business, maybe, but still powerful. The Wyatt’s bondholders struck back forcefully. In April, they sued the city. And there was a quick reversal once federal courts got involved. Later that month, a federal judge ruled the Wyatt board couldn’t cancel the ICE contract, and it was reinstated. The judge also appointed a board monitor. Within days, ICE started sending detainees back to the facility.

“You always want different results, but I think you have to be happy in knowing that at least steps were made to ensure people's rights.”

“You always want different results, but I think you have to be happy in knowing that at least steps were made to ensure people's rights,” Martin said. 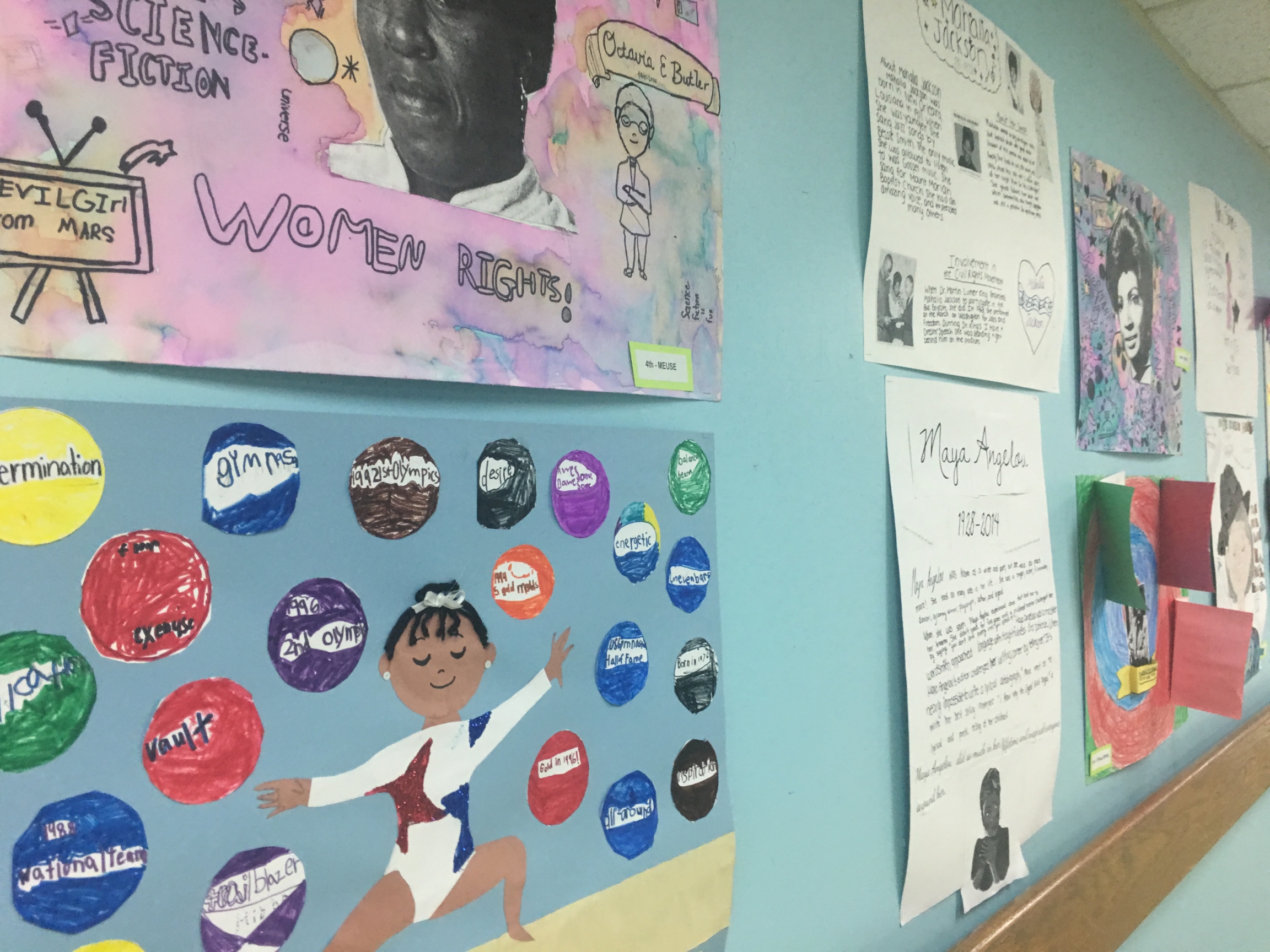 Some students from Central Falls, Rhode Island, who go to The Learning Community Charter School, protested against the ICE contract with the Donald W. Wyatt Detention Facility. The school's principal, Sarah Friedman, says her staff is trying to help student protesters understand the outcome better. "Because that is reality — that sometimes you can feel really strongly, and you think that you know the right answer and you've said it to the right people, in the most powerful way you possibly can," she said. "And it still doesn't happen [the way you want]. And that's also part of democracy."

The current Central Falls mayor, James Diossa, is the son of a former undocumented immigrant. With news of children dying in detention facilities, he says having more oversight at the Wyatt helps him sleep at night.

“Mayors, since they're on the front lines, have to deal with these issues,” he said. “And I think if leaders don't stand up, matters are going to get worse.”

“It doesn't work that quickly, especially because of the government that we have, and the society that we live in.”

“It doesn't work that quickly, especially because of the government that we have, and the society that we live in,” she said.

But Magana said with cities fighting back, ICE will at least have to work harder to figure out where to house detainees.