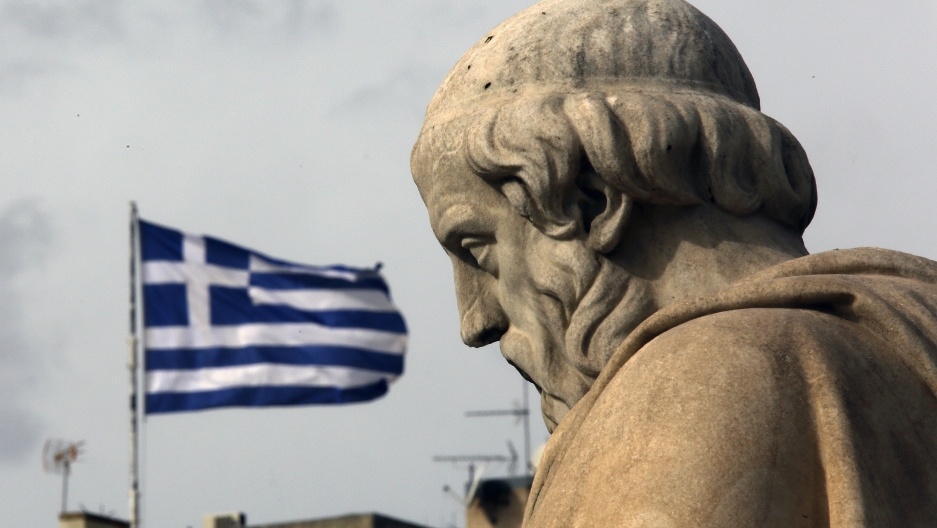 A statue of Plato, who is one of history's most remembered figures, according to César Hidalgo of MIT’s Collective Learning Group.

Fame can be fleeting for some, but long-lasting for others. Certain authors, politicians, musicians, actors and other icons retain their fame for centuries, while others — who were renowned in their time — are quickly forgotten. César Hidalgo, director of MIT’s Collective Learning Group, has researched the nature of fame — and why it feels different to different people. He is also a leader of the Pantheon project, an interactive online database documenting peoples’ worldwide popularity. According to Pantheon, the most globally remembered people throughout history are Aristotle, Plato and Jesus.

In general, though, we forget people — as well as the songs they sing and the art they make. So, just how long does it take to be forgotten? When it comes to popular music, Hidalgo found that songs tend to stay in our communicative memory for about five years. This means that people are still talking about the song in their day-to-day conversations. “After that, they go into the cultural memory, which is the memory that is encoded in materials — in recordings, books, magazines, different forms of recorded media. And in the case of songs, those five years are more or less the timescale of the transition between these two regimes,” Hidalgo said.

Hidalgo notes that there is not a definitive reason why famous people and media lose their popularity. One theory is that as new content arrives, it simply pushes out older material. Another possible contributing factor is that when people of a certain generation begin to die, the market for their work eventually dies with them.

In his research, Hidalgo also explores what we as a society purposefully choose to remember and forget. He believes that our moral values play a role here. “In some ways, a lot of the fights that are taking place are [about] when there was someone in history who did something that now we consider wrong, according to present-day moral standards, and therefore their legacy should be diminished or reduced or even obliterated,” he said.

Related: After the A-bomb survivors die, who will be Hiroshima's memory keepers?

Hidalgo thinks that with cultural memory there can sometimes be a rewriting of history and that the process comes with complications. “I get very nervous when we think that we can impose our present-day morals as a constant through time, because it violates that reality of morality being culturally learned,” he said. “I say I should not judge moral actions of people from 200 years ago because, in some sense, I don’t know what it is to be there. They don’t know what it’s like to be here, so I shouldn’t blame them for what they did,” Hidalgo added.

Hidalgo hopes future societies will choose to remember our present-day society fairly. “I don’t want the moral actions of what I’m doing today to be judged by people 200 years from now, because those people are going to have a completely different set of ethics.”

You can test your memory for cultural artifacts by taking this quiz and seeing how well things of the past have stuck with you.

Hannah Uebele is an intern at Innovation Hub.