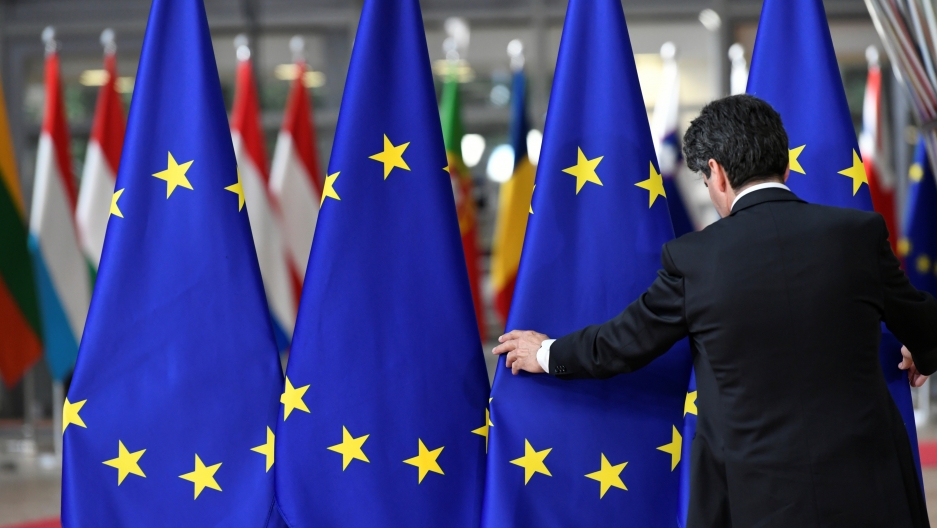 A staff member sets up EU flags ahead of a European Union leaders summit after European Parliament elections to discuss who should run the EU executive for the next five years, in Brussels, Belgium, May 28, 2019.

National parties in the newly elected European Parliament line up in pan-EU groups. These are in some flux following the vote, especially on the Eurosceptic right, but in the outgoing legislature the eight groups were:

Alliance of Liberals and Democrats (ALDE — 109)

Europe of Nations and Freedom (ENF — 58)

No lead candidate; expect the group to reshuffle after election

No lead candidate; expect the group to reshuffle after election

Anti-EU: Formed in 2014 by Nigel Farage, then leader of UK Independence Party, now of the Brexit Party; key ally Italy's 5-Star expected to shift to a more centrist group after the election