Jack Gilmore, 23, had never left the US before he worked on a research vessel as a cook during a two-month expedition to Thwaites Glacier in West Antarctica this past winter.

“It was my goal to bring home with me.”

As a native of New Orleans, “It was my goal to bring home with me,” Gilmore said. Along with the ship’s head chef, Julian Isaacs, he cooked lunch and dinner for nearly 60 every day, and added dishes like shrimp étouffée, fried chicken, gumbo and po’boys to the menu aboard the Nathaniel B. Palmer icebreaker. 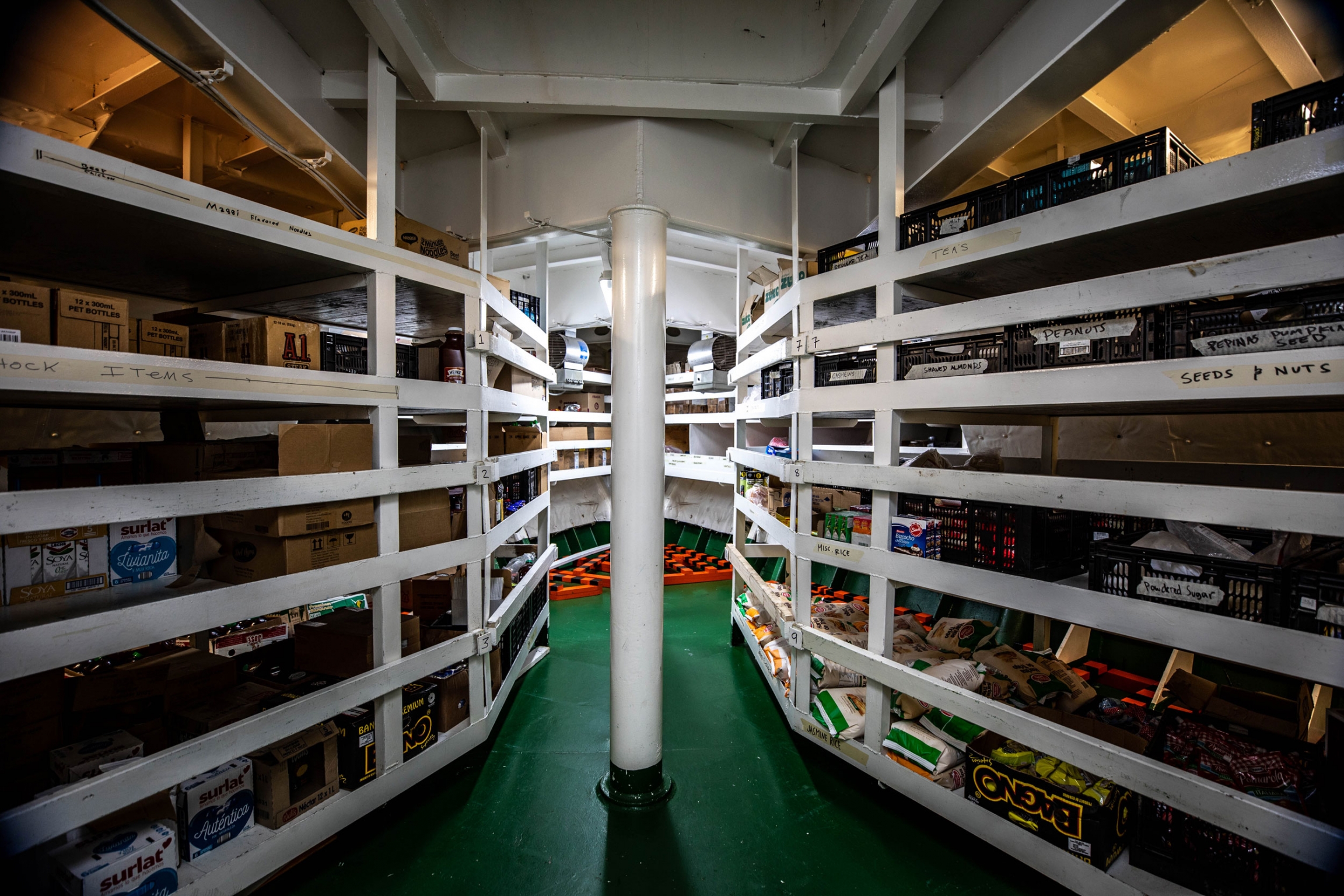 Dry goods are stored in the ship’s bow, one of the best places on the Palmer to hear ice scraping the hull.

But as he brought a little bit of New Orleans to Antarctica, he learned what the region’s rapidly melting glaciers could do to his home city, which sits largely at or below sea level.

West Antarctica’s glaciers are melting fast, and if they collapse entirely, they could raise global sea levels roughly 11 feet. 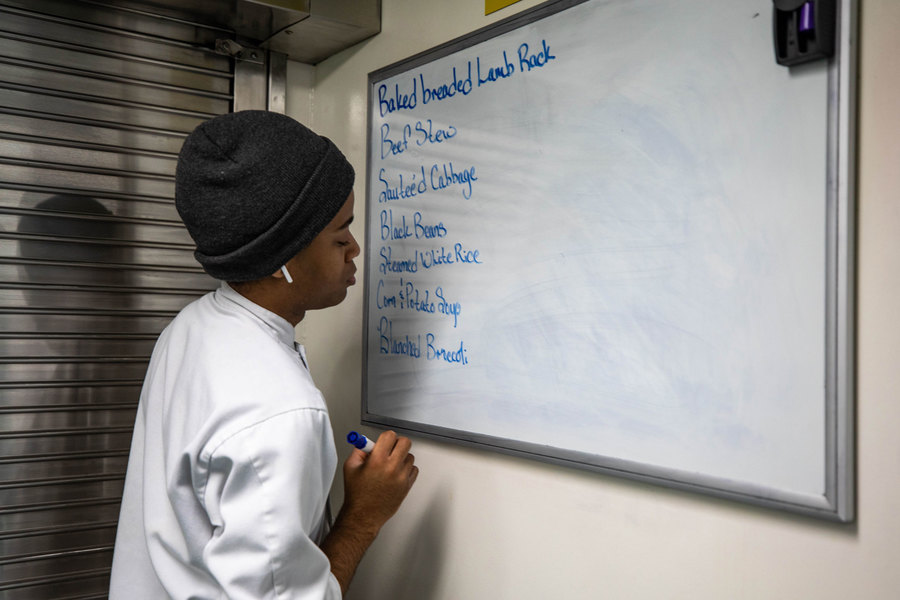 Jack Gilmore writes the menu on a whiteboard in the galley of the Nathaniel B. Palmer research vessel. The kitchen staff prepared four meals a day for the nearly 60 scientists, staff and crew on the ship: breakfast, lunch, dinner, and “midrats,” short for “midnight rations,” for those working the night shift.

When Gilmore walked out of the ship’s kitchen and onto the deck on the February day when the Palmer finally reached Thwaites Glacier, he was struck by the walls of ice that stretched taller than the ship.

“To think that eventually maybe, one day, all of these things will be gone, that’s a lot of ice that has to melt. And that water has to go somewhere.”

“To think that eventually maybe, one day, all of these things will be gone, that’s a lot of ice that has to melt. And that water has to go somewhere,” Gilmore said.

Related: Planning for 2 meters of sea level rise by 2100

It made him think about home — Mardi Gras and French Creole, and the grandparents who raised him to love his city and its cuisine. 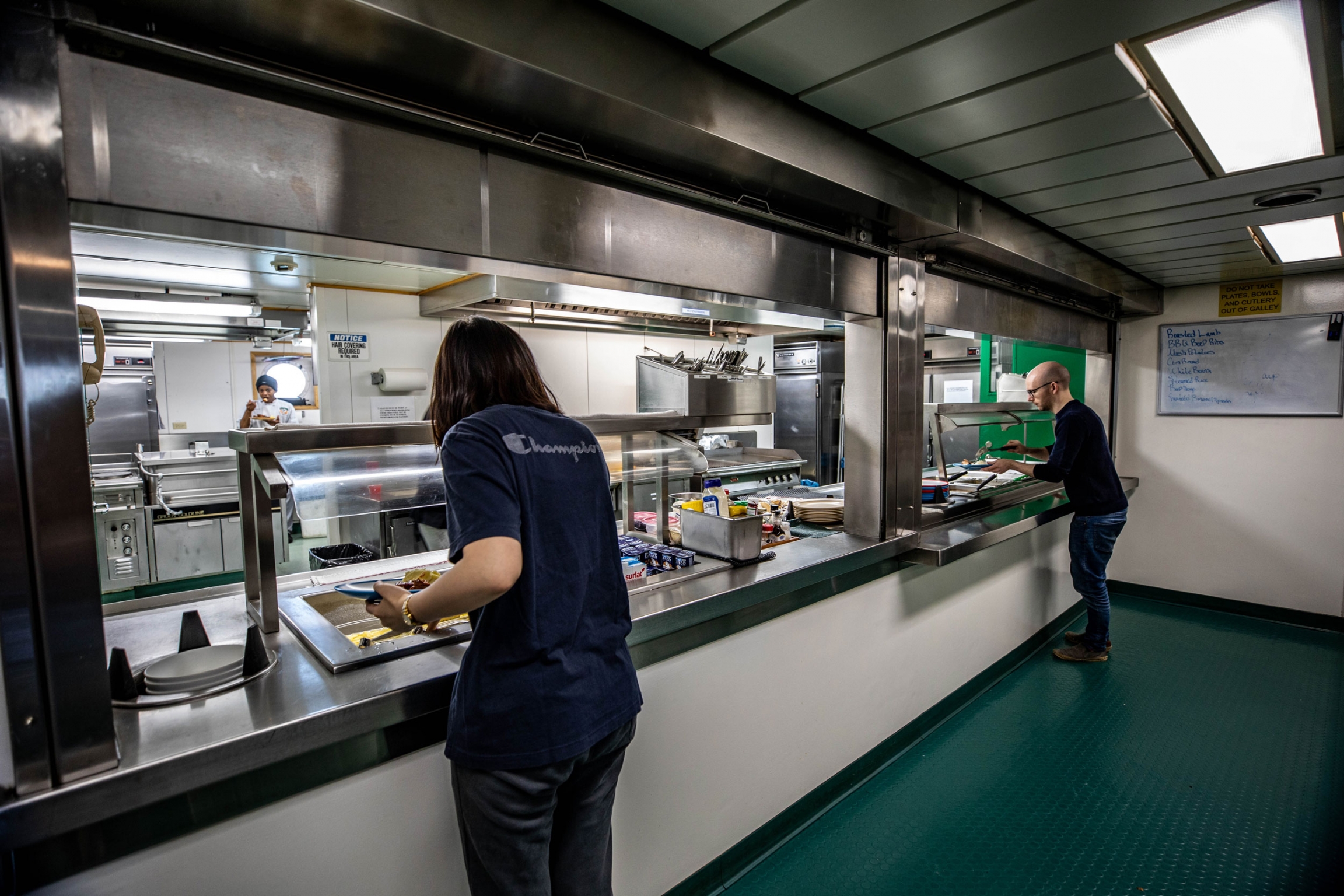 Two scientists serve themselves at the buffet line in the Palmer’s galley.

“To know that that may be all wiped away because of some glaciers melting,” Gilmore said. “It’s like damn, we got to get it together.” 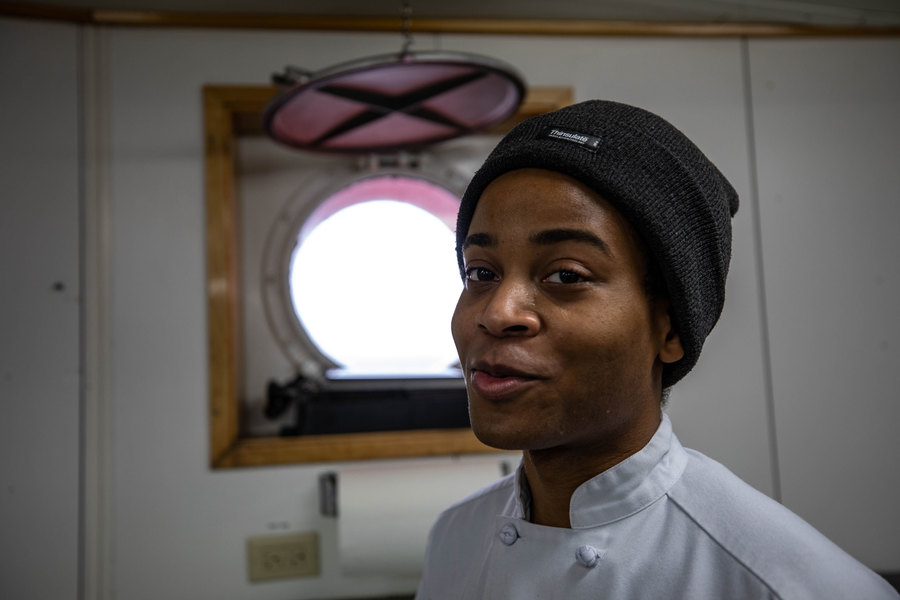 This is the third in a series of deep dives into the science and people of the Nathaniel B. Palmer’s 2019 voyage to Thwaites Glacier in West Antarctica. Listen Mondays on The World and check back online through May and June to learn what scientists found as they studied the sea that’s melting this Florida-sized piece of ice. Follow us on Instagram for videos, quizzes and more photos from Thwaites.