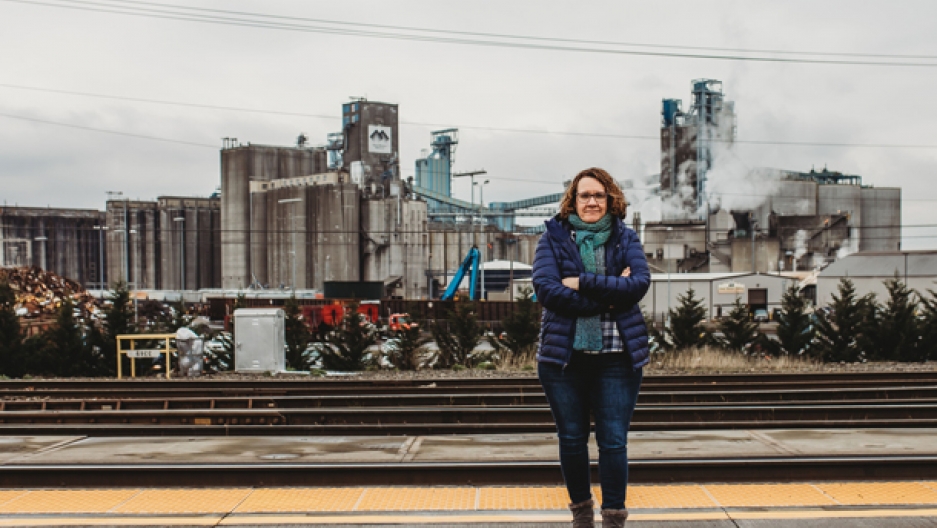 Linda Garcia near the Port of Vancouver, in Washington state.

When the Tesoro-Savage oil terminal project threatened to bring polluted air and the risk of devastating oil spills to her hometown of Vancouver, Washington, community organizer Linda Garcia got right to work, and along with her neighbors, vanquished the project.

Now, Garcia’s efforts to protect her community and stand up to fossil fuel interests have been recognized with one of the prestigious 2019 Goldman Environmental Prizes.

Garcia and her fellow activists celebrated the cancellation of the Tesoro-Savage project in 2018, when Washington Gov. Jay Inslee rejected its permit. But Garcia says none of them anticipated the win.

“I think going into it we recognized that a company that was trying to come into our community had a lot more power and a lot more resources and a whole lot more money than we did,” she said. “But we ended up having people power. And we proved to them that that's the most important piece. It's not about the money. It's not about the profit. It’s about people caring for each other.”

The Tesoro-Savage project aimed to build an oil-by-rail export terminal, which would have brought in multiple unit trains per day filled with Bakken crude oil from the tar sands in Alberta, Canada, and South Dakota.

“One unit train is about 144 oil tank train cars, and it's about a mile-and-a-half long,” Garcia explained. “We were looking at between five and eight of those per day. And with each ... train comes more danger.”

At first, the residents of the Fruit Valley neighborhood, which contains the Port of Vancouver, had concerns about air quality, Garcia says. “The moment that terminal would have gone online, every single second of every single day, there would have been VOCs — volatile organic compounds — emitted that pose great health risks, from asthma-causing chemicals to cancer-causing chemicals.”

As the battle continued, oil train derailments and explosions began making big news, particularly the catastrophe in Lac-Mégantic, Canada. Then, just a few short months before a final decision drew closer, a derailment occurred about 40 miles east of Fruit Valley, in Mosier, Oregon.

“That was tragic, and it brought the reality of the entire situation and the possibility of that happening so much closer to home,” Garcia said. “It was on the news 24/7, so it wasn't something we could escape and pretend wasn't happening anymore. We couldn't say, ‘Oh, it's far away from home. That will never happen here.’ We saw that it could.”

Fruit Valley is a diverse community — socio-economically, racially and culturally, Garcia says. “It's kind of like a very small, close-knit, big city. … There are so many people with so many differences, but we're close. We take care of each other; we protect each other. I think that's how everything started. We recognized the need to be there for those that maybe couldn't stand up for themselves in the moment.” 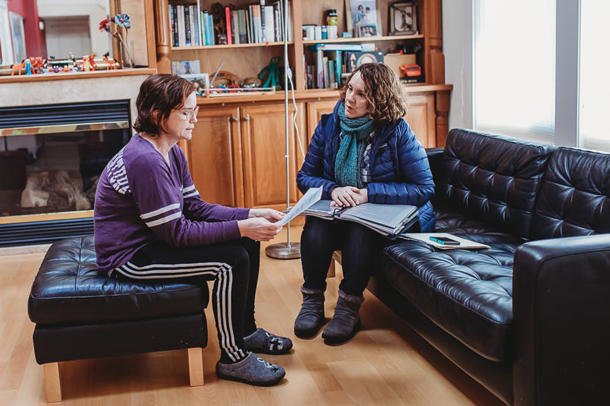 Linda Garcia meeting with a community member while door-to-door organizing against the Tesoro-Savage oil terminal project.

Garcia says that even though she was initially scared to go to the public meetings, she felt even more uncomfortable doing nothing. “I just kept pushing through because it's more than idealism," she said. “It depends on people stepping up and making sure that corporations and government entities don't try and pull the rug out from under us, don't try and blindside us with decisions they think are best for us. Instead of coming in and speaking at us, talking at us, they needed to listen — and they weren't doing that.”

“This is about our lives,” she insisted. “It's about our livelihood, our sustainability, our connectedness, our vitality. It didn't feel right in my heart to stop.”

Related: A Baltimore student led a drive against an incinerator in her neighborhood. Now she's won a major award.

Garcia warns other communities to remain vigilant to threats from fossil fuel interests and hold tight to the vision that “clean jobs and green jobs” are just as good, if not better, for local communities.

“That doesn't just mean [just] environmentally,” she said. “[They] can be health care, IT, education and high tech. There are places and spaces for that. But most organizations and politicos don't look at that. They don't see the larger, greater picture. They see an old model. And while most of us can understand and see that those old models aren't necessarily working, now it's a matter of trying to push them forward and [make them] see … that there are different arenas we can look at.”

“We don't have to fall back and rely on the old commodities — the dirty, dangerous commodities,” Garcia concluded. “There are newer things out there.”