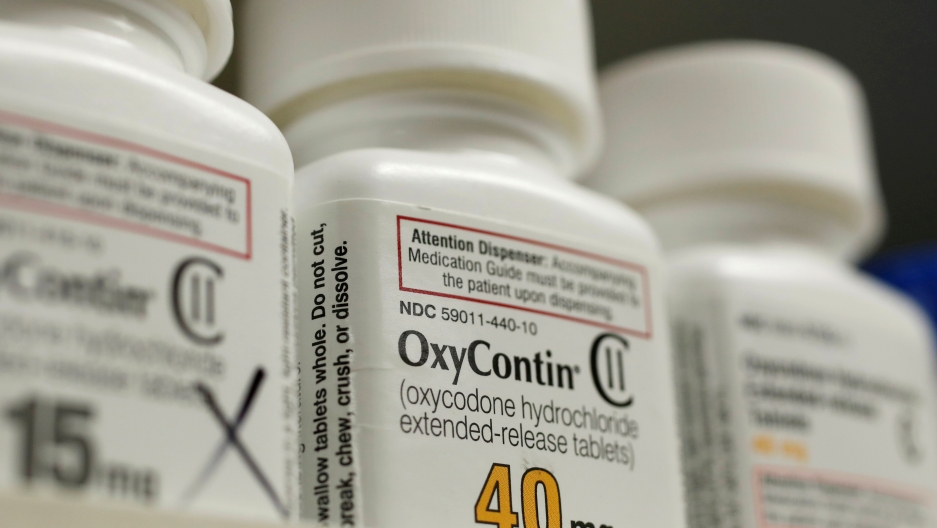 In 2017, data show that more Americans died of drug overdoses than died from car crashes or gun violence. Judith Grisel, a former addict turned neuroscientist, explores some of the reasons behind America’s drug crisis in her book, “Never Enough: The Neuroscience and Experience of Addiction.” With the help of her own personal story, Grisel explains the powerful impact of drugs on the brain and considers why addiction has such complicated effects on our neurological systems.

Grisel was only 13 years old when she found herself “guzzling half a gallon of wine” in a friend’s basement. She felt euphoric, but little did she know that her early experience with alcohol would lead to a decade-long battle with addiction.

In the years to come, Grisel chose from a smorgasbord of drugs to achieve the mental escape she was looking for. From marijuana, to opiates, to psychedelics, Grisel found it hard to say no to any drug that offered her otherworldly experiences, but it was never enough.

Grisel’s addiction caused her to drop out of school and ultimately deepened the divide between her and her family. It was not until her 23rd birthday, during a compassionate moment with her father after years of being out of touch with him, that she broke down and vowed to get clean.

Related: Opioid addicts are turning to a clinic in Mexico to break their addiction, but there's a catch. The treatment is illegal in the US.

“Using drugs is not at all new. People have been using drugs since we’ve been people and other animals use drugs,” says Grisel, who is now a neuroscientist and professor of psychology at Bucknell University. “It’s a universal tendency to want to change the way we see, feel and perceive the world,” she says. Ever since humans learned how to cultivate, they have grown and consumed mind-altering substances, according to Grisel.

So, what has made addiction such a pressing crisis today? Grisel thinks there are two reasons. In the past, drugs were consumed in communal settings, where they could be controlled to a certain extent; now, they are often taken in isolation, removing the community from the equation. Second, with time, we have improved our methods of extraction and production. Not only has the availability of drugs increased, but their potency has skyrocketed.

Our brains are elastic, Grisel notes, and when drugs are consumed on a daily basis, our brains are able to build up tolerance against their effects. She says that in order to achieve the same level of intoxication, drugs with higher potency are entering the market, which contributes to a toxic, endless loop in which our brains adapt and ever more potent drugs flood the market.

To add to this, Grisel says that some of us are wired to be more susceptible to drug addiction, including herself. She raises a red flag on the increasing legalization of marijuana. While she does not oppose legalization, she warns that not enough research is available about the drug’s addictive properties and, therefore, we should proceed with more caution.

Related: In Canada, some doctors are prescribing heroin to treat heroin addiction.

“Let’s put money into education,” suggests Grisel. ”Let’s understand the risks we are taking and share those risks widely, so people aren’t confused about what they’re doing.”

What we have been doing, she says, when it comes to trying to keep drugs out of the country, does not work. She argues the issue is demand, not supply. “If you look at the data and our efforts over the last 50 years to regulate and control drug access, it has been [an] unbelievable failure,” says Grisel.

With opioid addiction reaching a crisis point in America over the past few years, Grisel is convinced that more science and wider dissemination of that science lie at the heart of tackling the issue.

Nadia Lewis an intern at Innovation Hub, where a version of this story originally appeared.