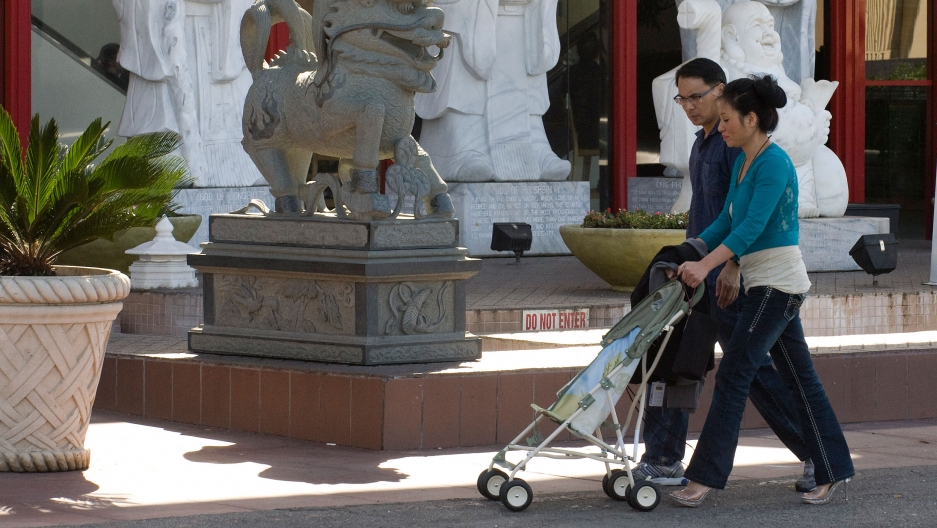 Asian Americans may be the group impacted most if the Supreme Court decides to allow a controversial question on citizenship to be included on the 2020 census. Asians are the fastest growing racial demographic in the United States, even among undocumented arrivals. And a recent Census Bureau study found they are also the least likely to complete their census questionnaires.

“If the citizenship question happens, we are really looking at the danger of many Asians not being counted,” says Janelle Wong, professor of American studies at University of Maryland.

Related: Can the census ask if you’re a citizen? Here’s what’s at stake in the Supreme Court battle over the 2020 census

Asians are the fastest growing racial demographic in America, even among undocumented arrivals.

The Supreme Court in April heard oral arguments in Department of Commerce v. New York, where it considered whether a lower court erred in blocking the Commerce Department, which administers the census, from reinstating a question on the 2020 census that would ask respondents whether they are US citizens. It appeared a majority of justices may side with the Trump administration. Rights groups, along with the Census Bureau, have said including the question would lead to undercounts — particularly if members of a household might be undocumented. A decision is due before the Supreme Court's term ends in late June.

One in seven Asian immigrants are undocumented, according to the most recent figures from the Center for Migration Studies, making them the fastest growing segment of the estimated 11 million undocumented arrivals in the US. Nearly half of those unauthorized newcomers are from India and China, and they typically fall out of legal status by overstaying their visas.

There are many reasons Asians in the US could be apprehensive about the census — and it's not just those without legal status who are concerned.

Wong, who studies Asian American populations, says that most research around the citizenship question has been conducted among people who identify as Hispanic. “The same dynamics are here for Asians,” she says. “The proportions of people who are foreign-born are higher among Asians than any other group. We can imagine similar feelings in this political moment. There is a fear of filling out the census, especially for that group that is undocumented.”

Why are Asian Americans so apprehensive about the decennial, nationwide count? There are a few factors, says Karthick Ramakrishnan, chair of California’s Commission on Asian and Pacific Islander American Affairs. California is the state with the most undocumented Asian immigrants — nearly half a million, or over a quarter of all undocumented Asians in the US.

Nearly 30% of Asian immigrants have lived in the US less than ten years, as a result of increased family migration and H1-B visas. Others arrived as international college students. For these newcomers, 2020 will be their first experience with the census.

“You have policies that are targeting even legal permanent residents now.”

“Even among the legal Asian immigrant population, anxiety levels are going up,” Ramakrishnan says. “You have policies that are targeting even legal permanent residents now.”

The recent spate of deportations of Cambodian refugees is the most dramatic example of the insecurity of legal residents. In fiscal year 2018, 110 Cambodian refugees with permanent resident status were sent back to Cambodia, according to Immigration and Customs Enforcement figures, some for serious crimes and others for petty offenses.

Related: After deportation, a family from Wisconsin will start anew in Cambodia

“The increased and recent activities around the detention and deportation of our Cambodian and Vietnamese community members have raised even more concerns for families on whether they can trust filling out the 2020 Census,” says Nkauj Iab Yang, who oversees California policy programs for Southeast Asian Resource Action Center, or SEARAC.

Asian Americans also report the highest levels of fear that their Census responses won’t remain confidential and could possibly be used against them.

Related: This algorithm could keep your census data ‘future-proof'

“There’s a movement of Chinese immigrants saying we should not be checking off the 'Chinese' box. It comes out of the idea that if you stop collecting data, it will make them easier to get into Harvard,” says Ramakrishnan, who is also a professor at University of California at Riverside and the founder of the website AAPI Data.

Under Title 13, Census Bureau employees are sworn to not to share personal information from questionnaires — including to colleges and universities — and could face fines or imprisonment for breaching that privacy.

The implications of census undercounts are serious. Incomplete or inaccurate population counts could reduce funding within communities for publicly funded services, such as health care or interpretation services. That impacts both immigrants and those who live alongside them.

“Chinese Americans have highest needs for language assistance," Ramakrishnan says as an example. "If you do not have accurate numbers of Chinese Americans in any given location, it’s going to make it difficult to provide health assistance and other social assistance or any kind of government program with language support in Chinese especially in smaller areas.”

The 1.3 million Pacific Islanders from more than 30 nations of origins living the US are often lumped together with Asian Americans on advocacy issues, but they also have their own unique concerns. The nonprofit Empowering Pacific Islander Communities, or EPIC, which is based in Washington, DC, has been strategizing on how to educate its members and community on census issues.

Immigration status varies among Pacific Islanders in the US — ranging from American citizens to undocumented — as do attitudes towards the census. For some ethnicities, such as Tongans, any news of actions targeting immigrants in the US brings difficult memories of discriminatory events in the community's past.

“The current anti-immigrant sentiment reminds them of the dawn raids in New Zealand [in the 1970s and 80s], where Polynesians were being blamed for economic downturn and were being forcily removed from the country."

“The current anti-immigrant sentiment reminds them of the dawn raids in New Zealand [in the 1970s and 80s], where Polynesians were being blamed for economic downturn and were being forcibly removed from the country,” says Tavae Samuelu, executive director of EPIC. “In focus groups held among Pacific Islanders in California, there was a general mistrust of government that went beyond just the citizenship question.”

In particular, mixed-status families in the US (in which some people are citizens and others are not) report worries about the census, according to Samuelu.

Beyond the citizenship question, the 2020 census will present other changes that may make it especially hard to count smaller groups — such as immigrants from Micronesia, Palau and the Marshall Islands — as well as Asians who don’t live in major cities with large ethnic populations. For example, as a cost-saving measure, the bulk of next year’s count will be done online, with paper forms only by request and printed only in English and Spanish.

Part of the Census Bureau’s $1 billion budget for outreach will include translation of the website into 12 languages, including Chinese, Vietnamese, Korean, Arabic, Tagalog and Japanese. Printed instructions will also be made available in 59 languages. But Marshallese and other Pacific Islander languages will not be among those translations. The state of California, for its part, is responding to federal Census Bureau staff cuts by investing another $150 million in outreach, through advertising, media outreach and paid partnerships with community-based organizations and businesses.

But so far, California and New York, which has set aside $40 million, are the only states that have budgets for ensuring a complete count. That could lead to undercounts in states such as Arkansas, which is home to nearly 5,000 Marshallese, many of whom work at a Tyson chicken processing plant near Springdale. Under longstanding agreements stemming from the US government’s use of those islands for military bases and nuclear weapons testing, Micronesians, Palauans and Marshallese are allowed to travel freely to the United States. Many of these Pacific Islanders move to rural areas for employment.

“We hope the Supreme Court will strike out the citizenship question,” says Samuelu, although many Asian American and Pacific Islander advocates say the fear of the census has already taken hold. Clearing up misconceptions, she says, is the most important focus between now and April 2020, when the nationwide count begins.