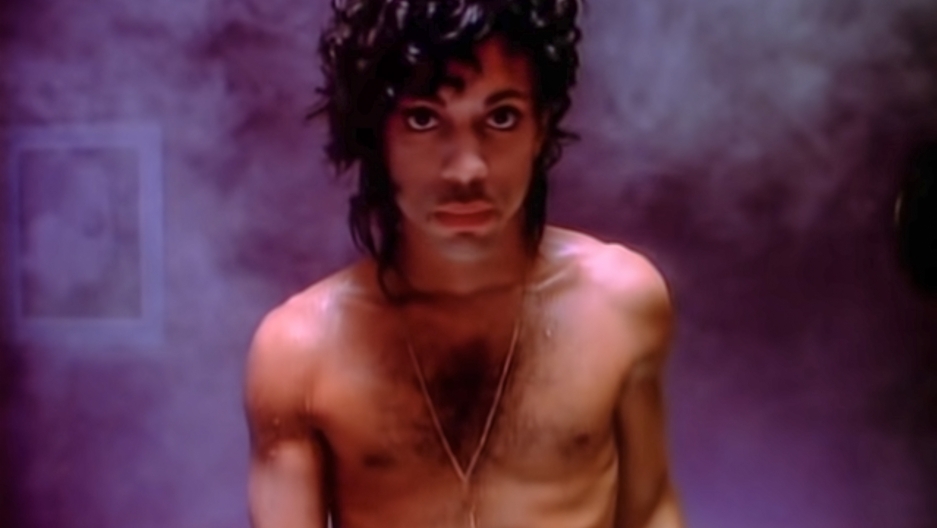 A screenshot from Prince’s music video “When Doves Cry.”

In the wake of his successful “1999” album, Prince ventured into new creative territories when he decided he wanted to make a feature-length movie.

“He wanted something that could be his version of ‘A Hard Day’s Night,’” says Prince and the Revolution guitarist Wendy Melvoin. “Sort of an exaggerated version of his own life story.”

Matt Fink, the Revolution’s keyboardist and vocalist better known as Dr. Fink, remembers Prince presenting the idea to him: “It was completely untested waters for him to get into something like that. And I expressed my concerns saying ... ‘Do you think we’re big enough to do a movie? Or you’re big enough as an artist to do a movie?’ And he just said, ‘I don’t know, but I’m willing to try.’”

“All he had to do was say, ‘I want to do this,’ and it was literally six months later [that] there was a team of people around who were taking notes and helping him take his ideas and turning it into a script,” remembers Melvoin. Those ideas laid the groundwork for the film “Purple Rain."

It was during the production of “Purple Rain” that the idea for “When Doves Cry” arose. The song was commissioned by director Albert Magnoli, who needed one more song to provide the soundtrack for a mid-movie montage that touched on the themes of the film. Prince immediately went to work by himself in the recording studio that night and came back the next day with “When Doves Cry” fully recorded and produced.

“Nobody believed that this was going to be such a catalyst for the kind of success that it had,” author Alan Light says. “To be able to do something that’s that experimental and that bold, and have it be that popular and connect that universally, it’s just unbelievable. It takes an artist of that magnitude to be able to pull that off.”