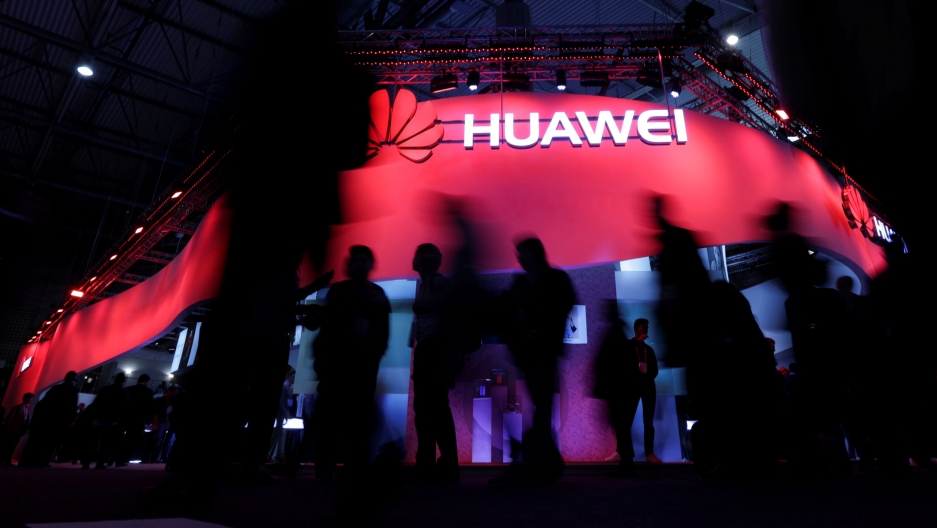 The Trump administration announced plans on Wednesday to add Huawei and 70 affiliates to its "Entity List" — a move that bans the company from acquiring components and technology from US firms without government approval.

The latest US broadside against the Chinese firm threatens to rattle the global tech supply chain. The ban is not yet effective.

A similar US ban on China's ZTE Corp. had almost crippled business for the smaller Huawei rival early last year before the curb was lifted.

Such sanctions on Huawei are, however, likely to have ramifications beyond the company itself, analysts said.

It would disrupt Huawei's business at a minimum and all but put it out of business in an extreme, while its US suppliers would also be hit, they said.

Out of $70 billion Huawei spent for component procurement in 2018, some $11 billion went to US firms including Qualcomm, Intel and Micron Technology, and they could see that revenue disappear.

On the other hand, US companies like Apple face the risk of severe retaliation from China, a key market.

"This is going to be very messy," a China-based source at a US tech company told Reuters.

It will be tough for Huawei too, the person said, noting none of its US suppliers "can be replaced by Chinese ones, not within a few years, at least. By then, they are already dead."

But its business has come under pressure over the past year given mounting international scrutiny, led by US allegations that its equipment could be used by Beijing for spying, a concern the company has said is unfounded.

A range of Asian and European suppliers would also be hurt if Huawei was forced to curb production, while telecom carriers that rely on Huawei, and have largely resisted US calls to bar the company, would be left scrambling just as countries race to roll out next-generation 5G mobile networks.

"Huawei being unable to manufacture network servers, for example, because they can't get key US components would mean they also stop buying parts from other countries altogether," said an executive at a Huawei chip supplier.

"They can relatively better manage component sourcing for mobile phones because they have their own component businesses for smartphones. But server and network, it's a different story," the executive said.

According to brokerage Jefferies, the sanctions would mean a "nightmare for China's 5G" too. The country, which is targeting a nationwide rollout next year, will very likely slow down its 5G push as a result, it added.

However, industry participants pointed out that Huawei had been stockpiling components such as chips to ease disruptions.

Its initial target was to build inventories of six to nine months, and it has recently been raised to 12 and, in some cases, 24 months, Jefferies said.

Shares in Huawei suppliers fell across in Asia on the news of the US blacklist.

Huawei has said it is "ready and willing to engage with the US government and come up with effective measures to ensure product security."

Its rotating Chairman Eric Xu also told Reuters in a recent interview that "in case of unforeseen events ... we definitely have our contingency plan. What we have prepared has already been used in some of our products in the Chinese market."

Huawei has spearheaded China's campaign to develop its own high-end technologies to reduce reliance on imports and such efforts have taken on urgency after US sanctions on ZTE.

The pain for Huawei's supply chain would be redoubled if the trade war put a damper on the Chinese technology industry.

"The bigger concern would be US allies that used to buy Huawei's components may not continue businesses with Huawei, because of fear of possibly upsetting the United States," said Doh Hyun-woo, an analyst at NH Investment & Securities in Seoul.

The Trump administration's rhetoric toward China had cooled in recent days after another round of tariffs between the world's top two economies and a selloff on global stock markets.

Tensions escalated on Wednesday after US President Donald Trump signed an executive order barring American companies from using telecommunications equipment made by firms deemed to pose a national security risk.

While the president's order did not specifically name any country or company, US officials have previously labeled Huawei a "threat."

"The US seems to have already decided to nail Huawei down," said the China-based US tech company source.

"The problem is that because there doesn't seem to be a prospect for a trade deal in the near future, the US has expedited the process of killing Huawei."

By Sijia Jiang and Michael Martina/Reuters