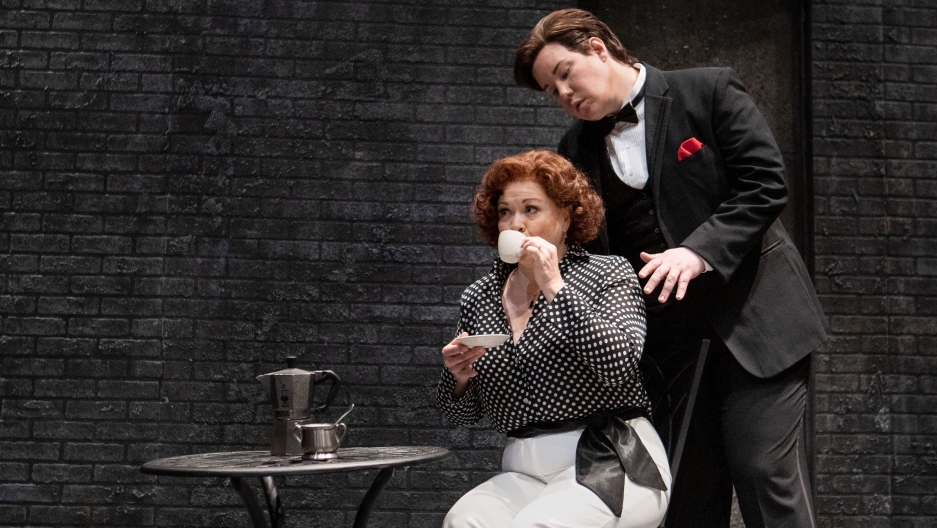 Donna Elvira, played by Pamela Armstrong, is shown with Lucia Lucas as Don Giovanni in the Tulsa Opera production of "Don Giovanni."

Lucia Lucas sweeps across a noisy diner in Tulsa, Oklahoma, at 9 a.m. on a Saturday wearing a calf-length, black brocade frock coat and a bright, lipsticked smile.

Most opera singers in her position would be resting up the morning after a big debut. But not Lucas.

“Last night was super weird,” she said, tucking into a plate of chicken fried steak and eggs. “There were so many things going on all at once.” 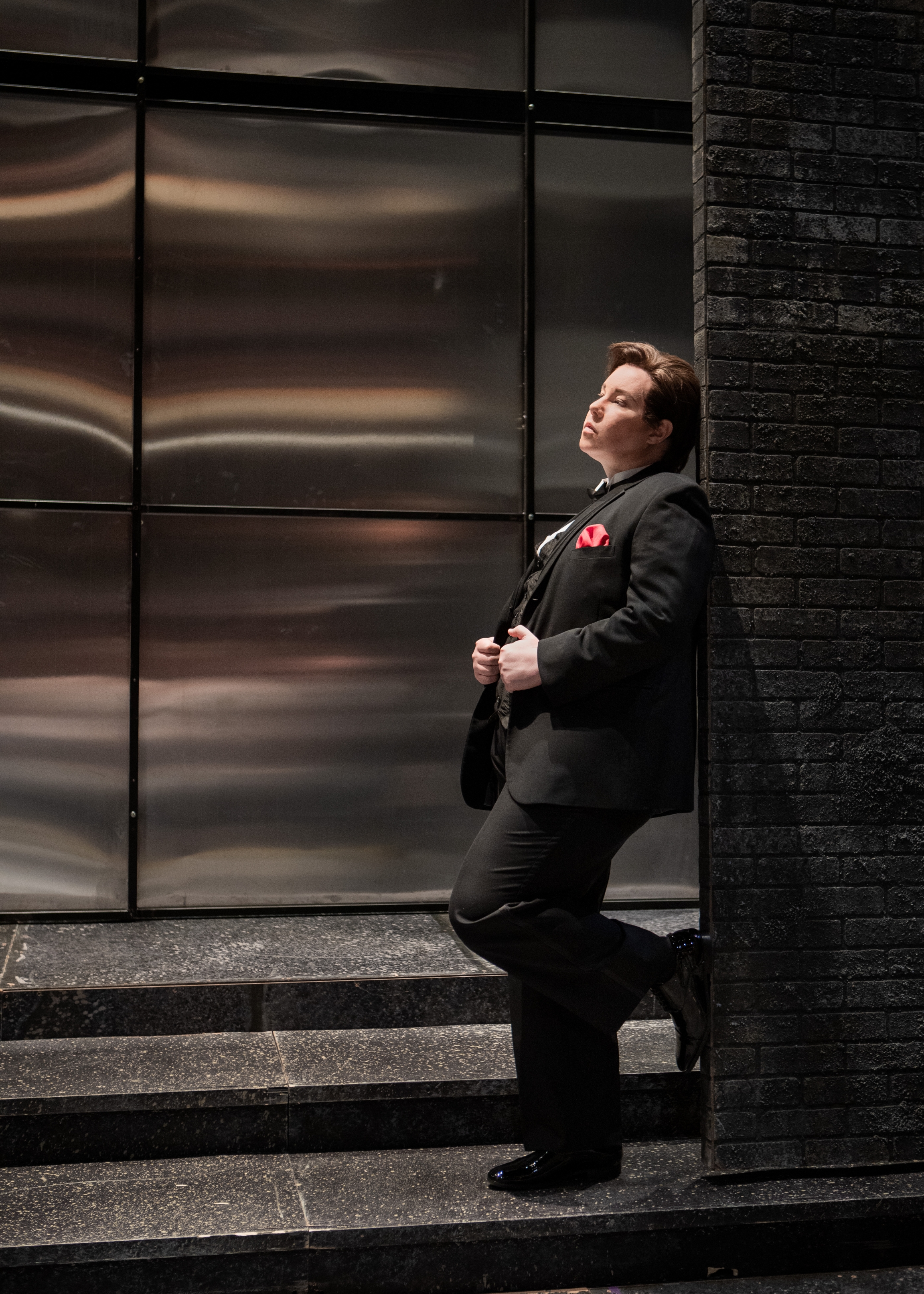 When Lucia Lucas stepped into the role of Don Giovanni, she became the first transgender person to sing a lead part in a standard operatic work in the US.

The 38-year-old, Germany-based baritone just made her debut as Don Giovanni with the Tulsa Opera, becoming the first transgender person to sing a lead role in a standard operatic work in the US.

Related: A US transgender activist is stuck in Sweden. The UN wants to investigate.

The New York Times sent a reporter. The Metropolitan Opera sent a casting representative. Lucas had a documentary crew following her around. And her dad, whom she hadn’t seen for a decade, flew in specially for the occasion.

“There was a lot of pressure to sing well,” Lucas said.

Lucas says she’d been wrestling with questions about her gender identity since she was a kid growing up in Northern California.

“My mom caught me with makeup,” she said of her formative years. “My dad found my stash of girl’s clothes.”

It was a difficult time.

She nearly came out at college. But her career was starting to blossom, and she fell in love with a fellow opera singer — a woman. They got married (and are still together today). So, Lucas put the decision off. 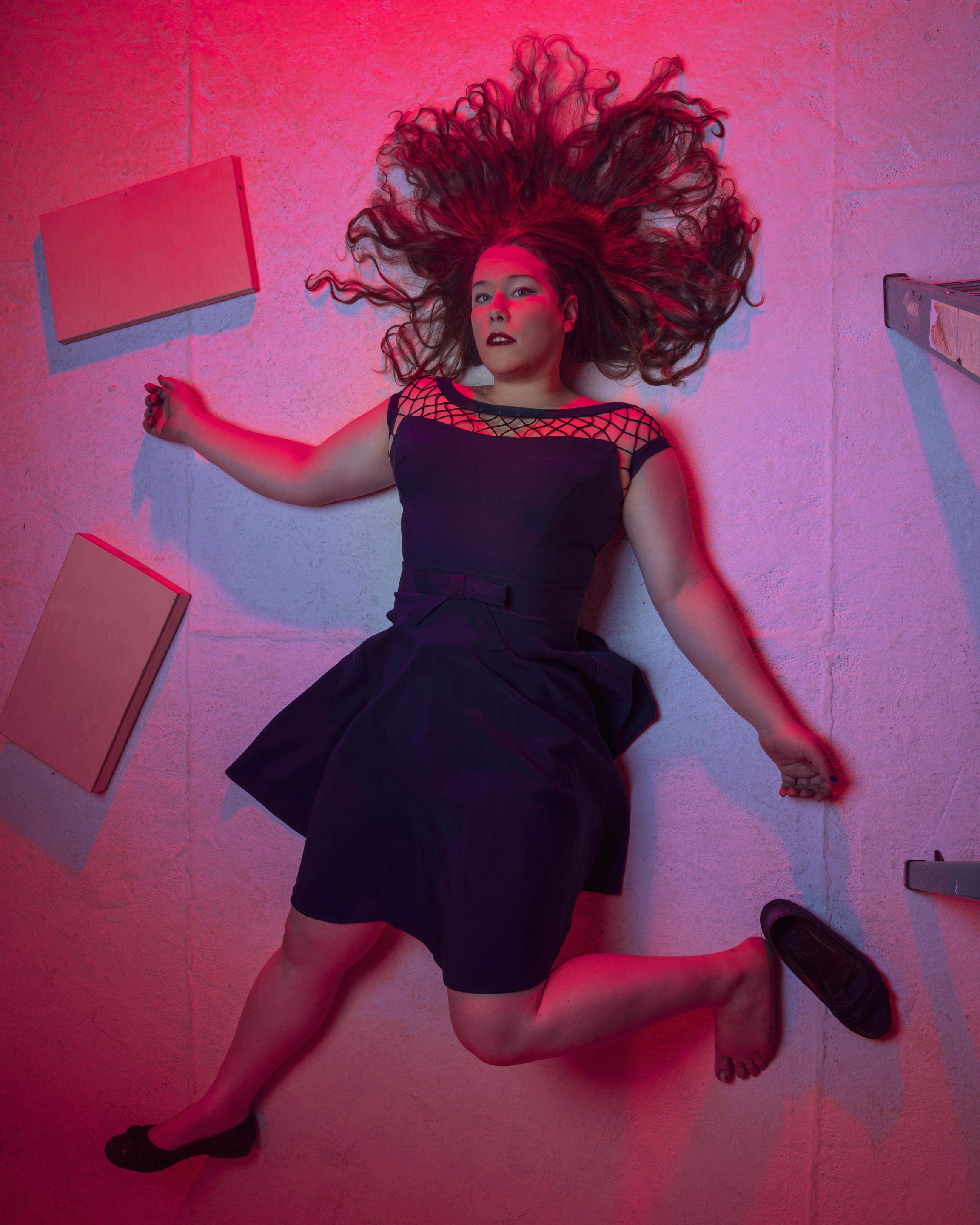 Transgender opera singer Lucia Lucas moved to Germany in 2009. Her wife followed two years later. Lucas says they headed for Europe because there was more opportunity there.

“I guess I just sort of thought maybe I can have this normal life,” Lucas said.

Lucas moved to Germany in 2009. Her wife followed two years later. Lucas says they headed for Europe because there was more opportunity there.

“It's really difficult to make a career in opera in the US,” she said. “But in Germany, there’s 80-plus full-time theaters.”

Lucas continued to present as a man publicly. But she says she kept a drawerful of “inside clothes” at home, and she and her wife sometimes talked about her gender identity.

She was close to five years into a steady, salaried job as a singer with the highly regarded Badisches Staatstheater Karlsruhe when she finally decided she had to come out.

“There's so many people that would love to be a working artist where they make at least enough money to live and continue doing their art full time. But it wasn't fulfilling for me.”

“There's so many people that would love to be a working artist where they make at least enough money to live and continue doing their art full time,” Lucas said of her decision to come out. “But it wasn't fulfilling for me.”

Lucas chose the Staatstheater’s splashy 2014 opera ball for the occasion. She made quite an entrance.

“We were startled,” said Jan Linders, the company’s deputy general artistic director. “She came fully dressed as a woman, and made it clear that she wanted to be addressed as Lucia from that day on.”

Linders says after getting over the initial shock, the company grappled with what to do about their first female baritone.

“There were many questions arising,” Linders said. “Where should be her dressing room? Should it be in the ladies or the gentlemen floor? How should she be addressed in program books? How could we convey this private change to directors that would cast her?”

Lucas says the opera company ultimately decided not to renew her contract. (The company isn’t commenting on that.) So, she threw herself into finding other work. She landed opera gigs with companies across Europe, performed in clubs and bars, and settled on pursuing a freelance career.

Opera has a long history of gender play. Female singers have been masquerading as young men and boys in so-called “trouser roles” or “pants roles” for hundreds of years, like Cherubino in Mozart’s “The Marriage of Figaro” and Octavian in Strauss’ “Der Rosenkavalier.”

But professional opportunities for transgender performers have been slow to come about. There are only very few singers currently getting mainstage work at opera houses around the world. The most prominent example, other than Lucas, is the Norwegian mezzo-soprano, Adrian Angelico, who identifies as male.

Lucas says the compliments she often gets at auditions don’t necessarily translate into contracts. So, she often dons fake facial hair at auditions to prove she can play male characters onstage.

“A lot of people are really confused because they have ‘Ms. Lucia Lucas’ on their paperwork as a baritone. But I'm presenting with a beard in masculine attire.”

“A lot of people are really confused because they have ‘Ms. Lucia Lucas’ on their paperwork as a baritone,” she said. “But I'm presenting with a beard in masculine attire.” 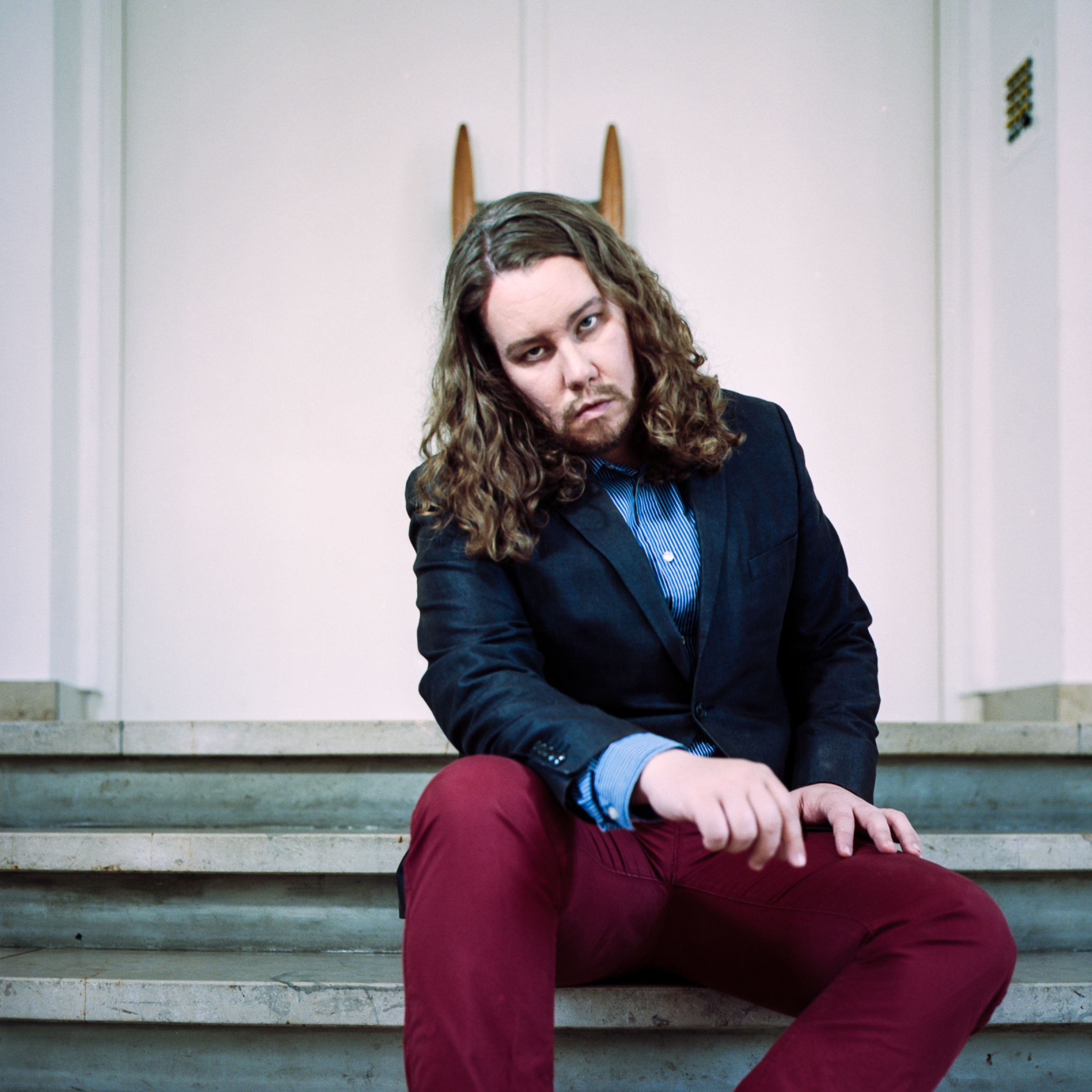 Lucia Lucas, a transgender opera singer, often performs alpha male roles. “A lot of people are really confused because they have ‘Ms. Lucia Lucas’ on their paperwork as a baritone,” she said. “But I'm presenting with a beard in masculine attire.”

Taking female hormones doesn’t raise your voice. And Lucas made a conscious decision not to retrain hers to sing higher parts.

“I don’t know how long I would have to take off from my day job, which is singing baritone,” she said. “And I have work through 2022.”

She’s also suspicious of the reasons companies give — if they give any — for failing to follow through on auditions she’s been promised, or dropping her from their roster.

While trans opera singers are only just starting to make headway in an industry steeped in tradition and not known for its forward-thinking ways, opera administrators are beginning to show interest in the possibilities of casting them.

“The potential doors that this is now opening for trans singers is a very exciting step forward,” said Matthew Shilvock, the director general of the San Francisco Opera. He says trans singers have not yet come forward to audition for roles at his organization, one of the largest in the US. “I don’t see it any different from us looking at any other singer. If the voice is right for the role and right for the house, I would gladly hire that person.”

Tobias Picker, the artistic director at Tulsa Opera — and a composer — says he cast Lucas as Don Giovanni because he simply fell in love with her voice.

“Lucia has her own sound,” said Picker, who is currently writing an opera based on David Ebershoff’s 2000 novel about a transgender painter, “The Danish Girl,” with Lucas in the starring role. “It sparkles. It has flecks of light like gold.” 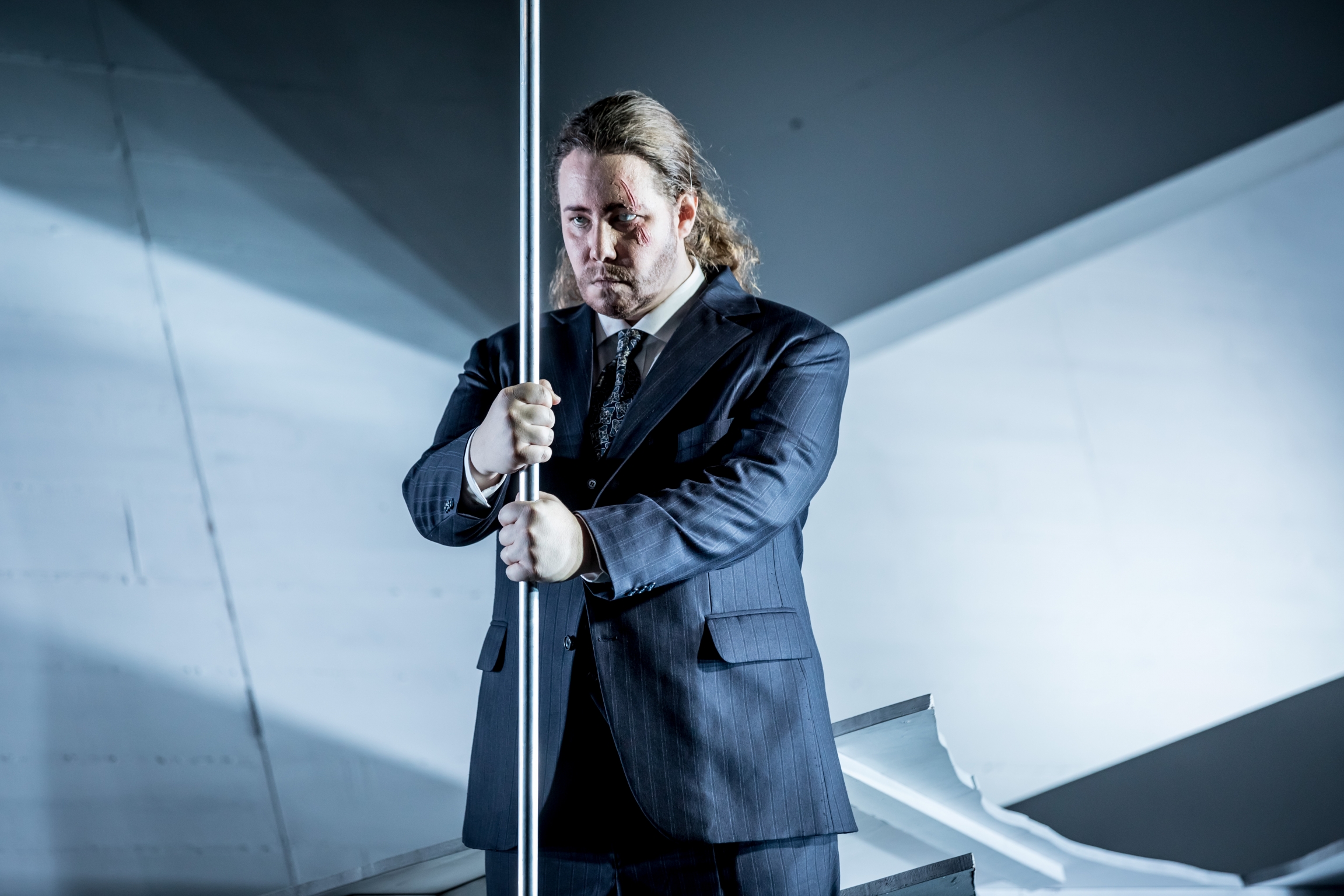 Though she says the visibility she’s been getting lately has been helpful for her career, Lucas hopes the hoopla around transgender opera singers will eventually go away.

She wants to continue to play baritone roles like Wotan and Don Giovanni, without anyone making a big deal of the fact that she’s a woman.

“I had a theater director in Germany say, ‘Oh my gosh, this trans thing, it’s hot right now,’” she said. “I don't want that. I want it to be not a thing.”