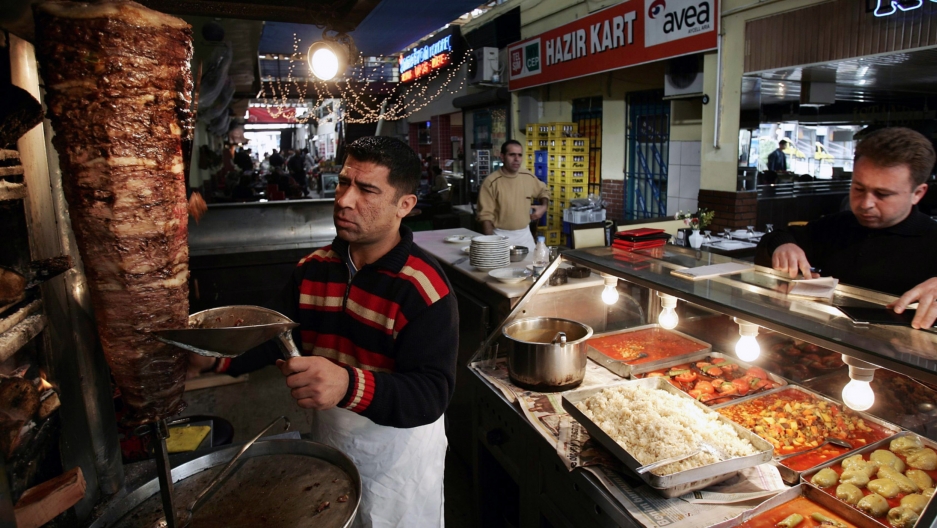 A Turkish cook prepares doner kebab made of beef in a small restaurant in the Mediterranean Turkish city of Antalya.

Has the doner kebab become a political issue in Europe? While the idea might seem humorous, this is a serious question. Alongside the hamburger, the doner kebab is one of France’s most popular fast-food dishes. It has also attracted unexpected attention and controversy — and raised previously unexplored cultural issues.

In December 2017 the health committee of the European Parliament voted to ban phosphate additives used in frozen kebab meat. This was supposed to be a simple administrative adjustment for public-health reasons, but the decision sparked an outcry and the issue became an unlikely political football.

Does the doner kebab need to be “saved?"

German European deputy Renate Sommer (CDU) took the first shot, asserting on her Facebook page that the decision would penalize owners of small restaurants and possibly lead to the loss of thousands of jobs.

Related: What to eat when you're drunk or hung over in countries around the world

Due to the uproar, two weeks later the European Parliament used an upcoming evaluation by the European Food Safety Authority (EFSA) as an excuse to postpone the decision.

While it might seem like a tempest in a teacup, the incident isn’t as minor as it might appear at the outset. The wave of reactions, ranging from despair and outrage to amusement and delight, demonstrated that behind the doner kebab’s modest façade, it is in fact a symbol of the social, political and identity issues facing European societies today. 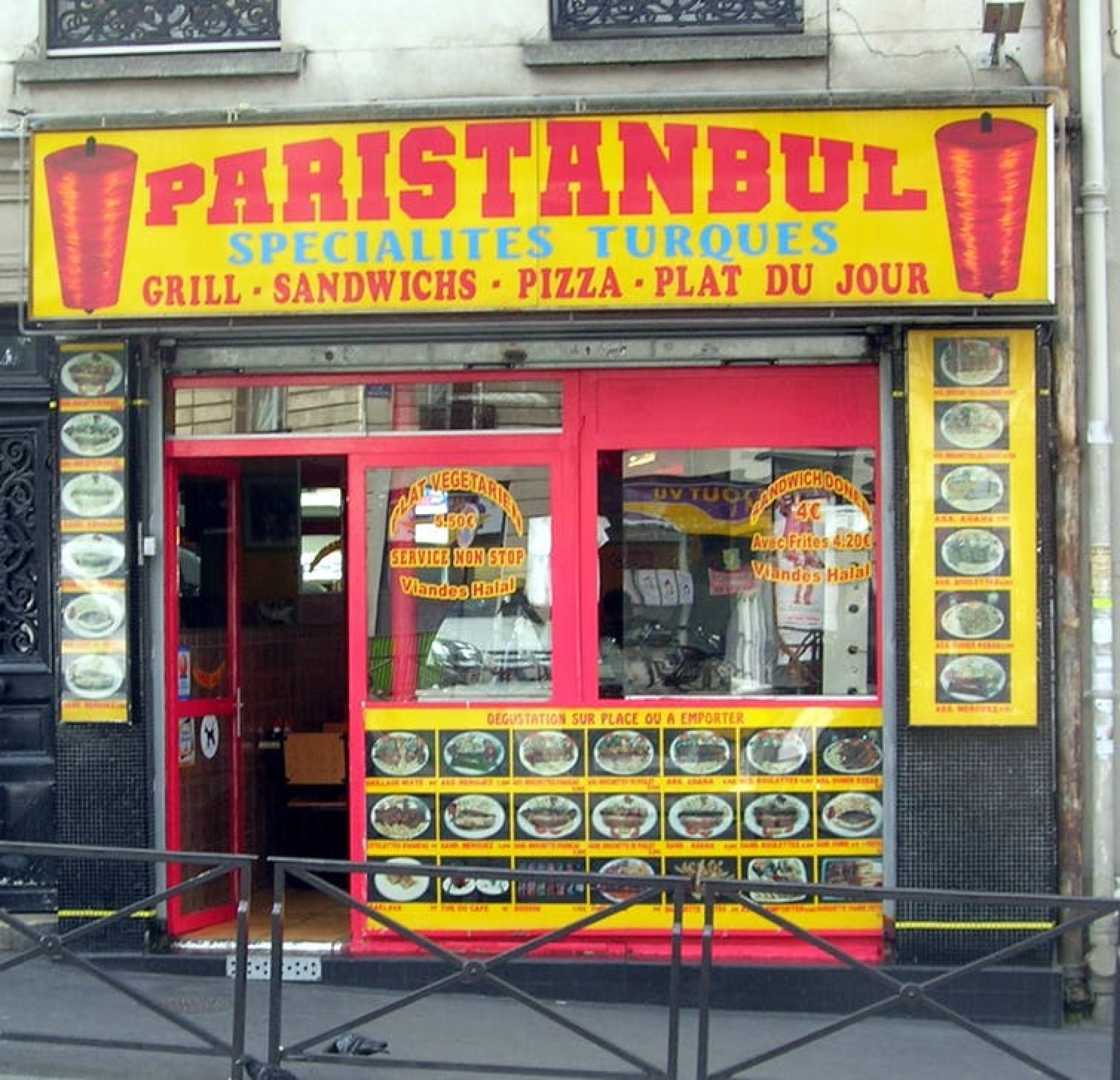 A love-hate relationship with the doner kebab

The European story of the doner kebab is first and foremost one of the astounding success of a dish that, against all odds, became both the laborer’s meal of choice and the quintessential midnight snack.

The doner kebab arrived in Europe in the mid-1930s, when a handful of Greek and Armenian restaurant owners, exiled from Anatolia years earlier, decided to add it to their menus. At that time it was an unassuming dish known only to immigrants, who saw it as a cheap meal that also allowed them to preserve a symbolic link with their home countries. 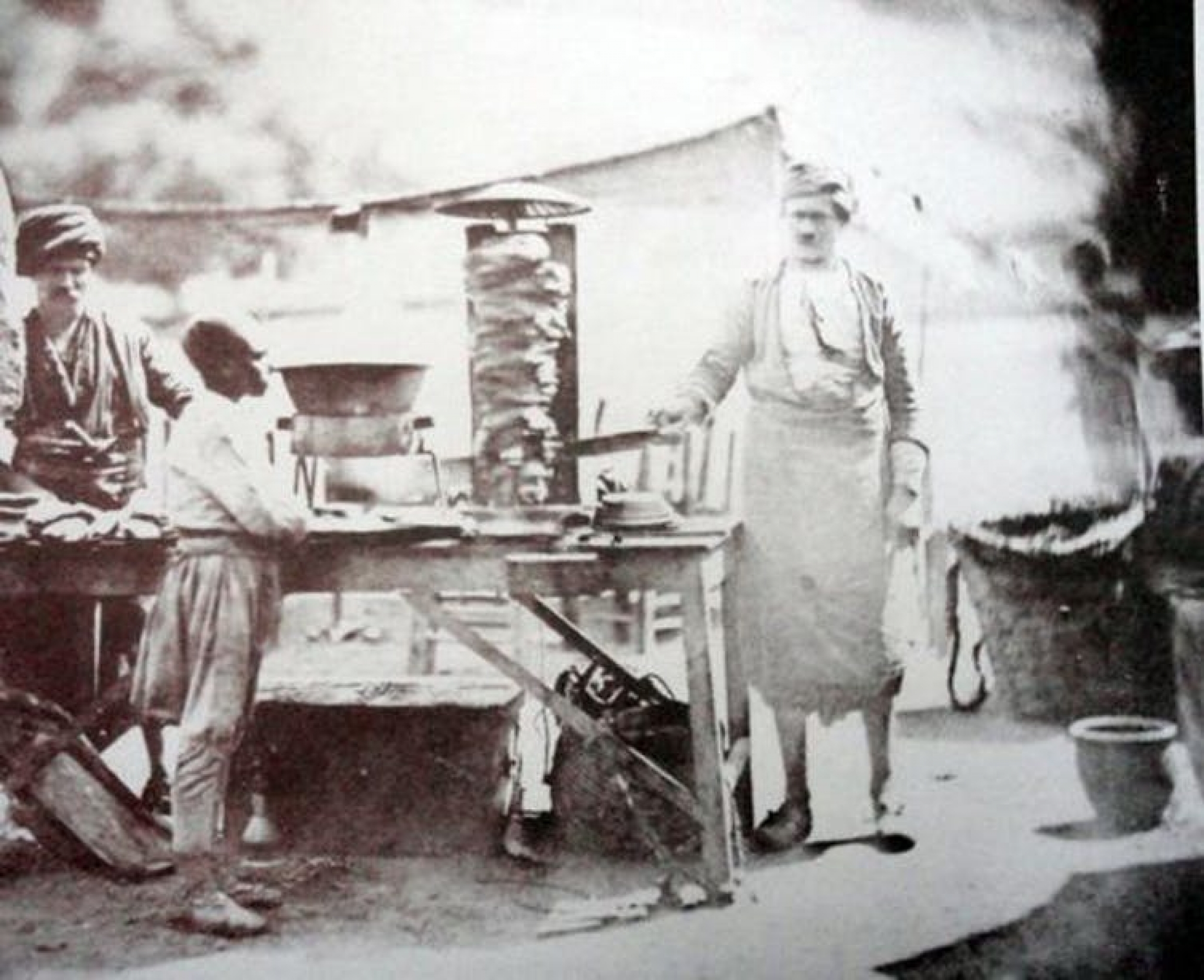 The earliest known photo of the doner kebab, meat cooked on a vertical rotisserie, taken in the Ottoman Empire in 1855.

Also known as the döner kebap, the dish and others like it spread across the world, where goes by names such as gyro (Greek), shawarma (Arabic) and al pastor (Spanish), with endless local variations.

Related: Thank the Ottoman Empire for the taco al pastor

It wasn’t until the 1980s and 1990s that the doner kebab really took off in Western Europe. As deindustrialization hit, many laid-off workers, in particular those originally from Turkey, decided to try their hand at food service.

With no extensive culinary knowledge and little capital, many of these new entrepreneurs turned to the doner kebab. Their inexpensive restaurants chiefly targeted workers, students and immigrants looking for an unpretentious place to grab a meal day or night. The doner kebab proved to be unexpectedly popular and gradually carved out a place in European cities’ culinary and social landscapes.

Millions of doner kebabs every day

The rise in popularity of the doner kebab has been staggering. In Paris alone, there are now over 550 doner kebab shops. In the United Kingdom, they’re reportedly sold in 17,000 businesses. And in Germany, the European heartland of the doner kebab, 2 million were eaten daily in 2017.

This success is even more surprising given that it doesn’t depend on a monopoly by a globe-spanning food conglomerate, but on the (partly subconscious) “genius” of tens of thousands of independent food sellers. Not only do they serve a satisfying meal that meets the cultural and ethical standards of consumers — particularly with halal meat — but they also to keep up with swiftly changing European eating habits.

Success has come at a price, however. As its popularity has grown, the doner kebab has faced increasing wariness. There has been a myriad of articles and reports about the unsanitary conditions of some shops, associating the doner kebab in the minds of the public as a fatty, unappetizing meal made with dubious meat.

'The immigrants’ gift to Europe

Despite its occasionally unappealing image, the doner kebab has found enthusiastic support among an immense number of European residents. For them, it’s not only a reasonably priced and tasty meal but also a vibrant example of the value of cultural exchange.

This cultural and political association far from being specific just to Germany. For a Los Angeles Times reporter, the doner kebab is nothing less than the “Turkish immigrant’s gift to Germany.”

According to Ibrahim Doğuş, president of the Centre for Turkey Studies and director of the British Kebab Awards:

“The humble kebab holds a powerful message about a successful example of integration. It unites both newcomers and native eaters.”

But this point of view does not find favor with everyone. In January 2009, the Tuscan city of Lucca kicked off the hostilities. The town council decided to ban “establishments whose activities can be tracked to different ethnicities,” arguing the need to safeguard “culinary traditions and the authenticity of our architecture, culture and history”. (Whether the measure was also intended to ban US fast-food chains was not clear.) Similar measures were put in place in Italian towns such as Forte dei Marmi, Padua, Capriate San Gervasio and Verona.

When right-wing politician Robert Ménard was elected mayor of Béziers, France, in 2014, he proclaimed his wish to see doner kebab sellers disappear from the city’s historic center. While Ménard’s assertion led to no action in Béziers, such announcements demonstrate that the doner kebab is far from a simple late-night snack.

A culinary symbol of successful multiculturalism for some, supposed proof of rampant Islamisation for others, the doner kebab is a social phenomenon and a revealing mirror for issues of identity and political divisions in today’s European societies.

Translated from the French by Alice Heathwood for Fast ForWord and Leighton Walter Kille for The Conversation France.