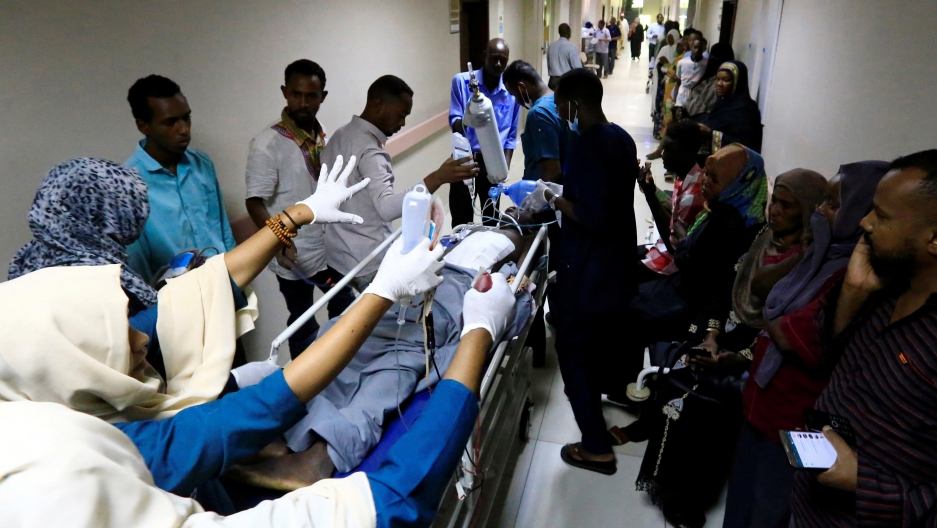 A Sudanese protester, injured when violence broke out over an agreement on a political transition reached by Sudan's ruling military council generals and protest groups, receives treatment at Moalem Medical City Hospital in Khartoum, Sudan May 14, 2019.

At least four people died and dozens were injured during protests on Monday as the Transitional Military Council (TMC) and opposition Declaration of Freedom and Change Forces (DFCF) said they had reached a partial agreement for transition.

Related: How Sudan’s protesters upped the ante and forced al-Bashir from power

Gunfire rang out in the capital into the night after paramilitary Rapid Support Forces (RSF) — whose head is deputy of the military council — had patrolled the streets using tear gas and guns to disrupt demonstrations.

The protesters, who want to keep pressure on the military for a swift handover, were back on Tuesday, blocking roads and bridges with bricks and rocks, images on social media showed.

"The bullets that were fired yesterday were Rapid Support Forces bullets and we hold the military council responsible for what happened yesterday," Khalid Omar Youssef, a senior figure in the DFCF, told a news conference. 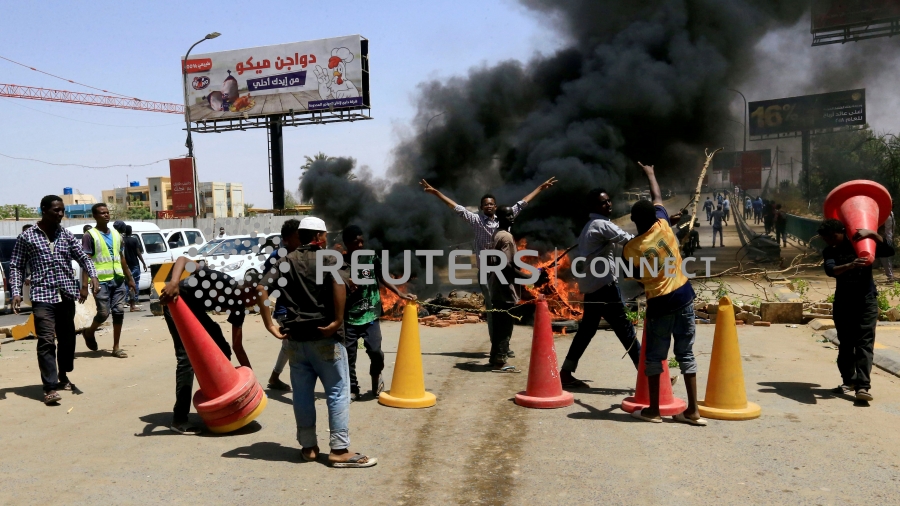 Sudanese protesters burn tires and barricade the road leading to al-Mek Nimir Bridge crossing over Blue Nile; that links Khartoum North and Khartoum, in Sudan May 13, 2019.

'He meant to kill me'

Monday's fatalities were the first in protests for several weeks after months of demonstrations led to Bashir's fall.

The victims included a military police officer and three demonstrators, state TV said. An opposition-linked doctors' committee said there was a fifth fatality after another man died on Tuesday from wounds sustained on Monday.

The military council, which took over after overthrowing the long-ruling Bashir last month, blamed the violence on saboteurs unhappy with the transition deal.

"There are groups ambushing the revolution who were disturbed by the results reached today and are working to abort any agreement," it said in a statement late on Monday.

The opposition and military were meeting again on Tuesday to discuss two sticking points: the military-civilian balance of power in transitional bodies and the timeframe for elections.

Talks would wrap up on Wednesday, Youssef said.

The United States backed the opposition alliance in pinning the blame for Monday's chaos on the military for trying to remove roadblocks set up by protesters.

"The decision by security forces to escalate the use of force, including the unnecessary use of tear gas, led directly to the unacceptable violence later in the day that the TMC was unable to control," said the US Embassy in Khartoum.

One hospital in Khartoum said it received more than 60 wounded on Monday as well as three dead bodies.

Some arrived with gunshot wounds in the shoulder, chest and other body parts, Amar Abu Bakr, executive director of the Moalem Medical City Hospital, told Reuters.

"There are also a number of wounds resulting from sharp objects, and others from beatings by sticks," he said.

One wounded patient said a shooter was about 20 meters (22 yards) away when he took aim. "He shot at my chest ... he meant to kill me, not to scare or terrorize," said protester Raed Mubarak.