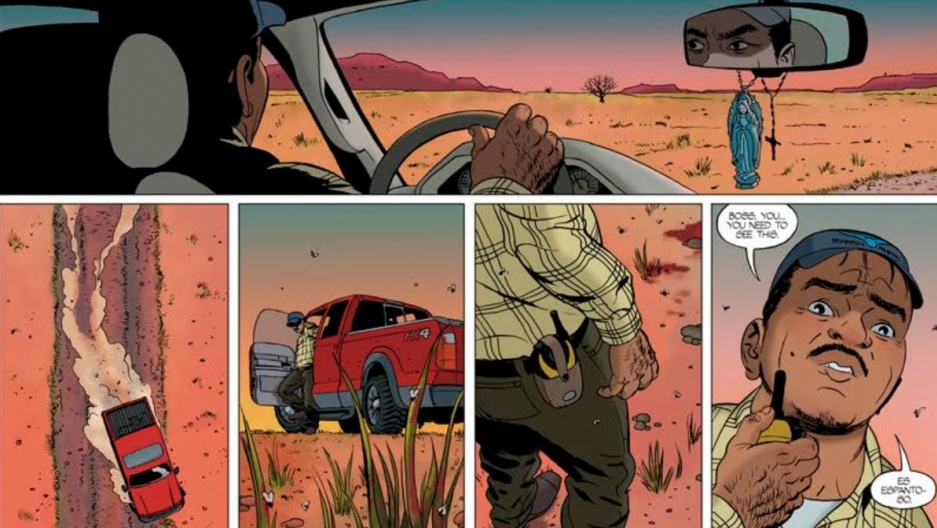 "Barrier," a bilingual comic book without translations, has exposed a political divide among its audience.

For the last few weeks, people everywhere have been obsessed with superheroes. "Avengers: Endgame" has grossed over a billion dollars.

“It was incredible,” Brian K. Vaughan said of the movie. “I love superheroes, but it's wild that superheroes, in particular, have become so mainstream.”

Vaughan said that’s because when he was young, comics were inexpensive and more about art. Vaughan was one of the people that made it more mainstream. He’s written comics that star Spider-Man, Captain America, Batman and the X-Men. His comic book series "Saga" is a huge hit, and there’s a movie in the works based on another series — "Y: The Last Man." For TV shows, Vaughan’s written for "Lost," "Buffy the Vampire Slayer" and Marvel’s "Runaways."

Related: El Peso Hero protects both sides of the border — from a comic book panel

But along the way Vaughan got restless. He had an idea to write a bilingual comic book series, with some characters speaking Spanish and some speaking English, without any translations. It’d be called "Barrier." 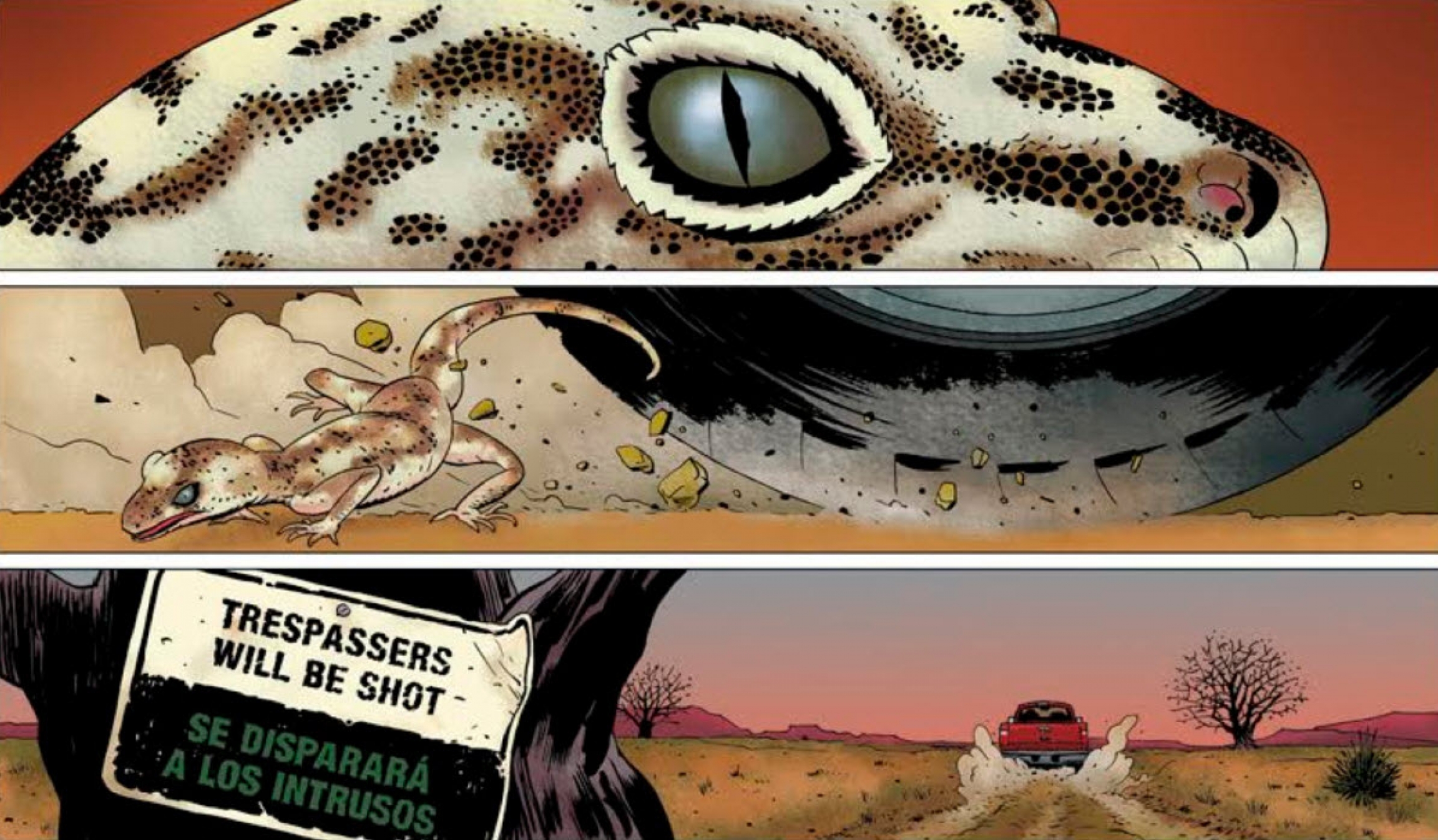 A page from the comic series "Barrier."

“It's about the literal barriers that we erect between each other, but also that language barrier and how vast that can be,” Vaughan said.

Related: African Avengers: The Comic Republic is creating a new world of superheroes

With that idea, Vaughan would chip away at an industry dominated by Marvel Entertainment and DC. Those companies make up 80% of the $1 billion comic book publishing business. In 2015, Vaughan released the "Barrier" series online — bypassing intermediary distributors — and offered readers a pay-what-you-like model. The international comics scene had some new competition.

“The biggest appeal to me was probably [that] we're gonna be able to alienate all the readers now,” said Marcos Martín, who illustrated the "Barrier" comic book series. “Having them speaking in their own languages was one of the best ways for the reader to understand that [alienation] feeling.”

Related: Captain America is a Sikh. You got a problem with that?

Martín is a veteran of superhero comics like "Batgirl" and "Daredevil," and drew the "Barrier" stories in much the same style. He and Vaughan published them independently with their company, Panel Syndicate. Martín said at the time they didn’t think much about the politics of immigration. 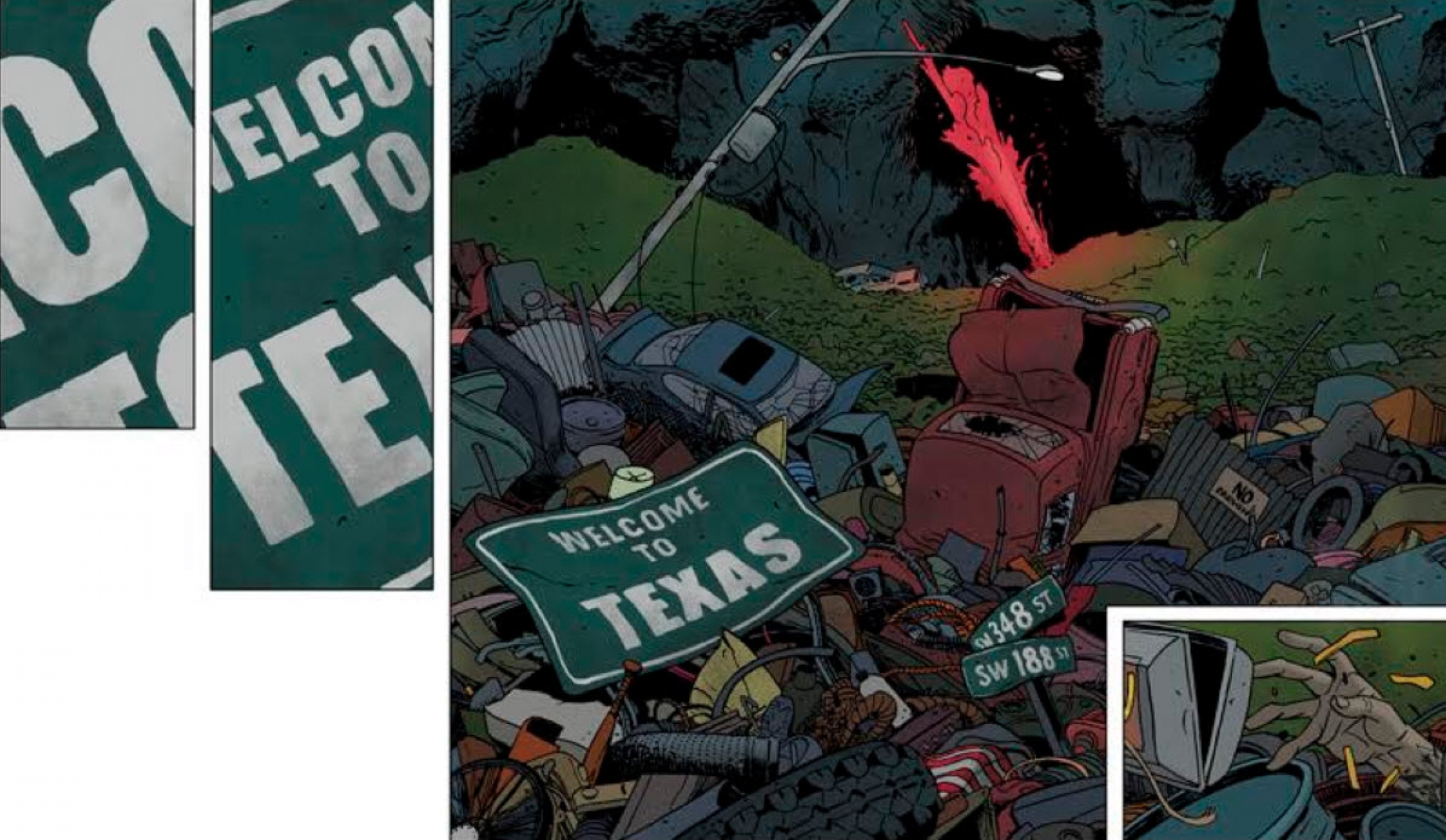 “Donald Trump hadn’t even been elected yet,” Martín said. “It wasn't, I think, as much a hot topic as it's become in the last couple of years or the last year even.”

In the first book of the "Barrier" series, US Border patrol officers descend on a caravan of migrants. A teenager from Honduras flees. He finds himself on a ranch, facing a lone American woman — a widow with a shotgun. She yells at him in English and points the gun. He tries to explain in Spanish, and they don’t understand each other. It looks like there’s going to be an ugly confrontation.

And then … wait for it … the aliens arrive. They’re both abducted.

“Once these people are on a spaceship we realize they have so much in common — more than anyone else in this section of the cosmos they've been dragged to,” Vaughan said.

There’s a long tradition of comic books taking on political issues, said Rob Salkowitz, an author and comic book industry analyst. Superman, after all, was an immigrant.

Related: Would Superman be a DACA recipient?

“At least since the 1960s there's been an alternative strain of comics that is creator-owned that is willing to take risks,” Salkowitz said. “That doesn't always make a lot of money.”

But "Barrier" has been so successful it was published, and this spring it was reissued as a collected edition.

“When Brian Vaughan puts out a book, it's not just some guy is doing his comic and I hope you read it,” Salkowitz said. “It's, you know, somebody that that has built up a fan following over decades that are interested to see what his new project is gonna be just because it's his new project.”

That also means, though, that Vaughan has to deal with all the feedback.

“Comic fans have been among the most vocal people on digital media from the very beginning,” he said. “So, wherever there is a forum for comic fans, they'll go out and they'll pound the table and express their views about stuff. And the way that particularly Twitter shakes out right now — it just accelerates that.”

Some people get what Vaughan and Martín were trying to do. Vaughan said others are mad that the books are written in a language they don’t understand.

“When confronted with another language, it drives a lot of people crazy,” Vaughan said. “I guess I didn’t understand when I first released it exactly how political this story was going to be.”

The angriest complaints came from North America, he said.

“I think they were the people most expecting a sort of more conventional comic experience,” he said. “But everyone else I think was largely open to something new.”

Vaughan said that the global audience has made "Barrier" the biggest success of his career. To him, that means comic book readers are interested in more than just superheroes.