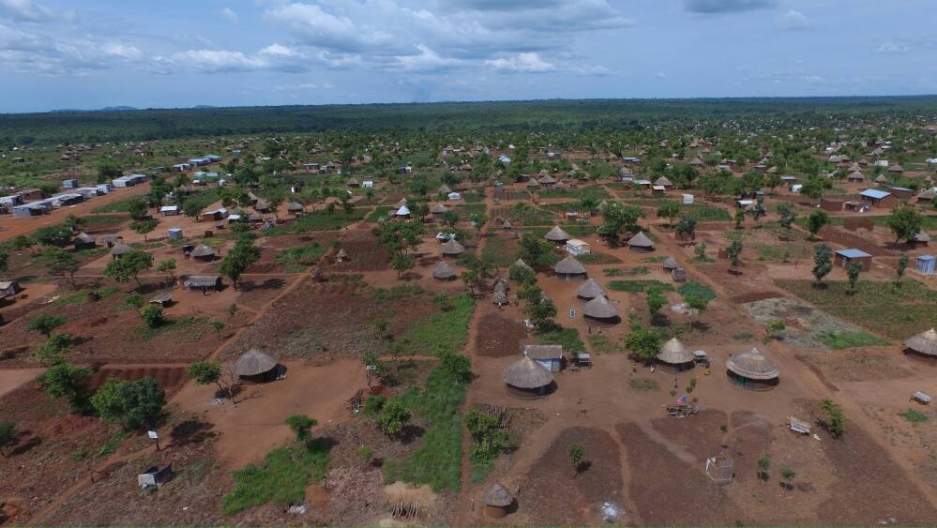 An aerial view of Bidi Bidi refugee camp in Uganda.

In Uganda’s Bidi Bidi refugee camp, progressive policies allow local residents and refugees to live, farm and work freely together, fostering the growth of small businesses and infrastructure. The goal: to build a future city that can endure long beyond the refugees’ eventual return home.

Bidi Bidi currently houses roughly a quarter million South Sudanese who fled civil war in their country. Until recently, it was the largest refugee camp in the world.

“When refugees started coming over the border with Uganda in late 2016, they were more or less entering a forest ... that had to be immediately adapted to fit the tens of thousands of people who were coming to stay,” says Nina Strochlic, who recently traveled to Bidi Bidi for National Geographic. “So, they ended up clearing acres and acres of land, and the first thing they did was make 250 miles of roads going through.”

Bidi Bidi doesn't feel like a refugee camp. Instead, of rows of white tents and other temporary-looking structures typical of most camps, Bidi Bidi has solidly built, small huts with thatched roofs...

Now, Bidi Bidi doesn't feel like a refugee camp. Instead, of rows of white tents and other temporary-looking structures typical of most camps, Bidi Bidi has solidly built, small huts with thatched roofs like those found all across East Africa. Around the dwellings are small areas of land that people farm.

Every month, South Sudanese refugees get corn, oil and the basic staples they need to survive, but it's not enough for a family, Strochlic explains. So, in Bidi Bidi, everyone has been given plots of land on which they build family-style clusters of homes, with room to grow their own food — fruits and vegetables; peanuts to make peanut butter they can sell; sunflowers to make oil; and more. Each family also has a second area of land, outside of the camp center, where they can grow more things and use agriculture as a job and way to survive.

In a region facing many challenges, international aid groups and Ugandan officials implemented another novel practice to make sure that an influx of hundreds of thousands of people wouldn’t create tensions with local populations, Strochlic says. To ensure that locals would feel that the refugees were not taking resources that might have been available for them, they earmarked 30% of all international funding to go toward local amenities.

“What that means on the ground, for example, is if a school is built, they're hoping to get 30% of those students as local students, 70% refugees,” Strochlic explains. “If a health center is built, they want 30% of the resources from that to go to local communities, so that it's more of a shared benefit and it doesn't feel like the government and the international community only care about the refugee population and doesn't care about normal Ugandans.”

“...It doesn't serve anyone to stick a bunch of people in a remote area, having them live on food rations and in tents and unable to work, unable to do anything to help themselves for, it could be, decades.

These ideas grew out of the United Nation’s 2016 Comprehensive Refugee Response Framework, which aimed to get host populations to incorporate refugees into their economy. Experience has taught that “it doesn't serve anyone to stick a bunch of people in a remote area, having them live on food rations and in tents and unable to work, unable to do anything to help themselves for, it could be, decades,” Strochlic says.

Instead, schools, health centers and other infrastructure are being built for permanence. While there are still some temporary structures, the camp mainly consists of brick-and-mortar buildings. “The hope is that, regardless of how long the refugees stay there, those buildings will last and they'll serve the local population for years to come,” Strochlic explains. 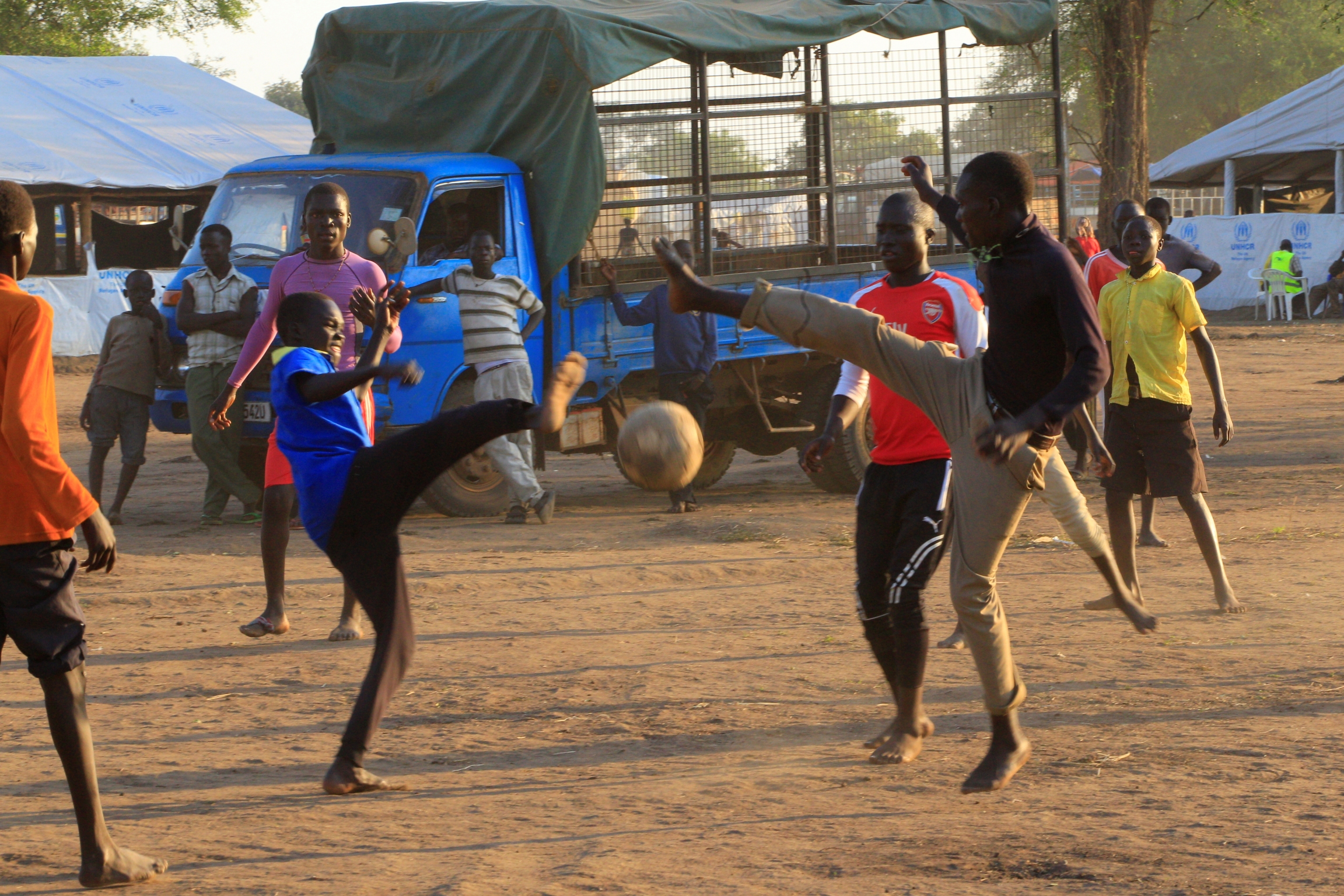 A small-scale economy has begun to flourish in the camp. All kinds of businesses have popped up: Small snack and produce stands, used clothing markets, seamstresses, and TV halls around the camp where people can pay a small amount of money and watch Nigerian movies or soccer games. “There are places where people will just relax and, like we would anywhere in the world, play pool or dominoes or get their hair cut,” Strochlic notes.

Locals can also come into the camp. They can use the health clinic to get medical attention. They can send their kids to school if they live right next to one of the camp zones. And the camp also provides potential markets for commerce.

“Local Ugandans are definitely seeing the benefits of having a quarter million new people moving into the north, but I wouldn't say they're overjoyed at it."

“Local Ugandans are definitely seeing the benefits of having a quarter million new people moving into the north, but I wouldn't say they're overjoyed at it,” Strochlic adds. “I think that's what makes the efforts of the Ugandan government to ensure that there's a shared benefit for both locals and refugees really important because without that dialogue going on, tensions can arise. And that's where conflict becomes possible, as well."

Related: Uganda has been a welcoming place for South Sudan's refugees

Above all, Strochlic says, Bidi Bidi shows that if refugees are given the opportunity, they will do everything they can to become self-sufficient. In the end, that can benefit society as a whole.

“[W]e’ve existed for hundreds of years in this sort of mindset that refugees are just to be temporarily held and then returned as quickly as possible to the country where they came from. But that almost never happens,” Strochlic says. “Statistics show that refugees stay in exile for 10 years on average now, and certainly with some of the wars that we're seeing in the world, that could be a lot longer. Trying to change that mindset is something that’s really on the table now on the international level and I think that in the US we could be looking at that, as well.”