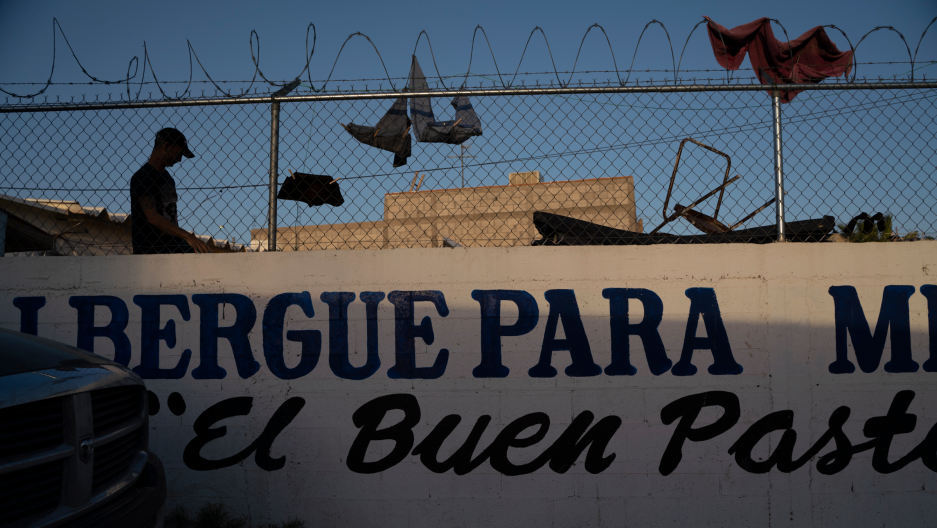 A migrant shelter run by a Methodist church in Ciudad Juárez, Mexico, is currently housing three times its capacity.

Last month, Blanca, who asked not to use her full name because of security concerns, reached the US border. She had three young teenagers with her — her niece’s kids, who she had raised for years in Guatemala while her niece worked in Los Angeles.

The plan was to meet her niece in California and reunite the family. But why leave Guatemala now?

“Where I live, there is a lot of violence. It’s just getting worse,” she said.

She said a gang recently entered her home and robbed the family. She also worried that the same violent gang would soon force recruit the young teenager she cared for.

Yet when Blanca, 64, and the kids reached El Paso, Texas, and asked for asylum, she was surprised at what happened next. She said the kids were taken to another holding area, away from her. Then, after several days in a holding cell at the border, Blanca was sent back to Mexico.

She cannot speak about the separation without weeping.

“I raised them as if they were my own,” she said.

She was told by her niece in California that the children remain in a government-run shelter in the US.

Blanca is on a different track now, part of a new US policy for some asylum-seekers called the Migration Protection Protocols (MPP), also known as the “remain in Mexico” policy.

It forces some migrants to remain in Mexico as their asylum cases play out in US courts. It was launched in January at the Tijuana, Mexico-San Diego port of entry and has since expanded, notably, to include migrants approaching the El Paso-Ciudad Juárez crossing. 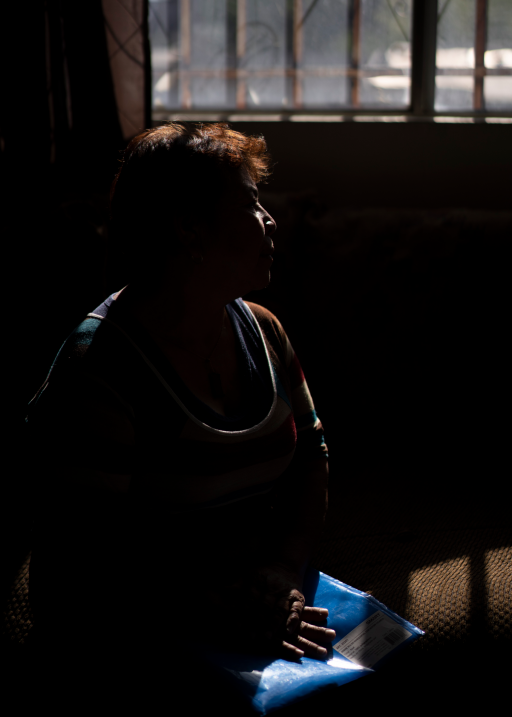 Blanca, a woman from Guatemala who asked that her full name not be used, is seeking asylum in the US, but must remain in Mexico to await her court hearing in El Paso. She holds the documents given to her by US immigration officials at a shelter where she is staying in Ciudad Juárez.

For Blanca, MPP works like this: She was returned to Mexico, to Juárez, just across the border from El Paso. When it is time to see an immigration judge in El Paso, she will be escorted by US officials to the courthouse, then escorted back to Mexico once the hearing is done. The back-and-forth may continue until her asylum case is decided, which could take months or longer.

A coalition of legal advocates, including the American Civil Liberties Union, are suing to stop the policy. Judges agreed to halt the policy in April, but on May 7 granted the government's request to continue returning migrants while an appeal is in process.

"The plaintiffs fear substantial injury upon return to Mexico, but the likelihood of harm is reduced somewhat by the Mexican government's commitment to honor its international law obligations and to grant humanitarian status and work permits to individuals returned under MPP,” the judges wrote in their decision to allow the policy to remain active.

There will be a full panel hearing at the Ninth Circuit in the near future.

The US government says forcing asylum-seekers like Blanca to remain in Mexico is necessary as the number of migrants approaching the border spikes.

In March, Kevin McAleenan, then-Customs and Border Protection commissioner (now the acting secretary of Homeland Security) told a US Senate hearing that MPP allowed the government to “increase access to court proceedings ... and process more people because we don't have to hold them in the limited space available at the port or in ICE facilities,” referring to detention centers overseen by the US Immigration and Customs Enforcement.

Human rights advocates blast the “Remain in Mexico” policy, arguing that limited detention space is not a reason to keep people in Mexico. They point to alternatives to detention, which allow asylum-seekers into the US, perhaps with ankle monitors, to live outside of a jail-like setting while they build their asylum case.

At the Senate hearing, McAleenan also said the new policy will weed out sham asylum claims.

“It’s going to be a much more expeditious process to get an immigration court resolved and ideally grant asylum to those who have meritorious claims and create a process of integrity for those who don’t,” McAleenan said.

Immigration rights advocates say the policy keeps people far from lawyers, in another country, and damages their chances of making an asylum case, said Taylor Levy, an immigration attorney in El Paso who has worked with migrants in the MPP program.

Levy also says “remain in Mexico” puts migrants in danger. She has met families who experienced violence while waiting for their court hearing.

“It was two fathers and their wives,” Levy said. “Both wives were pregnant and the two fathers had been kidnapped the day before their court hearing.  [They were] beaten, tied up, interrogated, threatened for many, many hours before they were eventually able to escape. One of them had a broken finger. He had a bloody head wound. The other father, I saw on his own wrists where he had the ligature marks from being tied up and the bruises on his back.”

The fathers told Levy they were robbed at gunpoint as they left a shelter.

Many of the shelters where migrants are housed in Juárez are in areas of the city where criminal groups have a heavy presence and migrants are seen as easy targets.

In Juárez, Blanca is staying at a Methodist church shelter. She said she never leaves the premises. Not ever. Blanca said shootouts are common in the surrounding neighborhood.

It is barebones, but safe inside, with lots of kids running around a small courtyard and playing with donated toys. 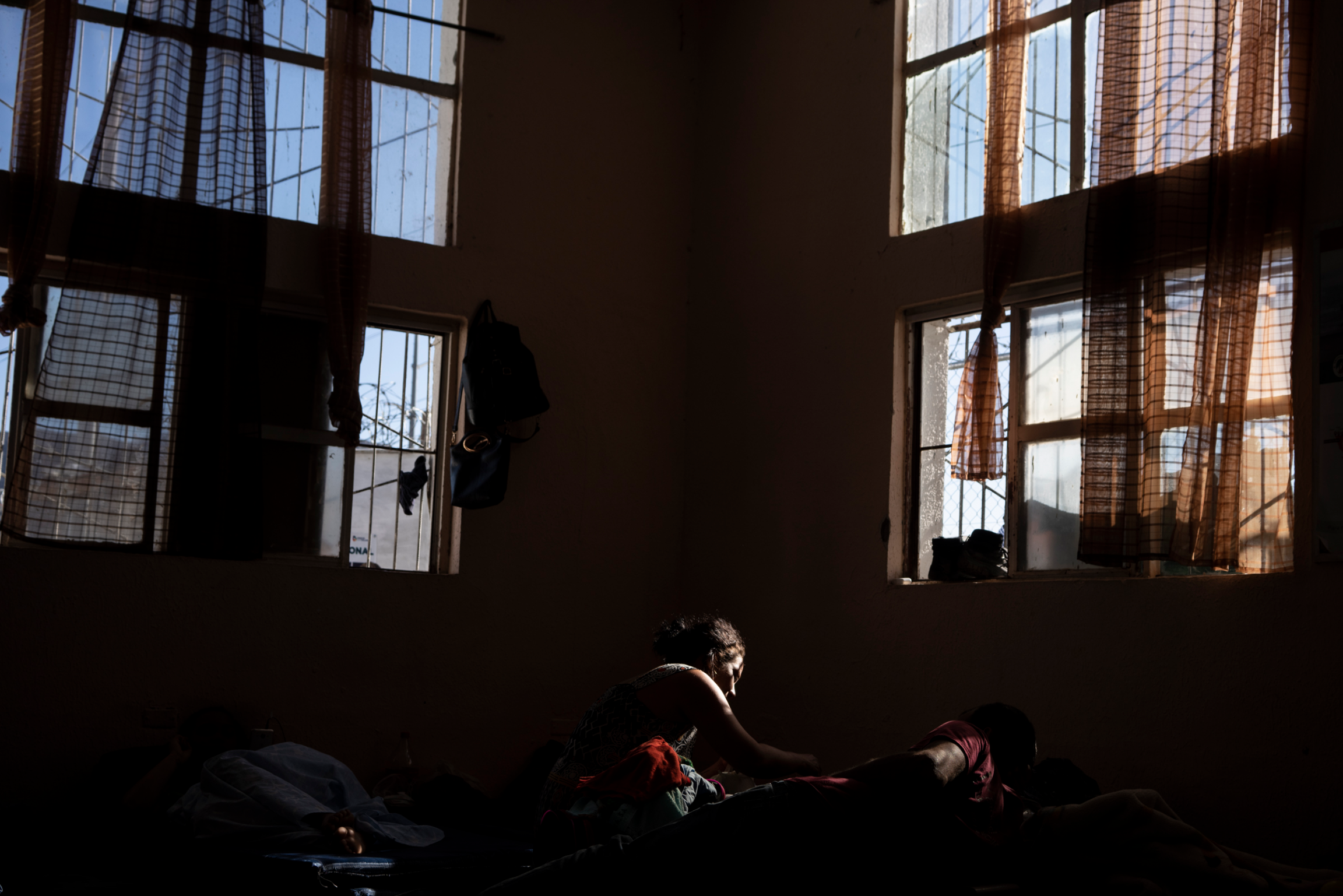 Families with young children are a common sight at migrant shelters in Ciudad Juárez, Mexico, as the demographic shift of migrants heading to the US has changed from mostly single men from Mexico to families from Central America and other parts of Latin America.

None of these security concerns are new in Juárez. The US State Department’s website warns of violence and gang activity here. US government employees in Juárez are limited to where they can travel in the city.

In the meantime, the shelter is overflowing. Families, many with toddlers, sleep on cots and between the pews. 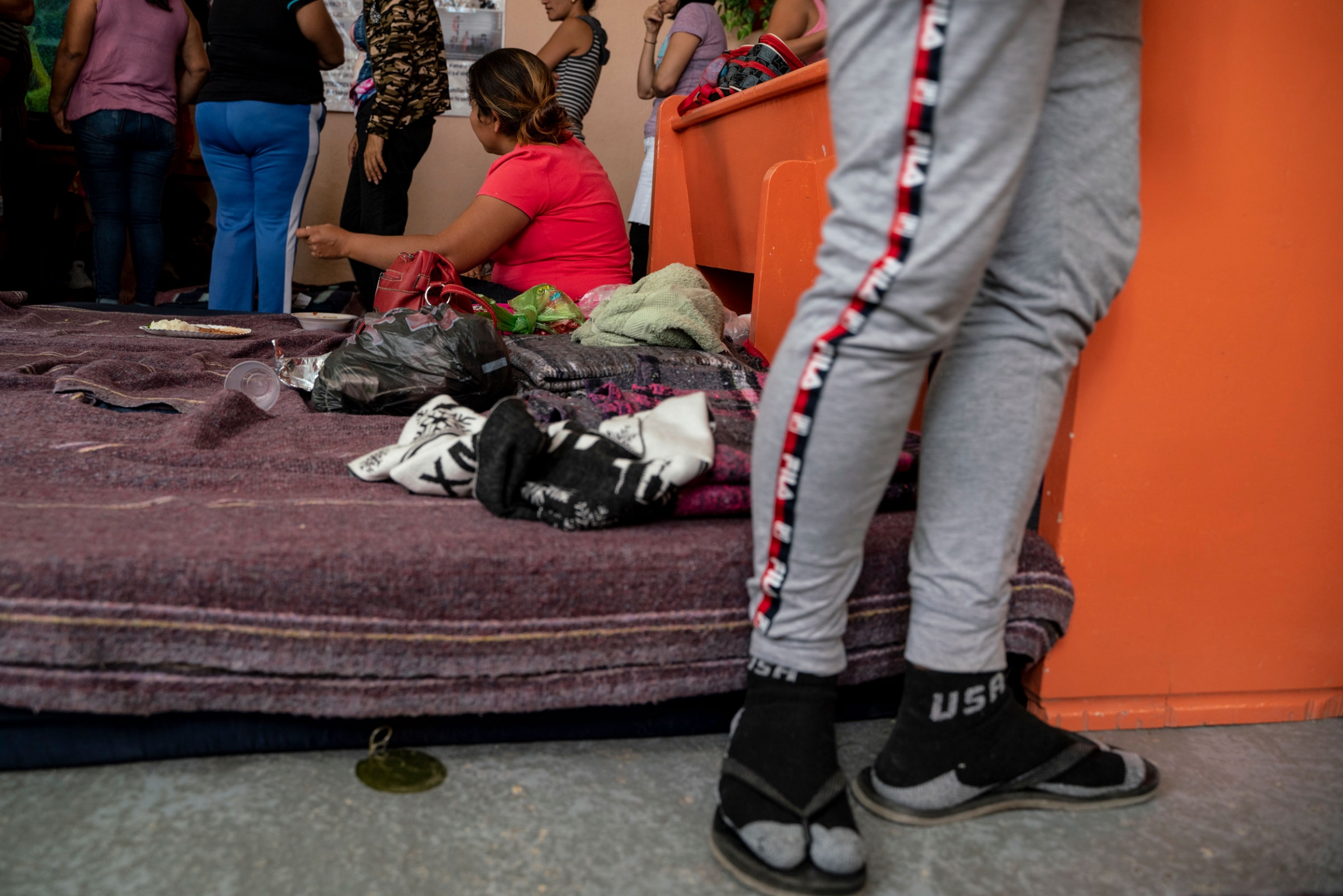 Migrant shelters are overflowing in Ciudad Juárez, Mexico, as Central Americans, but also Cubans and migrants from far-flung parts of the world, arrive to the border city in hopes of entering the United States.

The shelter manager said they cannot accommodate most people for longer than one-month stays.

“We are triple capacity right now as it is,” said pastor Juan Fierro García.

While he spoke, a group of men covered in white plaster dust worked across the street to convert a small building into sleeping quarters for migrants.

“This is mass migration and I don’t expect it to stop,” Fierro said.

Later in the day, Blanca considered her options. Her court date is May 9. It will be one of several hearings — if she sticks with the long and complicated process. Her big worry: Where can she stay in Mexico for such a long time?

She is unsure she can wait out the court process in Mexico. She’s also heard that if migrants lose their US asylum case, “they send us to prison,” she said. That isn’t true.

Blanca could try and cross the border undetected, which is not easy or certain, but some migrants at the shelter were considering it. Or, she may return to Guatemala, but she is unsure how — she has no cash.

For now, Blanca will wait and see how court goes this week and then decide.