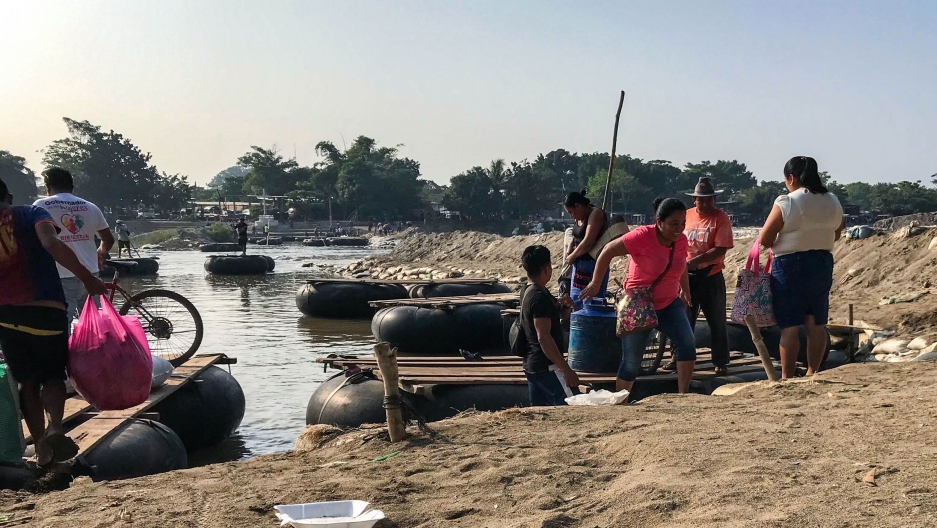 A crossing along the Suchiate River near the border cities of Suchiate, Mexico, and Tecún Umán, Guatemala.

On most days, the official bridge crossing between the border cities of Suchiate, Mexico, and Tecún Umán, Guatemala, is unoccupied and unremarkable: A few dozen people walk across every hour, with immigration officials checking documents as they cross from one country to another.

The river that crosses underneath, the Suchiate River, regularly serves a higher volume of people who also want to cross the border. Just upstream from the bridge, there is an unofficial crossing with no government officials in sight.

Starting before sunrise and continuing past nightfall, men push rafts of two-by-fours floating on inner tubes across the river. They carry merchandise — from Coca-Cola bottles to sacks of grain to washing machines — that local business people buy in one country and sell for a profit in the other. They also carry commuters and shoppers who want to take advantage of lower prices just a five-minute raft ride away.

The free passage between Mexico and Guatemala is a way of life along this border, similar to how it once was between the US and Mexico.

The economies of these towns — dependent on each other and on the relatively easy crossing across the Suchiate River — show how the free passage between Mexico and Guatemala is a way of life along this border, similar to how it once was between the US and Mexico. 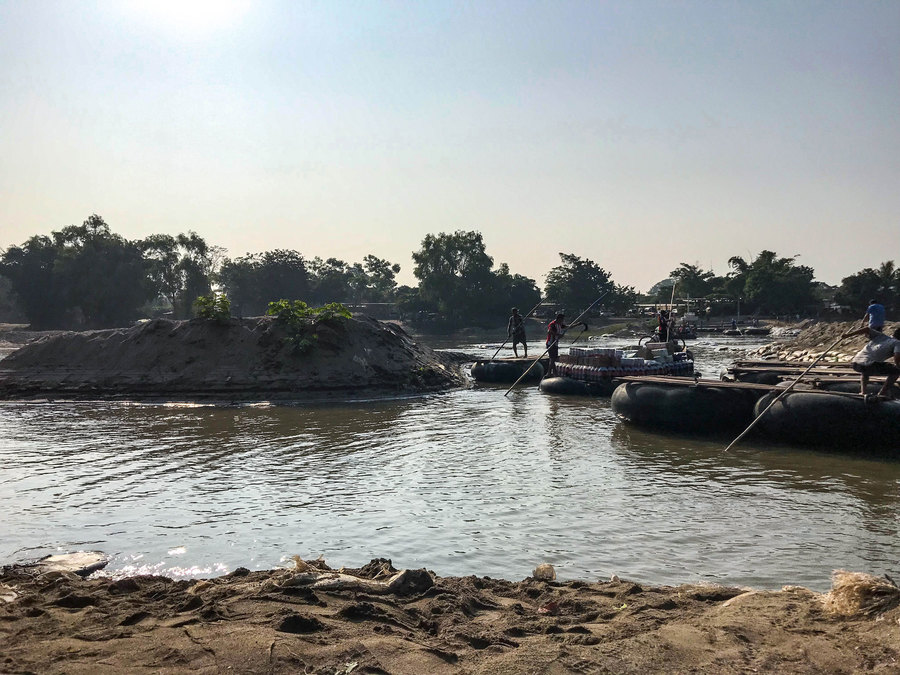 Starting before sunrise and continuing past nightfall, men push rafts of two-by-fours floating on inner tubes across the Suchiate River near the border cities of Suchiate, Mexico, and Tecún Umán, Guatemala.

“In this town, we only have restaurants, bars and brothels,” said María Villatoro, a restaurant owner on the Mexican side of the river. “We depend on Guatemalan shoppers. If they don’t cross, we don’t sell.”

Suchiate Mayor Sonia Eloina Hernández-Aguilar confirms retail represents the highest source of income for the municipality, which has a population of about 35,000. The surrounding state of Chiapas has Mexico’s lowest per capita income, and its primary economic sector is agriculture.

In Suchiate, a retail economy has formed around Guatemalan shoppers, from the men who charge about $1.25 for river crossings, to informal restaurants and bars along the rivers, to a handful of small department stores near the town center. Hernández-Aguilar, in a nod to Guatemalan shoppers and the so-called caravans of migrants that began crossing into Suchiate shortly after she took office last October, began calling her city “The Door to Mexico.”

“Definitely,” she said. “Here in Suchiate, The Door to Mexico, we don’t have any factories that generate employment.” 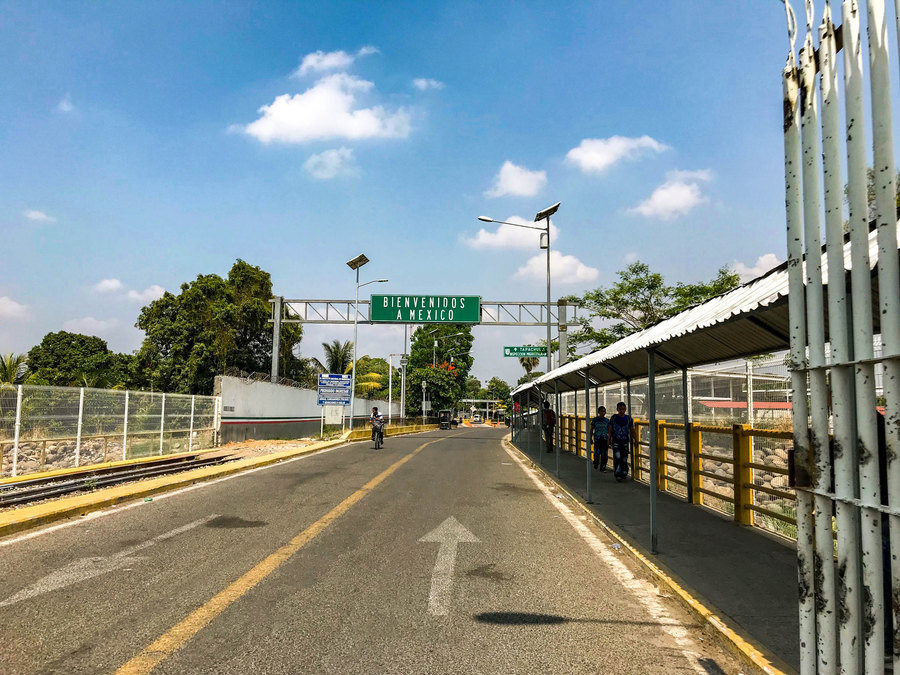 An official entry point from Guatemala into the municipality of Suchiate in the Mexican state of Chiapas.

Hernández-Aguilar says she’s been lobbying for state and federal support to build a new hospital, which would provide medical care that residents otherwise seek 45 minutes north in the city of Tapachula. Giving food or medical care to migrants — some enter across the official bridge crossing, many more across the informal river crossing — is something the city is not equipped to do.

“We don’t have the resources,” she said.

Hernández-Aguilar hopes federal immigration officials will step in, she said.

She’d like to see parks or some kind of infrastructure to help serve migrants, she said.

For now, immigration officials are apprehending thousands at different points near the border and holding them in camps 20 miles away. Meanwhile, the river here remains virtually open for crossing.