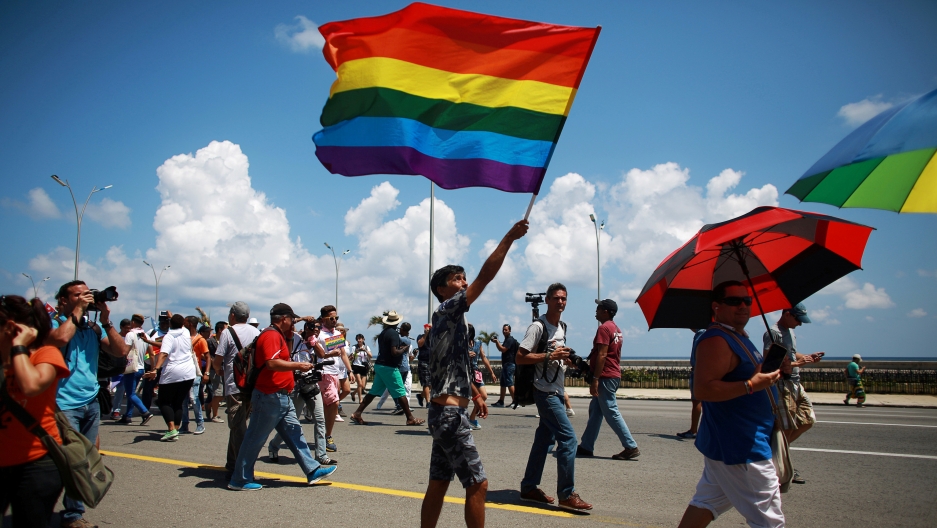 Gay rights activists get together before the Annual March against Homophobia and Transphobia in Havana, May 14, 2016. The government canceled this year's march.

Cuban gay rights activists denounced the government's decision to cancel this year's parade against homophobia, accusing it of snatching away their main platform at a key moment as the Caribbean nation is set to debate legalizing same-sex marriage.

The state-run National Center for Sex Education (CENESEX), which has spearheaded advances in LGBTQ rights in recent years, announced on Monday it would not hold its 12th annual conga.

CENESEX, which is headed by Mariela Castro, the daughter of Communist Party leader Raúl Castro, said international and regional tensions meant the parade could not be carried out successfully. It did not offer further details, leaving Cubans to speculate the cause — from the country's cash crunch to its siege by the Trump administration.

Related: Once a prisoner in Cuba, a transgender Cuban woman vows to never return

"We thought the conga ... was already approved and consecrated — an error," playwright and LGBTQ activist Norge Espinosa said in a Facebook post. "To not permit it is a sign that compels us to return to the closet, to know we are not welcome, that hope can be undone, if we do not have what is needed to fight."

Cuba's government has long tightly controlled public spaces and allowed few marches other than to express support for the government. Havana says it faces attempts by dissidents, directed by its old Cold War foe the United States, to undermine it.

The conga in Havana was an exception that had become a regular occurrence.

Related: Post-Fidel Castro Cuba isn't that different from before

Despite its having sent gays to work camps in the early days of Fidel Castro's 1959 revolution, Cuba has become a regional leader in LGBTQ rights in recent years, particularly in the Caribbean where some countries still have anti-sodomy laws. It guarantees rights such as free sex-reassignment surgeries, although it has delayed a decision on others like gay marriage.

Some LGBTQ activists are seeking to organize an alternative event on Saturday, when the conga was scheduled to take place.

"Let us march for our rights," Yadiel Cepero wrote on a Facebook event page he created — although it seems unlikely the government would allow an unauthorized march to go ahead.

Some activists speculated that the government canceled the conga because it did not want to allow a public forum that could be diverted to criticize it at a moment when it was facing rising political hostility from the Trump administration.

Many believe the decision was also motivated by the popular backlash last year against the government's proposal of including a change in the new constitution that would have opened the door to gay marriage.

In a rare non-state Cuban campaign, evangelist churches attacked the proposal, which eventually was removed from the new constitution.

"One of the most likely reasons is perhaps that they are once more ceding to pressure from religious fundamentalism that has shown itself to be quite active recently," said activist Isbel Díaz Torres. 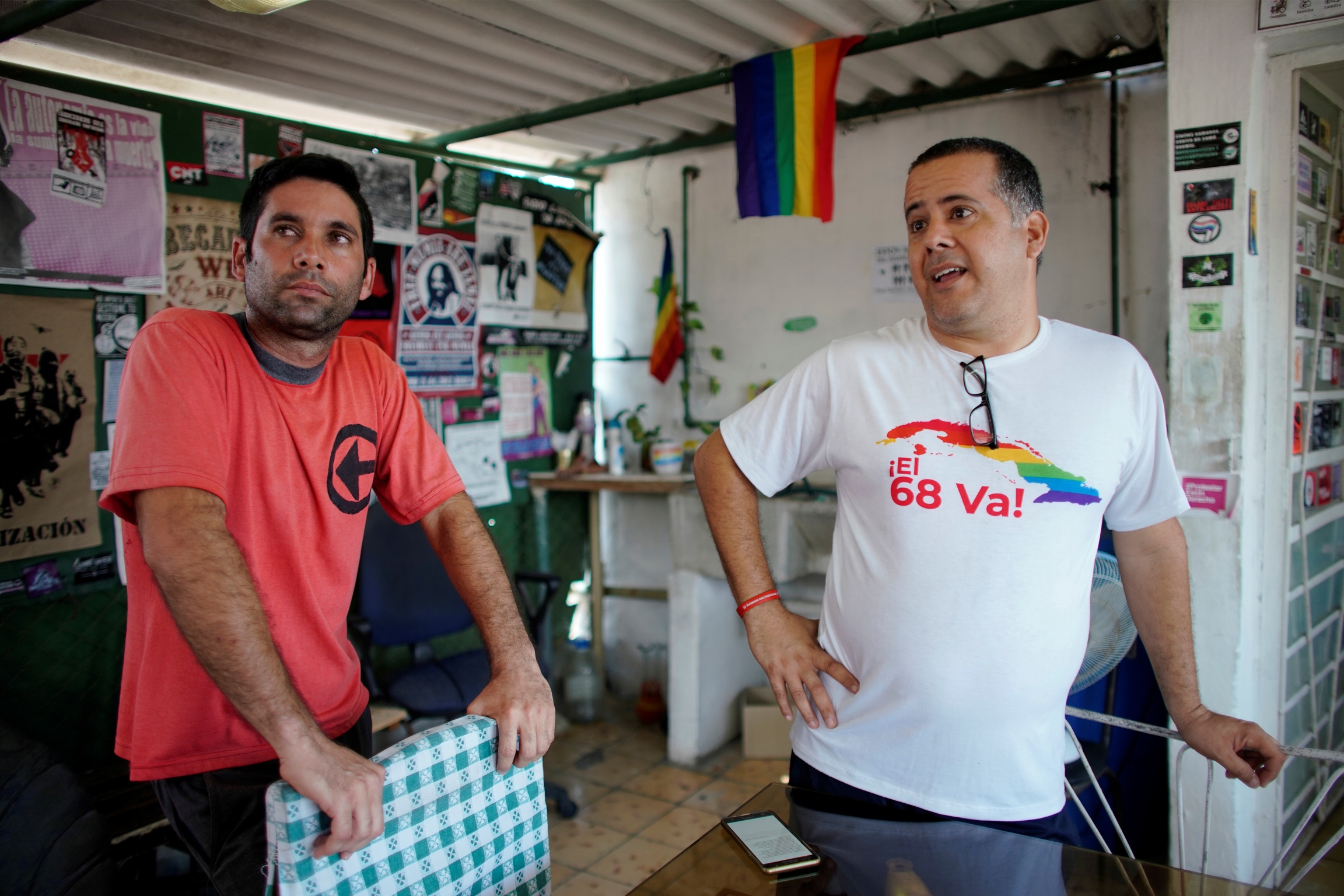 The government deferred the decision about same-sex marriage to the update of the family code, to be decided on by referendum in the next two years.

Activists say that means they have to work fast on changing views on the LGBTQ community, although that is difficult when they already cannot mobilize themselves independently of CENESEX and now cannot participate in the parade either.

Sarah Marsh and Anett Rios of Reuters reported from Havana.