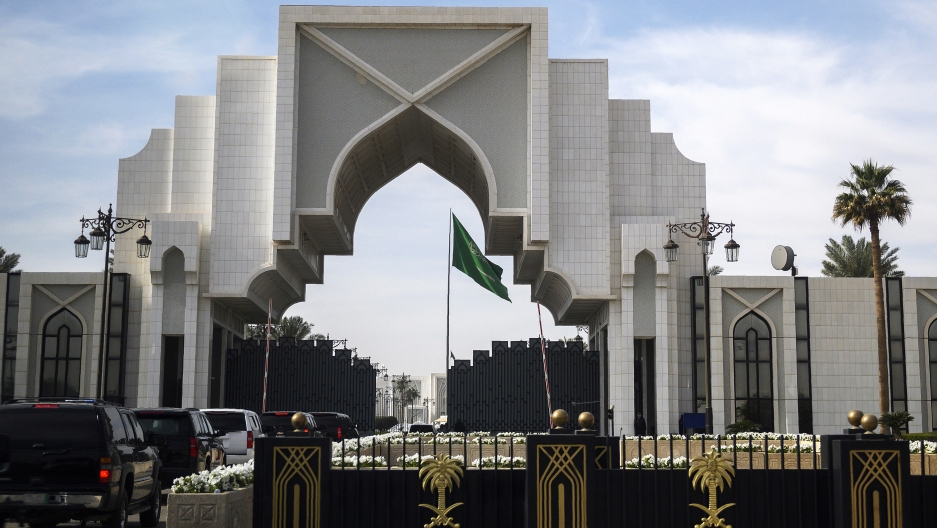 In 2012, Mujtaba al-Sweikat was about to board a flight from the Saudi capital, Riyadh, to the US.

He was going to visit Western Michigan University, where he planned to study finance and English.

But the 17-year-old never caught the flight to Michigan. Security officials arrested him and took him away.

Last week, he was executed along with 36 other men.

According to Human Rights Watch, "at least 33 of the 37 were from the country’s minority Shia community and had been convicted following unfair trials for various alleged crimes, including protest-related offenses, espionage, and terrorism."

"They received the hardest punishment under Islamic law," explained Ahmed Benchemsi, advocacy and communications director for Human Rights Watch. "[That includes] beheading and displaying of the corpse of the beheaded."

In a statement given via email, the Saudi consulate in Washington, DC, said that all of the men "had their day in court and were found guilty of very serious violent crimes.”

Pleading to the Trump administration

As the news of Sweikat reverberated across the Western Michigan University campus last week, students tried to come to terms with what happened.

"When I heard what happened, I was in a shock and I couldn’t believe it. Our school is in a big shock," said Ali Tinai, a student at Western Michigan University and head of the College Democrats.

"I was calling on President Trump as a voice for thousands of people in my area who wanted to see [Sweikat’s] safe return," Hoadley said.

It’s unclear if the Trump administration brought up the case with the Saudis. But in a request for comment about the recent executions, a State Department spokesperson emailed a statement that said, in part: "As Secretary [Mike] Pompeo has said, he has spoken to the senior Saudi leadership from the King down about every instance where we’ve found human rights abuses, wrongful detentions, or even the fact that we believe some or one of those events may have occurred. In every conversation, we continue to do that. We call on all governments to ensure that no death penalty is imposed in any case involving a defendant who was a minor at the time of the arrest or alleged crime."

Hoadley, though, believes the US should have done more for Sweikat.

"Hearing the news of the beheading and the execution was just a punch in the gut. This was not an act that had to happen. And it sends a message across the globe that we are falling behind on human rights."

"Hearing the news of the beheading and the execution was just a punch in the gut," he said. "This was not an act that had to happen. And it sends a message across the globe that we are falling behind on human rights."

And while the news of the mass executions last week shocked many, for Abdullah Alaoudh, the despair rises to another level.

Alaoudh’s father is currently in prison in Saudi Arabia. He’s been sentenced to death. So, any news of execution sends his heart racing.

"It worries me, and it worries a lot of people in Saudi Arabia," he said.

Alaoudh’s father is a prominent Saudi cleric called Salman al-Odah (he uses a different spelling for his last name). Before he was arrested in 2017, he had a considerable social media following. "He was followed by so many millions on Facebook," Alaoudh said. "He was followed on Snapchat and also on Twitter. He was followed on Twitter alone by almost 14 million people, which is double than the king!"

According to his son, Odah preached about human rights, equality and Islamic values. And that there were some aspects of his speeches that the Crown Prince Mohammed Bin Salman al-Saud liked, Alaoudh says. For example, after he criticized extremism, he was invited to go on state TV.

Then, in 2017, he apparently crossed the line. He posted a tweet about Qatar — the Persian Gulf country that has tense relations with the Saudi government.

"May Allah mend their hearts for the best of their peoples,” he tweeted, according to Alaoudh.

A few hours later, security forces showed up at his home in Riyadh and took him away.

"For five or six months, we didn’t know if he was alive or dead," Alaoudh said.

Last September, the courts brought 37 charges against him, Alaoudh explained.

Related: Saudi Arabia loosened some of its strict social rules, but intimidation of activists continues

"Including mocking the government’s achievements, calling to change the system into a constitutional monarchy, possessing some books that are banned."

Fearing for his own safety, Alaoudh moved to Washington, DC. When asked if he has reached out to American officials about his father and if they have discussed his case with the Saudi government, Alaoudh said he prefers not to say. But he points out that the recent executions in Saudi Arabia should be a lesson for the Trump administration and its unwavering support for the crown prince, also known by his initials, MBS.

"He may be running the kingdom right now, but he is an unstable person who waged war against a neighboring country, blockaded another country, cut ties with Canada over a tweet, put a prime minister of a foreign country, [Lebanese Prime Minister Saad] al-Hariri, under house arrest. He did all these atrocities in the region."

"He may be running the kingdom right now, but he is an unstable person who waged war against a neighboring country, blockaded another country, cut ties with Canada over a tweet, put a prime minister of a foreign country, [Lebanese Prime Minister Saad] al-Hariri, under house arrest. He did all these atrocities in the region. So, if you care about the region, let alone if you care about human rights, you should care about not putting all the eggs in the basket of MBS," Alaoudh said.

Alaoudh says he understands that when it comes to dealing with Saudi Arabia, the United States puts its own financial and political interests first.

But, he adds, it’s also in the US' interest to build bridges with the Saudi people.