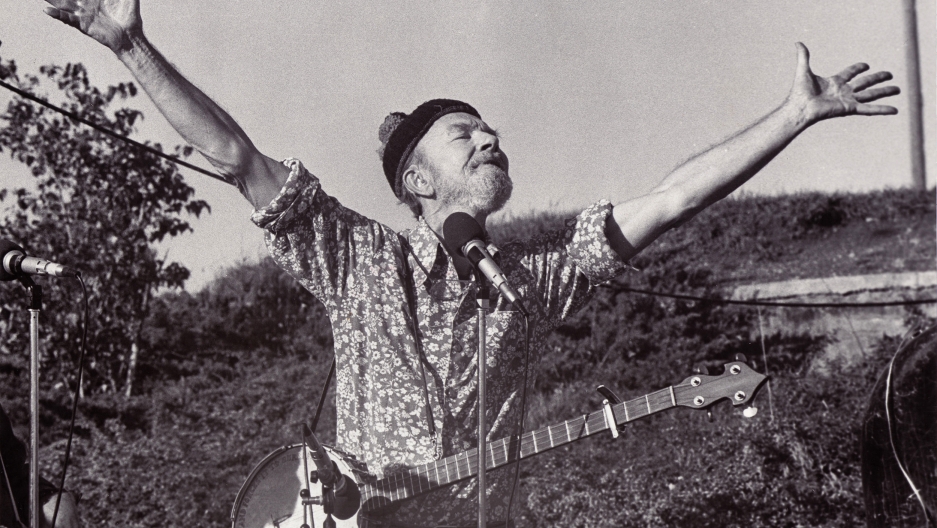 Pete Seeger was a giant, and barely a singer-songwriter has touched a guitar who doesn't owe him a musical debt. He would’ve turned 100 on May 3.

Seeger died in 2010. Four years earlier, Kurt Andersen went to his home — a house he built himself on the Hudson River in Beacon, New York. They talked about "This Land Is Your Land." The song was written by Woody Guthrie, but it was Seeger who made it one of the most popular songs in America and an anthem for social justice around the world.

Seeger remembered touring colleges in the 1950s and ’60s — he called those gigs “the most important work of my life,” teaching a generation how to pick up a guitar and speak its mind. "I look upon this whole country,” he told Kurt, “I've got not hundreds but thousands, maybe tens of thousands, of grandchildren and great grandchildren. People who got the idea, 'Hey, you can say something with a song instead of a speech.'"