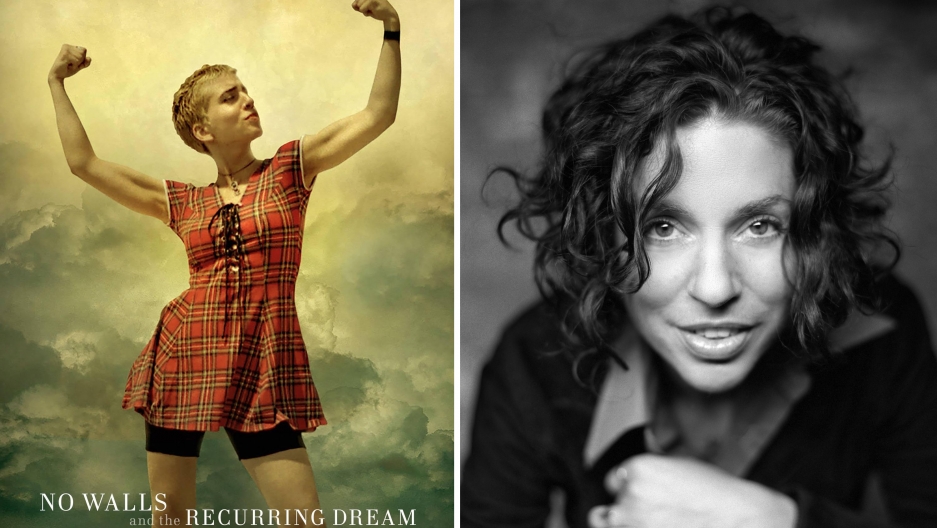 “No Walls and the Recurring Dream,” a new memoir by Ani DiFranco.

Ani DiFranco was just 19 years old when she started her own record label, Righteous Babe Records.

It was just a means to distribute her own music on her own terms, at first. "It was just on cassette in 1990,” DiFranco says. “And from that moment on, people came and found me. I was playing in cafes and coffee houses and student union cafeteria halls, but somehow even way back in the day there would be at least one or two or five people, mostly young women, who would come far to connect with the person who had made that tape. I started to find my tribe.”

Over the course of the ’90s, as DiFranco traversed first the country and then the globe, her audience out on the road and her business back at home in Buffalo, New York, grew. Her music and honest, sometimes brutal, lyrics that spoke to women’s nuanced and complicated lives in a world run by men hit to the core for her fans. These fans would become DiFranco’s tribe, yes, but some of them would grow more hungry and demanding of not only DiFranco the performer, but of DiFranco the person as well.

“The thing about fanatics is,” DiFranco writes in her memoir “No Walls and the Recurring Dream,” “it’s often the ones that love you the most that will turn and stick a knife right through you when you piss them off or disappoint them in some way.”

DiFranco shares the sometimes complicated, sometimes rewarding relationship she has had with her often-fervent fans and what it means to look back and close the door on this frenetic time in her life.

“Talking about my experiences as a female was sort of startling to people,” she says of those early days. “People kind of recoiled from it. A lot of people dubbed me as angry, militant. But there was also a lot of women who just came out of the woodwork to say, ‘me too.’”

Ani DiFranco’s memoir, “No Walls and the Recurring Dream,” is available May 7.