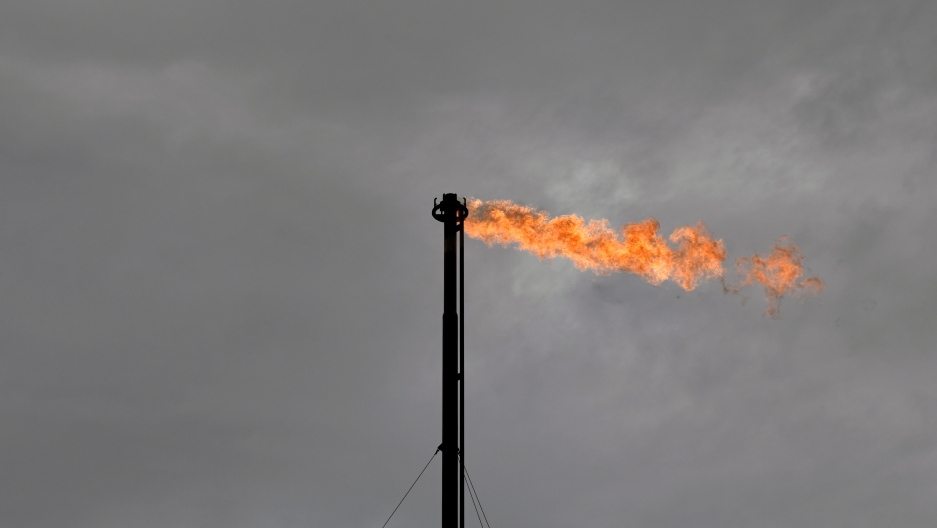 A federal judge in Massachusetts is allowing a suit to go forward over climate risks related to ExxonMobil’s storage tanks near Boston Harbor. Here, natural gas flares off at a production facility owned by Exxon near Carlsbad, New Mexico, Feb. 11, 2019.

ExxonMobil has another climate-related lawsuit on its hands.

In 2018, the State of New York sued the company, alleging it misled investors and the public about the impacts of burning fossil fuels on the climate and the threat climate change posed to Exxon’s business. Now, a federal judge in Massachusetts is allowing a suit to go forward over climate risks related to ExxonMobil’s storage tanks near Boston Harbor.

The Conservation Law Foundation, which brought the suit in 2016, alleges that the oil giant has failed to prepare an oil storage facility in Everett, Massachusetts, against the stronger storms predicted to hit the area more frequently due to climate disruption.

The facility is “nestled right in the heart of a densely populated community, on a tributary to Boston Harbor, which the public in the Commonwealth of Massachusetts has spent literally billions of dollars to clean up,” explains Brad Campbell, president of the Conservation Law Foundation. If the facility were inundated by a storm, the resulting spill would be catastrophic, Campbell says, endangering public safety, public health, public investment and the environment. 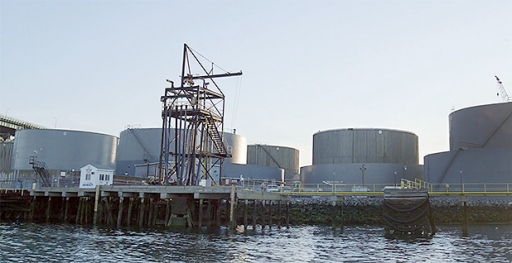 A new lawsuit alleges that ExxonMobil's oil storage terminal in Everett, Massachusetts is at risk of being inundated by storm surge and sea-level rise, putting Boston Harbor and surrounding communities at risk.
Credit:

Courtesy of the Conservation Law Foundation

“Every projection of a Category 1 storm puts this facility underwater, fully inundated,” Campbell explains. “We've seen in [hurricanes] Harvey, Irene and Sandy that these are the types of tanks that readily collapse when there is an inundation of that nature.”

What’s more, Campbell adds, ExxonMobil is failing to address a separate set of climate risks — namely, the consequences of increased rainfall. New England has seen a 70% increase in intense rains in recent years. These are defined as rains of two or more inches in less than 24 hours.

“Because [the facility] has been in industrial use for over a century, every drop of water that hits the ground has to be treated to remove very potent toxics, including a number of carcinogens. ... The new rain patterns are overwhelming the treatment plant at the facility and, as a result — day in, day out — when these rains come, this plant is violating its Clean Water Act permit ..."

“Because [the facility] has been in industrial use for over a century, every drop of water that hits the ground has to be treated to remove very potent toxics, including a number of carcinogens,” Campbell explains. “The new rain patterns are overwhelming the treatment plant at the facility and, as a result — day in, day out — when these rains come, this plant is violating its Clean Water Act permit with major exceedances of very potent toxics going into the Mystic River system — in some cases, thousands of times their permitted level.”

First, Exxon should pay civil penalties for the hundreds of violations at the facility. Second, they must make improvements and upgrades to the stormwater treatment system in order to stop toxics from flowing directly into the Boston Harbor ecosystem. Third, Campbell says, they must implement the necessary safeguards and protections to ensure either that the facility does not become inundated in the case of extreme weather or if it is inundated, that the tanks, pipes and other infrastructure are protected, or designed in a way that enables them to withstand powerful storms.

While it would seem that protecting its own facilities from damage is in Exxon's best interest, the company is actually making a different calculation, Campbell says.

In the short term, by doing nothing, Exxon saves the cost of improving the treatment system and fortifying the tanks against inundation. In the long term, if a catastrophic spill does occur, the public will bear some of the costs.

“The families and businesses that will have oil and toxics flowing through their basements and into their homes will be bearing a cost,” Campbell says. “The taxpayers of the region who paid billions to clean up Boston Harbor, which is now a jewel of economic and urban rebirth in Boston, will suffer a terrible cost. Not all of those costs will fall on Exxon, and that's why it's important that we have statutes like the federal Clean Water Act.”