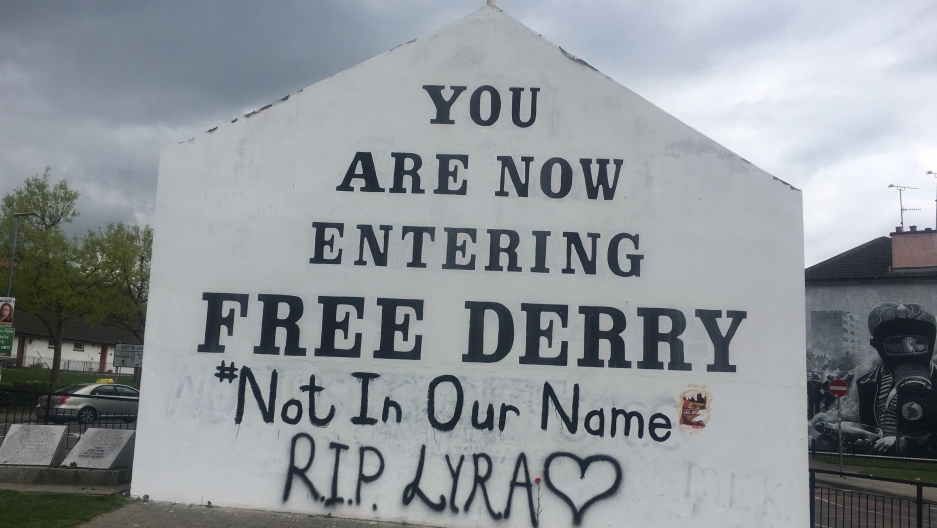 This famous mural is known as the Free Derry Corner. It's been tagged with a message concerning slain journalist Lyra McKee: "Not In Our Name / RIP Lyra."

It’s been several weeks since journalist Lyra McKee was shot dead in Northern Ireland’s Londonderry on April 18. Despite a huge public outpouring, and a $13,000 reward for information leading to a conviction in the case, McKee’s family is still waiting for an arrest to be made.

McKee was fatally shot during rioting in the city. The New IRA, a dissident paramilitary group, has claimed responsibility for her death.

The 29-year-old journalist was laid to rest late last month. For many, the tragedy is reminiscent of past violence in Londonderry.

Kate Nash says she knows what McKee's family is going through. She has been waiting almost 50 years to see the man she believes responsible for her brother’s 1972 killing in Londonderry convicted. She also knows that day may never come.

William Nash, then 19, was one of 13 people shot dead by British soldiers on the streets of Londonderry on Jan. 30, 1972. The day became known as Bloody Sunday and was one of the worst atrocities of the Northern Irish conflict, which spanned four decades. Around 15,000 people took to the streets of Derry that day, protesting against the introduction of a new internment law, which gave authorities the power to imprison people without trial. 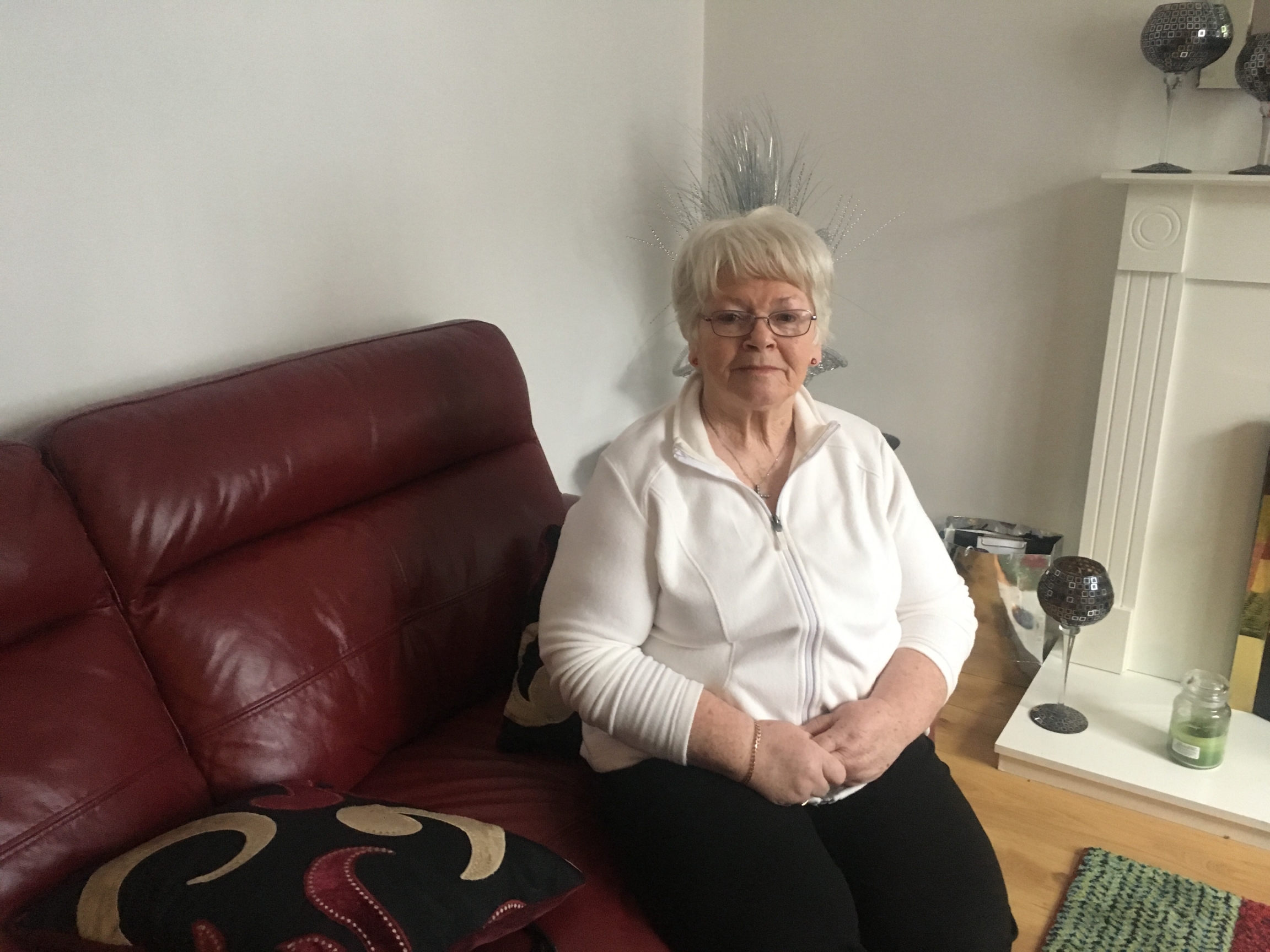 Kate Nash has been waiting for justice in the fatal shooting of her brother, William Nash, on Bloody Sunday, for decades.

The Stormont government had banned such marches, and as the demonstrators made their way to Derry city center, the British army was sent in to make arrests. A little after 4 p.m. that Sunday afternoon, British soldiers opened fire, killing 13 and injuring 15.

William Nash's father, Alex Nash, suffered bullet wounds as he tried to reach his son, who died on the street.

Kate Nash remembers certain details from that day vividly. Like the knock at her front door. She was in disbelief when her neighbor said her brother was dead and her father was injured.

She went to the hospital, where her father was. The scene is embedded in her mind: “Nurses and doctors were crying everywhere; on each floor, nurses were crying. People were howling in distress.”

When she reached her father, his arm was propped up so she could see the wounds. She asked him if he was in pain.

Kate Nash says that although her family hadn't been politically active in the past, they became campaigners determined to see justice for what happened. She says her father never forgave himself for not being able to save William Nash that day. As the years went on, Kate Nash and her sister continued the appeal for charges to be brought against the soldiers responsible. 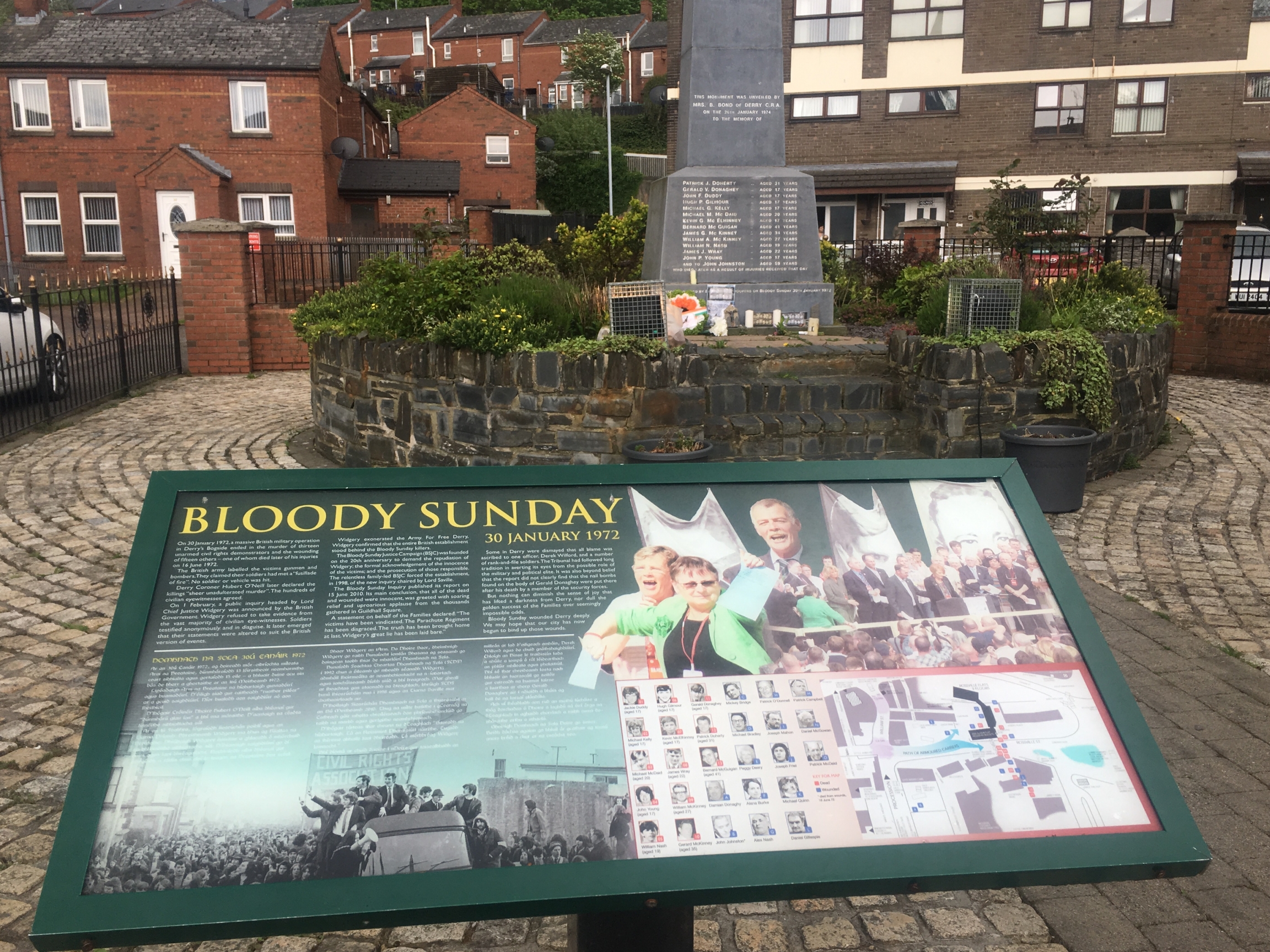 This Bloody Sunday memorial can be found in the Bogside area.

Decades after Bloody Sunday, the Saville Inquiry concluded in 2010 that none of the people killed had posed a threat or were doing anything that would justify their shooting. The Police Service of Northern Ireland launched a murder investigation and delivered its findings in March 2019. Director of Public Prosecutions for Northern Ireland Stephen Herron said one soldier (referred to as "Soldier F") would face charges in relation to the shootings that day. Evidence was insufficient to charge 16 other former soldiers, the prosecutor said in a statement.

“I thought maybe six soldiers would be prosecuted. We were devastated. Lindy [her sister] went out sobbing. We just couldn’t believe it. We were shafted again. They’ve done so much wrong to the Bloody Sunday families.”

Kate Nash says she was devastated by the news. “I thought maybe six soldiers would be prosecuted. We were devastated. Lindy [her sister] went out sobbing. We just couldn’t believe it. We were shafted again. They’ve done so much wrong to the Bloody Sunday families.”

The Nashes and other victims’ families plan to appeal the decision. Kate Nash worries the longer it goes on, the greater the chance that the soldiers themselves will no longer be living.

Slain journalist McKee, who was born in Belfast, was a child when the Good Friday peace agreement was signed. Recently, she had moved to Derry to live with her partner.

Kate Nash, who had met her on a few occasions, said her enthusiasm for life and her desire for people to be treated equally in spite of their politics or sexual orientation was striking.

“She just wanted people to enjoy their lives. To be treated fairly with equality. She was such a great campaigner and great writer. So generous of spirit.”

“She just wanted people to enjoy their lives. To be treated fairly with equality. She was such a great campaigner and great writer. So generous of spirit.”

Despite almost five decades of waiting for justice in her brother's case, Kate Nash believes the person who shot McKee will be caught and convicted. She believes people will not be intimidated into silence like before. 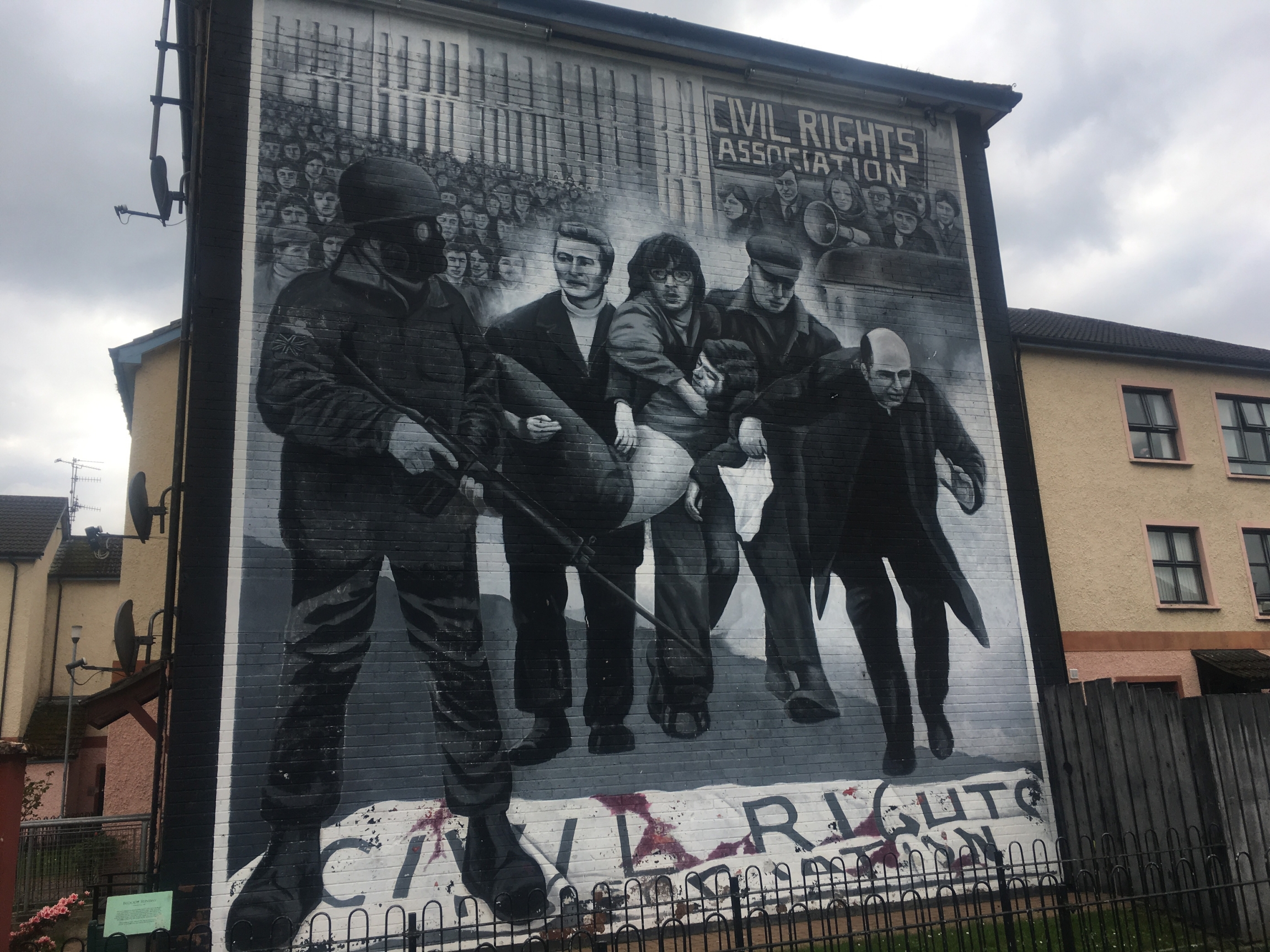 In this mural, men carry a body while a soldier is standing in front. This is a famous image from Bloody Sunday. The man on the right waved a white handkerchief at the British soldiers to stop shooting as he steered the injured man down the street.

But only one thing will truly bring Kate Nash peace. A conviction for William Nash's death.