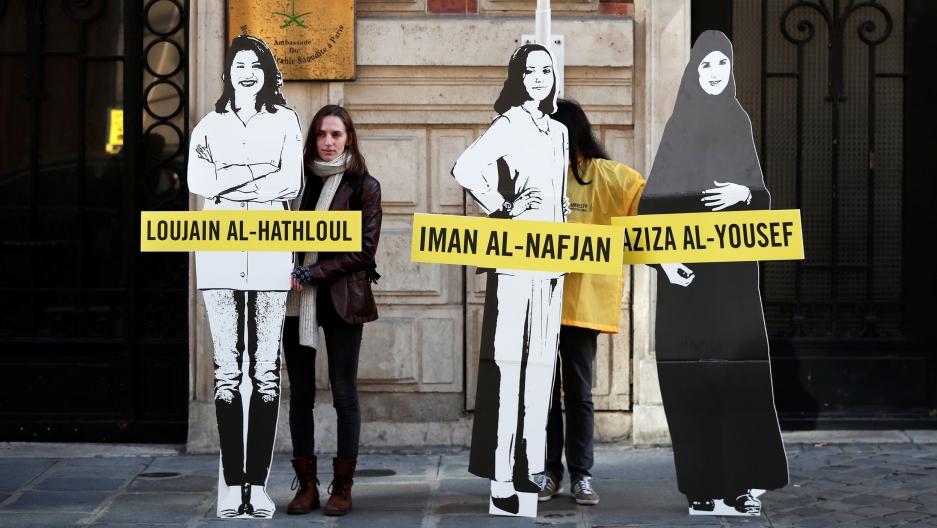 Loujain al-Hathloul defied the ban on women driving cars in Saudi Arabia when she filmed herself driving and posted her videos on YouTube.

That was nearly a year ago.

After the driving ban was lifted, Hathloul and other activists were put in jail anyway.

She remains in prison, and now there are reports she's being tortured. A hearing on her case was postponed last week but the judge didn't give a reason why. 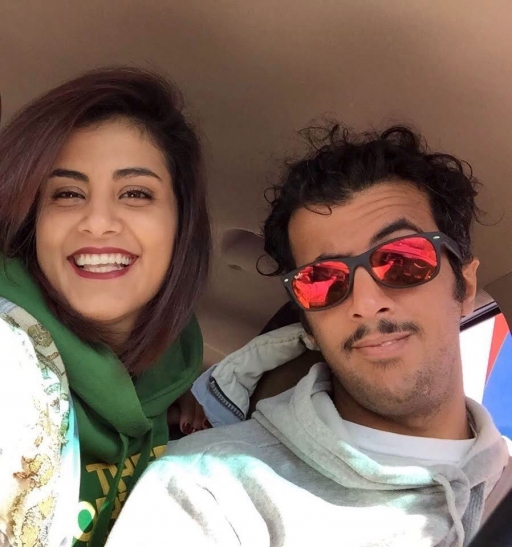 Walid al-Hathloul, right, poses for a photo with his sister, Loujain al-Hathloul, who has been in Saudi prison for more than a year.

Loujain's brother is Walid al-Hathloul, who has been speaking to US media to bring attention to his sister's case.

"She's holding up right now. She's recovering from, you know, the experience she went through — brutal torture and sexual harassment," Hathloul explains. "That was happening in a secret facility that is outside the jail in Jeddah and that was like in a facility that looks like a hotel."

Hathloul says his sister noticed Saud al-Qahtani at one of the torture sessions. Qahtani, a former adviser to Crown Prince Mohammed bin Salman, vanished in the wake of the murder of journalist Jamal Khashoggi. He is suspected of playing a major role in the killing of Khashoggi.

Halthloul spoke to The World's Marco Werman about his sister's imprisonment and trial delay.

Marco Werman: Are your parents worried about their own safety? I mean, if your sister was in an interrogation with an associate of the crown prince, I'd think that might make them a little nervous.

I believe like everyone in Saudi Arabia is nervous right now. The fact is, the way they arrested Loujain, armed men got into the house without like a permit and they got Loujain and for one month we didn't know where she was.

Related: Saudi Arabia loosened some of its strict social rules, but intimidation of activists continues

In support of your sister, Walid, you've gone to Capitol Hill, you've addressed Congress, you've asked singer Mariah Carey and producer Akon to speak out. They both have business connections to Saudi, performing there specifically. What do you hope they do on Loujain's behalf?

To speak out and address the issues. But the fact is, you know, I wrote an op-ed addressing that to Mariah Carey but she hasn't responded to it. And she insisted to go, well, that's fine if you want to go into Saudi Arabia, that's fine. But what I was asking for is just to speak out for Loujain and other women. But she did not.

I mean you're taking a gamble, in a way. You're bringing attention to Loujain's plight, but do you worry that speaking out will possibly make things worse for her?

We thought at the beginning that being silent would solve the issue. The fact is, we stayed silent for eight months and we thought that would help her. But after eight months, we found out this madness — the torture, the sexual harassment, the bad treatment — and now we are left out with no options but to speak out.

You told our partners at the BBC that Loujain was so traumatized by what she went through during interrogations that she actually wants to remain in jail. Given all of that, why do you think your sister wants to stay in jail?

It's because of how they damage her reputation and that getting out of jail with a bad reputation would not help with the opportunities, such as finding a job and so on.

Do you think leaving prison might actually be a risk to her own personal security — like, would people want her dead?

I don't think that would happen but it's just about the fact that she wouldn't live a normal life. What people would not see her like you know the way they saw her at the beginning when she was arrested, when they labeled her as a traitor and this is what has been published in local newspapers.

Walid, what do you think is going to happen to your sister's case?

Honestly, I don't know. I wish [I had] the answer for that but I don't think anybody would know what will happen.