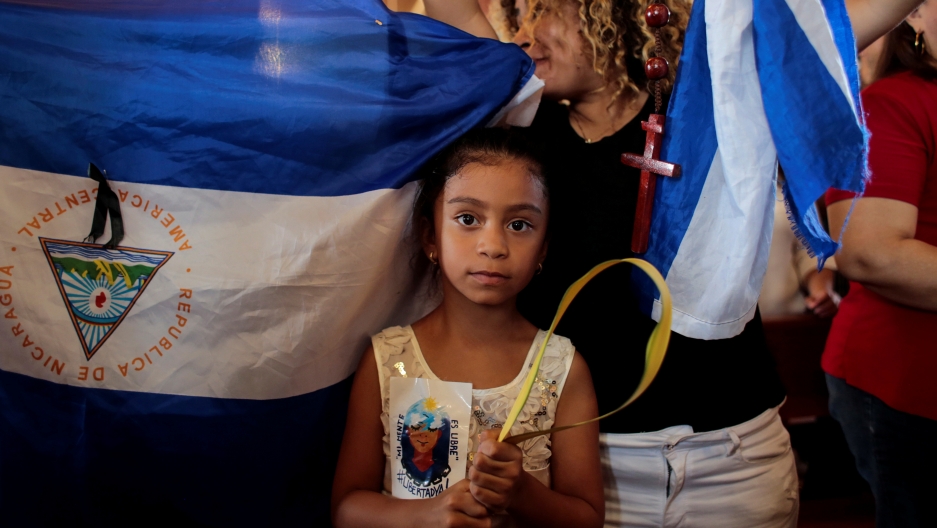 One year ago, Nicaragua’s government was on the verge of collapse.

By May 2018, 70% of Nicaraguans wanted Ortega — who has grown astonishingly rich ruling Central America’s largest country — to resign.

“This is not a dialogue,” student activist Lesther Alemán told Ortega during a May 2018 televised negotiation with the government. “This table is to negotiate your exit, and you know it very well because the people have demanded it.”

Today, President Daniel Ortega is back in control. Alemán and hundreds of other opposition leaders fled the country. And at least 50,000 Nicaraguans, including dozens of reporters, have escaped to neighboring countries.

But for a few flare-ups of protest — all quickly and violently quashed — Nicaragua’s “tropical spring” has lost its momentum. What happened?

I am an American scholar who has researched Nicaraguan politics for years. When the political chaos forced my family and me to abandon Managua in June 2018, I felt fairly certain that Ortega’s days were numbered.

In a democratic society, I might have been right. Since 1985, 70 percent of all democratically elected Latin American presidents who faced similarly sustained street protests were ultimately removed from office.

Ortega has defied these odds by becoming the kind of strongman leader he rebelled against as a hero of Nicaragua’s 1979 Sandinista Revolution. Using calculated repression to crush dissent and anti-imperialist rhetoric to deflect blame, Ortega has actually strengthened his grip on power.

This is Ortega’s third consecutive term as president and fifth time governing Nicaragua. He first came to power in the 1980s as head of the Sandinistas’ post-revolution ruling junta and, in 1985, was elected president.

In 1990 Ortega lost to Violeta Chamorro, who ushered in 16 years of conservative government in left-leaning Nicaragua. Ortega returned to office in 2007.

Since then, Ortega has systematically concentrated power in the executive branch, stacking the supreme court with party loyalists, cracking down on press freedom and, in 2014, abolishing presidential term limits.

In 2016, Ortega won his third consecutive term with over 70% of the vote and made his wife, Rosario Murillo, his vice president. But just 30% of the Nicaraguan electorate turned out that year — the first sign that Ortega’s popularity was waning.

‘They wanted me dead or alive’

Ortega has mobilized all the power of the Nicaraguan state — a government he built from scratch in his mold — to survive.

The regime has sent riot police and pro-government paramilitaries to beat, shoot, terrorize and arrest protesters. Some political prisoners have been released, but an estimated 800 protesters are still in jail. There, say dissidents, they have been tortured with waterboarding, electric shocks and sexual assault. Many report being forced to record self-incriminating videos.

After 20-year-old Lesther Alemán confronted Ortega on national TV last May, death threats poured in, forcing him into hiding and, eventually, exile. Alemán contends that the government offered US$50,000 dollars for his capture.

“They wanted me dead or alive,” he told me recently from his new home in the United States. “That was a before-and-after moment. Since then, nothing has been the same.”

A majority of Nicaraguans agree. According to a Cid Gallup poll conducted in January, 74% say life has worsened over the past year, 66% disapprove of the government and 54% want Nicaragua’s next presidential election moved up from 2021 to this year.

Only 25% of respondents align themselves with Ortega’s Sandinista party.

Still, the numbers show, Ortega retains remnants of his base.

Like his Venezuelan ally Nicolas Maduro, who blames the US for his country’s economic and humanitarian crisis, Ortega has rallied supporters by blaming the United States for the popular uprising against him.

A mariachi song called "Daniel Stays" — a sign that many Nicaraguans remain loyal to Ortega.

“The United States has poisoned our work through intervention, that’s where the root of the problem lies,” Ortega told the Venezuelan TV channel Telesur in July.

Ortega’s claims appeal to deep anti-American sentiment resulting from the United States’ repeated interference in Nicaragua’s political affairs. These include a US military occupation from 1912 to 1933 and, in the 1980s, the Reagan administration’s clandestine financing of a bloody rebellion against Ortega himself.

Many people I interviewed believed that Nicaragua’s revolt reflects Trump administration plotting — not popular outrage at a corrupt and distant government.

“Why should we trust the United States?” a longtime Sandinista party member asked me during last April’s demonstrations.

There’s no evidence of direct US involvement in Nicaragua’s crisis.

Since it began, the Trump administration has punished Ortega’s government for curbing civil liberties by severely limiting its access to international financial markets, and sanctioned members of his administration, including his wife.

For years, the United States Agency for International Development has also invested moderately in the country to “bolster democratic governance and expand educational opportunities.” Between 2015 and 2018 Nicaraguan civil society groups received $92 million in development aid — roughly equivalent to the aid sent to neighboring Central American countries. The National Endowment for Democracy — a private nonprofit foundation with close ties to the Department of State — has spent an additional $4.1 million to strengthen democratic institutions in Nicaragua since 2014.

US-funded projects include the civics workshop that Jeancarlo López, an engineering student turned dissident, took in 2017 at the Center for Development and Democracy.

“The things we learned were the basic things you should learn in school about human rights and democracy,” he said.

“Ortega labeled us terrorists,” he said. “But the truth is hard to hide.”