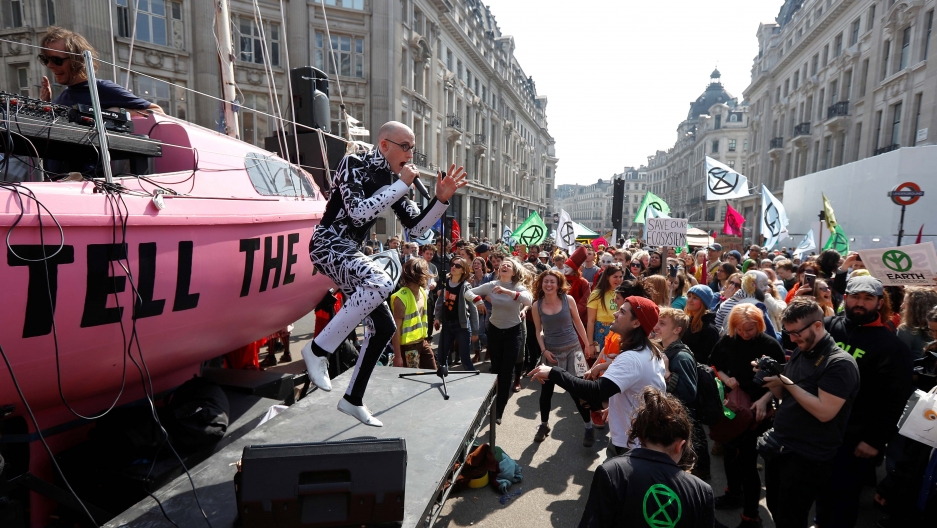 A performer sings to climate change activists demonstrating at Oxford Circus during an Extinction Rebellion protest in London, Britain April 15, 2019.

Thousands of environmental activists paralyzed parts of central London on Monday by blocking Marble Arch, Oxford Circus and Waterloo Bridge in a bid to force the government to do more to tackle climate change.

Under sunny skies, activists sang songs or held signs that read "There is no Planet B" and "Extinction is forever" at some of the capital's most iconic locations. Roadblocks will continue night and day at each site and the demonstrators say the protests could last at least a week.

The protests are being led by the British climate group Extinction Rebellion and will involve demonstrations in 33 countries around the world over the coming days.

"I realized that signing petitions and writing letters was not going to be enough. Real action is needed," said Diana McCann, 66, a retired wine trader from south London, holding a banner in the middle of a traffic-free road. "It's like a world war. We have to go on to a war footing."

Extinction Rebellion, which generated headlines with a semi-nude protest in the House of Commons earlier this month, has warned its members that some of them could be arrested for taking part in non-violent civil disobedience. 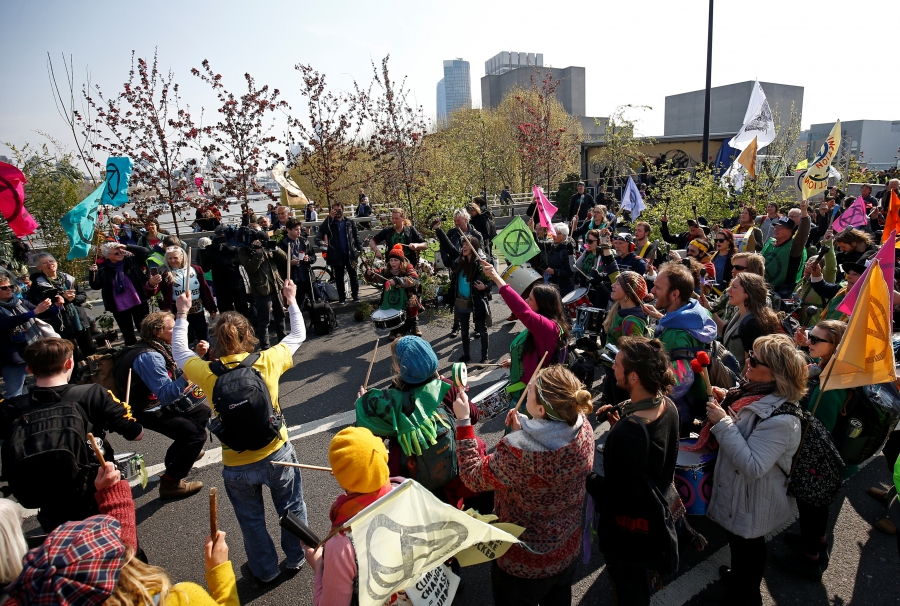 The group is demanding the government declare a climate and ecological emergency, reduce greenhouse gas emissions to net zero by 2025 and create a citizen’s assembly of members of the public to lead on decisions to address climate change.

At the Shell building near the River Thames, two protesters scaled up scaffolding writing "Shell Knows!" in red paint on the front of the building and three protesters glued their hands to the revolving doors at the entrance.

Activists said they smashed the glass of a revolving door and caused more than 6,000 pounds ($7,900) worth of damage. At least one person was arrested by police for criminal damage.

The protest had a festive atmosphere, with many families in attendance, and a low police presence.

Extinction Rebellion wrote to Prime Minister Theresa May on Monday outlining their demands and asking for face-to-face talks, warning that they will escalate their disruptive actions over the coming weeks unless the government acts.

"Make no mistake, people are already dying," the letter states. "In the majority world, indigenous communities are now on the brink of extinction. This crisis is only going to get worse … Prime minister, you cannot ignore this crisis any longer. We must act now."

Organizers of the protests circulated legal advice to anyone planning to attend, requesting they refrain from using drugs and alcohol, and asking them to treat the public with respect. 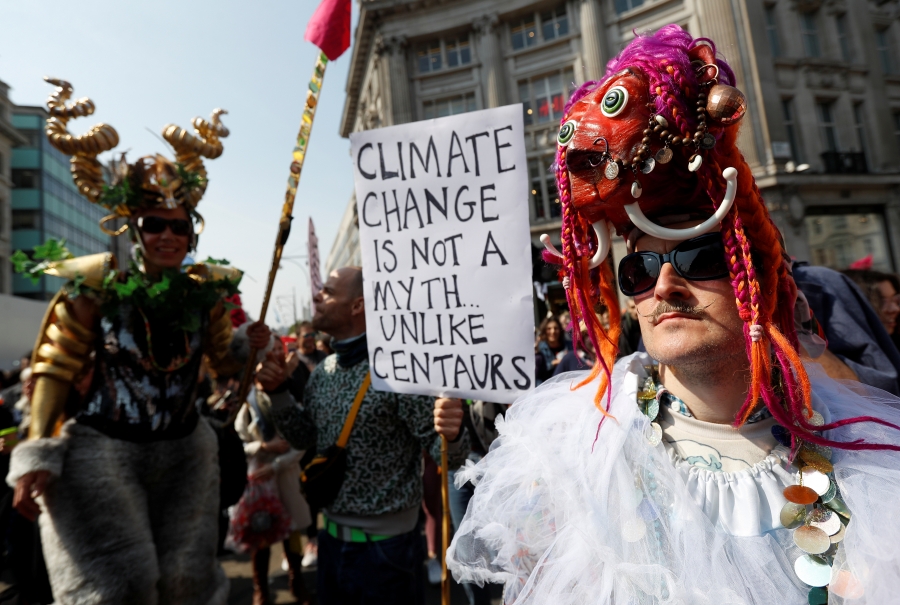 London's police have advised people traveling around London in the coming days to allow extra time for their journey in the event of road closures and general disruption.

Rowan McLaughlin, 47, a teacher, said this week's protests were more important that the huge pro- and anti-Brexit protests in London recently.

"In Europe, out of Europe, it makes no difference if we have no liveable habitat," he said. "We're just going to get bigger and more annoying until the government speaks to us."