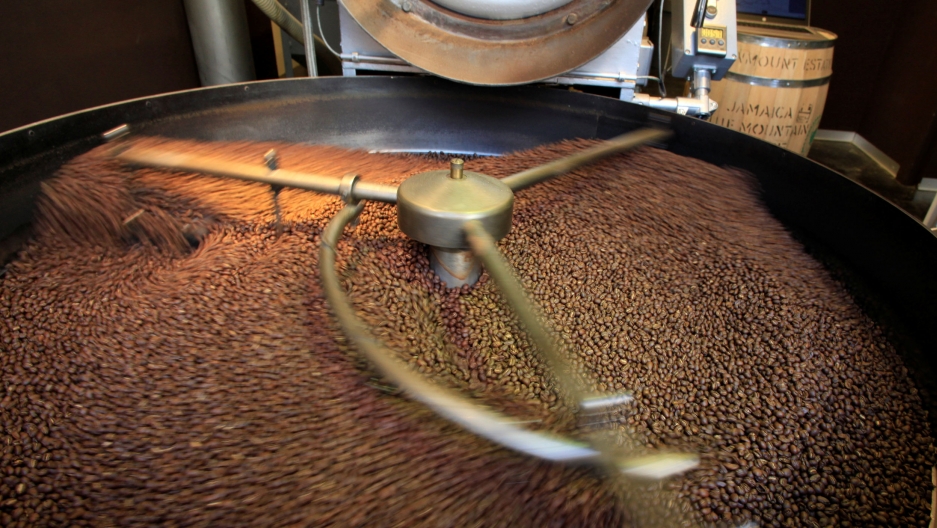 Freshly roasted coffee beans cool down in a tumbler at H. Schwarzenbach coffee roastery in Zurich, Switzerland. Earlier this week, Switzerland announced it would no longer stockpile coffee.

From European coffee houses in the 18th century that fostered philosophers such as Voltaire to Starbucks and Dunkin' with free Wi-Fi, the caffeinated beverage has long fueled creativity and culture.

But is it essential to human life?

The Swiss government doesn’t think so. Its Federal Office for National Economic Supply announced Wednesday that it will no longer stockpile the beans in emergency reserves meant to protect Swiss citizens in cases of war or natural disaster.

*Checks list of places to ride out the apocalypse*

The news came on the eve of the Specialty Coffee Expo, an annual gathering of tens of thousands of coffee professionals from around the world taking place this weekend in Boston. And many of the attendees might be inclined to disagree with the Swiss government. 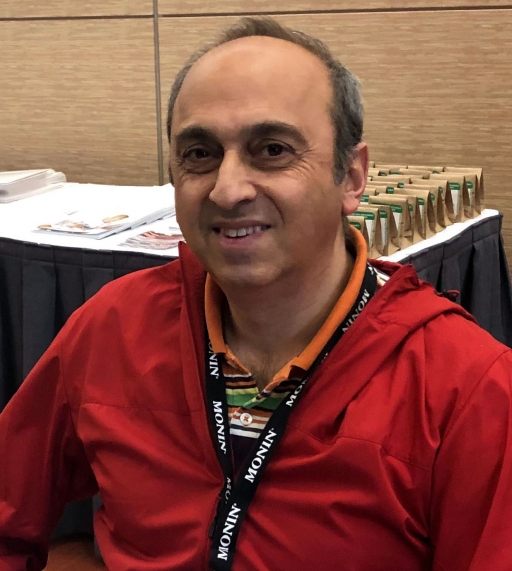 Chahan Yeretzian, a scientist who heads the Coffee Excellence Center, a research institution in Zurich focused on coffee technology and innovation, attends the Specialty Cofee Expo in Boston, Massachusetts, on April 12, 2019.

The “non-essential” designation disappointed Chahan Yeretzian, a scientist who heads the Coffee Excellence Center, a research institution in Zurich focused on coffee technology and innovation. He spoke to The World at the expo Friday.

“I was really sad because coffee has such a symbolic value for us,” he said. “There’s always been a stockpiling of coffee because it has such an emotional and social binding to people.”

The expo is a mecca for its more than 13,000 coffee-lover attendees. There, they examine the latest coffee-making techniques and technologies. The air Friday was filled with the smell of espresso beans. Event highlights include a competition for new coffee and tea industry products, as well as the World Coffee Championships, where people compete for the titles of world’s best barista or best brewed cup.

Since the world wars, Switzerland established reserves of staples, such as sugar, rice edible oils, and animal feed. It was the landlocked country’s way to prepare for a natural disaster, war, or any other emergency, says Hans Helfiger, the director at Réservesuisse, one of the companies that oversees food stockpiles in Switzerland.

As part of that effort, Nestlé and other major importers of coffee, retailers, and roasters have been required by Swiss law to store raw bags of coffee at their facilities, Helfiger explained.

More than 15 companies with mandatory coffee reserves hold about 15,300 tons in total, which is enough to cover three months of the Alpine nation’s domestic coffee consumption.

And the Swiss are serious about their coffee: Residents consume about 9 kilograms (or 20 pounds) of coffee per person annually, compared to 3.3 kilograms for the average British citizen and 4.5 for Americans, according to the International Coffee Organization.

It seems that wasn’t enough to sway the Swiss government.

“Coffee has almost no calories and subsequently does not contribute, from the physiological perspective, to safeguarding nutrition,” it said this week. A final decision on abolishing coffee stockpiles is expected in November.

Helfiger said he disagrees with the government’s decision.

“We’re not so happy with the new idea by the government,” Helfiger said. “The new logic is based off only calories. It’s clear that coffee never had calories in it.”

He argues that coffee has psychological importance to people that would make it necessary to have in case of an emergency.

“If you’re in a crisis, sometimes you need some other psychology elements to survive, I would say. And coffee, all of us know, it’s a great way to start the morning,” Helfiger said. He also cites its vitamin and antioxidant benefits.

Warning: The following piece includes descriptions of scenarios that might be disturbing for true fans of coffee, the popular hot or cold beverage. https://t.co/Xrb6jDz3cz

But while Yeretzian, a former manager at Nestlé, agrees, he doesn’t think it’s necessary to continue the 100-year-old system of stockpiling coffee.

“Today coffee production is really widespread,” Yeretzian said. “So if there’s a crisis somewhere, we’re going to find the supply from somewhere else.”

Reserve companies pay 3.75 Swiss francs for every 100 kilograms of imported beans, raising 2.7 million Swiss francs annually to compensate companies for storing coffee. But if the proposal goes into effect, importers will no longer have to stockpile coffee after 2022.

As to whether or not coffee is essential to human life?

Well, Yeretzian says it definitely has the power to bring people together.

“For me, coffee is a world in itself,” Yeretzian said. “But it’s a world that lives in peace.”