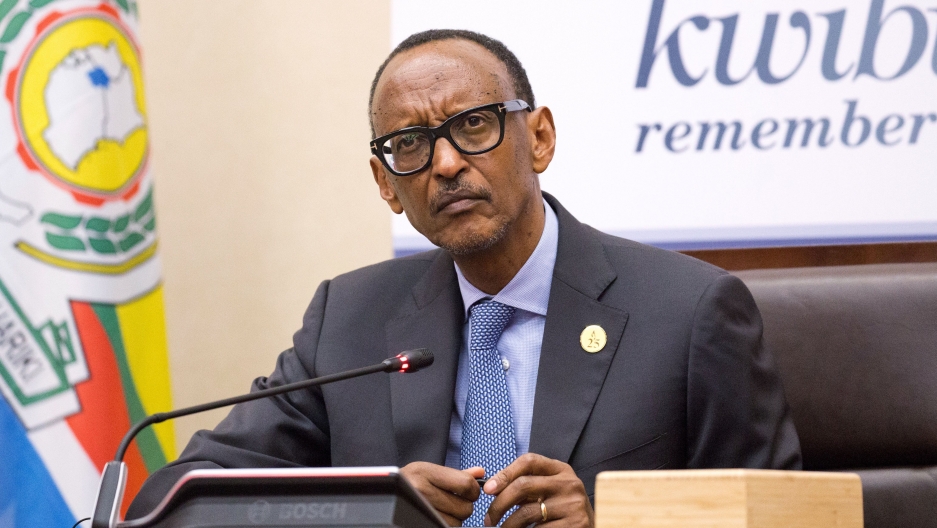 When Rwandan President Paul Kagame pardoned 367 women last week who were imprisoned for abortion, it came as a welcome surprise to many women’s rights activists there and around the world. Kagame also pardoned 62 women for abortion in 2016. Some see the president's latest move as a sign that the country is easing restrictions on abortion.

Related: Legal abortions remain elusive in Argentina, especially for the most vulnerable

The topic of abortion and reproductive rights has been in the news a lot lately around the globe. Earlier this week, the South Korean government announced it would legalize abortion. Meanwhile, in the US, there’s some movement in the opposite direction: On Friday, the White House will screen an anti-abortion film, “Gosnell.” Another anti-abortion movie, “Unplanned,” is in theaters nationwide now.

Additionally, Ohio recently passed the “heartbeat bill,” banning abortions after six weeks into a pregnancy — one of the strictest laws in the country.

Chantal Umuhoza is with the rights group Spectra in Kigali, the capital of Rwanda. She was not expecting Kagame’s move to pardon the women last week.

“It's not very often that he pardons people for different crimes. So, for this to happen twice … this time, it really showed us as activists that there was something that was positive to come,” said Umuhoza.

She hopes that Kagame will eventually lift the ban on abortions altogether.

Related: Abortion is legal in Italy, but most doctors refuse to perform them

Umuhoza met with some of the pardoned women after their release. She says several of them told her they had been arrested after they sought medical help for a miscarriage.

“They had bleeding and then when they went for medical care, someone reported them — saying they had an abortion. And they were taken to prison.”

“They had bleeding and then when they went for medical care, someone reported them — saying they had an abortion. And they were taken to prison,” Umuhoza said. In Rwanda, women can be jailed, and shamed, for having an abortion.

In fact, Rwanda once had one of the most restrictive abortion laws in Africa. But in 2012, the government revised the law to allow abortion in cases of rape, incest, forced marriage or fetal impairment. But even then, a woman seeking an abortion had to get court approval. That changed last year, says Asia Russell with the group Health Global Access Project.

Some women who became pregnant as a result of rape were forced to carry their children.

Advocates say they hope Kagame’s pardons signal that the government may be moving toward making safe abortions accessible to more women.

“No human should ever be criminalized for the health services that they require. And abortion is ultimately health care.”

“No human should ever be criminalized for the health services that they require. And abortion is ultimately health care,” Russell said.

But Rwanda is still a conservative country, Umuhoza says. She points out that even though more than 50 percent of the lawmakers are women, it doesn’t mean that they support abortion rights.